Posted by:
Tags:  Children of the Corn creepy kids Daddy’s Little Girl horror villains Pet Semetary The Bad Seed The Brood The Children The Good Son Village of the Damned Who Can Kill a Child

All kids can be a little naughty, but the tiny terrors from these ten horror films are scarier than many of the biggest and baddest villains in the genre.

Horror has given us some of the most terrifying creatures that we could ever imagine, but they can’t compare to the unknown evil resting inside those we find innocent and incapable of doing any harm. What makes a child such a frightening villains is that he/she is usually the last person we’d expect to be able to kill without worry and manipulate everyone close to them. But the fact that people rarely suspect them also make them chillingly effective antagonists.

Here are ten terrifying kids who take the term ‘bad seed’ to a whole new level. 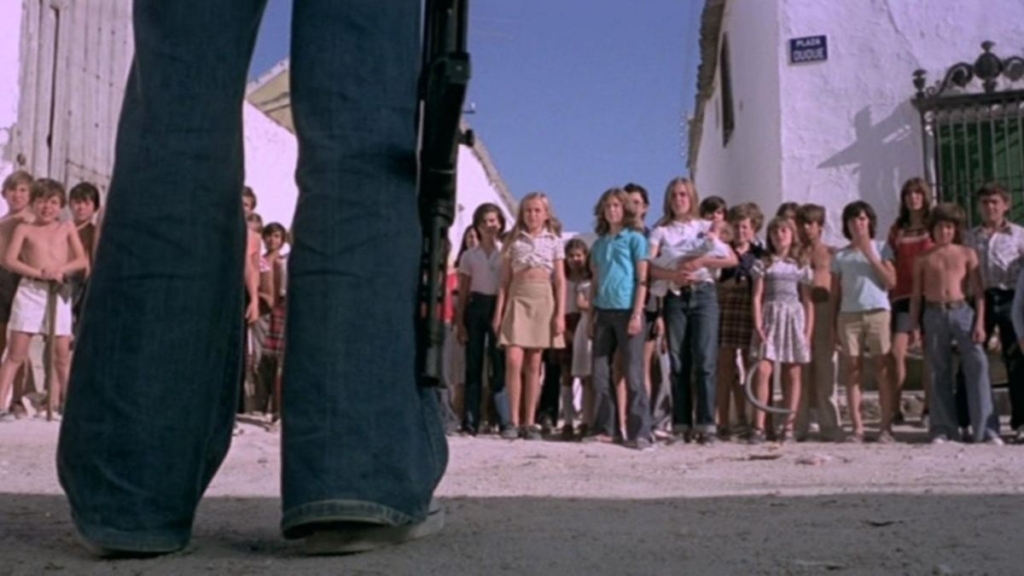 This 1976 Spanish horror film shows that a group of children can be as terrifying as any monster. This film begins as an English couple take a final vacation before the birth of their child. They arrive on a small island and find that there are only children there. As they try to enjoy their time together, they find that the children can play a little too rough. What makes the children in this film so creepy is how extraordinarily ordinary they are. And unlike in Children of the Corn (#3 on our list), there is no reason why they began to kill. 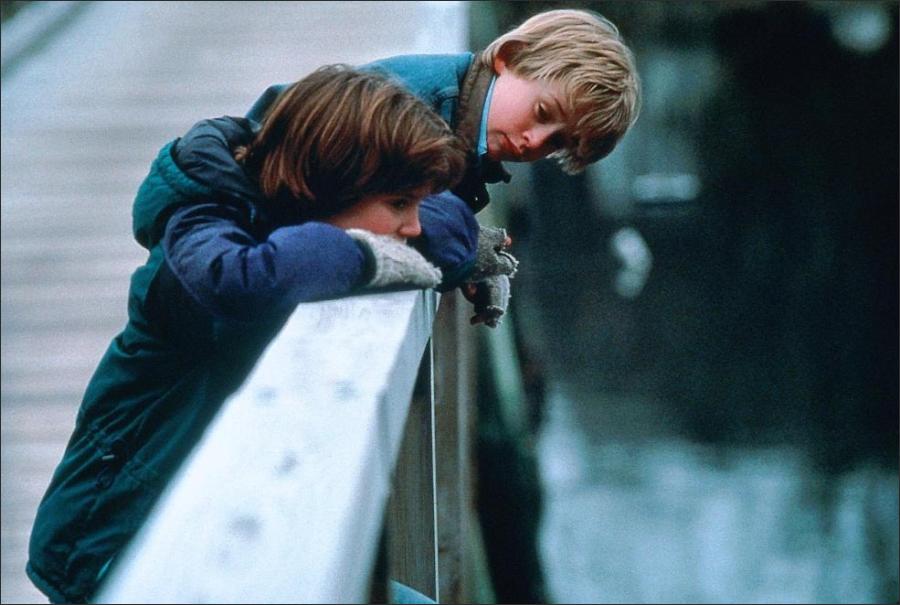 This 1993 American psychological thriller starring Macaulay Culkin and Elijah Wood is a mother’s worst nightmare. Mark (Wood) lost his mother, and he spends some time with his aunt and uncle and their son, Henry (Culkin). The two 12-year-old boys get along at first, until Mark notices that something isn’t normal about Henry. Many critics claim that casting Culkin made the film into a comedy because of his iconic role of Kevin in Home Alone, but I felt that helped add surprise to this film. His innocence made this character’s creepiness shine brighter. 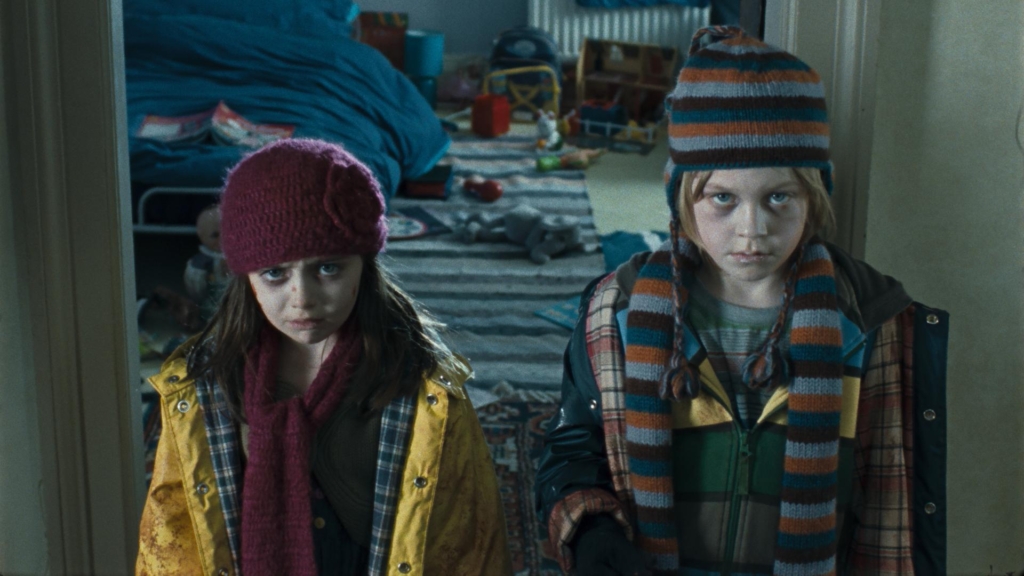 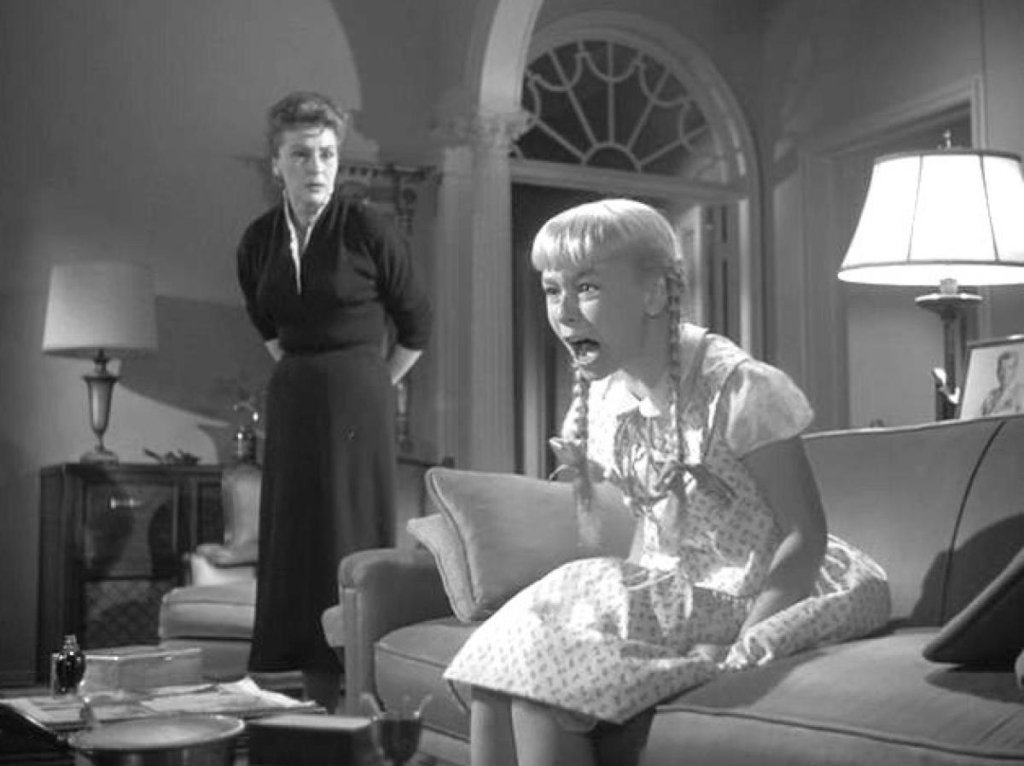 This 1956 American psychologic horror film features the very adorable eight-year-old Rhoda, who lives in an apartment complex with her Mother and Father (who leaves for military duty). A chain of events spirals out of control when Rhoda’s classmate drowns in a river — the same river her class visited for a school picnic just days before. What makes Rhoda so terrifying is that she doesn’t get sick, and there is no real reason for her dark turn. The film focuses more on the mother wondering if Rhoda is a sociopath, which raises the question about nature versus nurture. 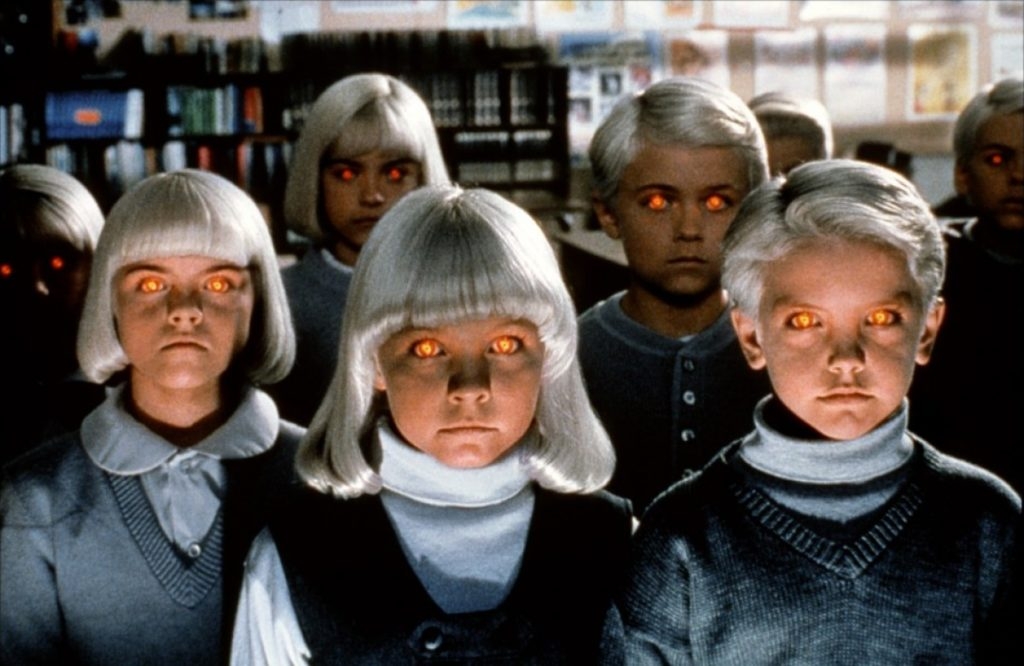 This 1995 American remake of the 1960 British film stars Christopher Reeve (in his last role before he was paralyzed while horseback riding), Kirstie Alley, and Mark Hamill. Everyone in this small town in California fall unconscious for six hours. After they wake up, ten females are pregnant. All the children have the same pale skin and platinum blonde hair. These little children act much like  another creepy child, Damien from The Omen, which makes it more terrifying since there are multiple evil children instead of just one. 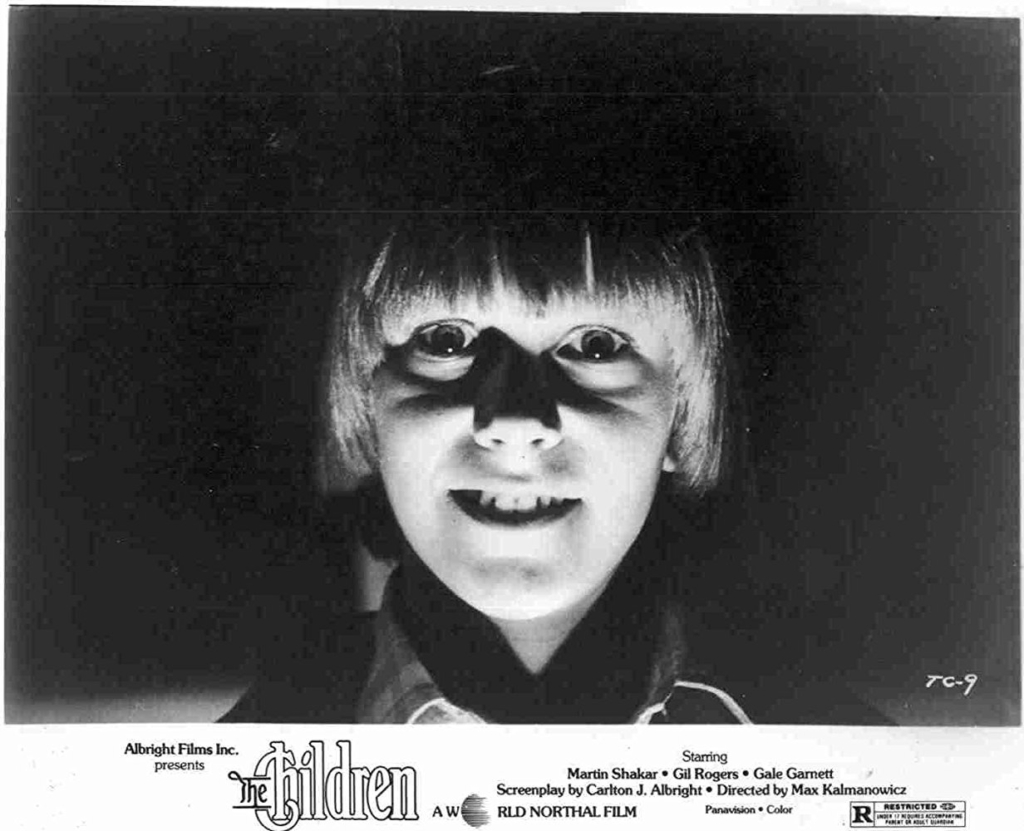 This 1980 low budget horror film tells the story of five children who turn into zombies after their school bus passes a toxic cloud of nuclear chemicals. These families are alerted that their children are missing, but when the children return on their own, it wasn’t the reunion they thought it would be. Worry turns to fear as the children return home acting strangely with their fingernails turned black. The children in this film act much like the zombies we all know (aside from some ability to speak) yet their abilities are very different. 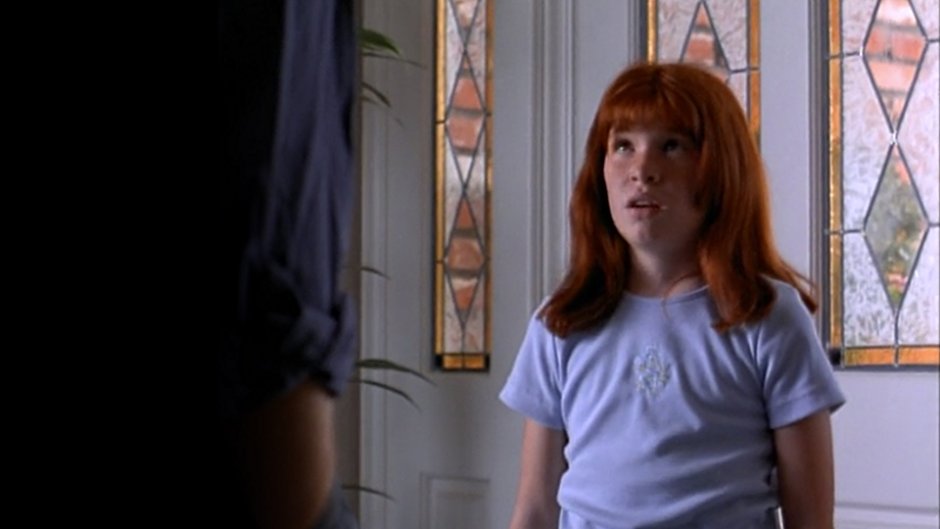 This 1996 psychological thriller is a strange mix between Orphan and Problem Child. Married couple Don (William Katt, who ironically took over John Ritter’s role for Problem Child 3) and Barbara Mitchell (Michele Greene) adopt 11-year-old Jody, who becomes very attached to Don. So attached that she starts to kill everyone that stands in her way to her new father’s love. Her bright red hair is as fiery as her face as she takes down obstacles one by one. 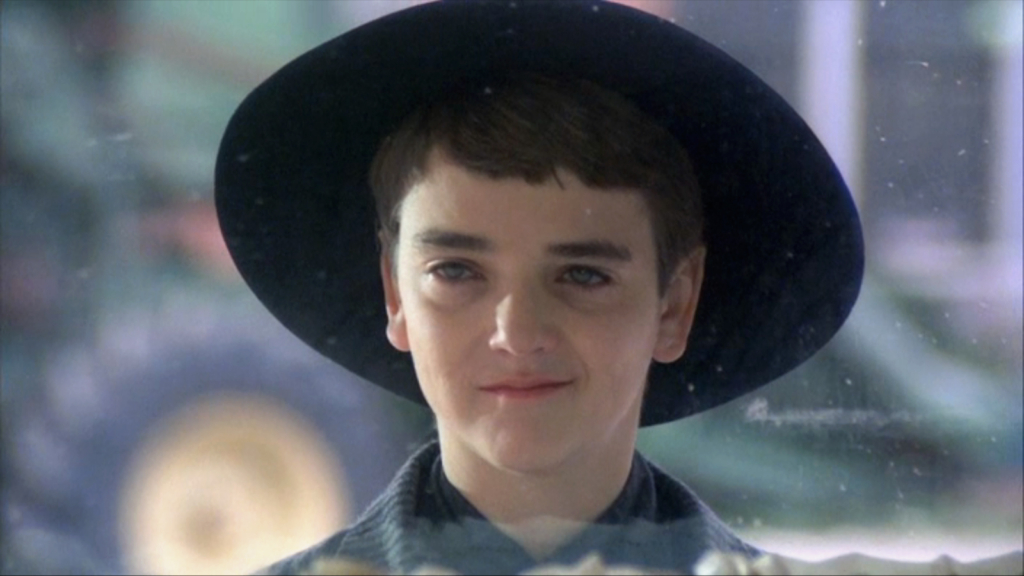 This 1984 horror film is based on a short story by Stephen King. In the small town of Gatlin, Nebraska, a supernatural entity entices the children to kill all the adults. The children are led by Isaac (John Franklin), who creates a cult surrounding the entity called “He Who Walks Behind the Rows”. A couple traveling through the town accidentally hit a boy who is trying to escape from the cult. While most of the children in this film are scary just by the sheer number of them, Isaac rises above them with his short stature and maturity. John Franklin suffered from a growth hormone deficiency and was actually 25 when he stared as Isaac. 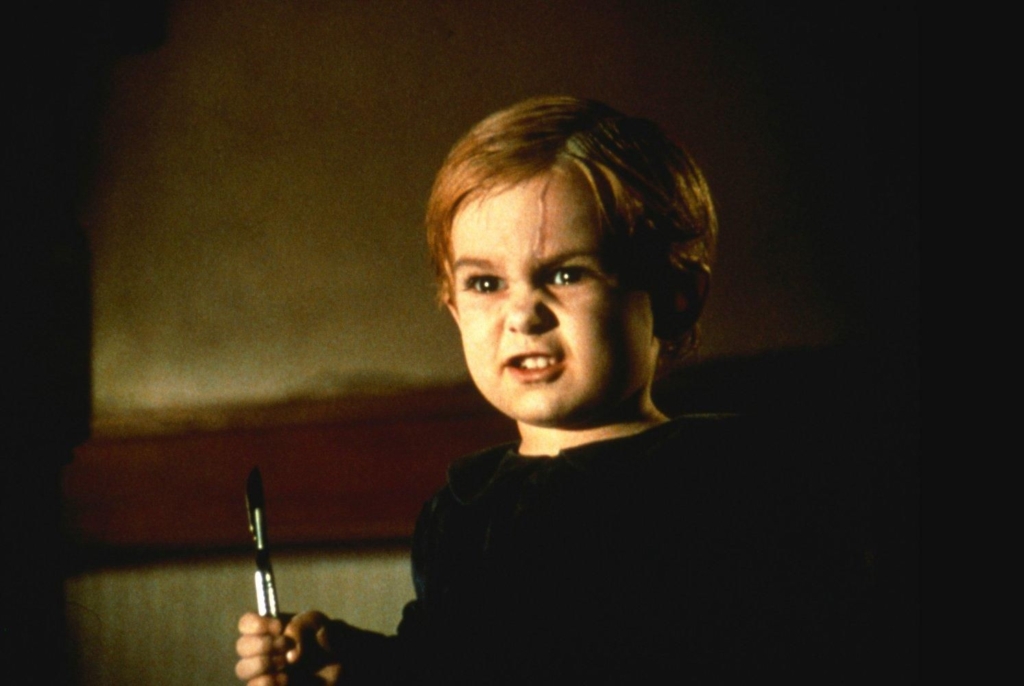 This 1989 horror film is also based on a story by Stephen King. The family live in front of a Pet Sematary, where the children of the area have buried their pets. Behind the Sematary, there is an Indian burial ground that brings whatever is buried there back to life — but they don’t come back in one piece. After adorable little Gage is tragically killed, his grief-ridden father buries him there. Gage comes back very different than how he was. What makes him so creepy is how little he is (under 2 years old) and how his childlike banter has a darker twist to it. Plus, don’t forget that creepy zombie child giggle. 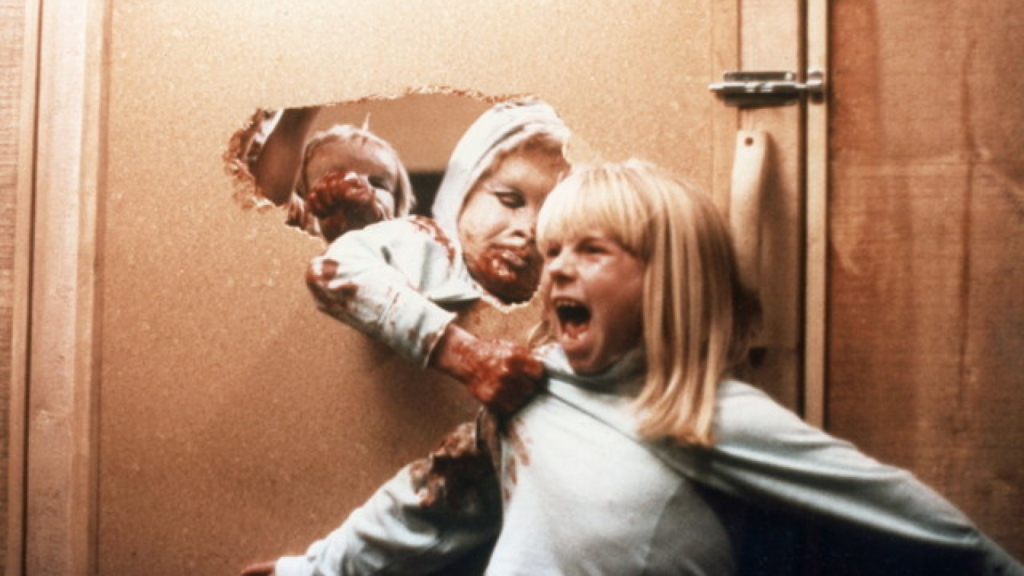 This 1979 Canadian psychological horror film features mutated children who appear while Frank’s wife Nola is undergoing treatment at a mental institution. These child-like creatures are beyond terrifying, as they seem to follow around Frank and Nola’s five-year-old daughter Candice, killing everyone around her. What makes these kids so creepy is their deformed facial features. They might appear to be normal children at first, but their duplicated appearances and strange attire quickly give them away.