Ignore the critics. On this episode of Couch Trip CineBytes, Matthew Currie Holmes explains why “Street Kings” and “The Accountant” deserve more love.

Film criticism, while useful at times, is also inescapable. And too often, films worthy of attention get immediately overlooked due to early, unfavorable reviews. In fact, Rotten Tomatoes seems to wield the power to make or break a film with its dreaded tomatometer. A high score film from the aggregate often insures a movie does well, and a negative ‘splat’ may sometimes be the kiss of death.

But let’s be honest: Sometimes the hive mind just gangs up on a poor movie, and it becomes unfairly maligned. Sometimes, the critics get it wrong.

On this episode of CineBytes, I fervently defend two contemporary films where I believe the critics were a little too unkind.

For me, the Los Angeles noir cop thriller Street Kings (RT score 36%) and the idiot savant action flick The Accountant (RT Score 52%) are examples of movies that do everything right. But for some reason, they did not curry favor with the critics. I’m here to offer an alternative opinion and maybe convince you why these films are so much better than the critic consensus would have you believe. Trust me…it’ll be a fun ride! 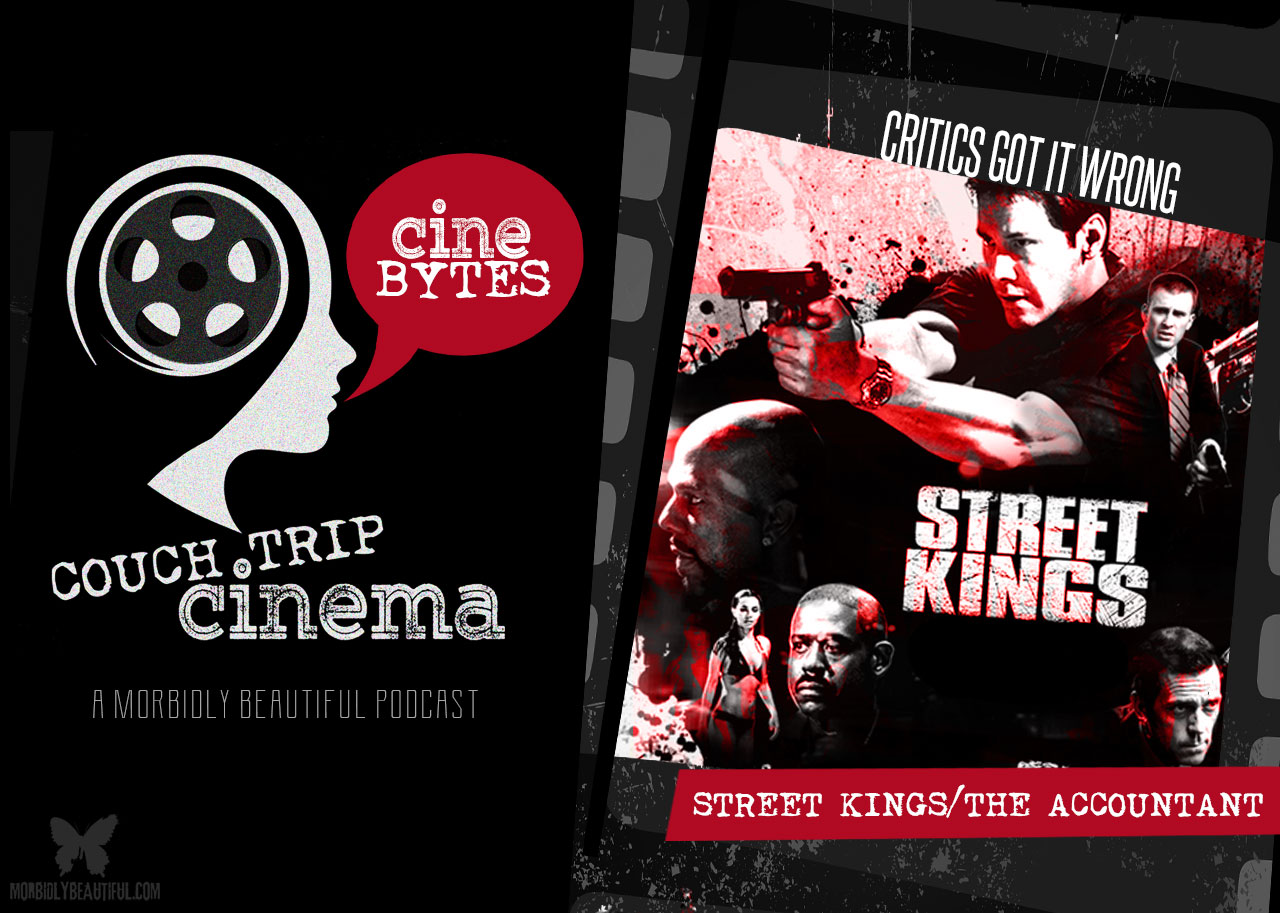 Join us next Tuesday, April 28th, with another in-depth filmmaker interview. My special guest will be talented actress/writer/filmmaker Brea Grant (Friday Night Lights, Dexter, and the upcoming Lucky).

Beginning next week, we start our new show schedule, which will be as follows:

Hosted by accomplished writer, director, actor, and musician Matthew Currie Holmes, COUCH TRIP CINEMA digs deeper into why filmmakers are almost pathologically compelled to make movies. Each episode features an interview with a successful director, screenwriter, producer, and/or actor currently working in the industry. In between couch trips, be sure to tune in for mini episodes we call “CineBytes”. This is where Currie Holmes will be promoting some of his favorite films, old and new, just like he did back in his days managing a mom and pop video store. Once a month, he’ll also be checking in with his good friend and fellow filmmaker Gavin Booth for a special “Checking in With Gavin” bonus episode.