Recently, in celebration of David Cronenberg’s birthday, the Morbidly Beautiful writing staff paid loving tribute to the work of the fiercely independent auteur, sharing the films that most affected us from five decades of revolutionary genius. I had the opportunity to write about two of my favorite Cronenberg films that, while not necessarily his finest work, definitely left an indelible mark on me. In this premiere CineBytes episode, I’ll dig a little deeper and explain why these films had such a lasting impact on me as a filmmaker and a film lover.

Join me as I explore David Cronenberg’s unique ability to perverse what we hold sacred in pop culture with a look at the ‘superhero’ film turned nihilistic gore fest that is Scanners (1981), as well as the mind-melting, meta-textual film adaptation of the William S. Burroughs seminal 1959 junkie prose, Naked Lunch (1991). 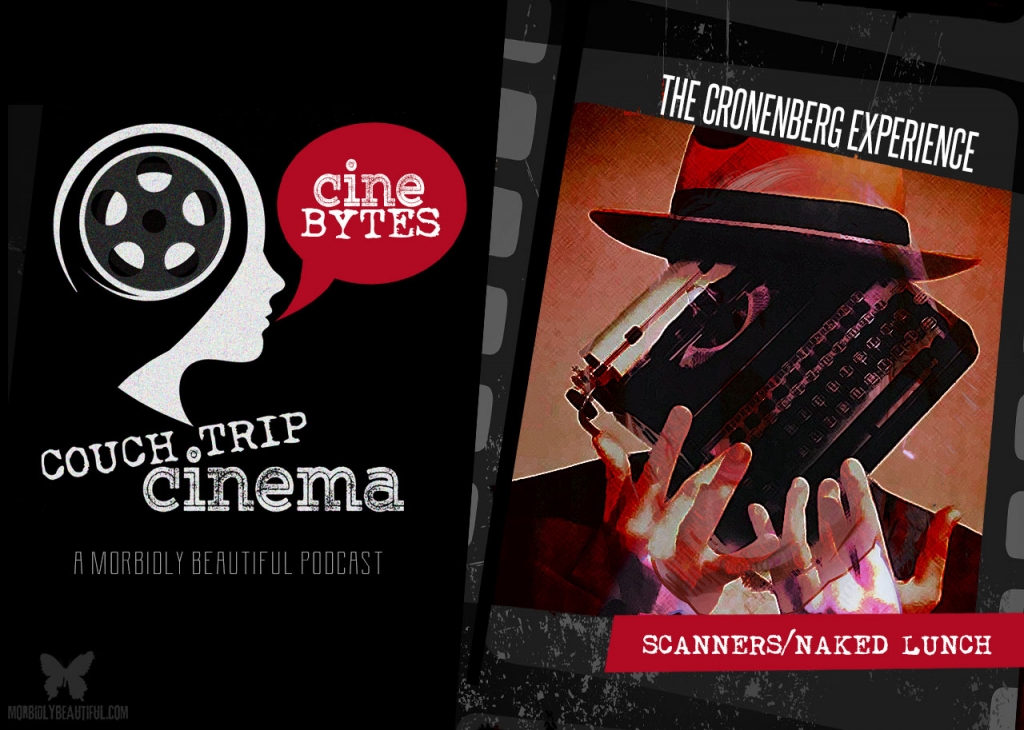 Join us next week, Tuesday, April 14th, when I’ll be checking in with my buddy Gavin to discuss the challenges and rewards of life as a DIY, independent filmmaker. And don’t miss our next CineBytes episode on Tuesday, April 21st, when I’ll be sharing a couple of films I think the critics got wrong.

Finally, we’ll be rounding out the month on Tuesday, April 28th, with another in-depth filmmaker interview. My special guest will be talented actress/writer/filmmaker Brea Grant (Friday Night Lights, Dexter, and the upcoming Lucky).

Hosted by accomplished writer, director, actor, and musician Matthew Currie Holmes, COUCH TRIP CINEMA digs deeper into why filmmakers are almost pathologically compelled to make movies. Each episode features an interview with a successful director, screenwriter, producer, and/or actor currently working in the industry. In between couch trips, be sure to tune in for mini episodes we call “CineBytes”. This is where Currie Holmes will be promoting some of his favorite films, old and new, just like he did back in his days managing a mom and pop video store. Once a month, he’ll also be checking in with his good friend and fellow filmmaker Gavin Booth for a special “Checking in With Gavin” bonus episode.