In Case You Missed It: Your Luck Didn’t Run Out in March…April is Here to Shower Fans With More Great Horror News; So Let’s Hop To It! 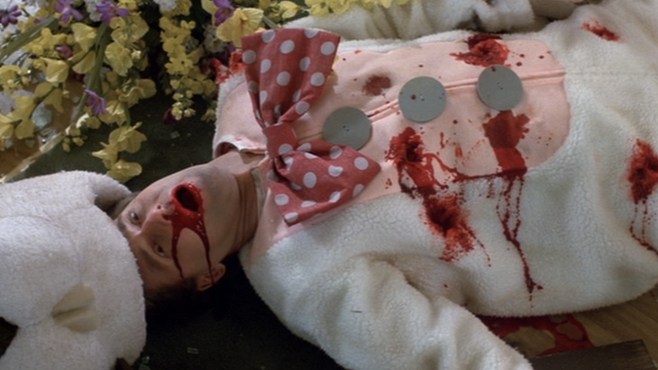 And then, the sheriff dressed as the Easter Bunny was mauled and then chucked through the window of a church (Critters 2). Yup, well Easter has come and gone folks. Yet the horror news remains in my basket. So I begin…

“HALLOWEEN” WILL PAY HOMAGE TO THE OTHER SEQUELS, SAYS DANNY MCBRIDE

Set for release this October, the infamous Michael Myers is ready to return to the big screen — but this time around, as we all know by now, in a sequel bypassing all the past sequels. Although that doesn’t mean everything in those sequels is to be forgotten. Danny Mcbride, co-writer of the flick explains, courtesy of Flickering Myth:

“We do [reference the other movies]. For fans, we pay homage and respect to every Halloween that has been out there.”

The reported “requel” to the first film will in fact reunite Myers actor Nick Castle, in his title role, with Jamie Lee Curtis portraying Laurie Strode and John Carpenter on board as executive producer. Judy Greer (War for the Planet of the Apes), Andi Matichak (Orange Is the New Black), Will Patton (Shots Fired), Virginia Gadner (Runaways), Miles Robbins (Mozart in the Jungle), Dylan Arnold (Mudbound) and Drew Scheid (Stranger Things) also star.

“Laurie Strode comes to her final confrontation with Michael Myers, the masked figure who has haunted her since she narrowly escaped his killing spree on Halloween night four decades ago.”

Michael returns to theaters October 19th, 2019. But let’s just hope when he does, we won’t be asking, “Was THAT the boogeyman?”

HERE’S WHAT WE KNOW SO FAR ABOUT “THE NUN” 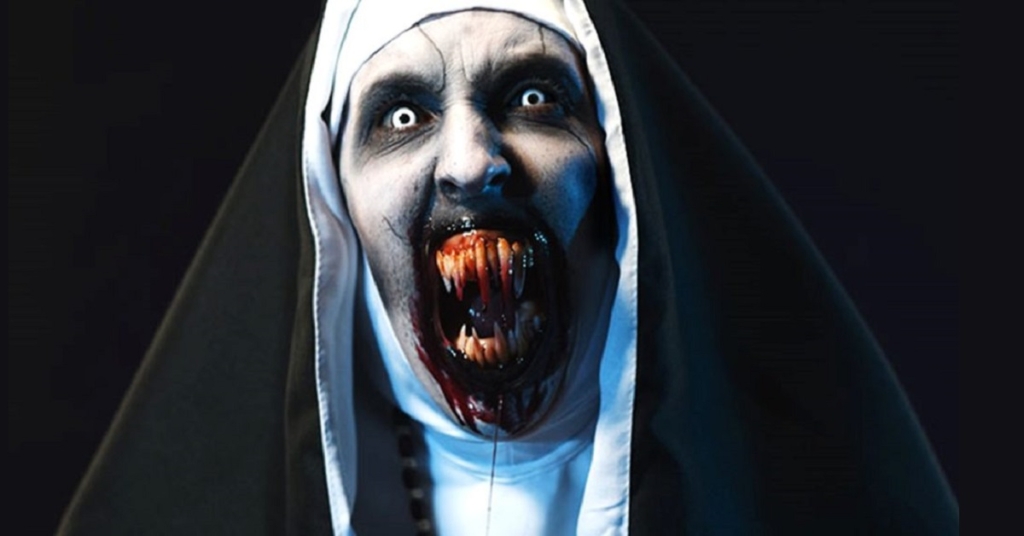 Shooting off of the largely successful The Conjuring franchise, The Nun went into production. Marking Corin Hardy as director with Master Of Horror James Wan (I swear to god this man is a Master Of Horror, don’t even try and argue it) as executive produce, leaving fans (at least I was!) clamoring for news on it.

Here’s what I found out..

Directing this pic will be Corin Hardy. And once the director wraps, he’ll spear off to direct a reboot to 1994’s The Crow. The reboot will star Jason Momoa (the original starred the likes of Brandon Lee, Rochelle Davis and Ernie Hudson).

Gary Dauberman, the man behind, and still behind mind you, the newest IT adaption (hello, IT chapter 2!), is the writer of The Nun. Dauberman’s other credits include [fellow The Conjuring spinoff] Annabelle Creation and it’s predecessor, Annabelle. Dauberman is also said to be writing a feature film version of Nickelodeon’s Are You Afraid Of The Dark.

Where will it be filmed?

The spin-off is said to be filming in Romania, a part of the world which is also said to have had the likes of The Seed Of Chucky and the recent Crucifixion blockbusters filmed there [in the past] as well. Writer of The Nun, Dauberman, speaking on filming in this location with Hardy told EW last year, “Because of Dracula and all that, you’re like, ‘Well, I would love to go Transylvania, but I didn’t feel I would ever have the chance.’ Lo and behold, James [Wan] has this idea: ‘Hey, I really think The Nun needs to be set in Romania.’ You’re like, ‘F—, alright!’ And you go there, and you realize, Oh, this is why he wants to set it in Romania. The production value, with the castles, and the mountains — it’s so beautiful and grand. And there’s not many people better to be with in Romania and Transylvania than Corin Hardy, who lives and breathes this stuff. He had endless ideas. It was another great working experience, within the Conjuring universe.”

As it’s predecessor starred a Farmiga, so shall it; The Nun cast Taissa Farmiga, sister of The Conjuring 2 star Vera Farmiga. Taissa’s known credits include American Horror Story and 2015’s The Final Girls.

Bonnie Aarons is said to reprise her role as the demon nun (can you remember the demon’s name? I do! Check the bottom of this article for the answer) alongside Demian Bichir, Charlotte Hope, Jonas Bloquet and Ingrid Bisu.

The hyped up spinoff will in fact follow the story of a priest (Bichr) investigating the death of a nun in Rome. Interesting side note; this plot is sort of the same as The Crucifixion. I sh*t you not.

Will there be practical effects?

Yup! So practical effects in THE NUN is Hardy’s go-to, according to an interview he did with The Movie Crypt. The director gushed, “I’ve come from a love of practical [effects].”

Continuing on Hardy says, “It’s not just nostalgic, it’s things being real and tangible, and you can light them in front of the camera if they’re there, you can touch them, people can see them, you can make them wet and they look great. All of that stuff you can do in CG but it takes such a lot of work to do it to the right level…I always want to say, ‘Let’s do everything as much as we possibly can for real, including in-camera stunts, effects, and then use the CGI to be beautiful, original, invisible tool.’”.

Being that as it may, I wish this spinoff the best of luck. But let’s just face it…was there ever a bad The Conjuring film or spin-off?