ICYMI: Catch Up On Horror, Fill Up On Chocolate

In Case You Missed It: Let’s Celebrate our Love of Horror With Some Movie, Television, and Gaming News That Should Make Your Dark, Horror Heart Skip a Beat. 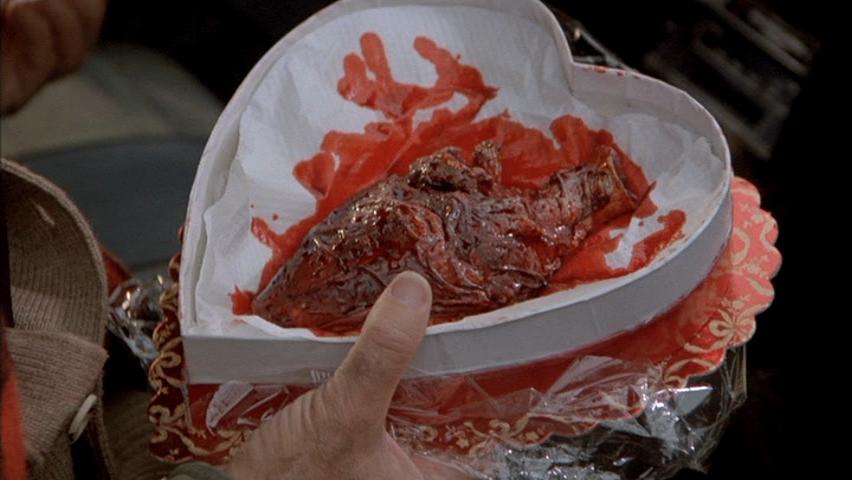 So I say, screw the date. Screw it! There’s a flu going around. You might already have it. If you don’t, I don’t *knocks on wood as types*, then kudos. But really….who really needs to go out? All I need this February is some good-ass horror films, good-ass chocolate  and some healthy, and totally not clinically germaphobic, isolation!

But as I digress from my anxieties being blurted out to the cyber-world. On a positive note, I’ve got some really good updates on Halloween, Victor Crowley, Friday The 13th (remake and games), Jigsaw, Children Of The Corn: Runaway, Bride Of Frankenstein, The Invisible Man, Goosebumps: Slappy’s Revenge, Ash VS Evil Dead, The Walking Dead, Fear The Walking Dead and of course Stranger Things and The Chilling Adventures Of Sabrina. 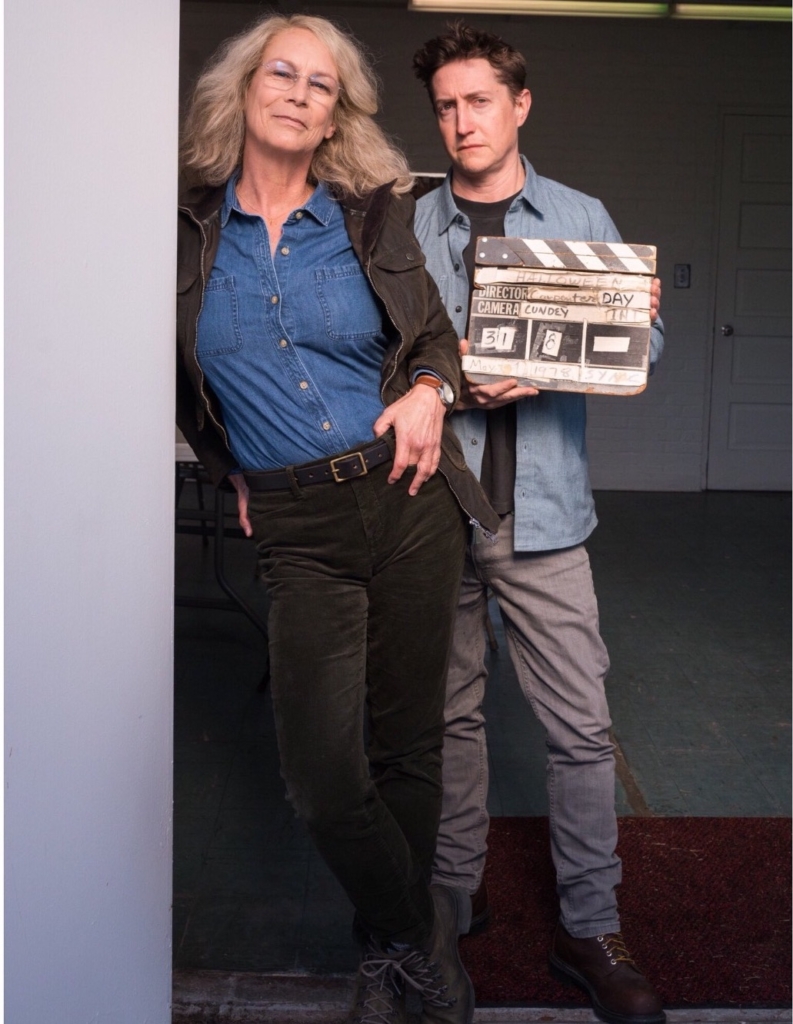 As we proudly celebrate Women in Horror Month, horror fans collectively rejoice and eagerly await the return of one of the original and most beloved scream queens in horror history.

Jamie Lee Curtis rocks the return of her 70’s locks, posing in a shot released by the cinema veteran herself via her Twitter page. Additional photos dropped by Andi Matichak, star of the flick, tease a look at Haddonfield High.

Curtis and Matichak, as previously reported will star in the new Halloween. This term seems to be going around a lot, “re-quel”, which will in fact reboot (re) the franchise while also being a sequel to John Carpenter’s original classic. Carpenter, again as previously reported, will be at helm taking on an Executive Producer role and keeping a watchful eye over this highly anticipated installment.

Untitled Halloween Synopsis: “Laurie Strode comes to her final confrontation with Michael Myers, the masked figure who has haunted her since she narrowly escaped his killing spree on Halloween night four decades ago.”

Additional photos below are set shots. 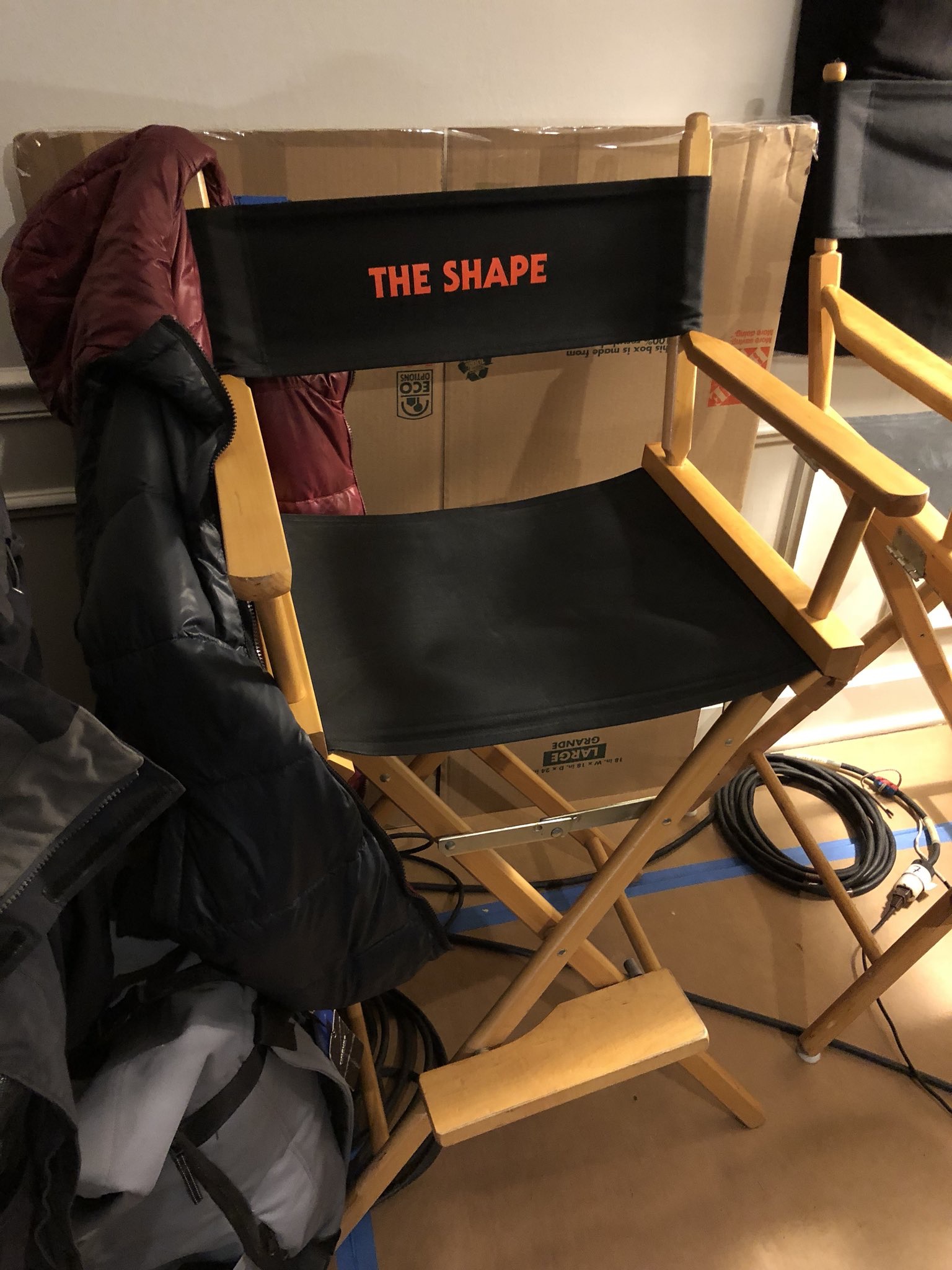 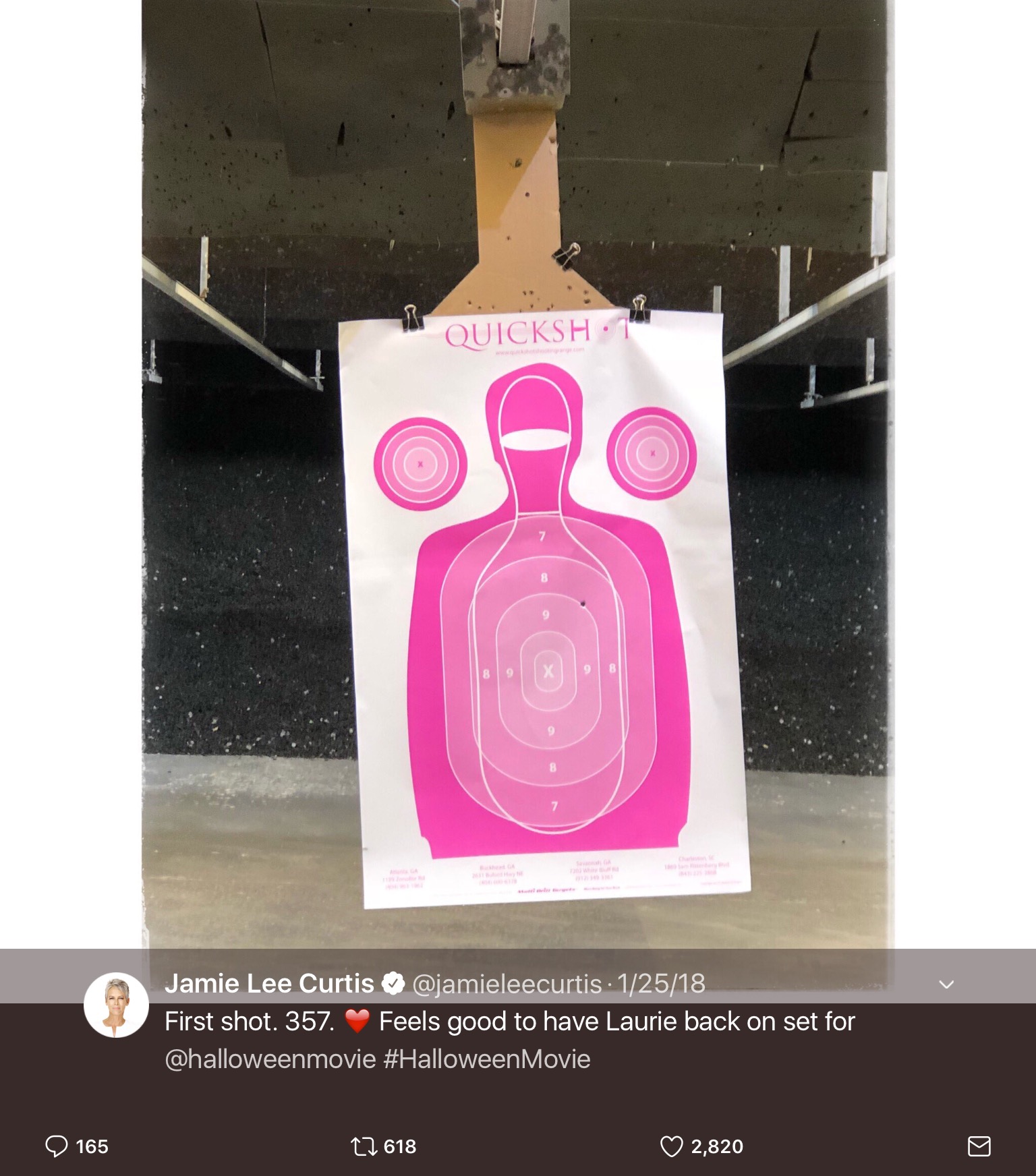 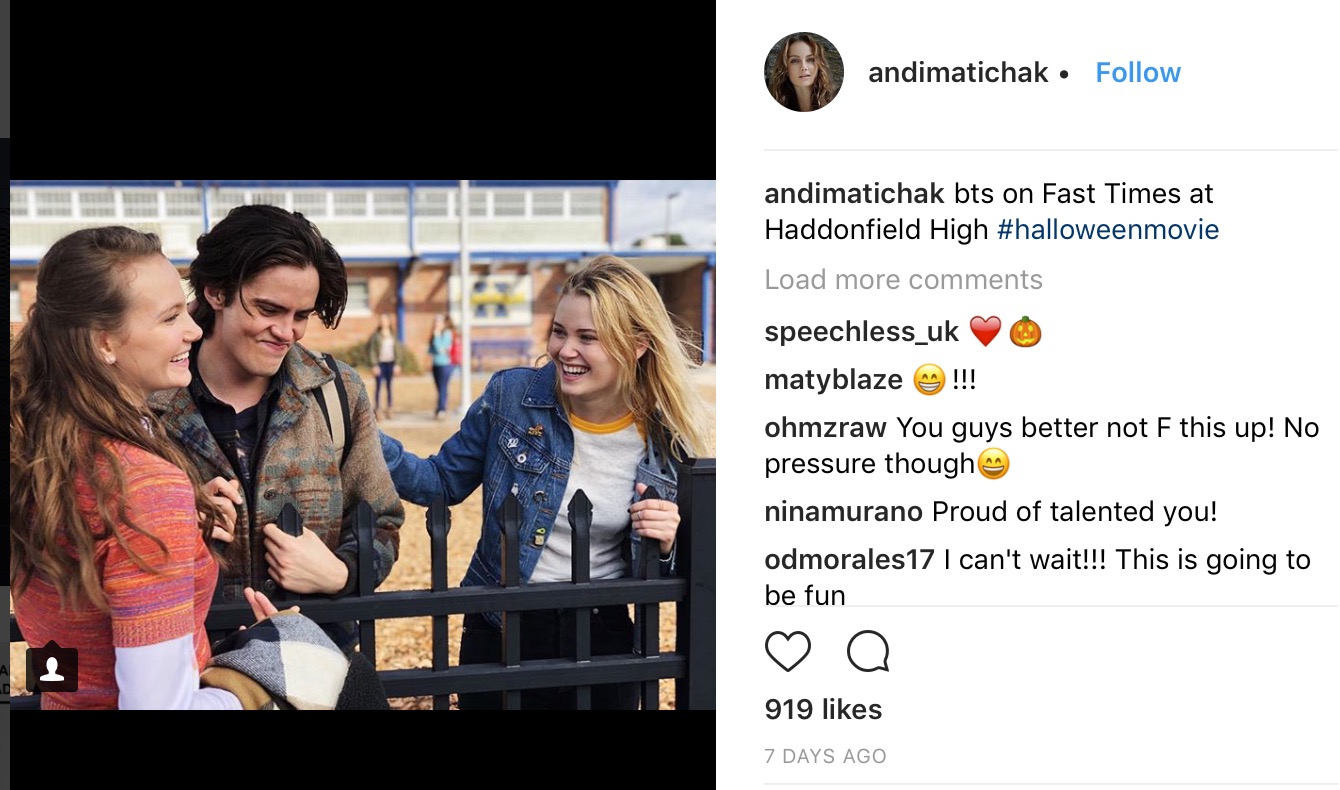 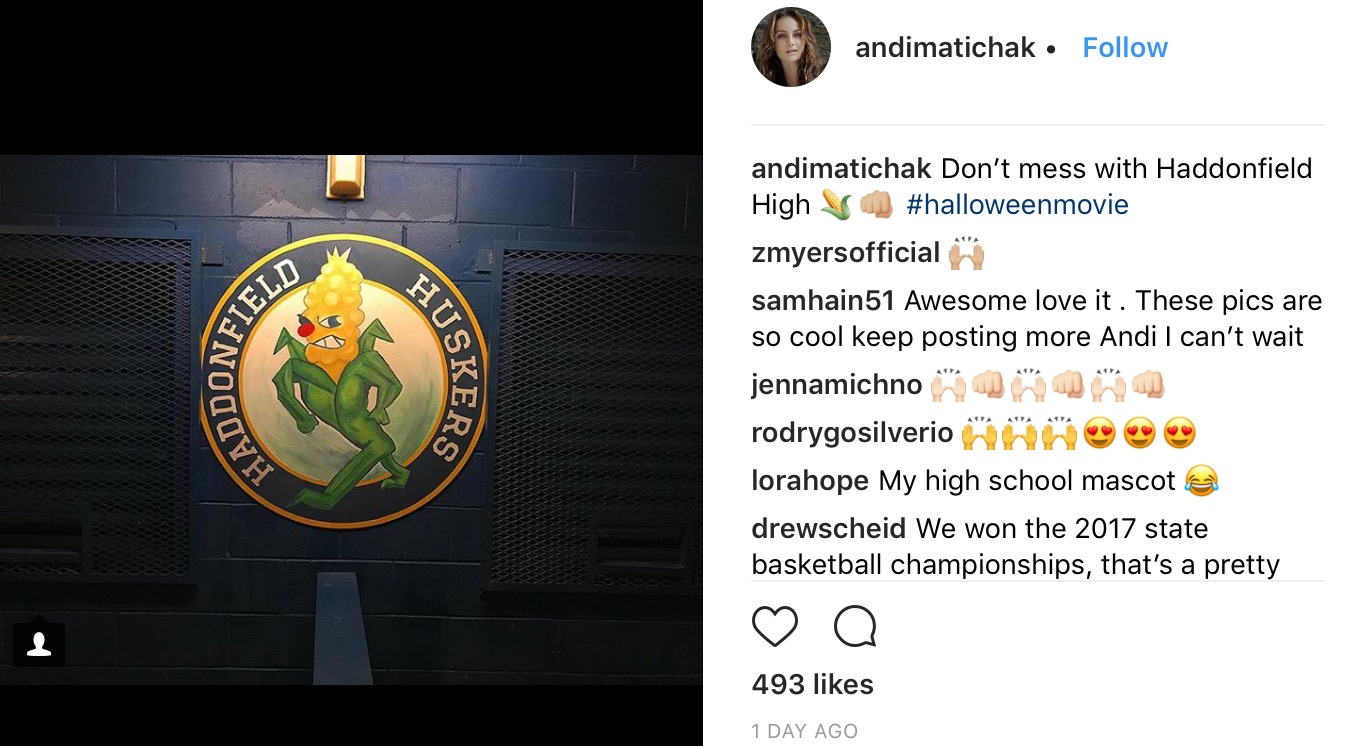 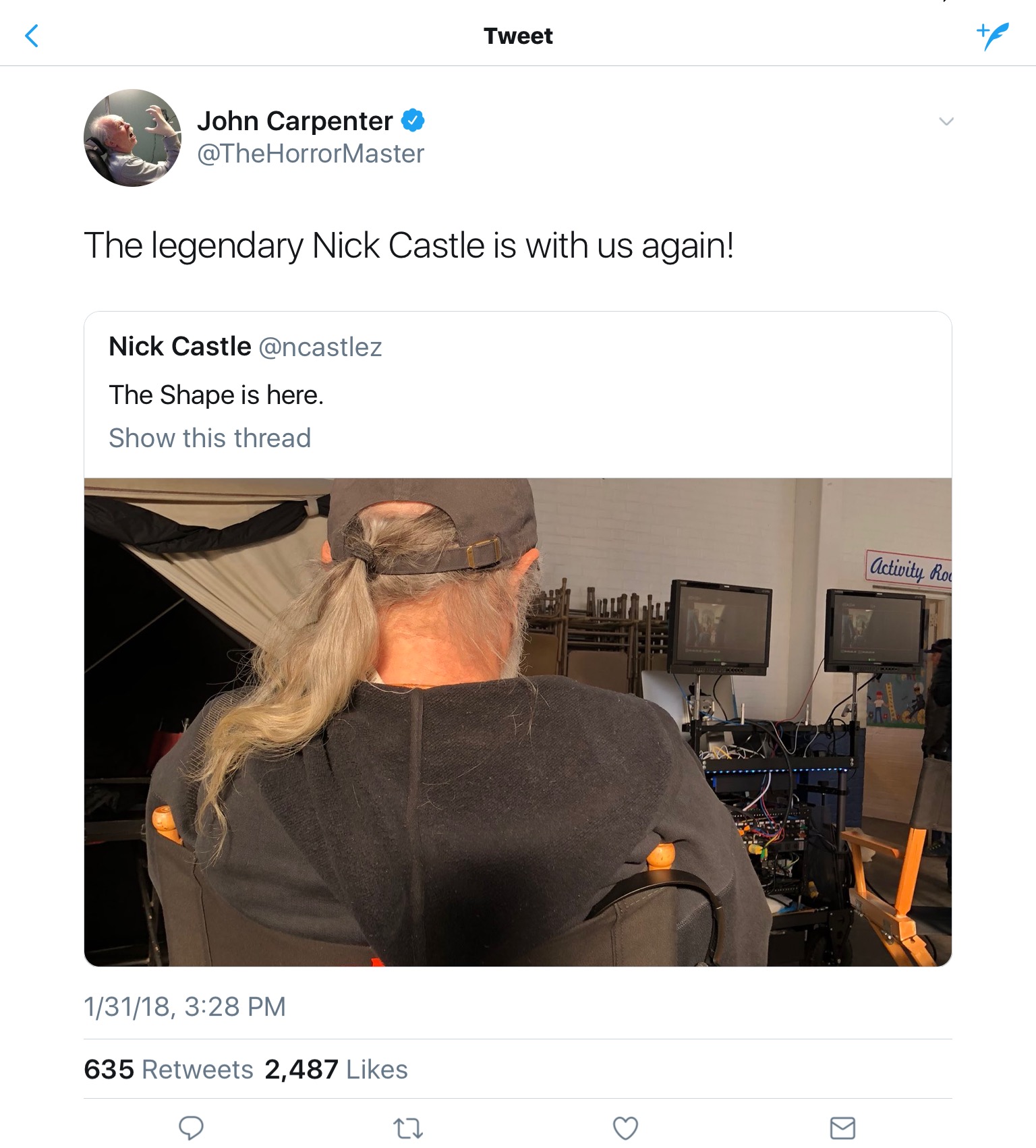 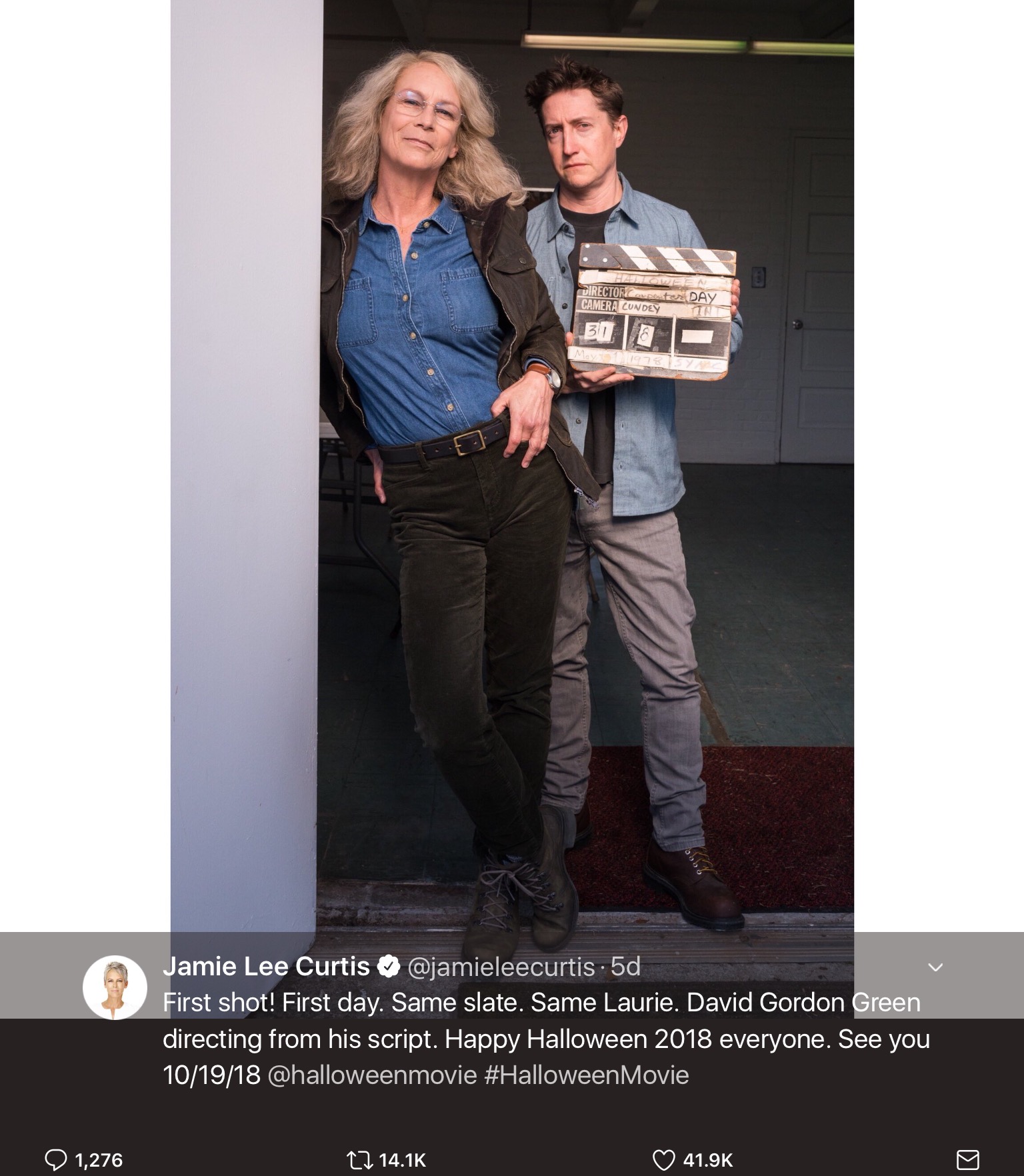 On another exciting note, John Carpenter has agreed to do the film’s score, only on the condition he does it with his son and godson.

“They said they wanted me to do the music, so I said, ‘Well, okay,’ but I’m going to take my son and godson along with me on that one.” [Source: ComicBook.com].

The sequel is said to bypass all of the franchise’s past sequels and remakes, letting Curtis’ Laurie Strode shed her death, insanity and children. Curtis’ Strode is now said to be a mother once more though, but this time a grandmother as well; 40 years after her 1978 horror, Strode has a daughter portrayed by Judy Greer, dubbed Karen, and a granddaughter, Allyson, portrayed by Andi Matichak.

Will Patton and Rob Niter has been cast as of recently as a member of the police force in the film. Nick Castle returns to his reign as Michael Myers, with stunt performer James Jude Courtney also cast as the slasher. Additional cast members include Ginny Gardner, Miles Robbins, Dylan Arnold, Drew Scheid and Rhian Rees.