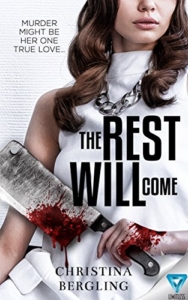 Christina Bergling’s The Rest Will Come combines homicidal impulse, dark satire, and the true horrors of online dating. Morbidly Beautiful had the opportunity to interview the author about the inspirations behind the novel and  its daring and original protagonist, among other topics.

1. ‘The Rest Will Come’ will definitely strike a chord with anyone who has ever tried online dating. Minus the bloodshed and murder, does the story come from your own personal experiences?

The pre-murder portion of The Rest Will Come is absolutely based on real life dating experiences, only they are not mine. After a friend got divorced several years ago, she moved in with my family for a while. During that time, she tried her luck at online dating. I had a front row seat to just how horrible the whole experience was. More than once, I asked her, “How do you do this and not kill people?”

That is how the idea was born. What if she did kill people? After that, I also queried several other women for their online dating stories. The book became an amalgamation of all the personal dating experiences of the women close to me. I, personally, managed to completely dodge online dating; I met my husband at a keg party when I was 17. 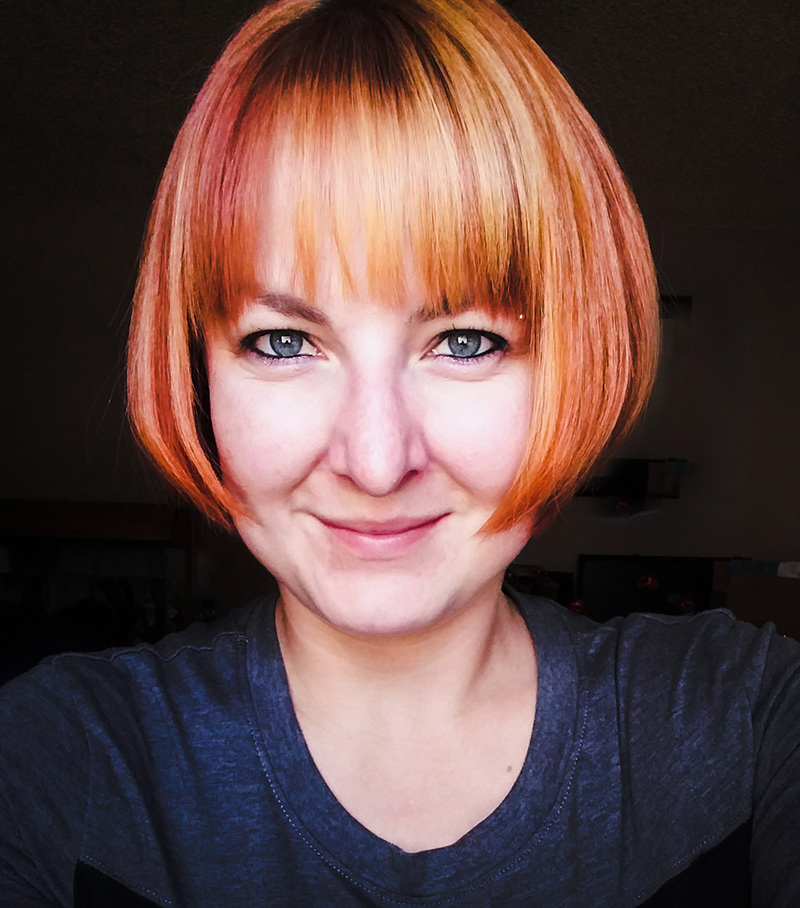 2. In what ways did you strive to make Emma a well-rounded and believable character, despite some of her more outrageous behavior?

Initially, I think Emma is a believable, realistic character because she is, in fact, inspired by a real person who I know very well. However, as I was writing, I wanted to balance Emma’s extreme measures against the circumstances that drive her there. Emma starts as such a passive, somewhat naïve character. She needed to be pushed over the edge, and I wanted her to broken by all the little things.

I did not want to use outrageous stories or circumstances; I wanted to show the realistic ways we are worn down by all the small failures and disappointments in life. I wanted the audience to empathize with her. When she gets to murder, I wanted them to be almost cheering her on.

3. In some ways the book reminded me of the satire in ‘American Psycho’ and the gut-wrenching pain in the film ‘Monster’. How would you describe the genre of the novel? A suspense-thriller, horror, a dark comedy? Or a combination of many genres?

My knee-jerk reaction would be to classify it as horror since that is the genre in which I usually work. However, I cannot deny the very deliberate satire and humor. My intention was to straddle a couple of different genres. Horror with the serial murder and gore. Comedy with the ridiculous circumstances. Crime thriller with Emma’s attempts to get away with it. If I had to narrow it down, I would call it horror-comedy. 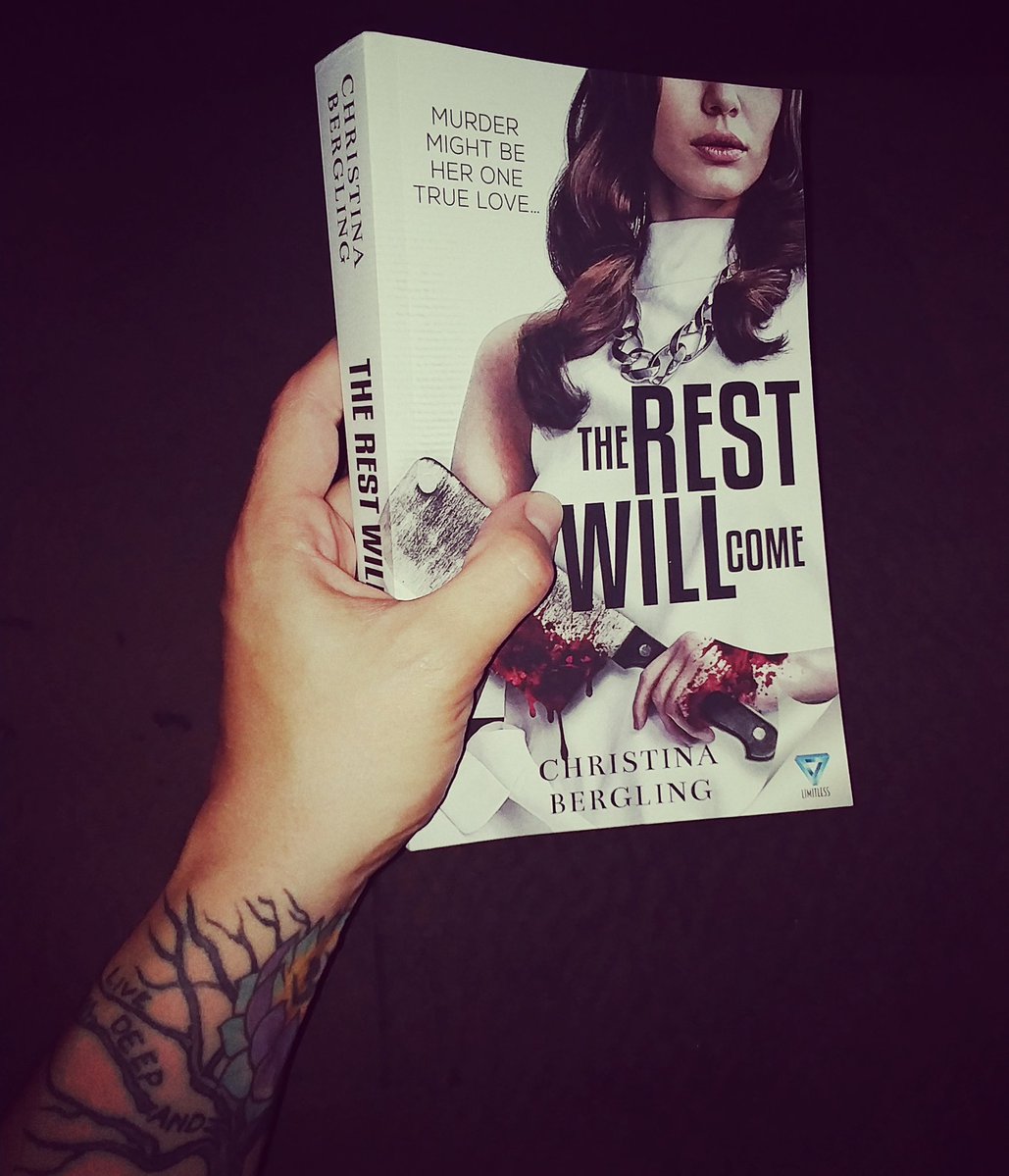 4. The novel features several vivid scenes of bloodletting and violence. Were there any real-life crimes that inspired the fictional murders in the book and/or the online-dating world in which the book takes place?

The friend who inspired the book also happens to be a bit of a criminology buff. We spent many nights on the couch discussing best and most realistic murder and disposal methods. My husband, who was trained as an EMT and firefighter, also contributed a good deal of anatomical knowledge. The Don Juan killer in the book was inspired by the idea of the Craigslist Killer.

5. The novel takes Emma to possibly the darkest places a human being can go. Was that a difficult journey for you as a writer?

I have struggled with depression multiple times in my life, particularly in my formative adolescent years. Describing those kinds of emotions ends up feeling rather nostalgic for me. As a writer, I find myself gravitating to describing those kinds of experiences, exorcising my own demons by stretching them to extremes. I also think we tend to try to gloss over and ignore our pain. The stories need it. It is more realistic and relatable to portray it directly. In short, it is not really a difficult journey for me. It is one I need to take to keep myself feeling sane.

6. What can readers expect next from you?

Many more books hopefully! I have been working on more short horror pieces lately. I was featured in two anthologies this year and have at least one more piece accepted for an upcoming collection. I have also started a collaboration on a novel with Kevin J. Kennedy. After those projects, I plan to work on my next full length horror novel.

7. Finally, where can readers go to learn more about you and your work?

Colorado‐bred writer, Christina Bergling knew she wanted to be an author in fourth grade. In college, she pursued a professional writing degree and started publishing small scale. It all began with “How to Kill Yourself Slowly.” With the realities of paying bills, she started working as a technical writer and document manager, traveling to Iraq as a contractor and eventually becoming a trainer and software developer. She avidly hosted multiple blogs on Iraq, bipolar, pregnancy, running. She continues to write on Fiery Pen: The Horror Writing of Christina Bergling and Z0mbie Turtle. In 2015, she published two novellas. She is also featured in the horror collections Collected Christmas Horror Shorts, Collected Easter Horror Shorts, Collected Halloween Horror Shorts, and Demonic Wildlife. Her latest novel, The Rest Will Come, was released by Limitless Publishing in August 2017.