I may be a serious horror nerd, but I’m also a real geek girl at heart. So, when I heard that my loves over at Funko were releasing a DC Comics subscription service called Legion of Collectors, you can bet I pounced on that. The debut box, centered around Batman v Superman: Dawn of Justice, just arrived — brilliantly timed to coincide with the long awaited and much anticipating film premiering in just a couple of days.

Legion of Collectors, the third subscription service from Funko, borrows its name from DC’s spacefaring superteam of the future. Like Funko’s Marvel and Star Wars boxes, everything included in the new DC box is 100% exclusive (a collector’s dream come true). Subscribers to all three boxes enjoy a new box of Funko exclusive every month of the year. Each box is $25 (plus shipping), delivered every other month.

So, did the debut delivery dazzle or disappoint? Let’s take a look and see WHAT’S IN THE BOX?!

Holy smokes, Batman! This is the “holy” grail for collectors…an exclusive Armored Batman Pop from Batman v Superman. This little guy was the main selling point for many subscribers, as Funko strategically teased his arrival when they announced the launch of the new subscription service. They did not disappoint. 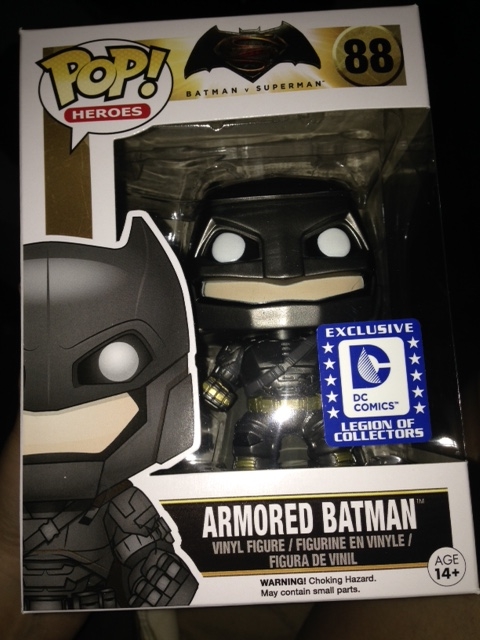 Each box promises to include apparel of some sort (usually a t-shirt), and the first tee definitely sets the stage for great things to come. I’m seriously digging this stylish retro design on a super high quality 100% cotton shirt, printed to look worn and vintage. I can’t wait to wear to this the premiere of the movie. 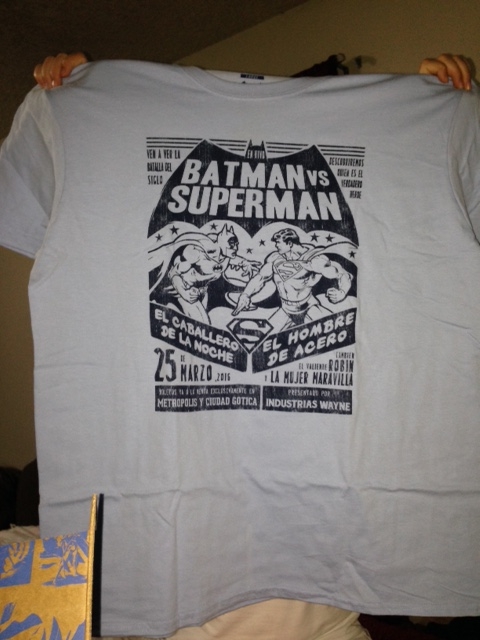 Dorbz are the hottest new toy from Vinyl Sugar, now part of the Funko family. Happily, this box contained an epic set of the absolutely adorable Dorbz, featuring Superman and Aquaman. 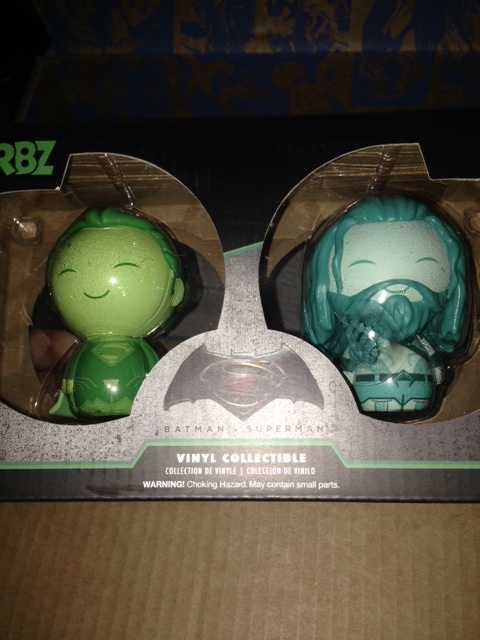 Major props to Funko for the stunning, layered packaging that made opening this box truly feel like a special event. When I first opened the box, I was greeted with two inside box panels. The top panel was printed with some amazing DC comic artwork. The bottom panel said “Welcome to Legion of Collectors” and had a seriously sweet Wonder Woman patch and Superman pin taped to it. The rest of the incredible loot was beautifully revealed when I lifted this panel up. 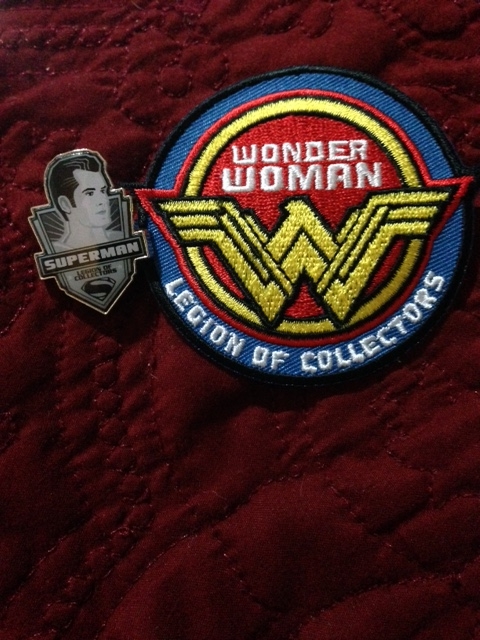 At the bottom of the box was the perfect finishing touch to this “take my breath away” box of goodies — a new Batman and Superman comic from “The New 52” series, featuring exclusive cover art. 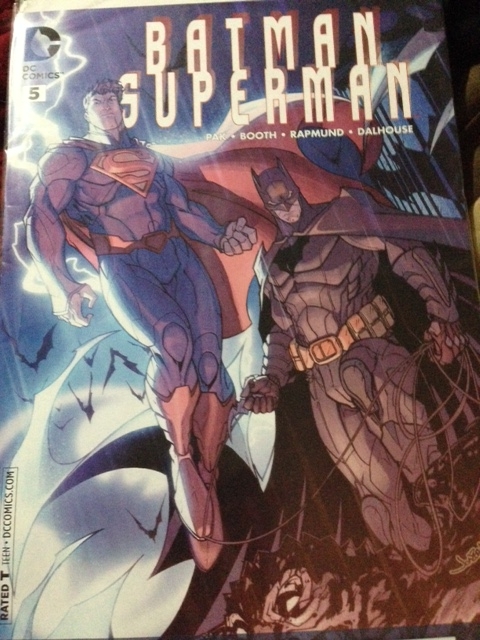 The next box will be delivered in May and will feature exclusive items from DC TV, with teases of possible Arrow and Flash items. It may not be possible to top this debut box, but I’m hopeful Funko will continue to deliver the geeky goods with future boxes. If you’re a fan of DC Comics and/or a serious collector, the Legion of Collectors subscription service is definitely a worthwhile investment.