Englund, after a near 14 year gap since he last geared-up as Freddy for a film (Freddy VS Jason), is set to star in the upcoming documentary, ‘Nightmares In The Makeup Chair’. 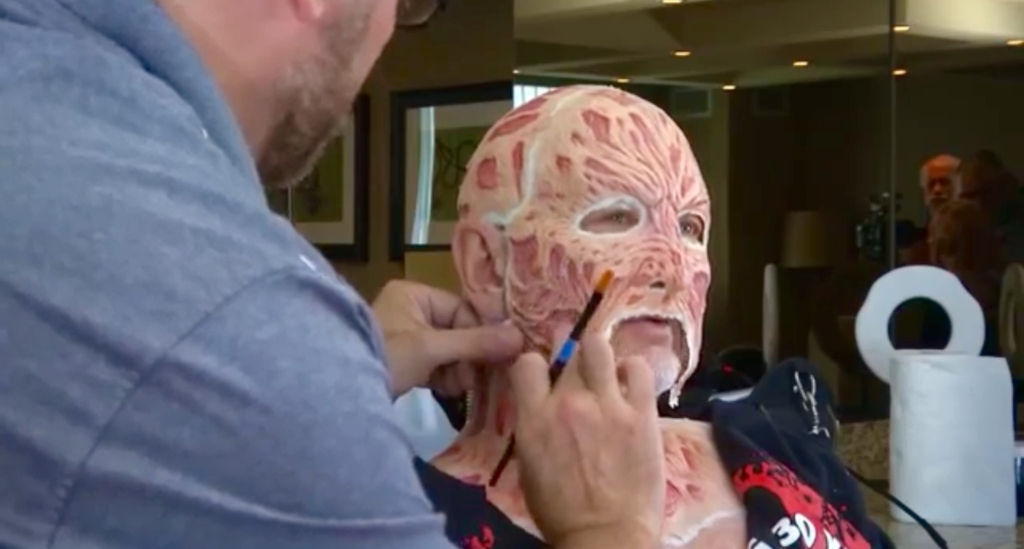 Englund is returning to the make-up chair to once again become the iconic Freddy Krueger from Wes Craven’s A Nightmare On Elm Street. This time around, he won’t be starring in a Nightmare’ sequel [as previously stated]. But the actor does describe the film to be his “love letter to the Nightmare on Elm Street series and to practical makeup.”

“I’ve always been in awe of the multi-talented makeup effects artists. From sketching to sculpting, they realize the design. Then to the fine precision of the molding and the manufacturing of the makeup appliances which are nearly paper thin.  And then, the application process where I sit in the makeup chair and I become their living canvas as they glue me in and paint the appliances. This documentary not only captures their talent, but I think it might inspire a new generation of practical effects artists. I was happy to become Freddy once again to share the makeup process with the fans.”

During the documentary, Englund will pay tribute to the late great Wes Craven, while also sharing his own insight on the Elm Street series and on playing Freddy throughout the years. Englund last played Freddy back in 2003’s Freddy VS Jason. The icon was said to have washed his hand of starring in anymore Nightmare related films, especially after he was recast for 2010’s remake, when Jackie Earl Haley took on his famed role as Freddy. [It’s unknown whether Robert Englund will mention this during the documentary.] Englund will be getting his makeup applied by Robert Kurtzman for and during the film.

NIGHTMARES IN THE MAKEUP CHAIR” will premiere at a Film Festival in 2017 (TBD). Distribution is pending. “NIGHTMARES” producer Mia Kerz promises that the release of the film will include Theatrical Roadshow engagements and a coffee table book detailing every step of the Robert Englund / Robert Kurtzman Freddy Krueger makeup process.

I guess it goes without saying. DON’T. FALL. ASLEEP.

Follow @HMZHorror and stay tuned, as I’m sure we’ll hear more about this soon.