Michael Paré delivers a powerful performance in “The Shelter”, a haunting examination of living with the consequences of poor decisions. 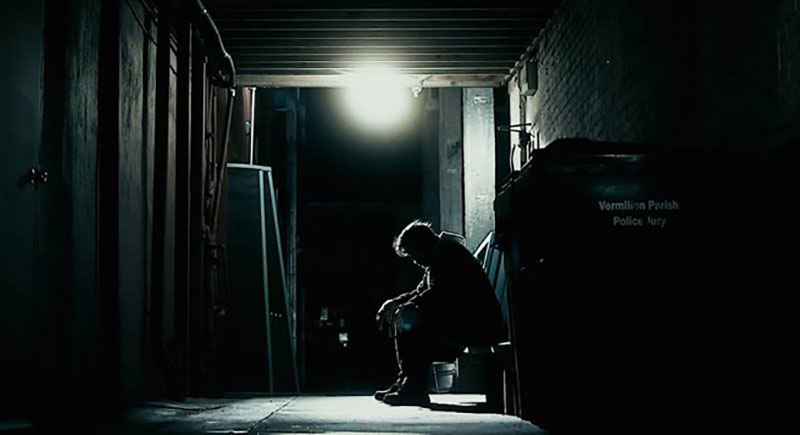 Much like TERROR TALK, a movie that I previously reviewed for the site; THE SHELTER delivers a riveting tale due to the performance of one actor: Michael Paré, who is best known for his roles in the 80’s cult classic EDDIE AND THE CRUISERS, and the fantasy rock musical STREETS OF FIRE.

In writer/director John Fallon’s THE SHELTER, a homeless widower named Thomas (Michael Paré) wanders the streets looking for the next bottle of liquor, the next woman to bed, and his next cigarette. At times, Thomas looks equally befuddled by his predicament and furious at the world.

After mugging a man in a park, Thomas takes his stolen money to a bar to buy a bottle of whiskey. Leaving the bar angry and perhaps suicidal, he stumbles upon a house with an open front door. Inviting himself in, Thomas finds the house to be empty, and he helps himself to food in the refrigerator and a hot bath in the upstairs bathroom. 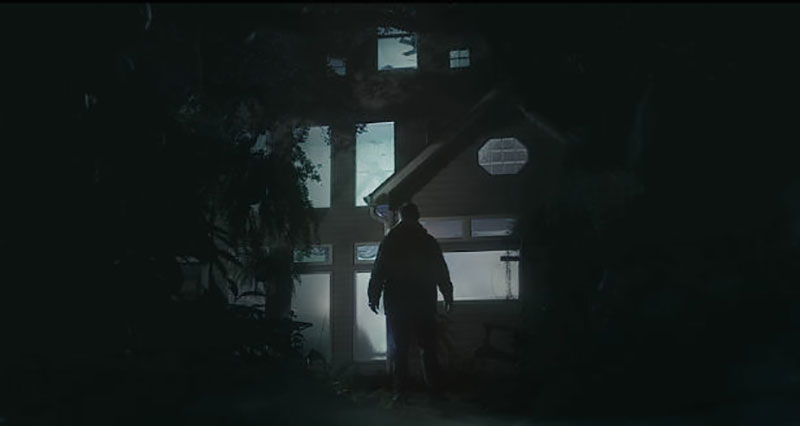 Thomas soon finds out that the house itself is more than just a place to temporarily rest his body. The house has plans for Thomas and will not let him leave.

Thomas doesn’t enter the house until approximately 30 minutes into the movie, but once he’s there. THE SHELTER becomes an introspective look at his grief and facing certain decisions that lead to tragic results. It’s too simple to say THE SHELTER is a haunted house movie. Beyond the synopsis and the trappings of a ghost story is a deeper story of a man cast into an ocean of doubt and self-flagellation.

John Fallon places the weight of carrying the movie on Michael Paré’s broad shoulders, and Paré gives a brave and soul-baring performance. Paré is able to portray Thomas in a way that is at times as sympathetic as it is unsympathetic. Thomas is a drunkard who looks for the next pretty girl to get into bed, but he’s also a figure of pain and in deep emotional turmoil.

If you’re looking for a movie that’s more emotional scar tissue and ghosts of past decisions, and less about paranormal activities, then THE SHELTER is the movie for you.

THE SHELTER is currently available on Amazon Prime and VOD platforms.

Want a second opinion? Click here to read an alternate take on The Shelter.