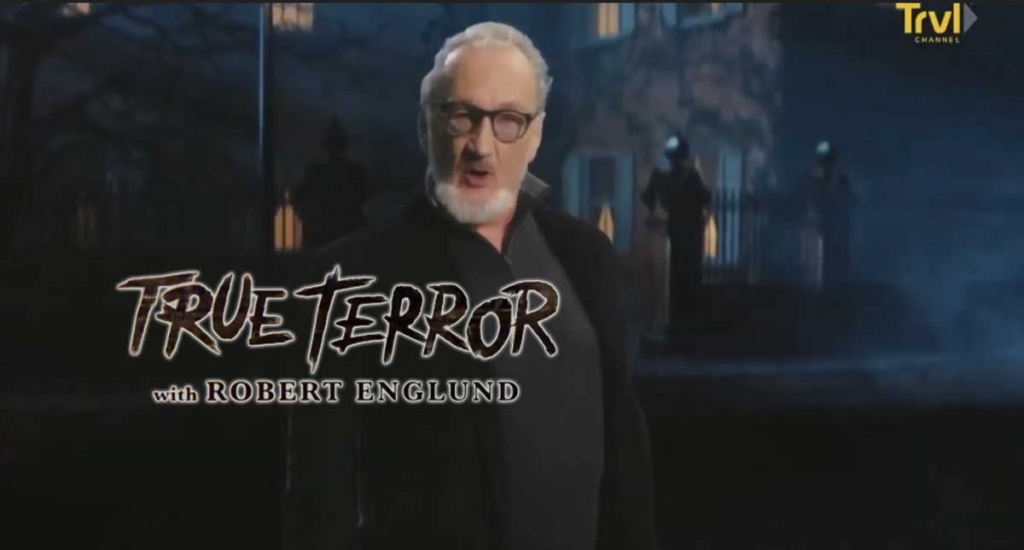 After 581 episodes and 14 seasons of UNSOLVED MYSTERIES, the void left behind for true crime and horror buffs seems to have been partially filled by podcasts like SERIAL, SWORD & SCALE and MY FAVORITE MURDER.

While the re-enactment-filled programming on TRU TV and the History Channel offer viewers a few choices, there hasn’t been a show that oozed charisma and appeal the way that the Robert Stack (and others)-led UNSOLVED MYSTERIES did — and for good reason. A host can make or break a show, and that one had the absolute best. Thankfully, Travel Channel’s new TRUE TERROR anthology show takes note of that.

And horror fans, are you in for a treat. 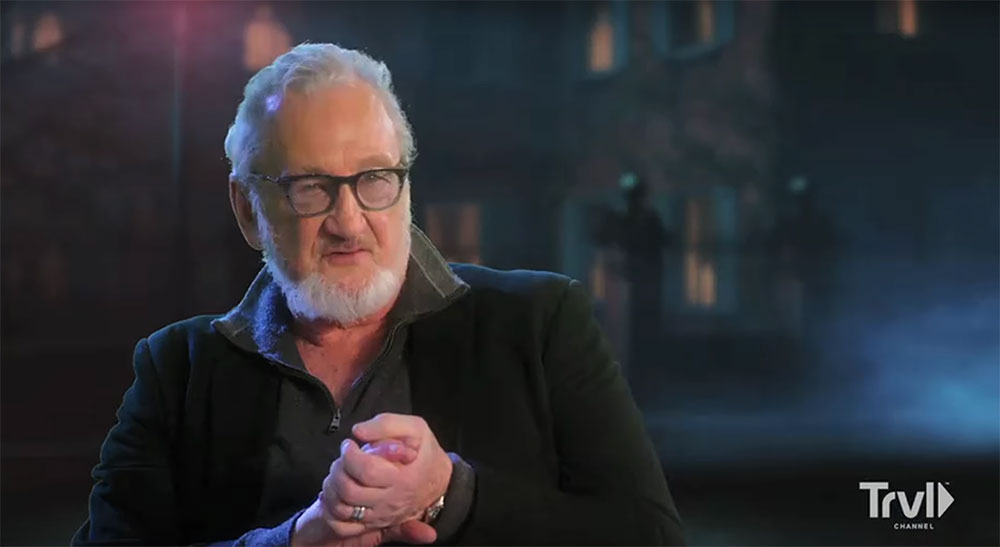 But it does it without an ounce of winking towards the camera.

The eerie and downright spooky show does such a great job of setting a tone and mood right out of the gate. So, by the time you get into the meat of each tale, Englund as a host has already pushed you to the edge of your seat.

The series debut episode focuses on a trio of terrifying, true horror stories. 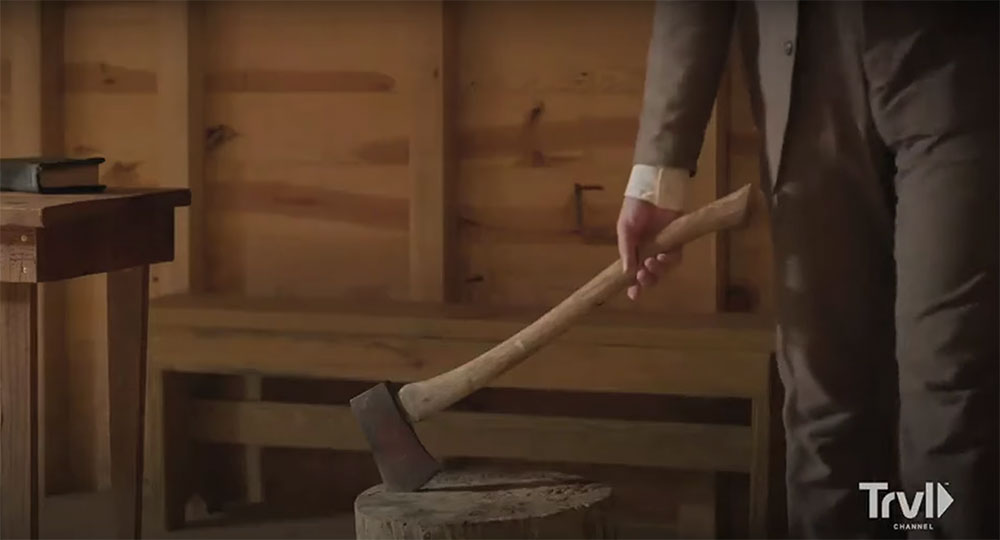 The first story centers around a funeral home/cemetery owner who owned one of the first telephones around. Soon after the man’s telephone is installed, he and his wife begin to hear phone ringing nonstop, uncertain who is calling them. The story eventually takes somewhat of a supernatural turn, leading to mental breakdowns and so on.

The second story introduces viewers to the notorious “Axeman of New Orleans,” a serial killer who broke into homes at random in 1918 and murdered many people, causing an entire community to live in terror. If you happened to watch Season 3 of AMERICAN HORROR STORY (COVEN), you may be somewhat familiar with this haunting bit of horror history.

Wrapping up the pilot is the notorious legend of doctor Carl Tanzler, who fell in love with a dying woman. Following her death, he decided he still wanted her around, for the long run. It’s a sickening and utterly frightening tale, one that feels so unreal. But like the other tales explored in this excellent new series, truth truly is stranger — and more disturbing — than fiction.

The pilot is a fun one, offering up a set of stories that makes you second guess turning your lights off. 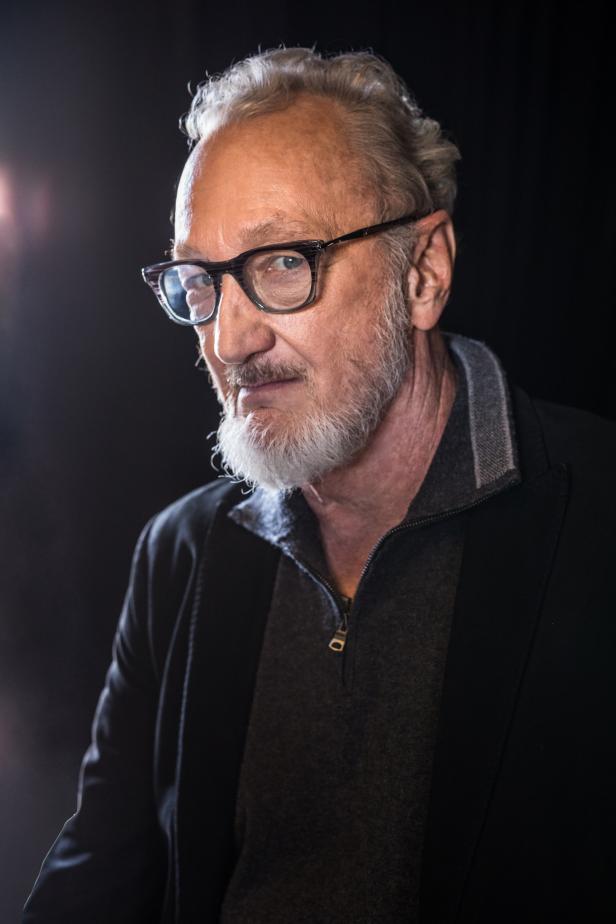 Though it’s most definitely a show that I can see lasting quite a while, the only nitpick I have for the pilot is how strong the second and third stories are, in contrast to an interesting but somewhat out of place first story. Following up a supernatural recount with two very grounded stories disjoints the show a bit, but never enough to pull you out of it.

Englund really lights the screen up as the host. As with Jordan Peele’s hosting of the rebooted TWILIGHT ZONE, the man long known for Freddy and many other genre (and non-genre) gems really offers something interesting to a formula true crime buffs seem to adore more and more as the years go on.

Englund commands every frame he’s in, and there’s such a devilishly sinister approach to the way he sets up each story. As a viewer, you find yourself dying for more.

Upcoming Episodes of True Terror with Robert Englund include: 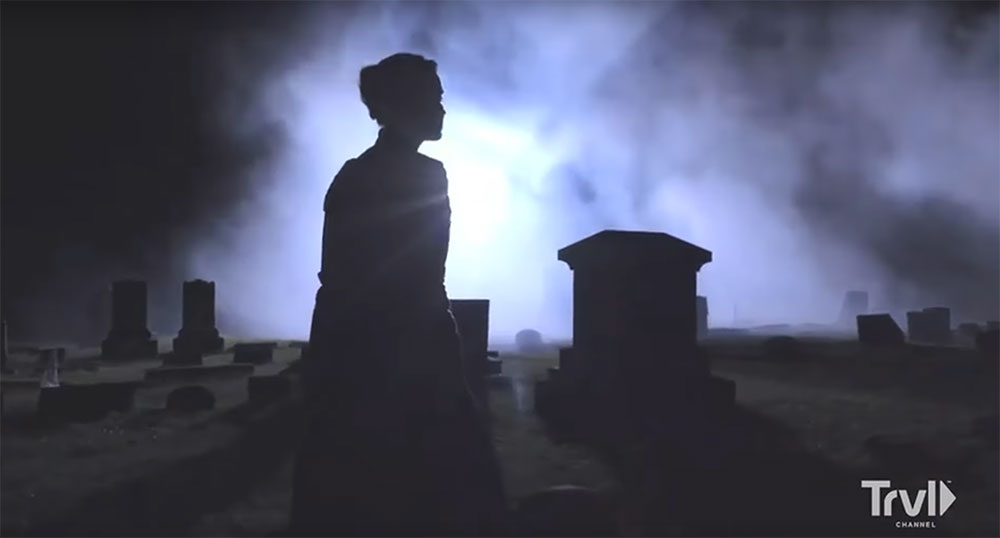 A North Carolina storekeeper is haunted by a deadly prophecy, a smallpox victim fears he’ll be buried alive after he’s mistaken for dead in New Orleans and an Atlanta police station becomes a battleground between a killer and a vengeful spirit.

Two aging ranch hands battle a flying man-eater in the Arizona desert, a young Theodore Roosevelt trespasses into the lair of a half-human predator and demonic entities prey upon villagers in rural Pennsylvania.

An Arizona sheepherder hunts down a mysterious beast that killed his wife, a hairy giant stalks a Missouri farmer and his family and a medicine man battles evil spirits who devour human flesh.