Summer Book Club: Midnight In The City Of the Carrion Kid

“Midnight in the City of the Carrion Kid” is a nearly flawless, quick, and captivating read about the space between life and death.

One of the absolute joys of being an indie author has been discovering the greater writing community at large, both locally and across multiple social media platforms. Folks from pretty much every genre have been ridiculously warm and welcoming to this new face. But the thing that surprised me the most (though it really shouldn’t have) is that the indie authors in the horror community have been the most inviting and helpful of all.

This group of folks may have the most twisted and perverse of imaginations, but horror writers genuinely do have the biggest hearts.

This brings us to Midnight in the City of the Carrion Kid.

I’ve been following Gloom House Publishing for a while now, ever since spying their skull-motif logo. I’m kind of a skull-head as it is, so I naturally gravitated towards their imprint.

So, imagine my surprise when the founder of Gloom House, Mr. James G. Carlson, asked if I wanted to review his newest short in exchange for an honest opinion. Reviews bring in the views, and I’m all about supporting the underdogs. So far, 2022 has been the year of the short story for me, and needless to say, I leaped at the opportunity to support a fellow indie.

And, dear readers, I have to admit that Midnight in the City of the Carrion Kid is arguably the most beautifully ugly thing I have ever read. 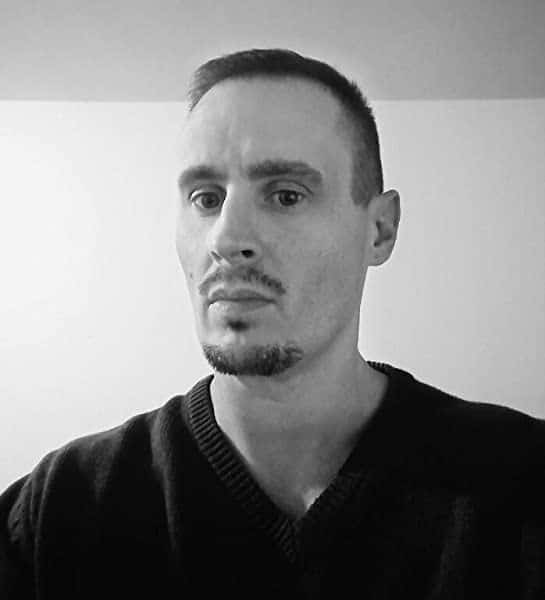 This is no backhanded compliment.

I am absolutely enamored with this short tale, even though it is brutal, unflinching, and unforgiving. A literary kick in the nuts…but somehow the pain is exquisite.

As with all of my reviews, I will attempt to keep spoilers to a minimum. This would be a difficult story to explain regardless, but going in blind is certainly the best choice.

There are, essentially, three major reasons why this title impressed me so much.

First, the writing is absolutely on point. Mr. Carlson has a mastery of the English language akin to heavyweights like Joe Hill and Patrick Rothfuss.

He is incredibly skilled at describing people, places, and things, but his writing also has an occasional poetic quality about it. It skirts the edge of purple prose at times but never actually crosses that controversial line.

When an author can take lesser-used words and assemble them into a sentence where their meaning is inherently clear, that’s talent.

He brings the blasted remains of the In-Between, the location where the story transpires, to vibrant life, imbuing a sense of familiarity; every reader will be instinctively familiar and wary of such a locale.

Second, the size of the story is like the Three Bears’ porridge — just right. 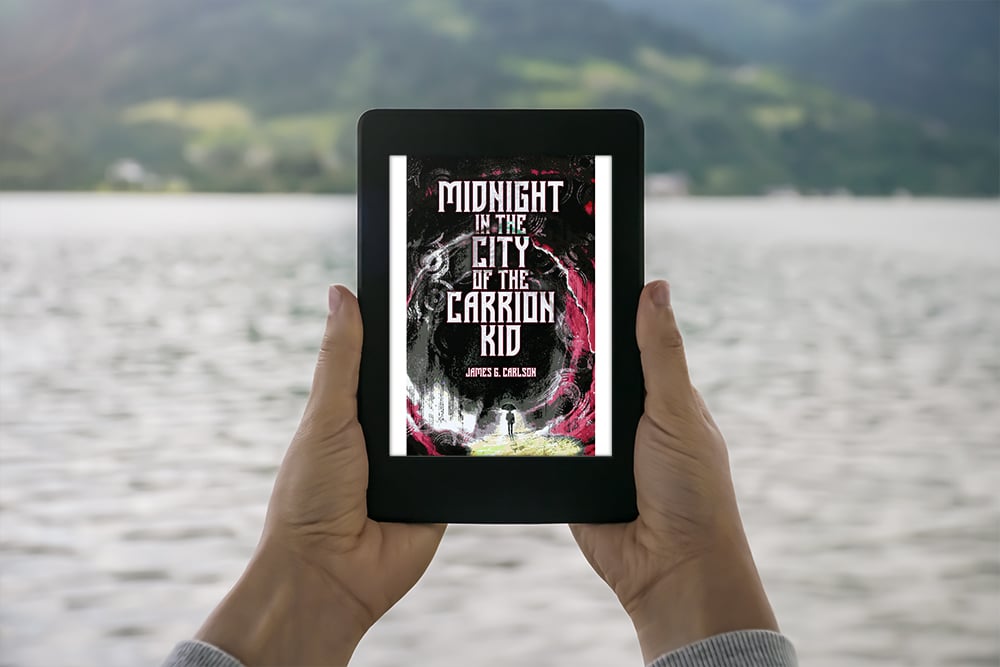 The tale never overstays its welcome, ending right when it needs to. And believe me…there’s an art to this. Not every writer can, or should, tackle the short-story format. But the more I delve outside of my comfort zone, the more I am discovering an immutable fact:

There is an inherent strength in shorter stories; a power in parsimonious prose.

Mr. Carlson understands this, allowing his creation to unfold at the perfect pace. There were no skimmable segments. I was never bored. Everything just clicked.

Third, there is an incredible amount of imagination on display here. Coupled with his descriptive style, the desolate locations and disgusting denizens of this tale came very much to decrepit and repulsive life. The various creatures are most certainly nightmare-fuel. And the entire concept of the In-Between, and its reason for existing, were unique and engaging.

I fully expected to not be able to identify very well with the main character, but by the end of the story, I was completely invested in his plight, his emotions, and his catharsis.

The supporting cast shine as bright as they can, given the shortness of the tale. But by and large, they were entertaining and varied.

My nitpicks, if they can be called that, are few. The climax of the story is appropriately awesome, but I feel like I missed exactly why this one person (they who shall not be named) was the one to confront the chaos. It’s entirely possible that I missed their import…or maybe Mr. Carlson was intentionally leaving their identity vague. I wanted ever so slightly more of a “why” for them. And that’s it actually.

I can actually see myself going back and re-reading this one a few times. And that, my friends, is the mark of a good story!

If you’re in the mood for something dark and twisted yet short and sweet, look no further. Midnight in the Garden of the Carrion Kid will scratch that itch (with clawed and diseased fingers, but I digress) most heartily!