Featuring a Nazi conspiracy, evil elves, and an alcoholic Santa, 1989’s “Elves” is easily one of the strangest and most unique Christmas horror movies. 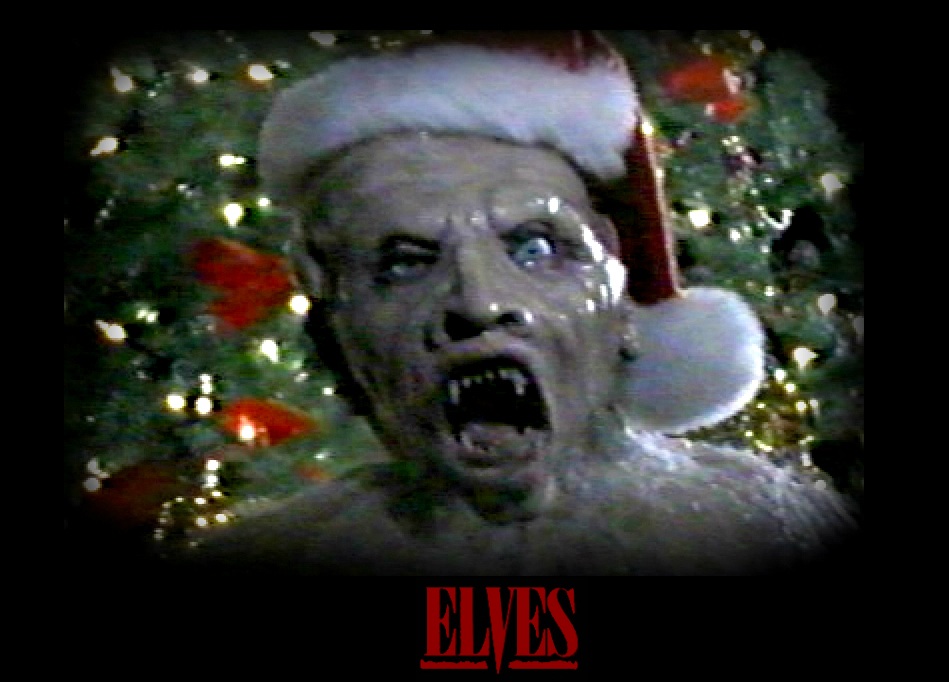 We continue “50 Years of Holiday Horror”, in partnership with our friends at Horror Hut and Scream Stream — a look at holiday horror from the 1970s through the 2010s. Our pick for 80s era holiday horror is the “so bad it’s good” gem Elves (1989).

Christmas was dead, at least for teenager Kirsten (Julie Austin, Twisted Justice) and her friends Brooke and Amy.

Elves starts as every great Christmas movie does, with an Anti-Christmas pagan ritual gone wrong. What starts as a harmless ritual quickly gets derailed when our leading lady Kirsten cuts her hand in a totally avoidable and completely laughable accident. But this accident awakens something dark and evil….and just a little bit Christmas-y.

The 80s were a lawless time for storytelling. 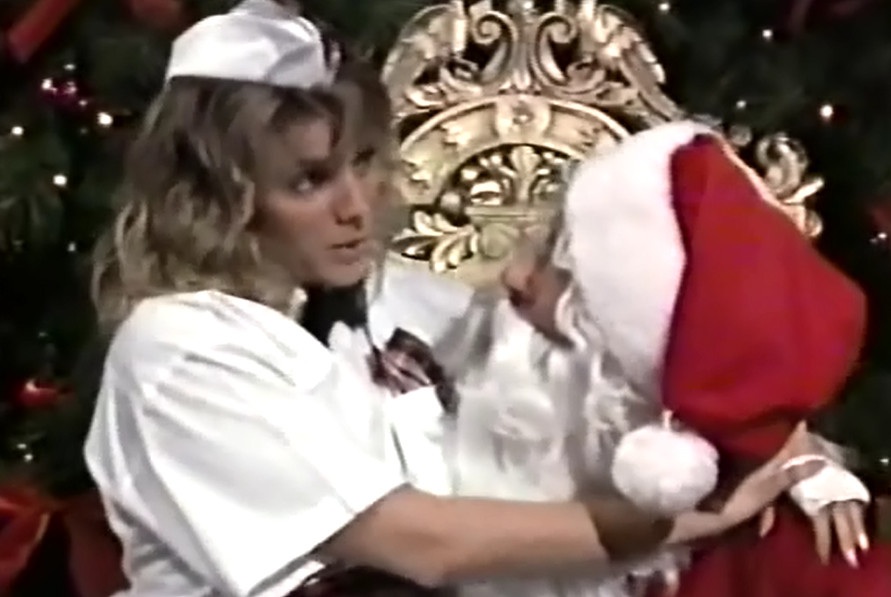 There are times you can look at a movie’s plot and wonder just how it was greenlit. Elves stands proudly at the top of the “how did this get made?” pile, boasting one of the more bizarre plots to ever  grace a Christmas horror film (or any film, for that matter). Let’s get into it.

Neo-Nazis wish to fulfill Hitler’s plot of creating a master race. Turns out, such a feat can be achieved by breeding an ancient demonic Christmas elf with a pure-blood Aryan virgin. The only obstacle standing in their way of their otherwise fail-proof plan is a reformed, inbreeding Nazi grandfather and a disgruntled, alcoholic ex-detective turned mall Santa.

Check out this great, two-minute primer of the film from Horror Hut, and then keep reading for more our in-depth coverage of this insane but highly entertaining holiday horror classic.

A story this insane has to come from 80’s filmmaking.

This is the decade that gave us such peculiar and amazing plots like we find in films like They Live, Waxwork, and Motel Hell. Those wonderfully weird 80’s vibes are present throughout this undervalued Christmas classic. And that alone makes it worth a watch — just maybe not too close of one.

There is one performance in Elves that stands above the rest. This character is truly evil and far viler than any other. The Grinch wouldn’t even come near them with a 39-and-a-half-foot pole. And, shockingly, it’s not the demonic Christmas elf brought to impregnate an innocent teenager, nor is it the band of murderous Neo-Nazis intent on destroying the world.

Kirsten’s mother (Deanna Lund, Land of the Lost) is the emotionally abusive, cat-murdering queen of all things evil in Elves. Her hatred and anger are so pointed from the beginning that she quickly steals the show, easily being the most terrifying part of the film. 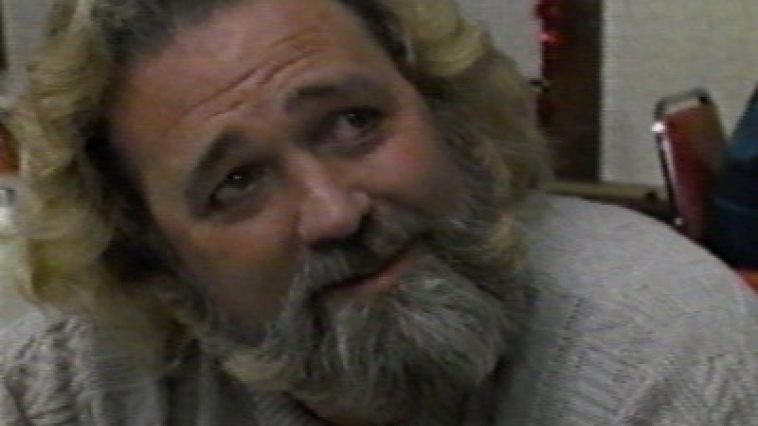 Our alcoholic mall Santa hero played by Dan Haggerty (The Life and Times of Grizzly Adams) is her polar opposite in both on-screen character and line delivery. While Lund displays malice with every biting word she utters, Haggerty seems emotionless as he just bellows out his lines with a confusing suddenness that sometimes just hangs in the air.

However, both characters a blast to watch in their own right. And the few scenes they are on screen together are the most laughably enjoyable.

To be fair, Elves is a bad movie. 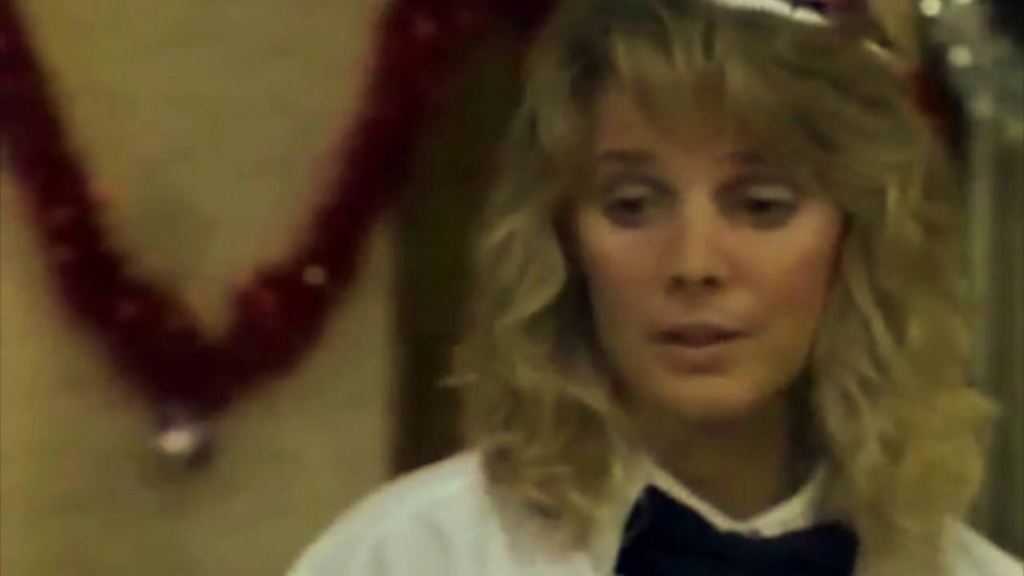 It’s grainy, the plot is baffling, and the acting is all over the place. The effects are a bit of a saving grace. But as a whole, they all come off incredibly cheesy. But that’s precisely where the charm of this movie lies.

It knows it’s bad, and it doesn’t try and come off as something it’s not. Elves is just a bad horror film that’s so cheesy it truly becomes good. Nobody should watch this movie expecting to be blown away. Elves is a mess from start to finish. Parts of the movie are so over the top that they seem ridiculously out-of-place. And let me remind you once again, this is a film about demonic Christmas elves.

If you don’t appreciate cheesy and gloriously bad horror films, Elves definitely isn’t for you.

On the flip side, this movie is a real g