For horror fans hoping for another home run from celebrated filmmaker Jordan Peele, his latest “NOPE” absolutely does not disappoint. In just six years and three films, director Jordan Peele has helped bring the term ‘elevated horror’ to the mainstream with his particular brand of social commentary mixed with visceral thrills.

He first terrorized audiences in 2017 with his auspicious thriller Get Out, and again two years later with the horror opus Us.

Replete with humor, likable characters, and violence captured with exquisite technical craft, these films achieved the rare feat of appealing to both the casual moviegoer as well as the staunch film critic.

With such a one-two punch under his belt, the question naturally became if Peele could deliver another knockout, cementing his place as one of the newest masters of horror.

That question would be answered with the highly anticipated arrival of his third film, NOPE, during the summer blockbuster season.

What we get this time around from Peele is an expansive, somewhat confounding, but ultimately monumental movie. 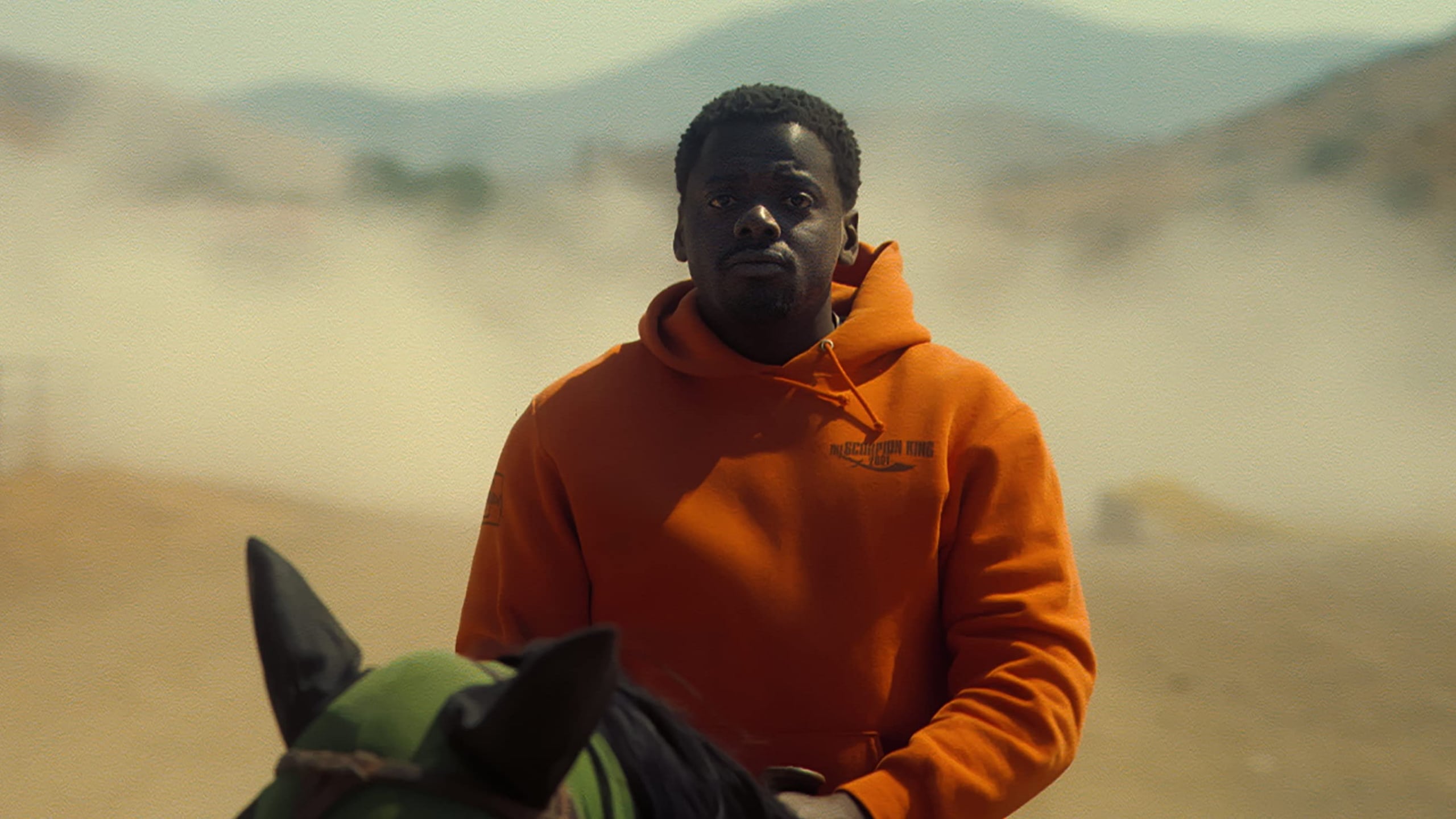 The action begins at Haywood Ranch, where main character OJ (Daniel Kaluuya, returning to the Peele stable after also starring in Get Out) works as a professional horse-wrangler for Hollywood.

Intelligent, introverted, terse, and focused, OJ has trouble connecting with crew members during a shoot. But he is thankfully soon rescued by his much more outgoing and all-around vivacious sister Emerald Haywood (scene stealer Keke Palmer, from Scream Queens).

Her tardiness to the shoot — as well as her propensity to self-promote — irritates OJ and makes for interesting friction between the siblings.

OJ views Emerald’s self-promotion of her “side projects” as disrespectful to the family business he is proud of, whereas Emerald more so believes that horse-wrangling with her brother is the “side project”. This familial strife provides a grounded entryway to caring for the characters before proceedings start to get wildly otherworldly.

Things first appear iffy when the lights start acting up and OJ notices something that looks a lot like non-human life appearing in the sky.

He and Emerald then devise a plan to capture the phenomena on film, a venture that leads them to cross paths with electronic store Fry’s employee Angel Torres (played delightfully by relative newcomer Brandon Perea) a bleached-blond recently dumped over-sharer who cockily brags to Emerald and OJ that they will never figure out how to rig their property by themselves, thereby requiring him of his services.

This forms an uneasy alliance in the quest to capture footage of ‘the impossible’. These three are not the only ones who have noticed alien activity.

There’s also neighbor Ricky ‘Jupe’ Park (Steven Yeun from The Walking Dead), an ex-child star who witnessed a horrific event go down while taping an episode of his hit sitcom many moons ago. This infamous moment does not keep him from cashing in, utilizing his cache to operate a theme park located not too far from Haywood Ranch.

Yeun presents his character with light comical air, underpinned with an air of unsettling disquiet. Much like Emerald, OJ & Angel, he will soon find himself in way over his head.

What follows next can really only be experienced, dissected and eventually probed in the hopes to grasp and understand the rich philosophical and deconstructive commentary Jordan Peele is delivering on humanity, and the commodity of spectacle & disaster.

Audience obsession, that craving for the money shot without consideration of consequence, are all explored with alarming and immediate adeptness. If there is perhaps any detraction to the movie, it is that there is simply too much going on — with NOPE, from time to time, reaching just slightly beyond its thematic grasp.

This is but only a nitpick though, and actually entirely appropriate for a film about the unknown to not dole out any easy answers.

With a supporting cast that includes Keith David and Michael Wincott (who each earn some nice 80s horror cred, having appeared in The Thing and Curtains, respectively) and on-location shooting in the Agua Dulce desert in northern LA with IMAX cameras, NOPE takes vast strides to deliver audiences a summer blockbuster unlike any thing before.

Citing direct influence from revered properties like Jurassic Park, Close Encounters of the Third Kind, King Kong, and The Wizard of Oz , Peele stuffs his 130-minute saga with a cavalcade of symbolism and reverence for the exploration of other worlds that makes movie-making so magical in the first place.

Ultimately, Peele delivers the goods yet again with this assured and ridiculously confident cosmic gift to cinephiles and idealists who cannot help but believe there is more to life than can be touched or seen.

For me, this one earns a solid 4 out of 5 butterflies. See this film!