As with horror films, music can help make or break a horror game — creating an immersive and thrilling experience that’s second to none. 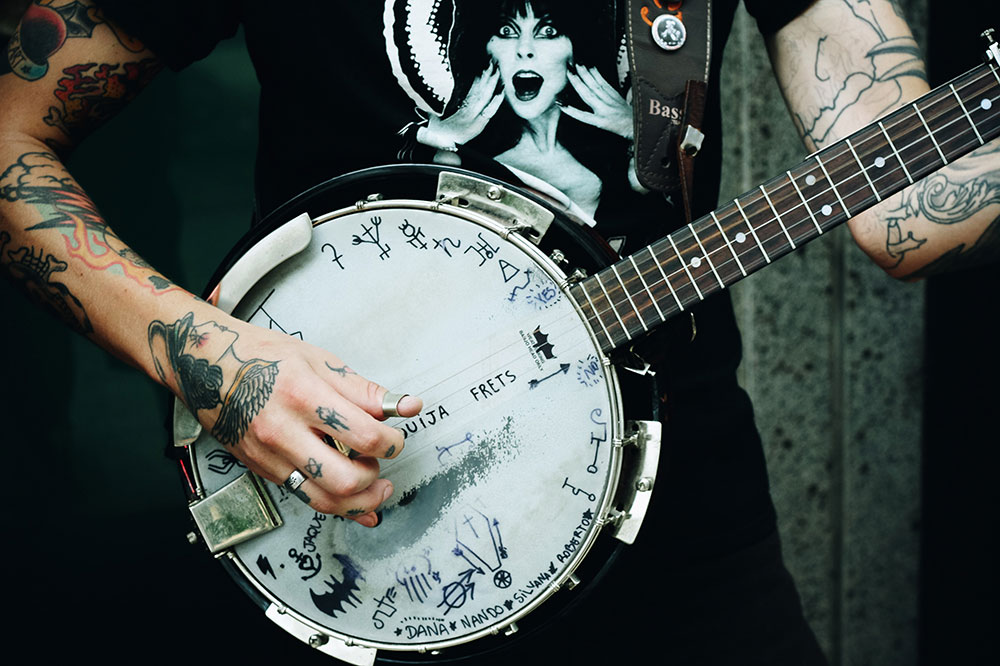 If you like horror video games, you’ve probably already played the classics. Games like Resident Evil 1, Silent Hill 2, and Eternal Darkness have defined the genre and turned single games into successful franchises (although, we’re still waiting on the Eternal Darkness series). Whatever horror games rank among your all-time favorites, you’ll probably agree that a game’s soundtrack is an essential component to creating the atmosphere and tension that make these games so terrifying and exciting to play. The perfect music track in a game can turn an already spine-tingling scene into a legendary scare-fest.

In that spirit, let’s look at six of the best, most effective, and most memorable tracks in horror game history.

1. Metamorphosis I – Castlevania: Symphony of the Night

Castlevania: Symphony of the Night is widely regarded as the best of the Castlevania series, even though it had nothing to do with the original NES or SNES style of gameplay. This game coined the term “Metroidvania” because of its combination of the Metroid labyrinth gameplay with the horror themes that Castlevania is famous for. This game features a lot of organs and pianos to form a portion of the gothic, anxious, and foreboding soundtrack.

“Metamorphosis I” plays as you approach the dread castle for the first time, preparing you for the battle ahead. The thick atmosphere the song creates is definitely memorable.

Although Dead Space 2 and 3 made multiple missteps when it comes to scares, mostly because of the publisher EA, Dead Space 1 is a masterpiece in the horror genre. The opening puts you right into the character and the fear they feel walking onto the USG Ishimura to find horrible aliens.

“Welcome Aboard the USD Ishimura” perfectly establishes an eerie tone, luring you into the ship’s middle before hitting you with an unholy cacophony that leaves you exhausted, and terrified to move forward.

I’d spoil the plot of Silent Hill 2, but the story is so good that if you haven’t played you should do so as soon as possible. This series is so popular that multiple spin-offs were made, including online casino games. Akira Yamaoka has many outstanding tracks in this game, and for whatever reason, he has an impeccable talent of scaring the pants off of you without any visual accompaniment.

The cathedral-sized organ, with the synth pad, creates a bizarre, industrial and nightmarish feel in “Betrayal”. Be wary of Pyramid Head!

Let’s go back to old school. Ghosts ‘N Goblins on the NES spawned the fantastic remake Super Ghouls ‘N Ghosts with remakes of the older tracks. This game is so hard, most adults haven’t beaten it without cheats and save states. That’s why we picked the first track, “Haunted Graveyard” – because it’s probably the only song you’ve heard from the game.

Regardless, if you’re a SNES pro or a newbie, this song has super haunted house vibes and gets you pumped to die over and over again.

I know what you’re thinking: This isn’t a horror game…so what’s it doing on this list? But hear me out. Although the song “Lavender Town” from Pokemon Red/Blue is definitely creepy, with its woozy insanity and chiptune horror, the real terror comes from the legend that inspired it.  In Japan, there was a rumor that many children suffered from intense headaches and fell ill after hearing the Lavender Town song.

Although it was never proven true, Nintendo still changed the song slightly in the North American release to avoid potential lawsuits. How cool is it that there’s a creepy ghost story associated with an innocent children’s game? You can check out both the North American version and the original Japanese version of the song below.

This song is so bad that it’s good. The Resident Evil series has its fair share of scary music, full of dread and foreboding. But “Mansion Basement” fills us with dread in a unique way. The Resident Evil: Director’s Cut Dual Shock Version is the only version that has this song, if you can even call it that. First of all, it sounds like someone threw a keyboard down the stairs and slammed a cat against a wall.

What’s more terrifying is how the song supposedly made it into the game. The legend goes that Takashi Niigaki didn’t actually write this song. Rather, it was his ghostwriter, Mamoru Samuragochi, who wrote this piece. Mamoru Samuragochi was apparently deaf, and I’m not going to make a joke about that because we’re good people. However, it ended up that the ghostwriter wasn’t deaf and was exposed as a fraud. Let’s raise a glass to this horrible track on one of the best horror franchises ever made.