Posted by:
Tags:  A Fool There Was Cleopatra The Strain Theda Bara Vamp

A look at the life and legacy of one of cinema’s earliest sex symbols, the silent era femme fatale Theda Bara, nicknamed The Vamp. 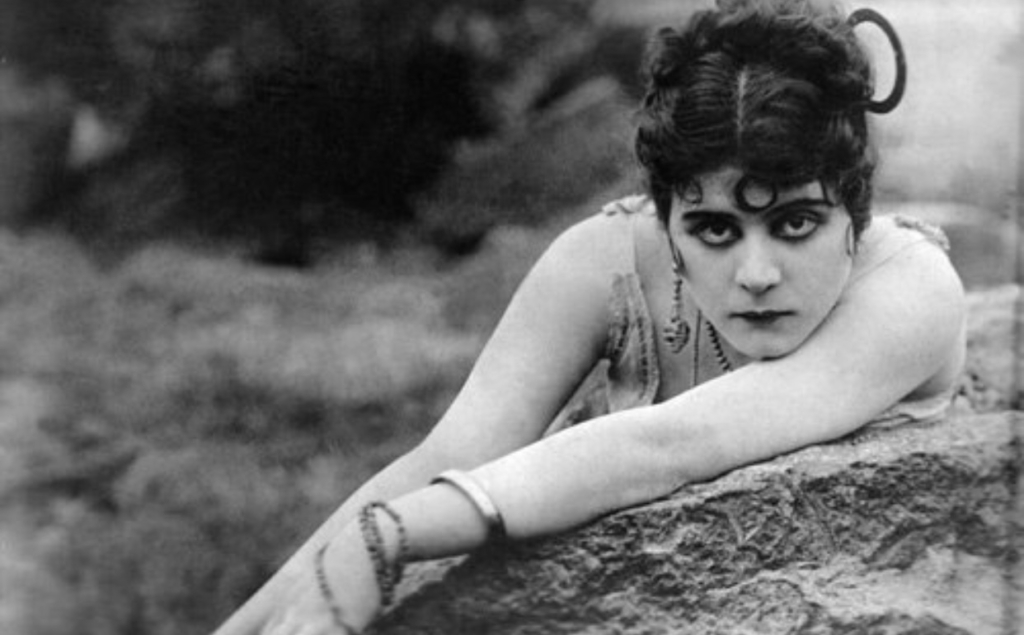 Among the most influential yet vastly under-appreciated figures of the silent film era is actress Theodosia Burr Goodman, better known by her stage name, Theda Bara (an anagram for “Arab Death”). Born to an affluent family in Cincinnati, Ohio, Bara began her career as a stage actress in 1905 and debuted on Broadway in a 1908 production of The Devil.

Though she made a name for herself on stage, Bara emerged from Broadway and enjoyed a successful career in the pre-Hollywood film industry after the overnight success of her defining role in A Fool There Was (1915). To many, however, Bara’s talent was attributed to, and partly overshadowed by her dark, entrancing, and seductive persona. 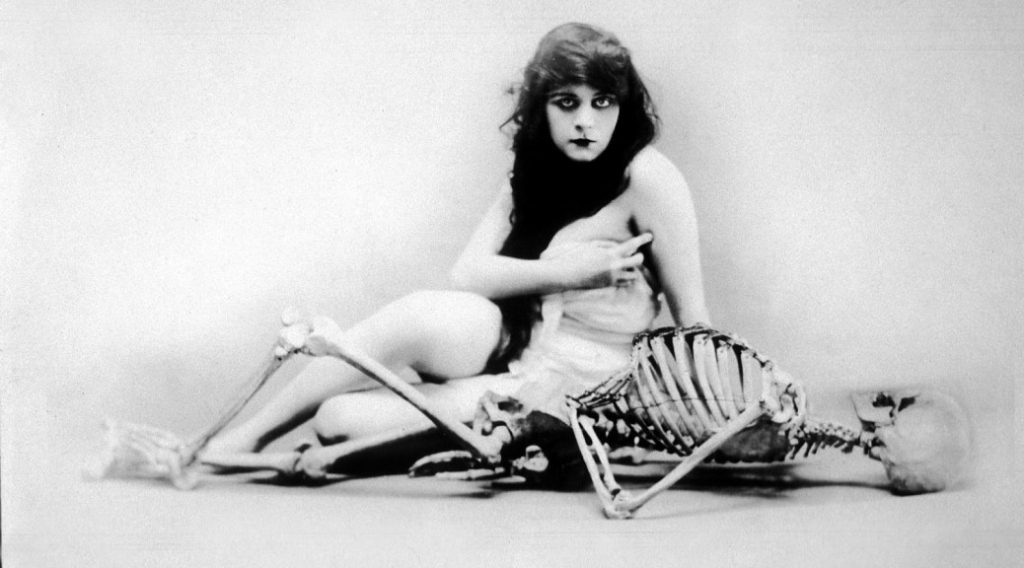 While most of her movies are classified as drama and romance, many are heavily influenced by expressionism, the occult, and Bara’s vamp-like appearance. In celebration of Women In Horror Month, here are some interesting facts you may not know about the “Vamp” herself. 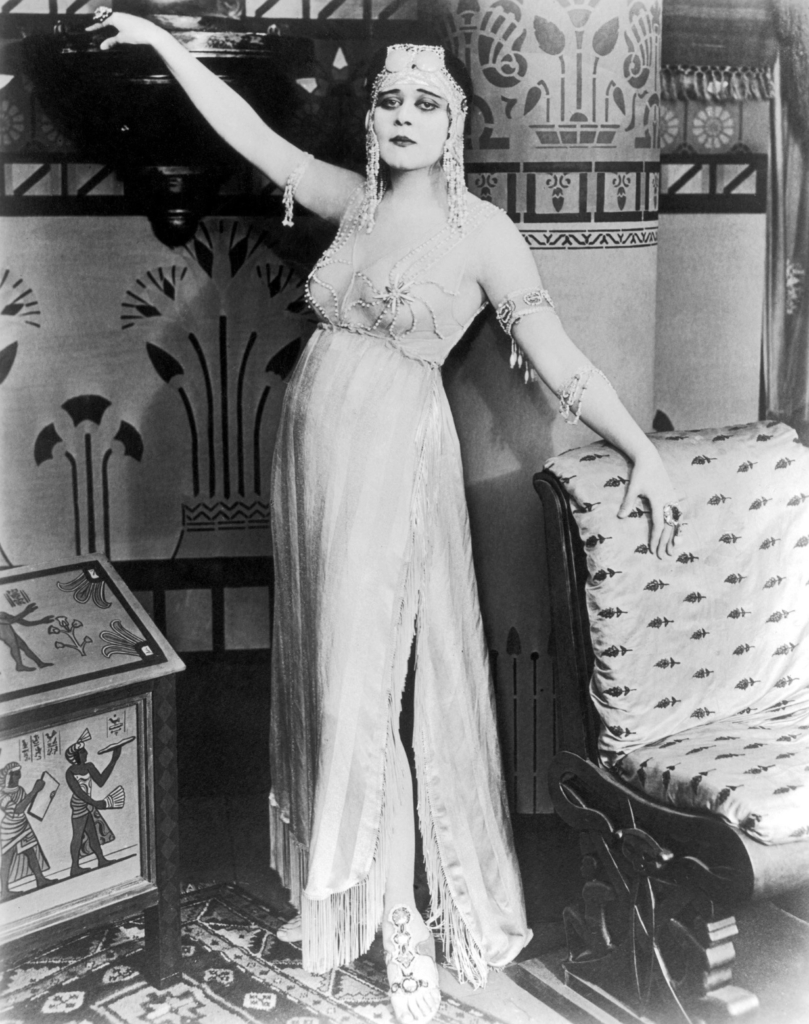 Theda Bara appeared in over forty films between 1914 and 1926, but most of them were destroyed in the devastating 1937 Fox vault fire at a film warehouse in Little Ferry, New Jersey. The fire occurred only three years after the storage facility’s construction, proving that the fire-resistant design was still vulnerable to combustion. Unfortunately, warehouse fires were not uncommon throughout the twentieth century, due to the flammable composition of nitrocellulose (or “nitrate”) film stock which, under certain conditions, was prone to self-ignition.

Excluding a few comedy shorts and surviving clips from Cleopatra (1917), Bara’s only surviving films are The Stain (1914), A Fool There Was (1915), East Lynne (1916), and The Unchastened Woman (1925). But despite the tragic erasure of her films, Theda Bara is recognized on the Hollywood Walk of Fame.

Her smoldering eyes and mysterious allure captivated audiences worldwide, but Bara’s off-screen reputation suffered tremendously as a result of her risqué performances.

Often, her characters embodied a cinematic archetype known as “The Vamp,” or a wicked seductress who uses her otherworldly charm to overpower foolish men and make them do her bidding. 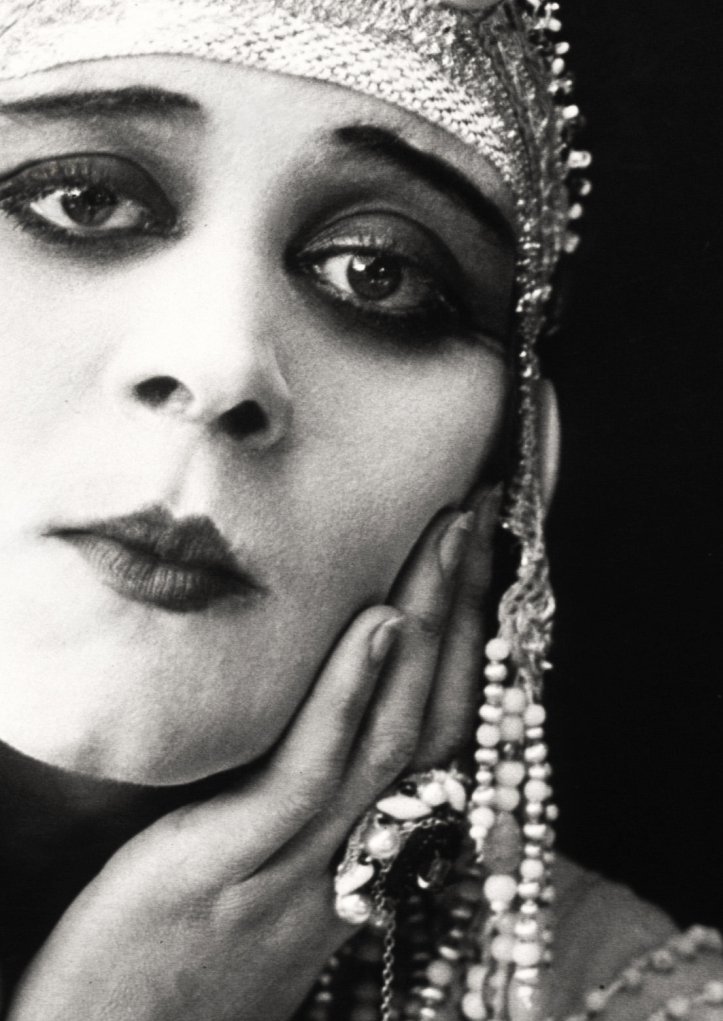 In A Fool There Was (1915), Bara famously portrays the “Vampire Woman,” who seduces a married diplomat, convinces him to abandon his family, and ultimately ruins his life. This film was so widely acclaimed that it ignited Bara’s career and earned her overnight success.

In When a Woman Sins (1918), Bara plays a charming and promiscuous dancer who, after winning the affection of many wealthy lovers, decides to auction herself to the highest bidder.

Despite her efforts to diversify her resumé and portray a wider variety of roles, Bara’s most notable characters are sultry femme fatales and women whose seductive nature and promiscuous behavior transformed Theda Bara from a self-proclaimed “sweet Jewish girl” to cinema’s first sex symbol.

Because the film industry was young and Bara played her roles so convincingly, many people struggled to separate fiction from reality. 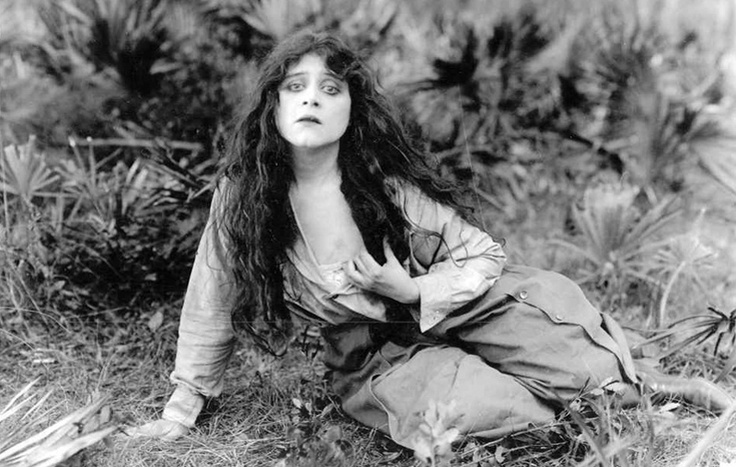 In her private life, for instance, Theda Bara reportedly suffered frequent judgment and discrimination. In a 1919 interview with Vanity Fair, she stated:

“Judging from the letters I have received, the popular idea of my home life was indeed a lurid one. I was generally visualized as spending Sundays and holidays undulating snakily about my apartment, or whiling away my free time stretched sinuously out on a tiger skin, gazing inscrutably through the smoke of my heavily-scented cigarette.”

Though she received countless letters from fans and admirers, many criticised her publicly for her despicable behavior — even though it was entirely fictitious. Tired of being typecast, Bara briefly resumed her career as a stage actress in 1920, having allowed her contract with Fox to expire. 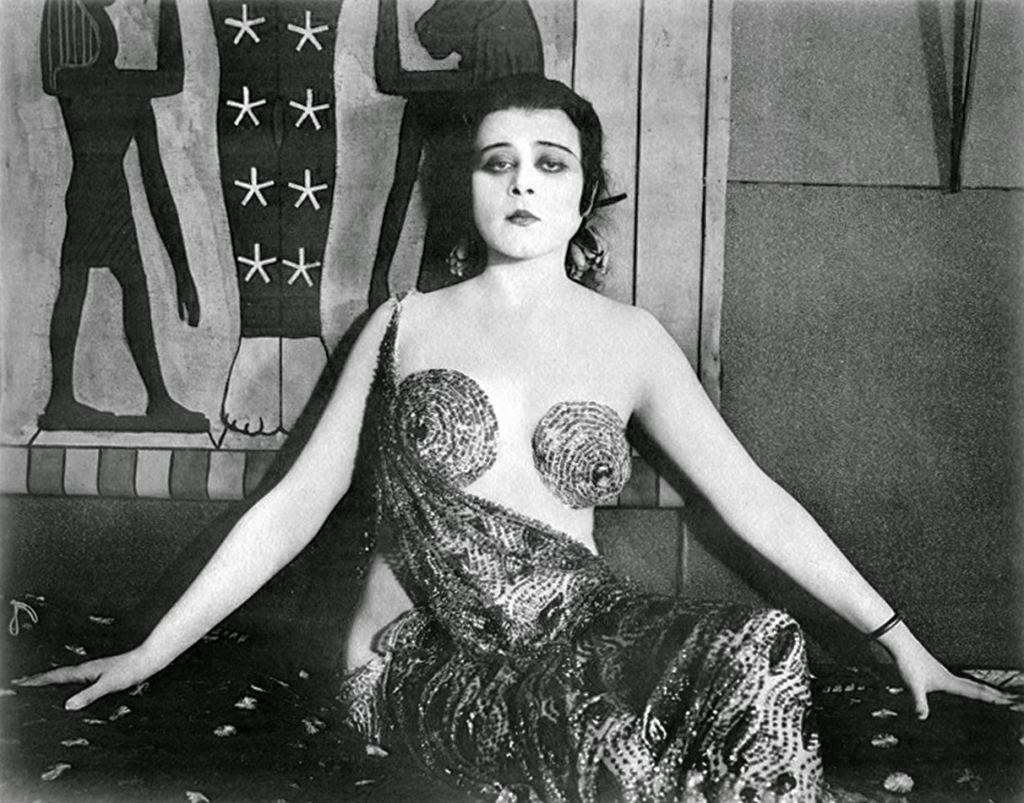