A made-for-TV slasher set at a serene lake house, “The People Across the Lake” features an all-star cast of early nineties sitcom stars. 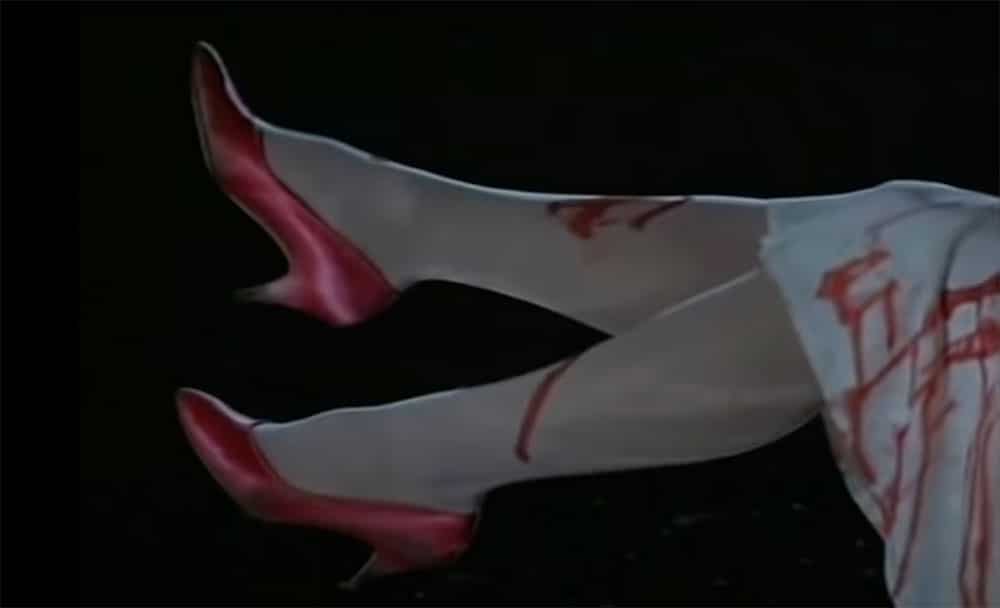 A family flees the city for the quiet sounds of lake life only to find themselves surrounded by dead bodies and crazy murderous locals. Let’s dig into 1988’s “The People Across the Lake”, directed by Arthur Allan Seidelman!

We go from the most uneventful opening kill in film history to the most privileged well-to-do family imaginable. With the snap of their fingers, the Yoman’s house is surrounded by Cop cars and helicopters — all because of a nosy neighbor.

Unable to cope with the untenable city life, they spring for the woods and buy a lake house, sight unseen.

Buckle your seat belt because you’re in for the most exhilarating windsurfing scene of all time. Chuck really adopts life at the lake as he starts a new business in the blink of an eye, building windsurfing boards for a community that has no idea what the hell they are. 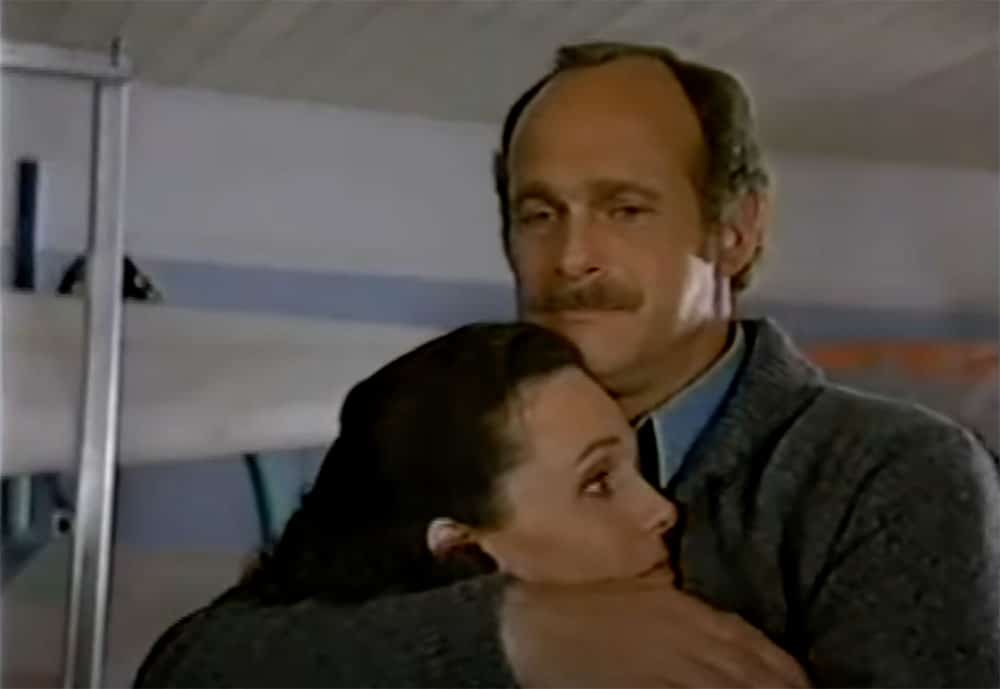 While Chuck jumps in for a swim in his tighty whities, he snags on a severed arm, which disappears when he brings the authorities around. Bodies pop up all over the property and the true culprit can be seen from a mile away.

For some reason, amidst the murder and mayhem, they decide to do a family photoshoot in random innocuous locations.

A predictable ending is highlighted by the killer’s cacoethes of collecting corpses in the basement, including his wife.

Before it became The Hogan Family and launched Jason Bateman’s career, which endures with fervor today, the show was called Valerie, named after star Valerie Harper (Rachel). She left after just two seasons, citing creative differences. 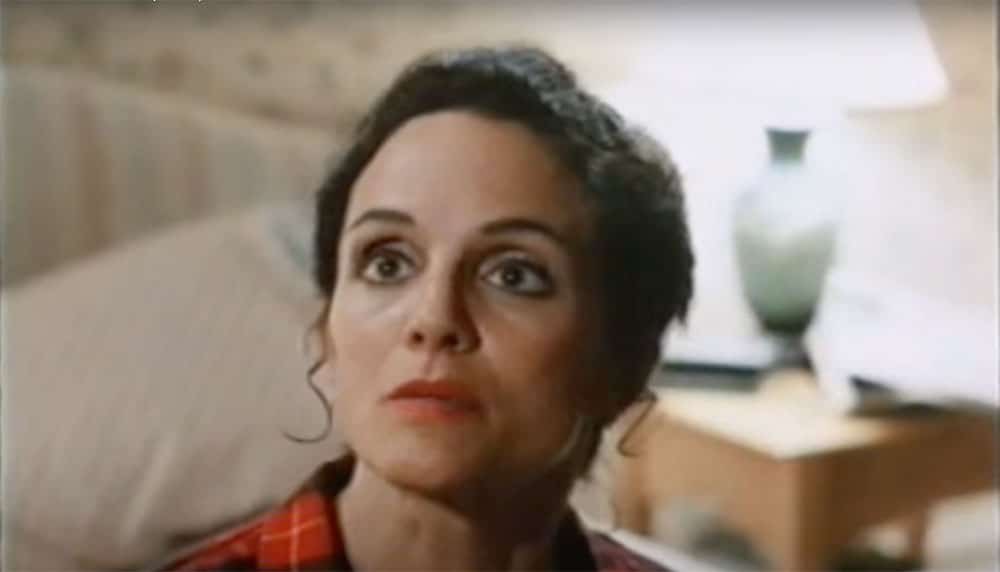 Another TV show from my youth, Gerald McRaney (Chuck), starred as Major Dad, a show I had virtually no interest in but still watched whenever it was on (along with Coach, weird taste).

Barry Corbin (Malcolm) had roles in Dead & Buried (1981) and Critters 2, but it’s his performance as General Beringer in WarGames, the original hacker movie, that I remember most.

It’s a bit part, but it was memorable enough that I recognized him right away: Daryl Anderson (Link) played one of the pilots at the beginning of The Monster Squad, which is by far the most re-watchable film in my queue.

For a made-for-TV movie, it’s a bit more gruesome than you would expect. The gore isn’t spilling over, but there is enough macabre imagery to satiate.

The scenery is as recognizable as any known actor; it’s Vancouver. Truly one of the most beautiful wilderness settings in the world. 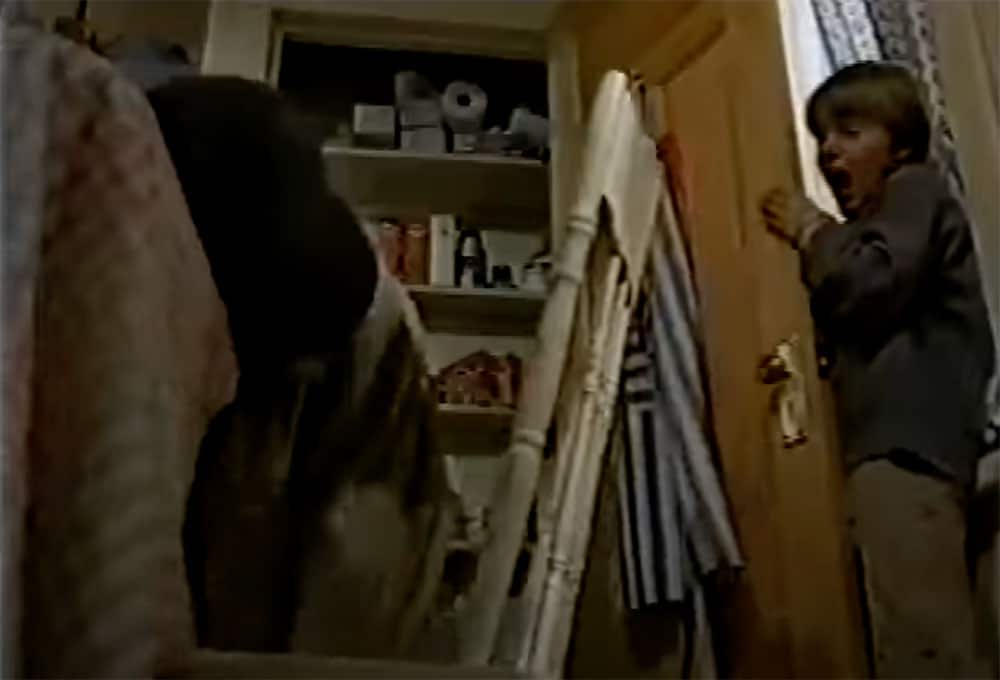 Lakehouse + woods + family + mysterious killer = success. Make it fresh, get creative with the kills, and it’s a watchable film any day of the week.

This will be really hard to track down. DVD or VHS are your only options, though the film may or may not exist on that big video hosting site.