As if the dating scene wasn’t scary enough, “Kirby, A Hero” takes it to a new level in the wickedly clever PSA for Day 25 of the WiHM Massive Blood Drive.

“It’s one of those sexy date things, that gets a little extra – if you know what I mean. Don’t miss Nicholas Burman-Vince’s brilliant Women in Horror Month Massive Blood Drive PSA.”  –  Jen & Sylvia Soska

If the name Nicholas Burman-Vince sounds familiar to you, it’s probably because you’re a Clive Barker fan. The Chatterer Cenobite from the first two Hellraiser films was played by Nicholas. He also played the character Kinski in Nightbreed. While continuing to act, Vince has found success in writing and directing. In 2016, he was given the London Horror Society Award for Outstanding Contribution to UK Independent Horror. He is also Patron of the London Horror Festival.

His first short film as writer and director, The Night Whispered, screened at festivals in the US, UK and France and is now available on Reelhouse.org. His second film, Your Appraisal, is on it’s festival run and a third, Necessary Evils, will be part of the horror anthology feature film For We Are Many, from Hex Media.

Nicholas hosts the weekly YouTube show “Chattering with Nicholas Vince“, where he interviews independent film makers and actors. His two collections of short stories, What Monsters Do (rated 5*) and Other People’s Darkness are both available on Amazon sites. His short story ‘Prayers of Desire’, a new origin story for The Chatterer was published in Hellraiser: Anthology – Volume 2 by Seraphim Inc. 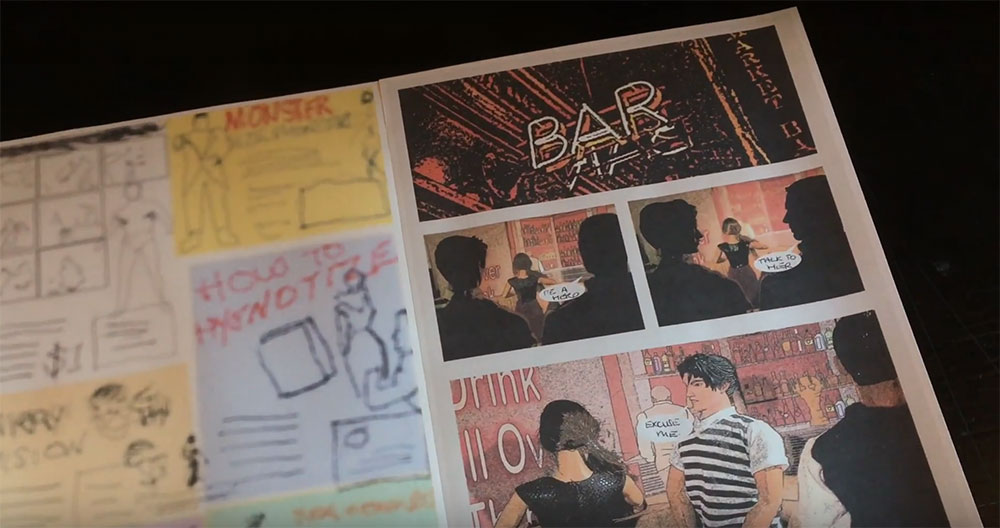 Nicholas had this to say about his involvement in the lifesaving campaign:

“When I was 19, I had major reconstructive surgery on my face and during the operation half the blood in my body was replaced via transfusion. For years, I thought was an extraordinary amount, but through my involvement with the Soska’s Blood Drive PSA, I’ve learned this is common — which helped put into perspective just how urgent the need for blood donations is.”

Nicholas added, “Surgery isn’t even the main use for donated blood. In the UK, 67% is used to treat medical conditions including anaemia, cancer and blood disorders.  So, people regularly need blood to survive.”

Watch what happens when things heat up — and get messy — between three bar-hopping singles in Kirby, A Hero.