Adventures in Movies: Squeal/House of Darkness

This week, we invite you to embark on a dark fairytale adventure with us and our featured films: “Squeal” and “House of Darkness”. 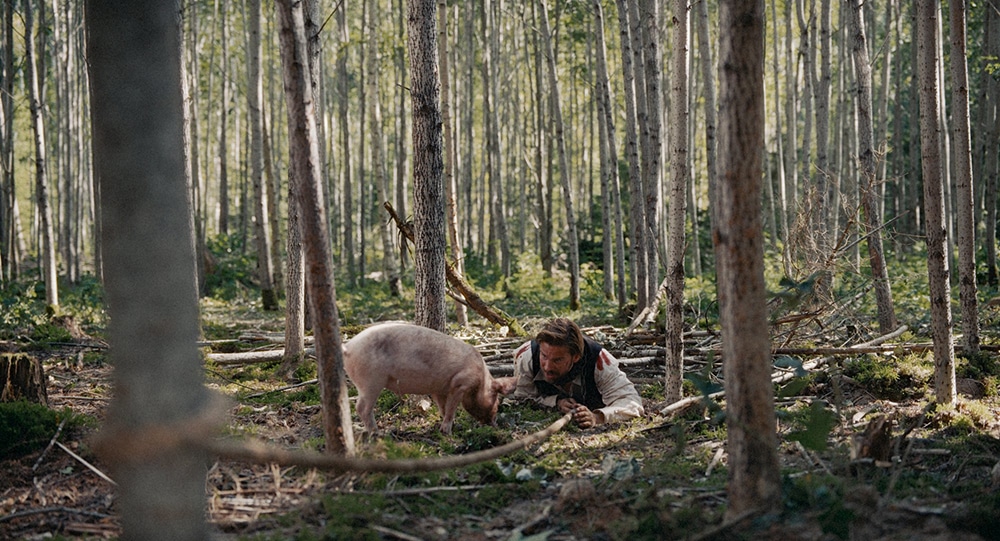 EPISODE SUMMARY
A few weeks back, we talked about how genre film festivals provide some of the year’s strangest and most unique releases. This week, we discuss two movies that will definitely fit that description. Twisted fairy tales are not new to horror, but our subjects for this episode manage to stand out.

We begin the episode in a typical fashion by discussing current horror events.

There is so much movie news this week! We start with a talk about the reveal of the new Pinhead. The photo was released literally the day after we recorded last week’s show, so we are very late to the party. That does not mean we do not have anything to say. We also talk about a surprising sequel from Kevin Smith.

But the big news surrounds Don’t Worry Darling. This has been on our radar since it was first announced. Surprisingly, there hasn’t been much buzz around it all year before it suddenly dominated the movie headlines. We talk about Shia LeBeouf (BOO!), Olivia Wilde, Harry Styles spitting on Chris Pine, and how Florence Pugh is about it all. We also talk about how inside all the nonsense is a movie we still want to watch.

Then it’s on to our featured new movie review.

Squeal is the story of a man who is looking for his father. During his search, he stumbles upon a woman and a pig in need of assistance. Before long, he finds himself in a situation that will change his life forever.

The film has a lot of good things going for it. It looks great, will make audiences feel all kinds of emotions, and is disturbing. It is also uneven, suffers from odd tonal shifts, and has one of the most unsatisfying endings of 2022. Did it do enough good to cover up the missteps?

Finally, it’s time for our spotlight review of an upcoming horror film to look out for.

House of Darkness starts with a man played by Justin Long dropping a woman he met at a bar (Kate Bosworth) at her palatial home. As things progress, he assumes he is in for a night he will never forget.

He is right, just not in the way he expects.

The movie is a single-location story with a small cast. We talk about its use of foreshadowing, strong performances, and how a message can overpower the horror.

Squeal is currently available to rent on most VOD platforms. House of Darkness is coming to video-on-demand on September 13, 2022.