Shudder Sunday: Skeletons in the Closet

One of the best entries in season 3 of Shudder’s “Creepshow” series, “Skeletons in the Closet” is an endearing love letter to the genre. With Shudder’s Creepshow returning for a fourth season this Fall, we take a deeper look into the craft and magic of Season Three — highlighting the season’s brightest moments.

In a stellar season, it was producer Greg Nicotero who gave fans perhaps the most affectionate episode with his excellent Skeletons in the Closet (episode 2, original air date: September 30, 2021).

Nicotero beautifully captures the film lover’s emotional connection to the backdrops of Hollywood Boulevard in Los Angeles, CA. With stretches of film museums lining up the streets and in a perfect photographic moment, George A. Romero’s Hollywood Walk of Fame Star shines for a few seconds.

Meanwhile, a reporter introduces us to the Lampini Prop House, a premiere movie artifacts museum that is set for its newest exhibition in two days.

The film aficionado and owner Lampini (Victor Rivera) explains the history of the prized chalice from Indiana Jones to two unappreciative guests to the frustration of his girlfriend and museum manager, Danielle (Valerie LeBlanc).

Lampini reminds his guests that props “have heart and soul.” 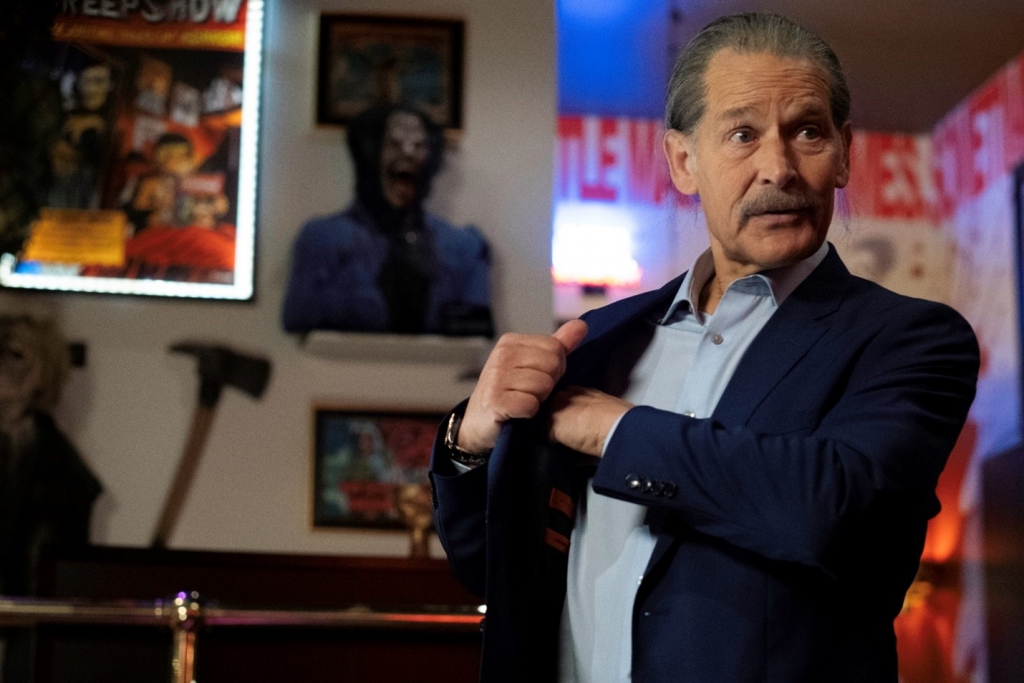 Later at closing, Lampini continues to be outbid online by his longtime rival, Bateman (James Remar), the one he considers to be his “Khaaaaaan!” He also shares his family’s history of Bateman with Danielle.

Remar, both elegant and charismatic, brings much fun to the character Bateman as he shows up the next night to peek in on “the holy grail of movie props.”

While basking in Lampini’s prized collection of skeletons from our favorite beloved horror films, he corners and runs a hard bargain on an unauthorized acquisition of Lampini’s. In Danielle’s rage to protect her lover, Bateman is served some From Russia with Love.

A blood-soaked evening of madness and mishaps ensues at the museum with wonderful tributes to Psycho, Phantasm, and Army of Darkness, just to name a few.

Lampini fights to bring order to the museum just in time for the opening and battle the evening’s “unexpected skeleton.”

Created by Nicotero and screenwriter, John Esposito, Skeletons in the Closet is a warm and overall humorous segment. 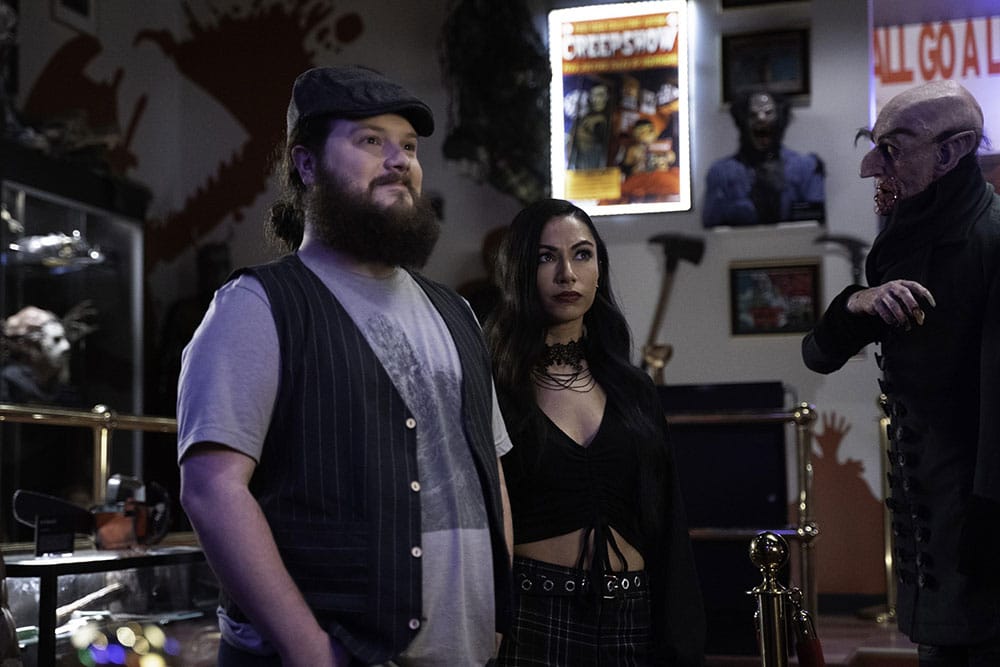 Victor Rivera as Lampini and Valerie LeBlanc as Danielle

Esposito does a perfect job in capturing iconic film references with much-controlled pacing, while editor, James Crawford, superbly shifts the transitions to the visual punchlines.

Come skin or bones, I’m also invested in the onscreen chemistry of Rivera and the stunning LeBlanc.

Lampini reminds us “props are magic, and they never die!”

For many of us fans, we spend years and hundreds of dollars building our shrines of magical props from figures to masks, pins, t-shirts, and deluxe box sets. Horror memorabilia has defined our culture and become the soul of our conventions, and Nicotero honors that all with this episode of Creepshow.

This may be Nicotero’s love letter to the genre, but I think it’s equally a love note back to the fans, without whom there would be no The Walking Dead or Creepshow.

SKELETONS IN THE CLOSET is for everyone who loves horror. When you feel you’ve lost the magic of the genre and forgotten what makes it so damn special, Nicotero passionately brings you back to it.