Shudder Sunday: The Boy Behind the Door

“The Boy Behind the Door” is a compelling, character-driven thriller about bloodshed behind closed doors and the power of friendship. 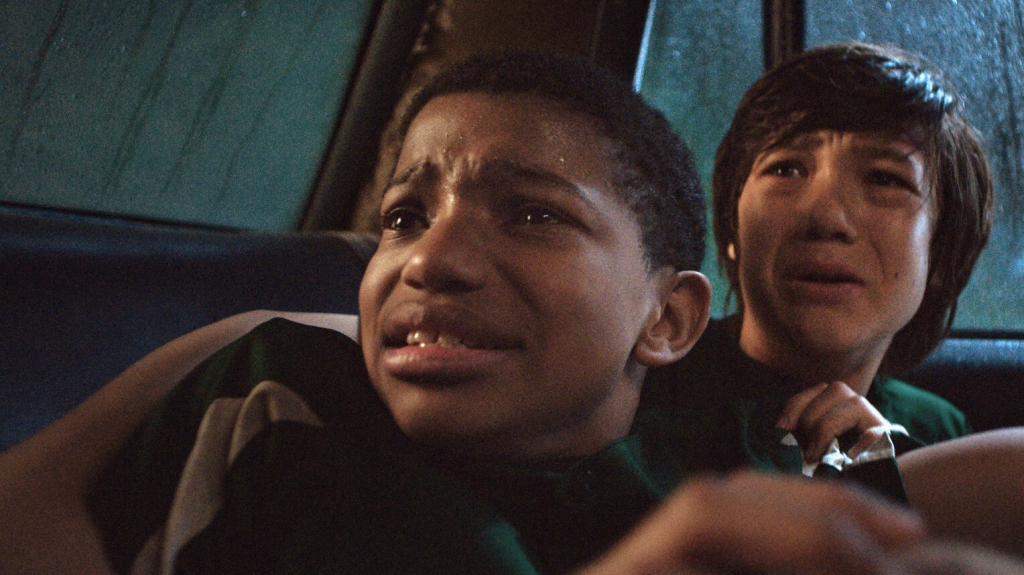 The 2020 thriller The Boy Behind the Door wastes no time plopping the viewers directly into the center of the action: a desolate, mechanical, and isolated landscape bathed in ambient hues of blue and green where two pre-teens have been whisked away against their will.

Much like these captive children, Kevin & Bobby, we as the audience are confined to this cold and hopeless environment for the duration of the film, save for some illuminating flashbacks that highlight the tender rapport of our protagonists who have only each other to rely on.

Although the kidnapping subgenre is one that can easily feel trite, an easy way to go around that is to feature characters that people can very easily root for.

It is nearly impossible not to care for the plight of a child, and this film does an excellent job of establishing both Kevin and Bobby as likable, but inordinately brave. 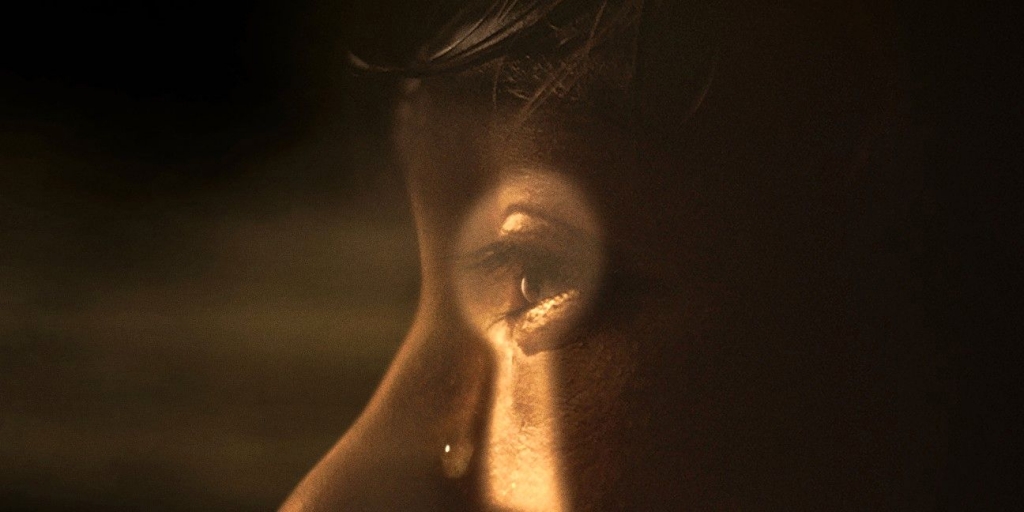 More so than most slasher movie victims, these characters are depicted as resourceful, empathic, and human.

The film pulls no punches in depicting their harrowing plight, and the natural screen ability of actors Lonnie Chavis & Ezra Dewey makes it so that the audience cannot help but root for their victories.

You’ll also grimace at the inevitable setbacks they experience in their quest to escape the clutches of their mysterious captors (one of whom is portrayed by genre favorite Kristin Bauer van Straten, who stole all of our hearts 10 years ago with her gleefully decadent portrayal of Pam in HBO’s True Blood).

Plenty of blood is spilled, with a handful of genuinely unnerving moments of visceral body horror. 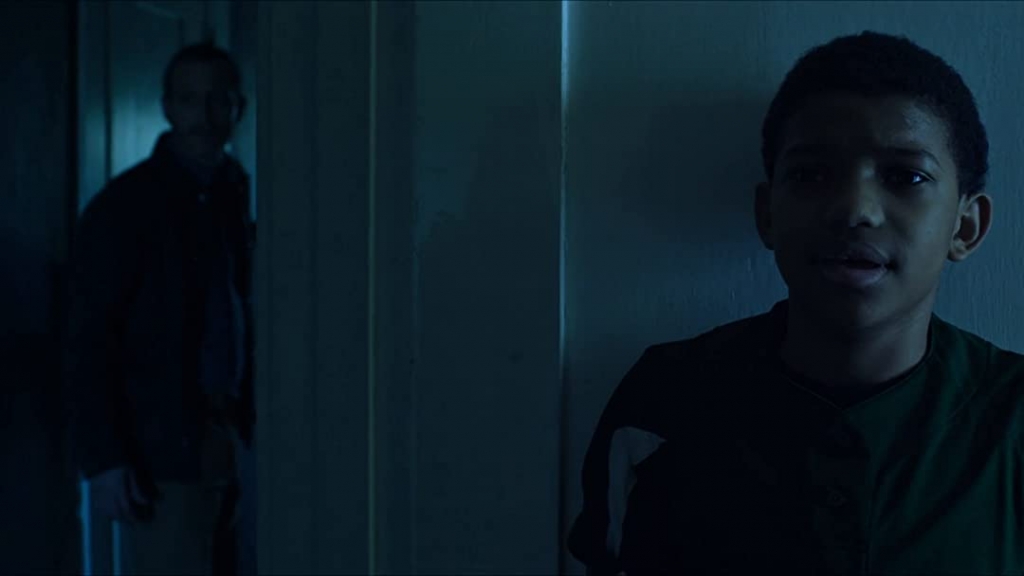 Additionally, the young boys do an impressive job of communicating the unbridled hopelessness their situation has afforded them. This helps to make the situation feel real, much beyond the genre trappings that similar, more inferior films typically fall prey to.

What also keeps the action moving is some engaging editing and transitions throughout. There is one extended and menacing tracking shot involving an ax that is quite elegant in execution and heralds a cheeky Shining homage that should bring a warm feeling of familiarity to Kubrick and King fans.

One would be remiss not to note the inviting and visually engaging cinematography throughout, as well as the fact that directors David Charbonier & Justin Powell are lifelong friends who clearly used their history to inform a dynamic of sensitivity, dedication, and heartwarming loyalty.

While The Boy Next Door does not exactly do a ton in terms of innovation, it more than makes up for that with a pair of characters that are relatable and impossible not to root for.

Bobby and Kevin’s relationship is inspiring, cathartic, and points viewers in a direction of hope & solidarity inherent in true friendship.

Clocking in under 90 minutes, the film never overstays its welcome and provides more than enough chill and technical prowess to appease horror and thriller fans alike.