The incredible combined artistic talents of Hiro Fujii (Comic Producer and Designer) and Daiju Kurabayashi (Comic Artist), genre artists out of the Mighty Japan, have teamed up to create some amazing horror art for Luchagore Productions — continuing in their efforts to support the spectacular creations of that ensemble group. Luchagore Productions consists of Gigi Saul Guerrero (Director, Co-Writer, Marketing) Luke Bramley (Co-Editor, Cinematography) Raynor Shima (1st A.D., Producer) Shane McKenzie (Writer) and Gordon Cheug (Co-Producer, Still Photographer, Behind The Scenes). Together, they have produced a plethora of amazing entertainment.

Like the United Nations of Horror, The Canadian and American women-led Luchagore and the Japanese Horror Shox / Studio Kurabayashi of Daiju and Hiro have been collaborating — and kicking ass — for several months now. The talented artists previously helped Luchagore with their twisted short video, Luchagore Easter, about a horrific Easter Bunny (watch below).

Shane McKenzie’s novel “Muerte Con Carne” evolved into the critically acclaimed short film El Gigante thanks to the work from Luchagore productions, and now the Japanese artists have created a wonderfully bloody and gory comic to accompany the story.

The art made available for the sneak peek is insanely intricate, dark, and perfectly sets the tone for El Gigante  — and it’s nothing short of astounding. Hiro and Daiju, like their filmmaking counterparts, are passionately driven, focusing on everything that makes Luchagore weirdly fantastic.

“El Gigante”, the short film based on Shane McKenzie’s novel Muerte Con Carne, has been a massive hit for Luchagore Productions, playing in festivals worldwide and receiving insane critical acclaim.  We are pleased to announce that the famous short film has now been turned into a graphic novel by the extremely talented team of Hiro Fujii and Daiju Kurabayashi from Japan!  The vibrant colors and eye-popping visuals of the comic perfectly capture the tone of the film, and this is sure to be a huge hit with fans of the story.  The BLOOD and GORE ooze from the pages, and will leave the reader feeling dirty and filthy, yet satisfied!”

Hiro Fujii was amazing enough to share two exclusive pieces of art, he has never shown anyone. With his approval, he agreed to let us share before the intended premiere date sometime later this Summer.  This first image is the very first rough sketch done by Daiju depicting the Luchagore team, for the production process behind Luchagore Tacos, which Hiro lovingly describes as “our love letter to Luchagore.” 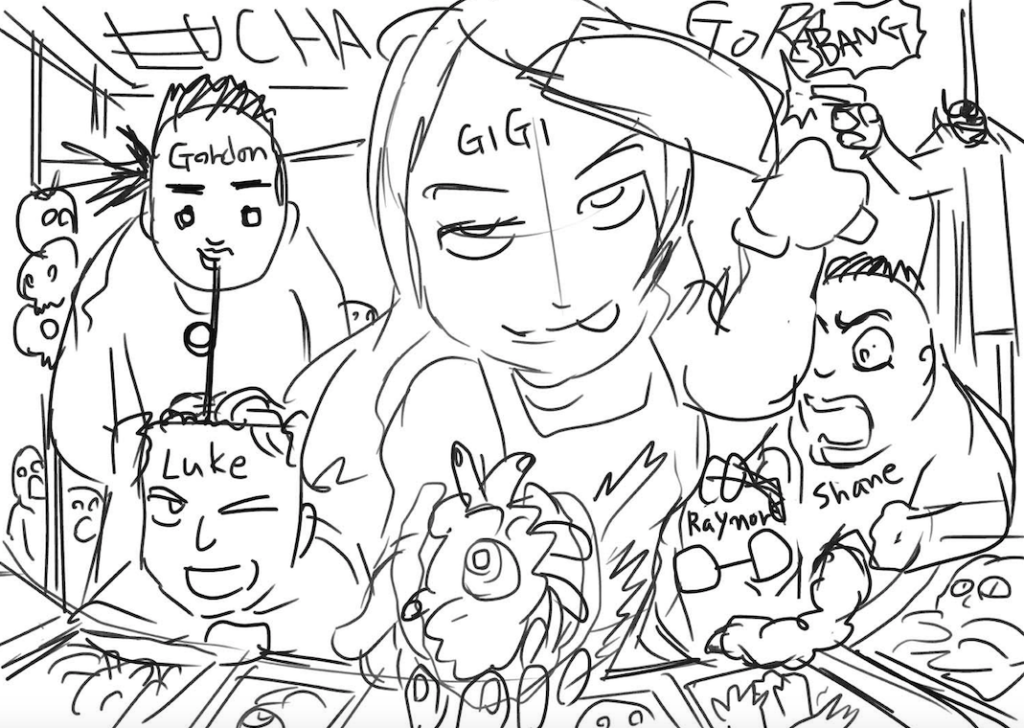 “We thought we could help promote not just Luchagore, but our art as well,” says Hiro.

And, yet another amazing unpublished image… 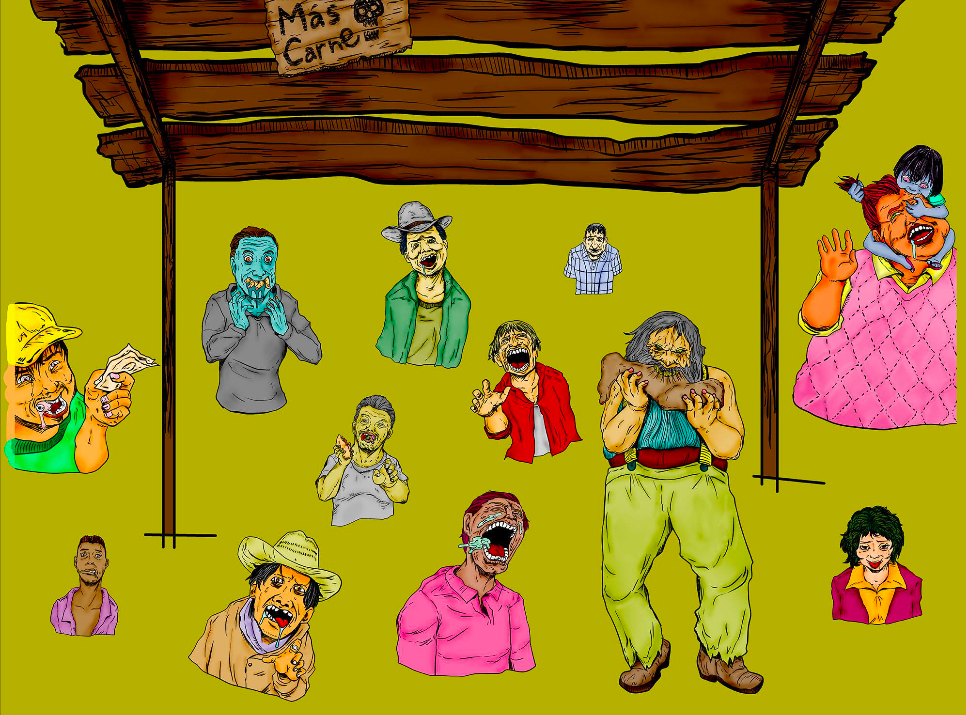 I personally adore these fellas and hope to see many more Indie Horror projects worked on by the artists.  They apparently made the first ever fan art for talented Director Izzy Lee and her Lovecraftian film INNSMOUTH, starring indie horror star Tristan Risk.

Make sure to keep an eye out, for everyone mentioned!