The Horror Genre and Why We Love It

A byproduct of the evolutionary process and a shared human emotion, horror films allow us to face our primal fears in the form of monsters. 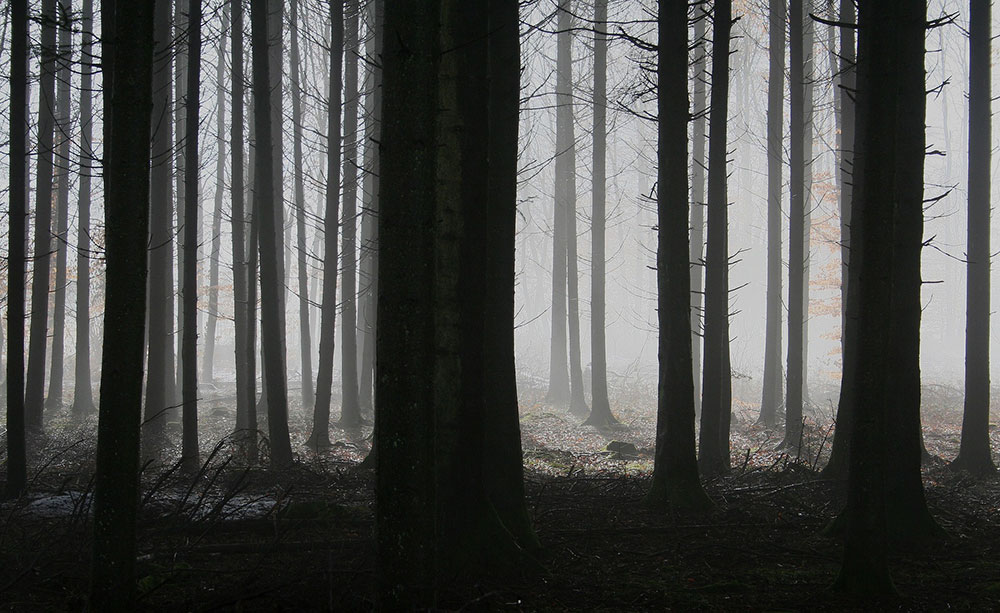 What Exactly IS Fear?

We’ve all been there; you just get done watching a horror film, and upon getting up from the couch, you stare down the dark hallway to your bathroom, suddenly thinking twice.

“Holy, crap, is it always this dark?” you ask yourself.

Feeling foolish, and reminding yourself that you are a grown person, you descend down the blackened abyss, half expecting a ghoul to pop out from the closet, or a  masked killer to be reflected in the mirror you pass. You reach the bathroom, and quickly flick on the bathroom light, shutting out the darkness…

Fear. It’s primal. It’s powerful. Just like love, it can make us act, think, and say some pretty extreme things. It has the potential to control our thoughts and manipulate our emotions, but if kept in check, serves as protective instinct. 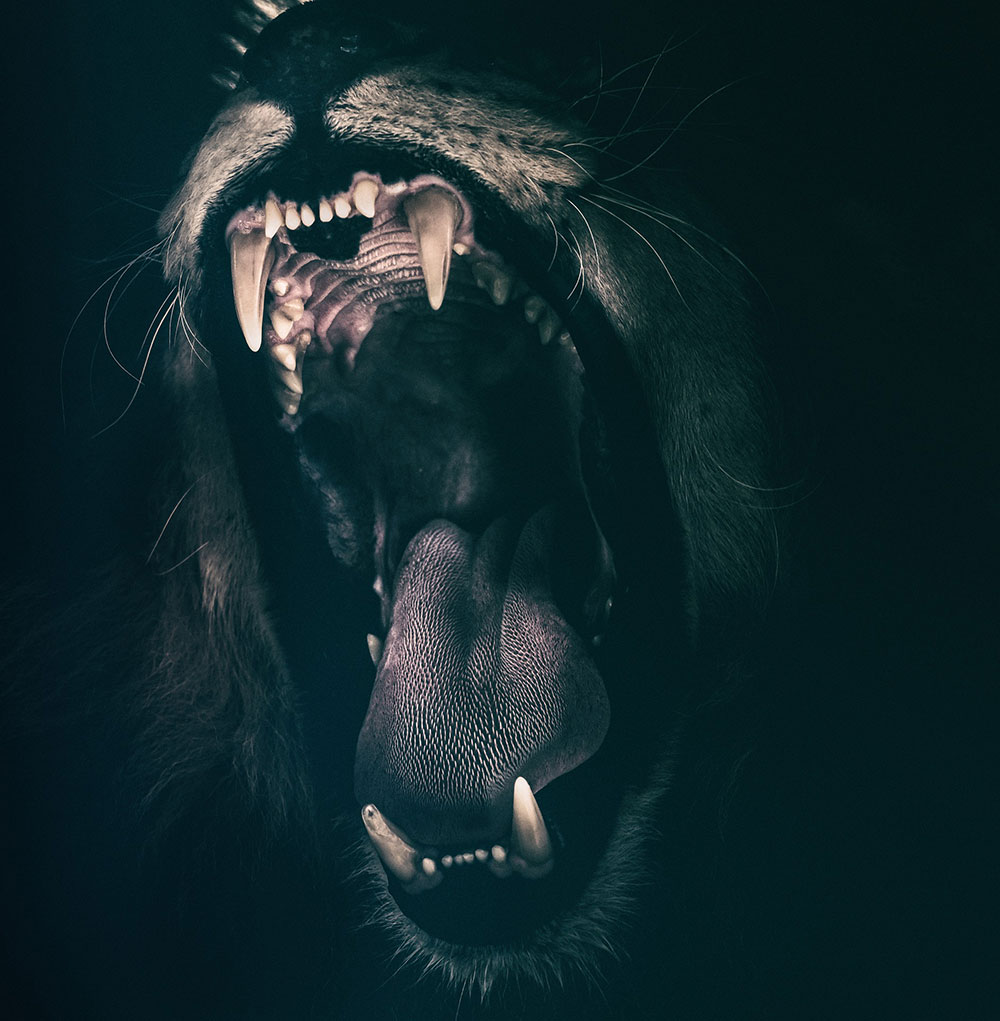 Tens of thousands of  years ago, humans had little to no protection from nature’s fury, or the ever-present threat of a nocturnal predator. Predators who were not only equipped with claws and sharp teeth, but could spot us in the pitch blackness of night, and could make their move before we even knew what happened. We had young to protect, food to hunt, fires to build, and weather to brave. It was a dangerous world we found ourselves a part of, and the instincts we developed as a result are still present in us today.

Neuropsychologist Christoff Koch’s research found that the right amygdala, which is the portion of the brain associated with fear learning, responded more decidedly to pictures of animals, than it did to people, places, or things. Though the animals pose no immediate threat to the person, the brain still processed the image of the animal as more of a threat than the images of weapons or dangerous people. No doubt, this explains why the gnashing of sharp teeth, and claws, or a pair of glowing eyes and a deep growl out in the distant dark still cause our hair to stand on end. 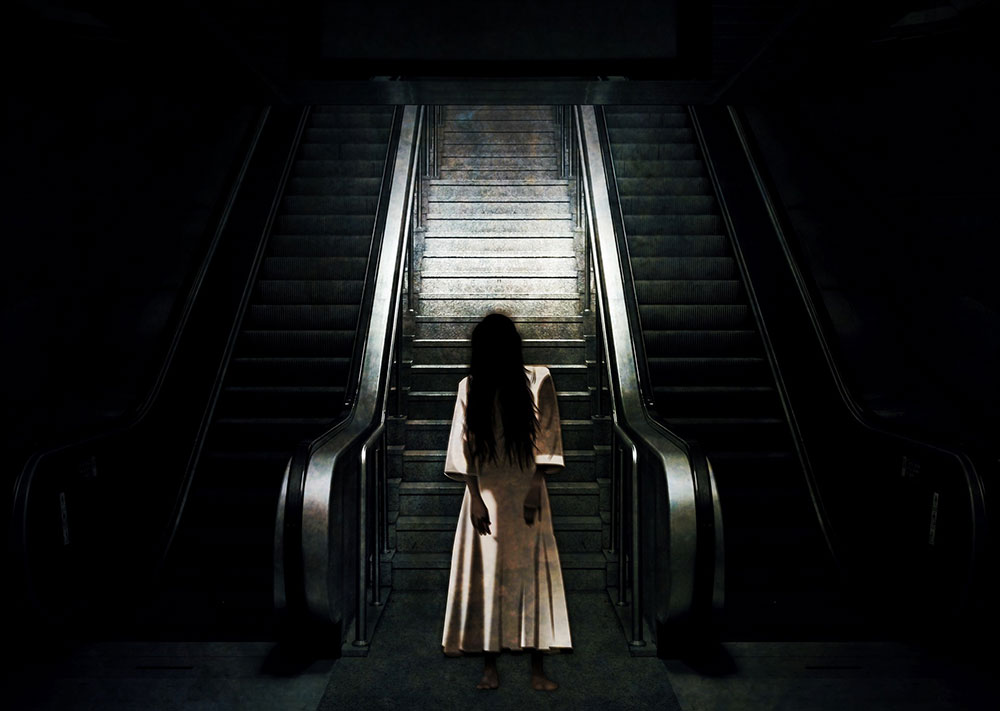 Fear is a response to anything we feel might threaten our chances of survival, and like anything, it takes many different forms for different people.

Everyone is afraid of something, and the spectrum of effect it has on people’s lives ranges from minor annoyances to full blown phobias that come with debilitating symptoms. Irrational or not, our fears can consume us if we allow them, and the way we have evolved to deal with our  most primal fears is through a fight or flight response. We must quickly assess whether we are equipped to fight the threat, or if we should just save ourselves by running away.

No longer consumed with the immediate threats of a primitive existence, and enjoying conveniences of the modern world, we find ourselves with instincts that seem displaced, but are present, nevertheless, on heightened alert. Many times, merely the sight or the mention of something unfamiliar triggers a response simply because we do not understand it, and ultimately do not know if it exists to harm us or not. After all, the dark was, and still is, only frightening because we do not know what lurks within it. 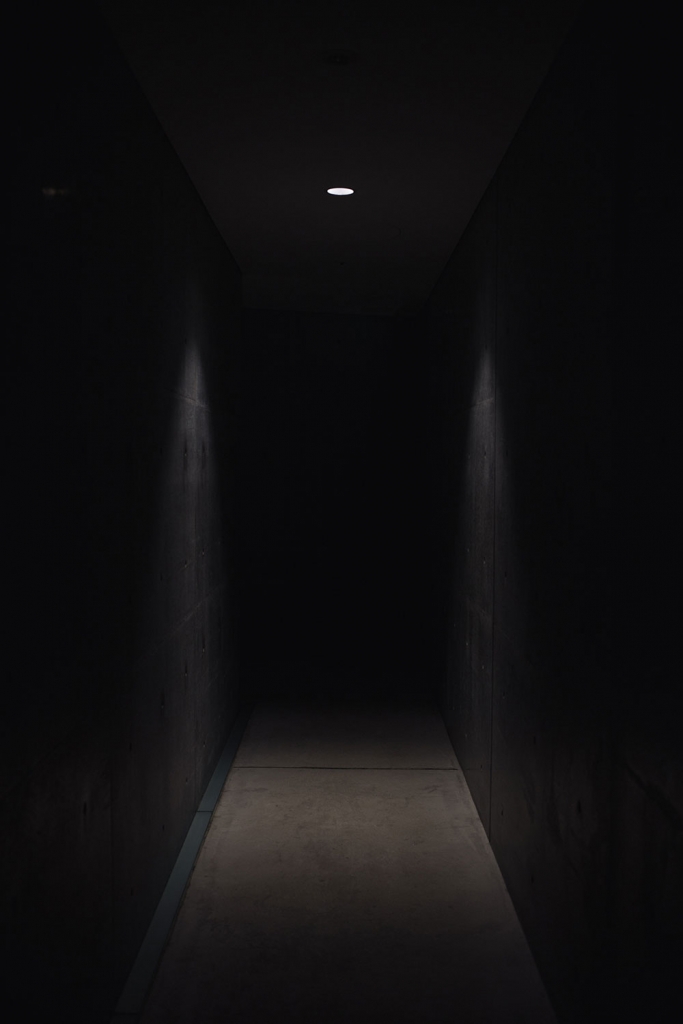 The problem is that when we perceive something as dangerous when it’s actually not, fleeing will keep us in ignorance, while fighting will keep us hostile towards our own kind if we allow ourselves to be ignorant as to the nature of unfamiliar territory.

So, how do we purge ourselves of these negative emotions? How do we work out thousands of years of evolutionary instinct without actually putting ourselves directly in harm’s way?

For many of us, the answer lies in testing our physical limitations with skydiving, bungie jumping, surfing, etc. But there are also those of us who turn to more subtle forms of adrenaline pumping goodness — like watching horror films. That’s how and why horror works. It taps into our primordial fear responses, allowing us to test our limits through the safety of the silver screen or the written page. The “monsters” that we confront in these stories are merely ghoulish representations of our own worst fears. 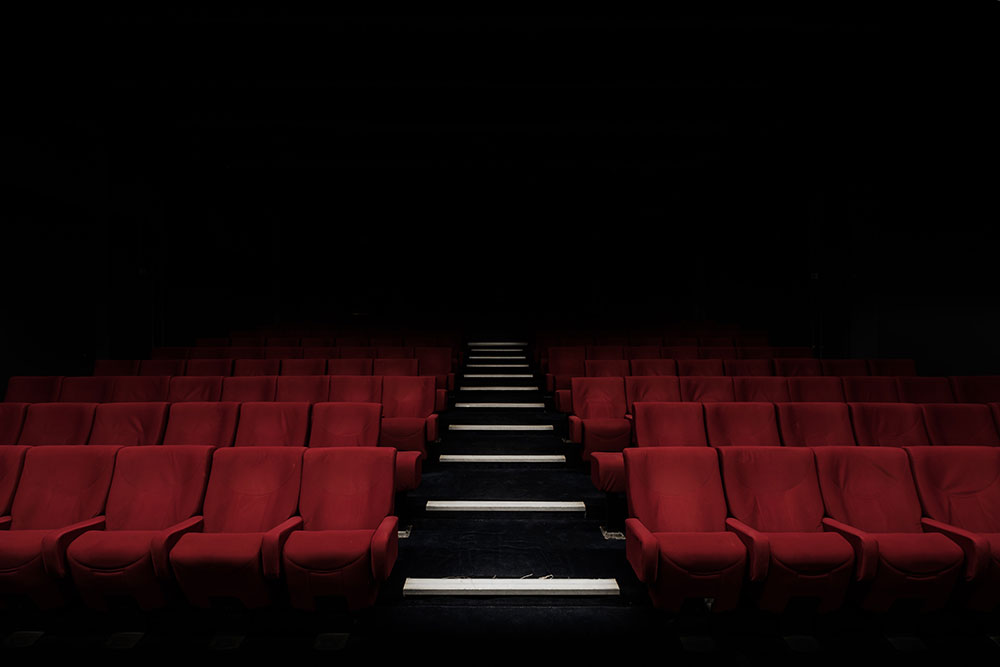 And if it’s a tale being relayed by a master storyteller, it’s sure to be a visceral, enlightening, and stimulating experience that should challenge our views on the world, ourselves, and how we treat one another as a species.

Horror Reflects Who We Are – THE MAKING OF MONSTERS

While horror can be, at times, hard to watch, depending on your tolerance for tension and some gore, it also seems impossible to look away from or simply ignore. This is why time and time again, we are brought back to films depicting even the most extreme situations a protagonist can undergo.

Horror teaches us that monsters are always made. The monsters we face onscreen and through the page are usually in some way a sympathetic character who was once either human or had some humanity left in them, and through a series of unfortunate circumstances, becomes the victim of some awful plight. 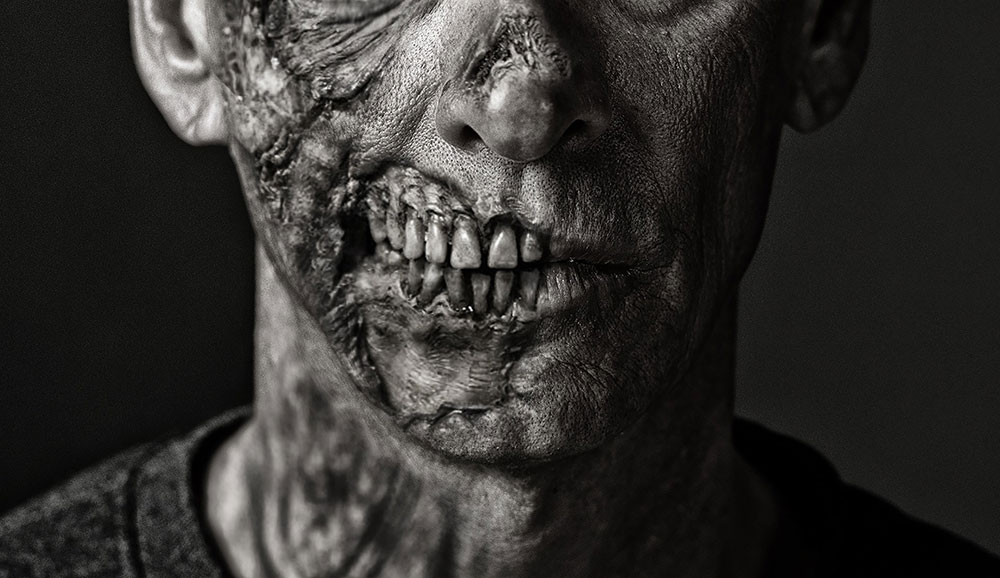 Hordes of mindless zombies roam the streets, and we know that at one point, they were just like us; remnants of human qualities barely visible but still there in tattered clothing and half eaten limbs. A werewolf is a man by day, but monster by the light of the full moon, terrorizing some unsuspecting countryside. Vampires tap into our fear of blood by slowly sucking the life force from our most vulnerable veins, and making us one of them.

Viruses. Science gone wrong. Serial Killers. Apocalypse. No matter what form the threat takes in a story, the goal is always the same; stay alive. Survive.

George Romero’s classic, Dawn of the Dead, explores the idea of the zombie using clever social satire — and, of course, a lot of gore. A group of survivors hide out in a shopping mall, which at first feel is the perfect place for refuge. It allows them to take advantage of all the material comforts the shopping center has to offer. But this, of course, doesn’t last long, as their stronghold is eventually overrun. They realize that no amount of comfort or feigned ignorance can give reprieve from such an immediate threat. 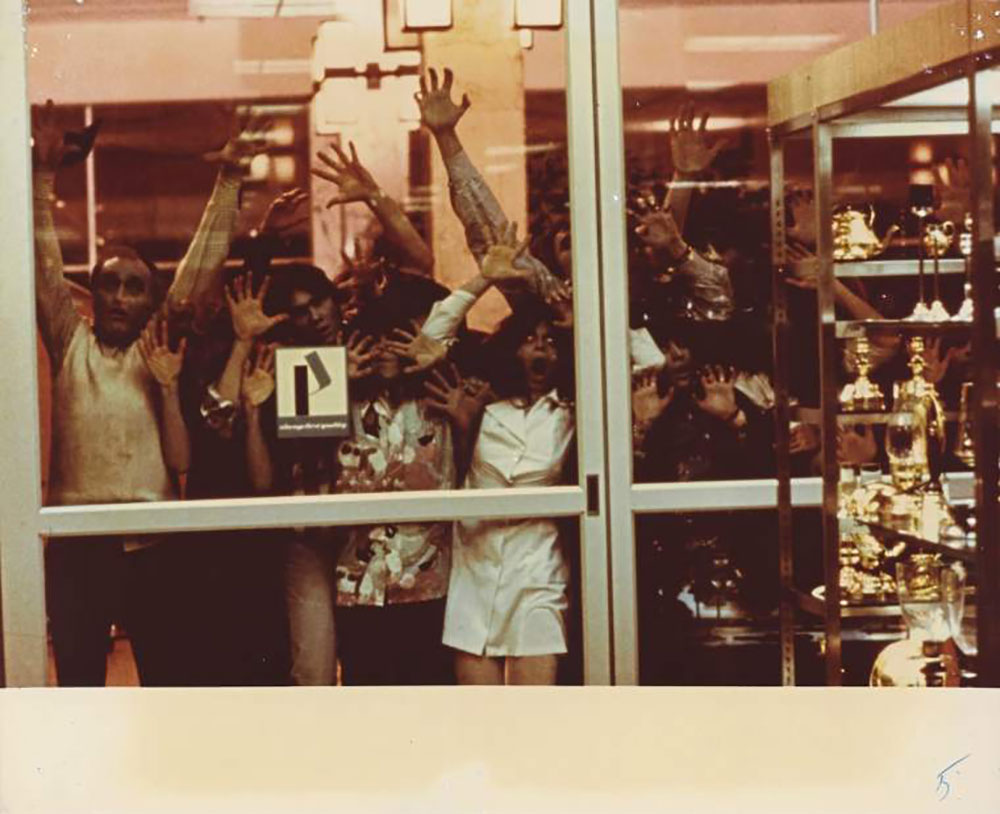 We do this in the real world; we distract ourselves from the horrors we see unfolding before our very eyes, all over the world, and retreat to the quiet safety of whatever we find comforting; shopping, drinking,