If you’re a gamer on the go this holiday season, treat yourself to a few great mobile horror games that are free to play and surprisingly well done.

For years, the best ‘must play’ horror games have been limited to computers and gaming consoles. While fun, these options made it nearly impossible to get your scare on the go by limiting when you are able to play them. Fortunately, thanks to game developers making new games for the phones we keep attached to our hips, we’re never far from some scary fun. These games might not be able to compete with the killer graphics and immersive gameplay other platforms provide, but sometimes you want a quick fright fix right at your fingertips.

So if holiday traveling or family time is keeping you from your console, these five excellent horror games can be downloaded and played for free immediately from your Android or iPhone device.

Granny might be the scariest game on this list. On top of being stuck in a desolate house with a murderous granny, this game relies on both sound mixing and clever jump scares to terrify you. The concept is simple: you, the player, must escape Granny’s house in five days.

Gameplay gets complicated very early on in this one because Granny hears everything you do, from walking too fast to accidentally dropping something on the ground; she will hear noises and respond to them. If Granny sees you, you’re doomed to lose a day, or even worse, she will kill you. There is some silver lining: if she happens to hear you, hiding is an option.

Granny captures the terror of hiding from a monster while still being able to see what’s going on. Granny isn’t dumb, either. She will look for you more intensively after you make noise, so you’d better hope you’ve chosen a good spot to hide when Granny starts hunting. Granny will also roam the house in search of you even when you haven’t made noise, so always be alert. I personally haven’t been able to beat this game, although I have come very close on a few occasions. The mechanics of the game are easy but winning is much harder. I recommend playing this one with headphones on while you’re in a dark room, but be prepared to scream in terror.

Granny rates a perfect 5/5 despite the occasional buggy performance. 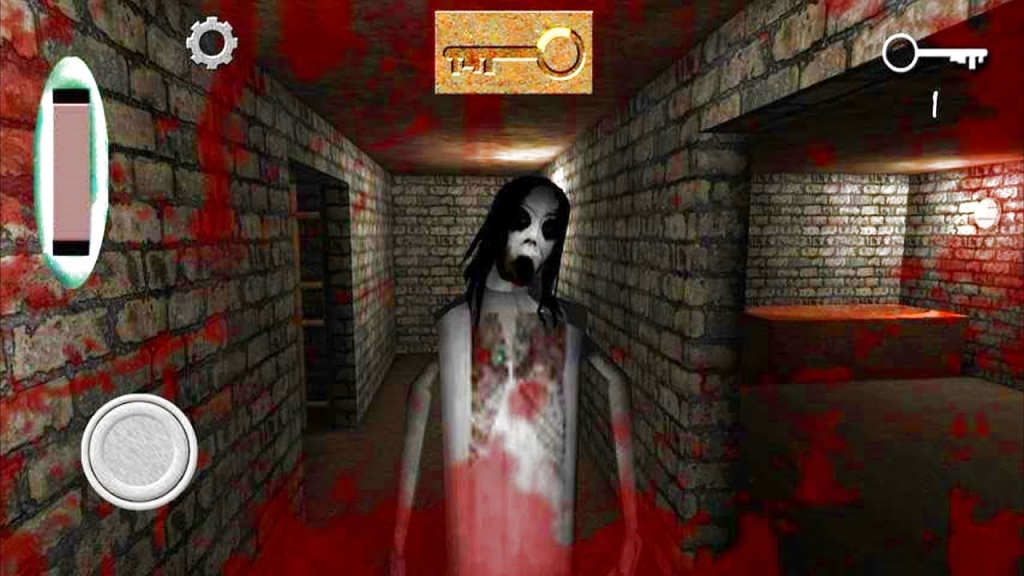 Slendrina (Slenderman’s daughter) plays out much like the Slenderman flash games for computer. Players must find six items to escape, all while trying to avoid Slendrina. Slendrina has four scenarios, each with easy, medium, and hard settings. All scenarios follow the six item ‘fetch quest’ mechanic, but the items aren’t the same in each level.

Knowing about the ‘jump scare’ style of gameplay in advance doesn’t mean players won’t still be terrified. While playing, I almost dropped my phone every single time Slendrina appeared, so I recommend playing this game with caution if you’re jumpy to avoid breaking your phone.

While following in the same play style as Slender: The Eight Pages, Slendrina kills the player the first time you run into her while Slender would give you multiple chances and become deadlier with every additional encounter. This ‘one and done’ style of gameplay can seem grueling, but thankfully that is fixed somewhat in the game’s sequels. If this one doesn’t scare you, there are many others within the game franchise and even one with a slight tie-in to Granny, since both games are created by the same developer, DVloper.

Due to the player’s slow movement speed and how easily you can lose, I rate Slendrina a 3.5/5. 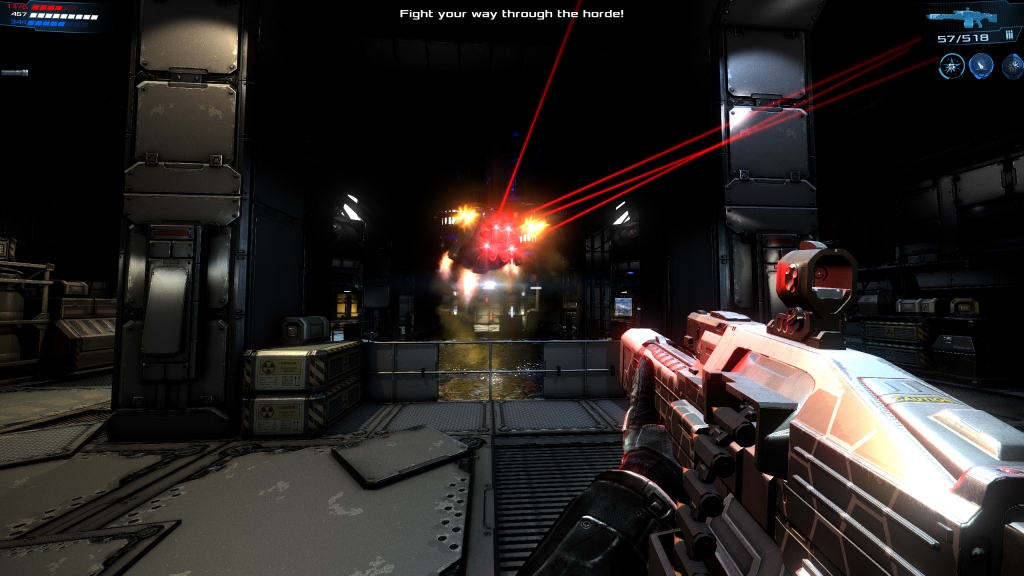 This is the most ambitious game on this list in regard to gameplay because Dead Effect 2 gives you modern, console-level graphics directly to your mobile device. Evil has returned to your spaceship, and it’s up to you to fight it. While you play, it can be hard to know who to trust when all the NPCs are turning into monsters. A well-designed mash-up of Doom and Dead Space, this first-person shooter feels like you are playing it on console. The controls are finely tuned and react well in times of stress, and you’ll understand what it means to be stressed after trying out this game.

Each character has their own unique storyline and play style, which is rewarding to players who try them all out. From the hazards of a failing spaceship to being surrounded by zombies on the hunt, this game allows for an exceptional level of immersion for games of this type.

The sub-par voice acting completely breaks the illusion of the game at times, which is why I rate this one 3.5/5.

(Note: You can also check out the original Dead Effect, but be warned that it’s a clunkier game in comparison.) 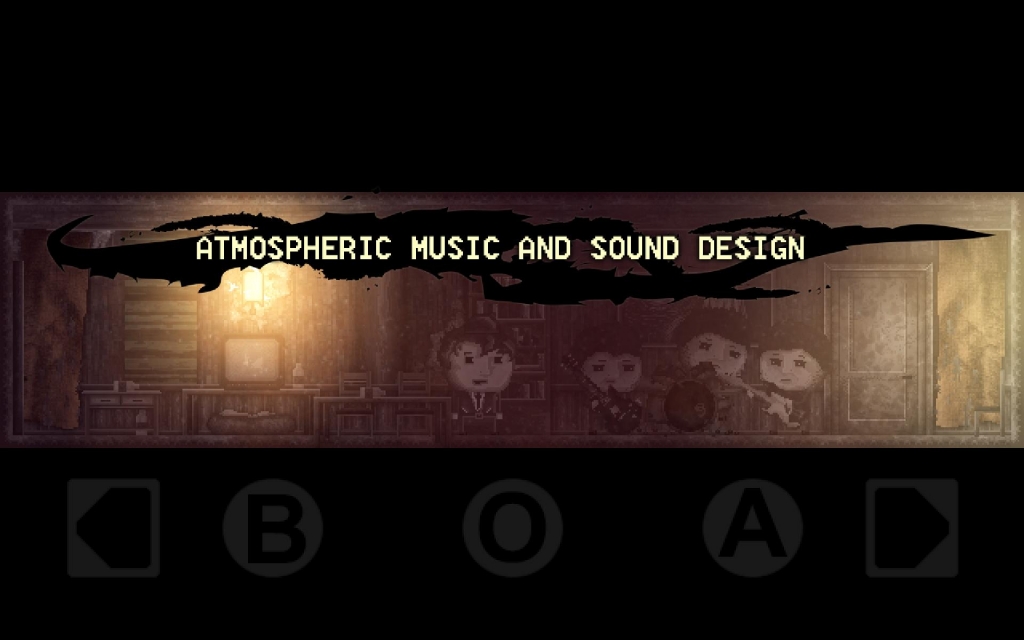 Distraint is the most unique game on this list. It is a side-scrolling game with limited button options and a rather small inventory slot. The gameplay is simple and straightforward, but don’t let that worry you. Distraint does more with setting and music than any other game on this list.

The game starts with your character, Pierce, trying to evict a tenant from a run-down apartment building. Once blood begins raining from above and doors start falling apart, the player soon realizes that things will not be going smoothly for them as the story continues.

I don’t want to give any more away for fear of spoiling some of the fun, but there are no jump scares in this game. Distraint relies solely on psychological storytelling along with disturbing artwork and gameplay. Distraint will sit in your mind long after you beat it. Since it’s designed to be beaten in a few hours, the game launches into the horror right away, so it’s great for players who want quick action. The only thing that holds it back from receiving a perfect score is that once you beat it, there isn’t much replay value.

Solid game design with superb sound mixing allow for a rating of 4.5/5. 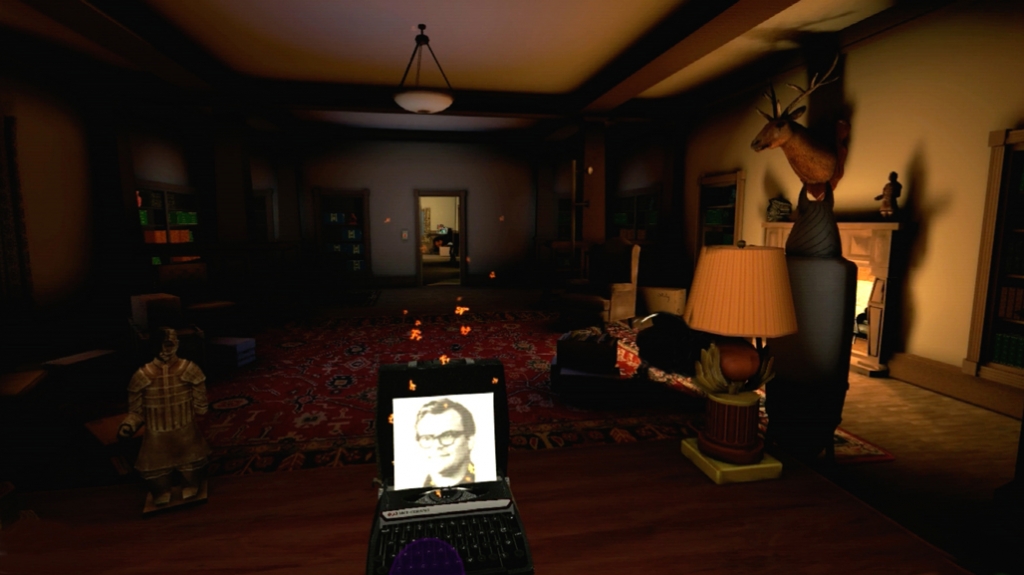 Goosebumps: Night of Scares is the game every fan of the book series has wanted forever. It takes place in the same universe as the movies, and the player, Twist, is somehow trapped in Goosebumps creator R. L. Stine’s house. The game begins with a prologue that includes a tutorial and explains a bit about what’s going on within Stine’s home. Like in the Goosebumps movie, Slappy from Night of the Living Dummy is the main villain, however, there are plenty of other notable Goosebumps characters that come out to play.

The concept is simple: the player recovers the missing pages from R. L. Stine’s books to trap the monsters and save Stine and yourself. Everything from the art style to the voice acting is a treat. There are plenty of scares too, so I recommend keeping a tight grip on your phone while playing.

As I’ve mentioned with other games on this list, headphones really improve gameplay, so be sure to have them handy. As an added bonus, there are virtual reality aspects to Goosebumps: Night of Scares.

Nostalgia alone is enough to make this game enjoyable for many horror fans, however I feel the effort that the developers put into making this game is what makes it so great and earns it a 5/5 rating.