Horror plays are quite different from film in how they deliver their terrifying thrills. Here are five of the best sure to impress.

Some horror fans may not bat an eye at a scary film but will become chilled by a haunting play like Macbeth or the famous Sleep No More (an immersive Macbeth adaptation). They will scream when they see the lights flickering or when the wind blows against the curtains slightly.

In a movie, you’re separated from the action by a screen, which provides a secure barrier and often keeps the horror from feeling terrifyingly real. But a play, like a haunted house, is a much more enveloping experience.

Gifted performers of the stage can get you to suspend your disbelief in a more profound way that is often experienced through film.

Even the oldest plays, such as Gas Light (1938), can send shivers down. your spine. Many of the most iconic plays, such as the aforementioned Gas Light, are often adapted into stellar works of film (see Gaslight 1940 and 1944). Macbeth, one of Shakespeare’s Four Great Tragedies, was recently adapted by Joel Coen in the Academy Award-nominated film The Tragedy of Macbeth (which also garnered an Oscar nod for Denzel Washington in the titular role).

Before even getting to the stage, on the page itself, these stories come alive and take hold of our hearts and imagination. 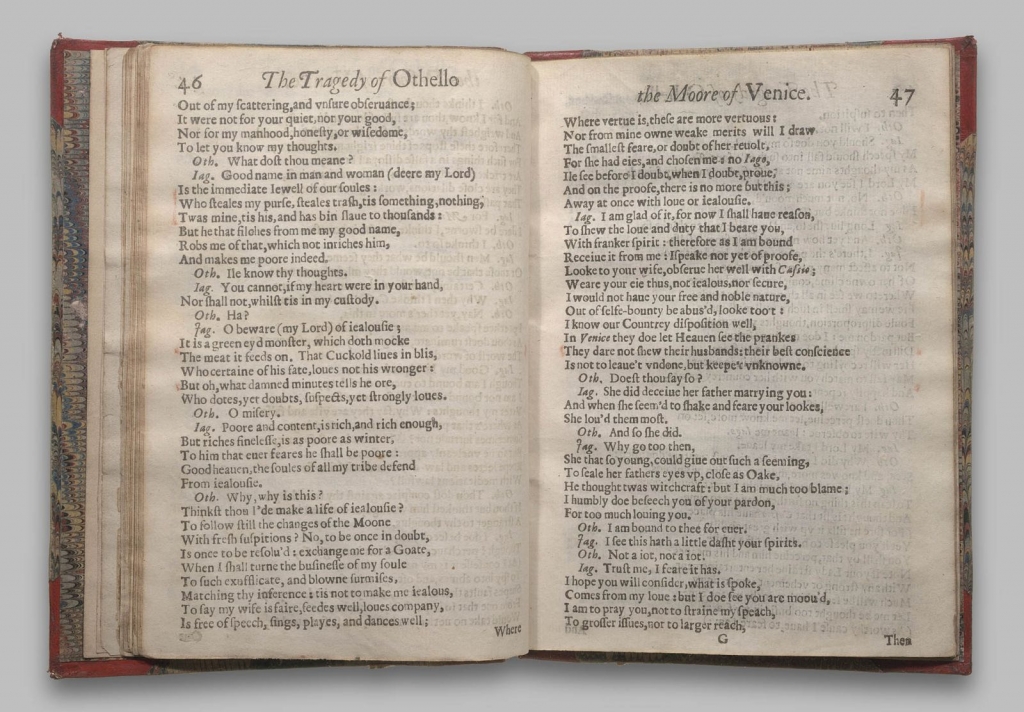 For students of literature or drama, there’s a good chance you’ll study one or more of these plays from talented modern playwrights as well as timeless classics like Hamlet and Othello. If you find yourself needing to write about these classics of literature and theater, the free writing samples and essay topics on “Othello” on EduZaurus will jump-start your paper writing process with fresh ideas.

But studying classic and modern plays isn’t something reserved for the academic world. There’s a treasure trove of thrilling tales waiting to be discovered by genre fans who crave something different — and something that may challenge and disturb you in a way many films do not.

These five frightening stories of old and new are among the most memorable of the page, stage, and screen. 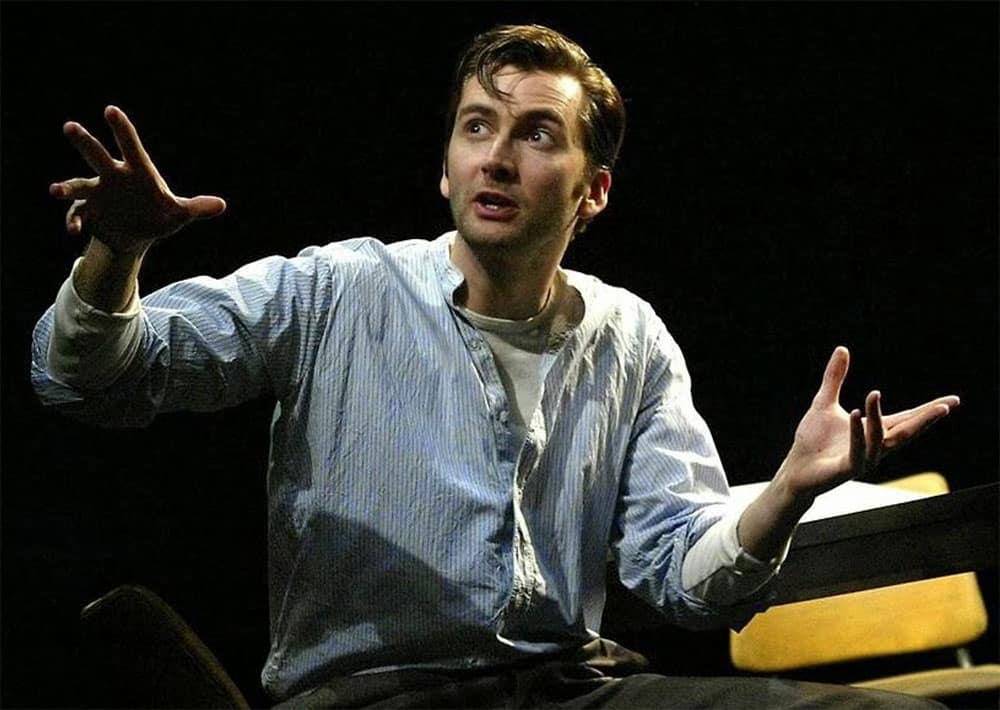 David Tennant in a production of THE PILLOWMAN (Royal National Theater)

The worst thing imaginable for many people, especially parents, is the idea of kids falling into danger and suffering. One’s heart could easily come to a stop seeing realistic scenes of kids being tortured. This nightmarish hellscape is what British-Irish playwright Martin McDonagh puts audiences through in his 2o03 horror play The Pillowman.

The play revolves around a writer named Katurian, who is fond of writing scary stories about people who love torturing kids. His characters torture, murder, and take children through the worst, most unimaginable experiences of their young lives.

His book becomes a best seller. But, at the height of its popularity, scary things begin to happen to kids. Unfortunately, these real-life crimes closely resemble every sentence in Katurian’s torture descriptions contained within his fictional work. The police begin their investigations to find out if Katurian is responsible, and the truths they uncover are horrible and disheartening.

The Pillowman stemmed in part from McDonagh’s experience composing fairy tales and his realization that  “there’s something dark about them that doesn’t quite come through.”

WHERE TO READ/WATCH THE PLAY: 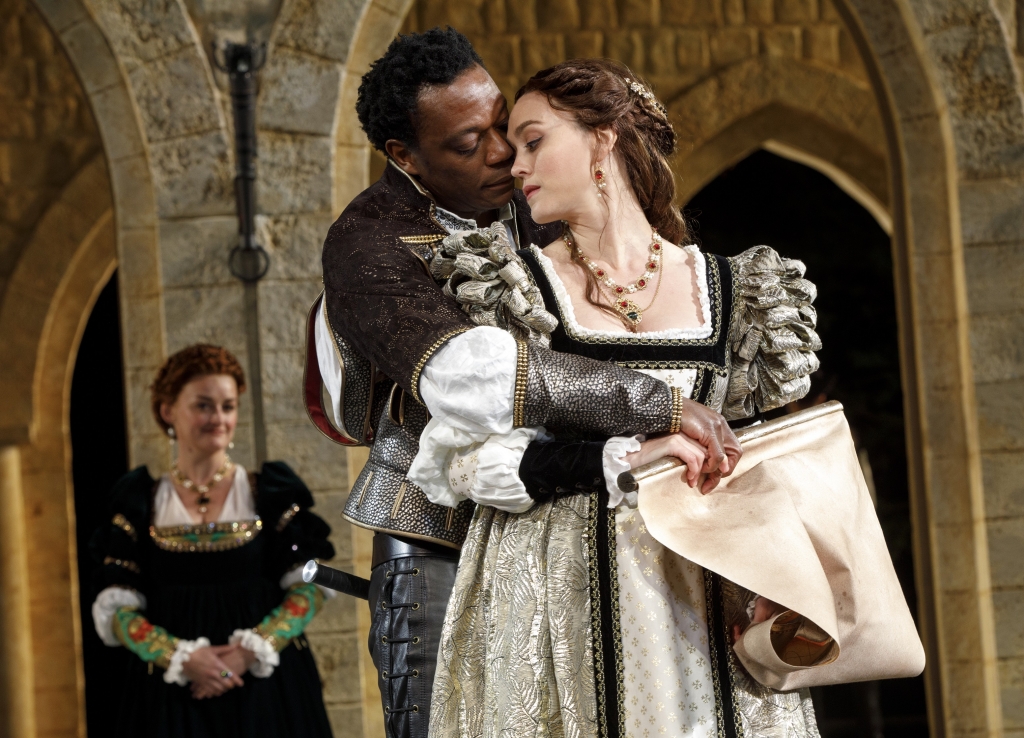 OTHELLO, Shakespeare in the Park

Despite being written all the way back in 1603, William Shakespeare’s tragic tale of Othello is still haunting to this day.

In the story, an African general joins the Venetian army hoping to give his family a better life. He leaves his wife behind to take care of the family while he is away. But he is tricked by a rival into belief that his wife was involved in an adulterous relationship, and he develops sexual jealousy against her. This leads to tragic consequences.

Othello, the Moor of Venice is based on the Italian short story ‘Un Capitano Moro’ (‘A Moorish Captain’) by Cinthio, a disciple of Boccaccio, first published in 1565. It’s a story that pioneered exploration into racial prejudices.

Because of its varied themes of racism, love, jealousy, and betrayal, Othello is widely felt to remain relevant even in the present time. The play has also been the basis for numerous operatic, film, and literary adaptations.

WHERE TO READ/WATCH THE PLAY:

Click here to listen to an audio clip from the 1959 Royal Shakespeare Company performance with African-American actor Paul Robeson (1898-1976) playing Othello. Robeson was the first black actor since 1860 to perform the role in a major production. There have been many film adaptations of the classic Shakespearean tragedy. The 1995 version starring Laurence Fishburne as Othello is streaming now on Hoopla, or available to rent from most VOD platforms. You can also find the 1981 version from the BBC on Hoopla (or rent it on Amazon), starring the great Anthony Hopkins (a casting choice that caused controversy due to Hopkins’ race). You can read the full play here.