Discover the history behind the famed Westminster Burying Grounds, one of the most captivating and terrifying sites in all of the United States.

Frequented by such prestigious figures as Vincent Price, Walt Whitman, and John Astin, Westminster Burying Grounds’ haunted history has cast it spell over visitors far and wide of all walks of life.

The Amityville House, Pennhurst Asylum, Eastern State Penitentiary: all of these locations are famous for housing paranormal activity that has frightened visitors of all ages. But there is one east coast locale that stands out above all the rest because of its history, hauntings, and overall beauty: the Westminster Burying Grounds in Baltimore, Maryland.

The most famous gravesite at Westminster Burying Grounds, however, is that of beloved master of the macabre, Edgar Allan Poe. 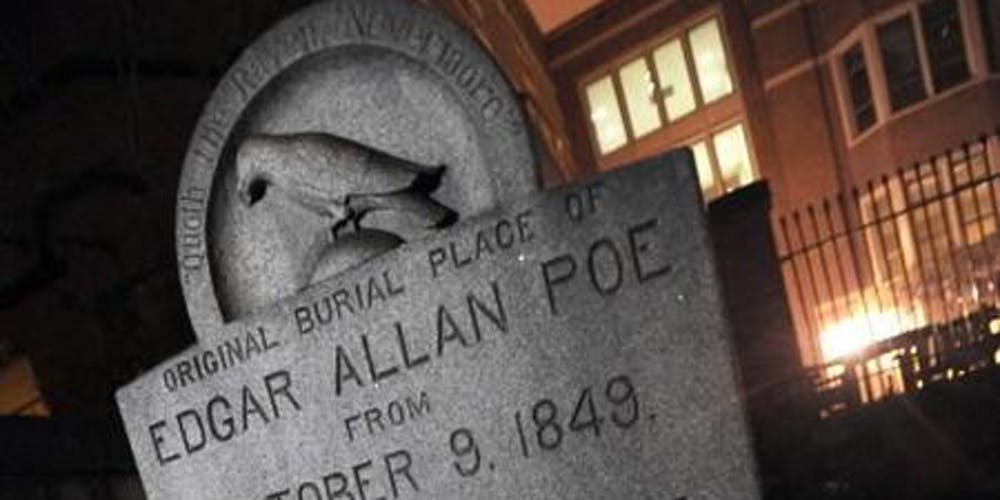 Poe’s death is veiled in mystery, so much so that he was originally buried an in an unmarked grave toward the back of Westminster Burying Grounds. In 1875 the school children of Baltimore raised money through a project deemed “Pennies for Poe” to erect a monument dedicated to the author at the entrance of the cemetery. As a result Poe’s body was moved and buried with his wife, Virginia Clemm Poe, and next to his mother-in-law, Maria Poe Clemm. The dedication was attended by American poet, Walt Whitman.

Many believe that Poe’s spirit is not at rest and have reported seeing his ghost walking around his gravesite and even standing at the altar inside Westminster Hall. But Poe is not the only specter haunting this infamous graveyard.

“The Skull of Cambridge” is also buried within the grounds. 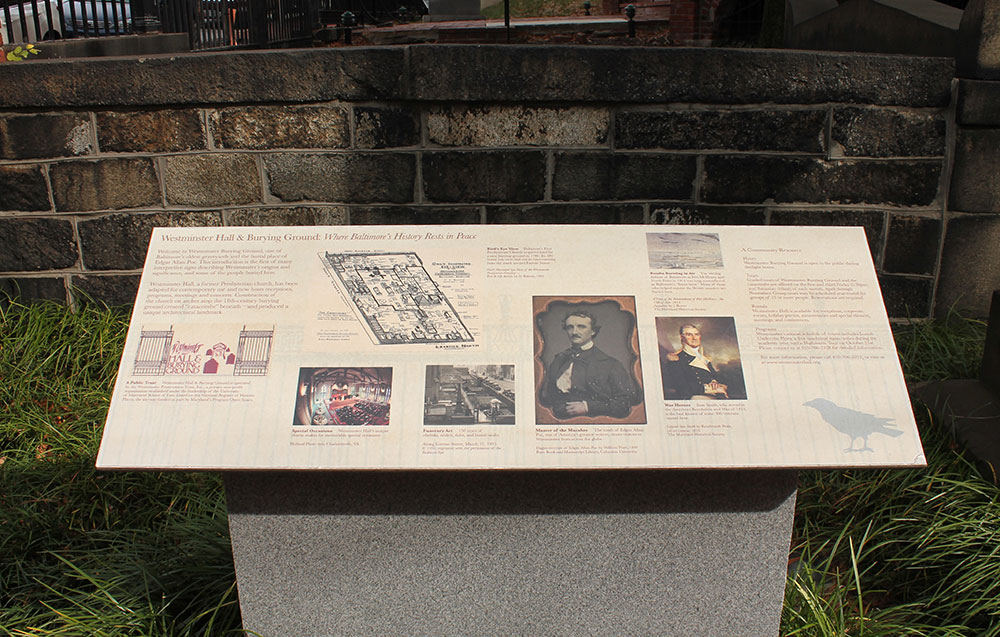 This is said to be the decapitated head of an unknown murdered minister. Many visitors believe that the skull was encased in a segment of cement to block out the sounds of its screams. Reports claim that the Skull would scream at all hours of the day and night. These screams were said to be so terrible they would linger in the minds of those who spent prolonged time around it until it drove them to the point of insanity, forcing them to take up residence in psychiatric wards.

Another famous ghost frequently spotted on the grounds is that of Lucia Watson Taylor who passed away in 1816 at the age of sixteen. Her spirit often appears as a misty figure dressed in white kneeling in prayer by her own grave.

But the catacombs of Westminster are said to be the most haunted space within the grounds. 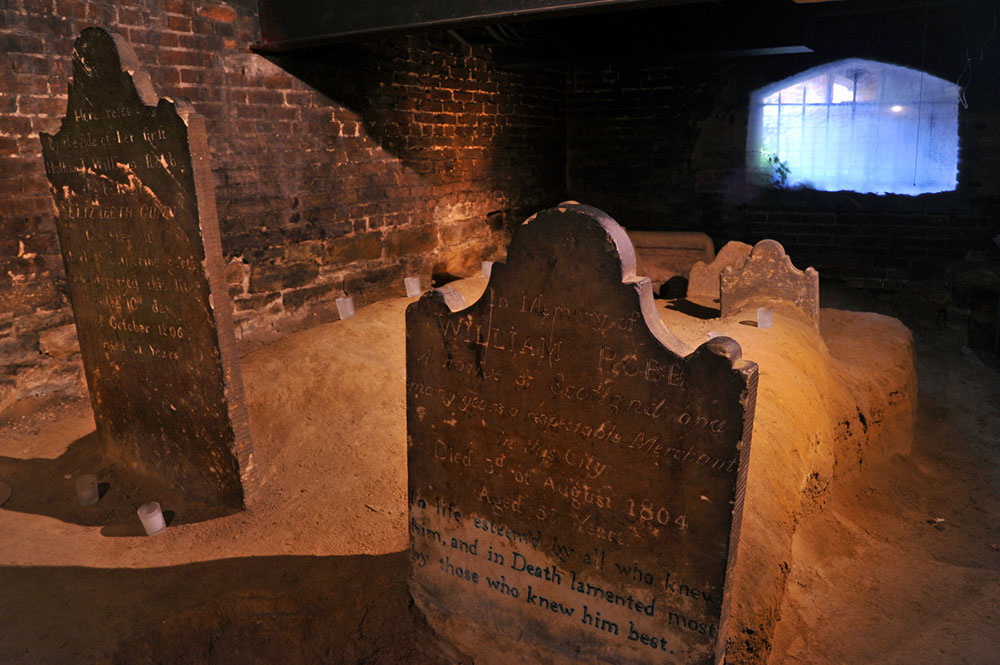 In centuries past, the catacombs have fallen victim to grave robbing. While many of these robberies consisted of jewelry and artifacts found on the dead, some of the catacombs where robbed of the bodies within them as well. During the mid-nineteenth century, Davidge Hall (also known as The College of Medicine of Maryland) was located near the cemetery. These grave robberies occurred during the era when medical students began dissecting corpses, and cemeteries were often robbed of freshly dead bodies in order to advance medical science.

It is rumored that, during this time, two medical students of Davidge Hall were caught in the act of removing bodies to take back to the dissecting lab. When they were caught, a commotion was raised to the point that it created a mob, and one of the students was hanged from a nearby streetlight. His ghost is said to now wander through the grounds as well.

Additionally, it is believed that many of those buried at Westminster were not actually dead upon burial. 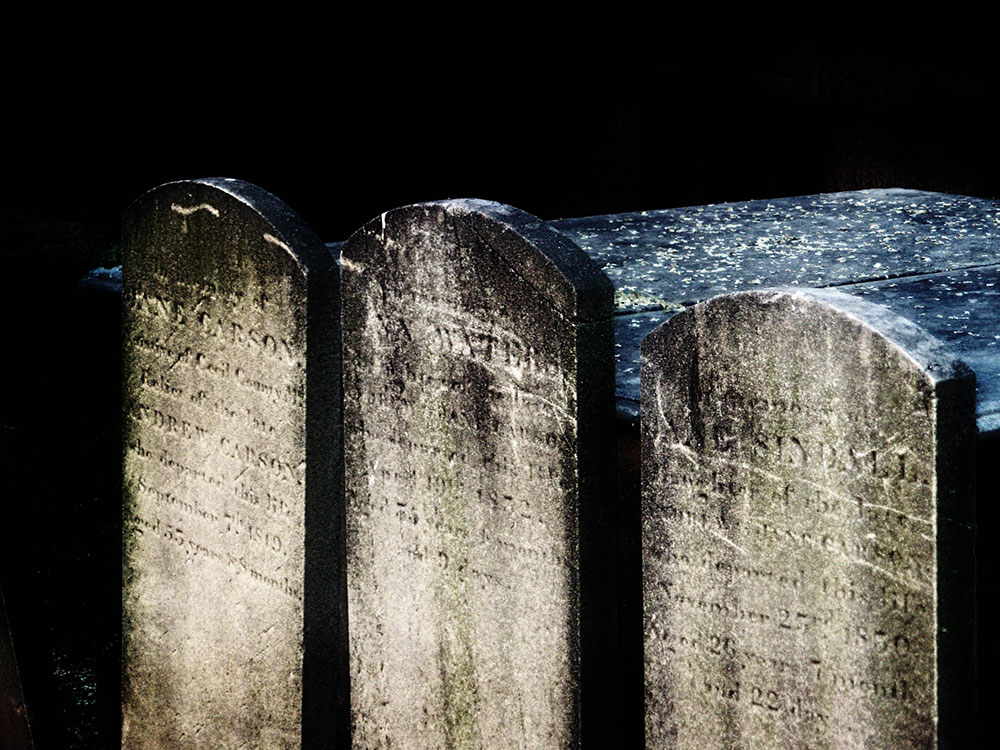 Legends persist that these spirits wander the cemetery seeking out revenge on those who accidentally buried them prematurely. This took place during an era where comas were mistaken as death and people who suffered from being comatose were commonly presumed dead, and then were buried accidentally.

The church remained active from 1852 through 1977. However, after World War I, the neighborhood changed and the Presbyterians who originally worshipped there chose to move their services elsewhere. At this point in time, local children began using the graveyard as a playground. One minister reported seeing the children running around with the unearthed skulls on the ends of broomsticks, thus stirring up more ghostly activity at Westminster.

In 1974, Westminster was placed on the National Register of Historical Sites. 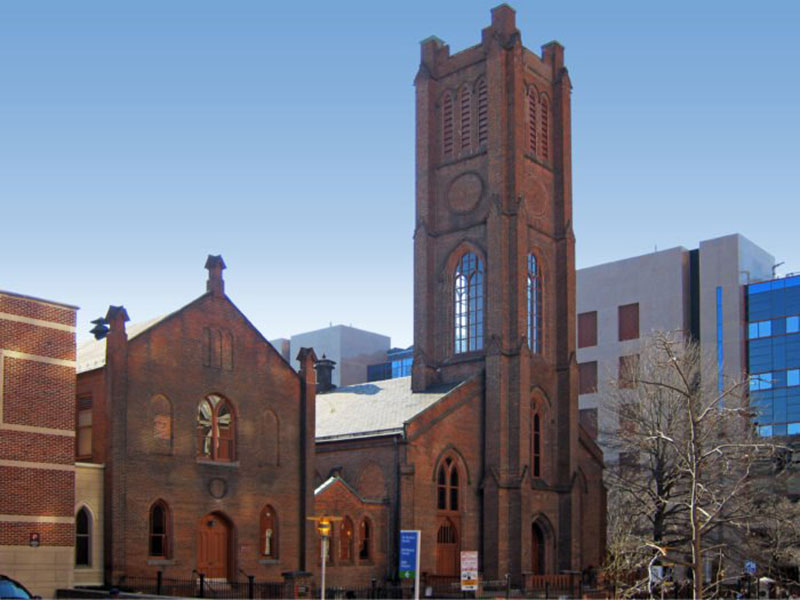 And in 1977, the Westminster Trust, Inc. was established by the University of Maryland Francis King Carey School of Law. The Trust renovated Westminster Hall in 1983 to restore the historic features and adapt the church for contemporary use such as weddings, lectures, receptions, and conferences.

Today, this Gothic style church and cemetery boasts Maximilian Godefroy’s Egyptian Revival Gates (located at the Green Street side of the cemetery), carved oak woodwork, stained glass windows, and an 1882 Johnson pipe organ. Public tours are offered on the first and third Fridays (6:30 p.m.) and Saturdays (10:00 a.m.) every month from April through November.

Reservations are required and a total of a minimum of fifteen people are necessary to run the tour. Private tours may be scheduled at other times for groups of any size. To schedule a private tour call (410) 706-2072 or email info@westminsterhall.org

Other special events this year include “Lunch Under the Pipes”, which is running now through December as well as the annual Halloween Tour. 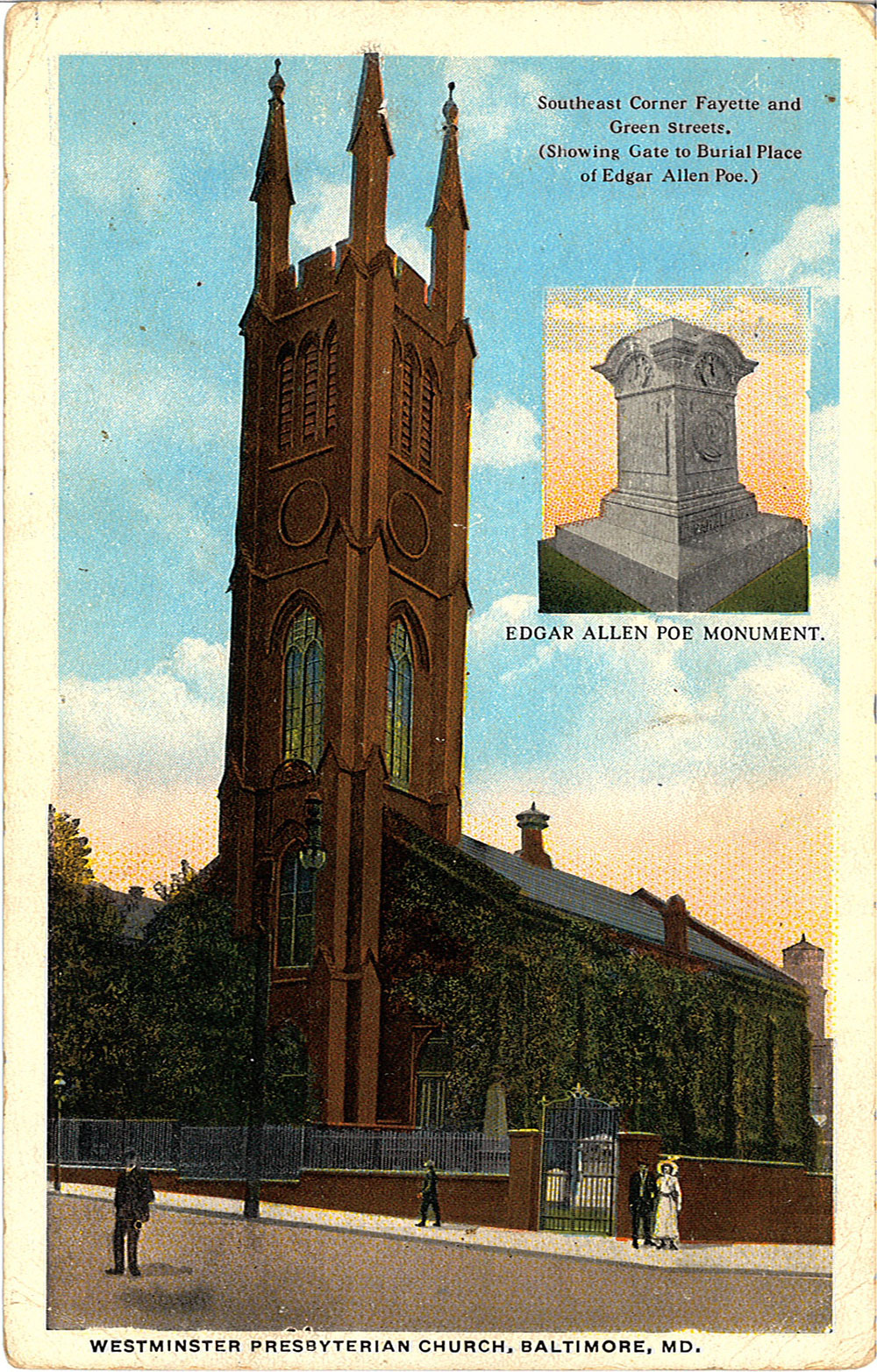