“Scream 2” may be a meta horror comedy, but the death of Maureen Evans proves this genre well runs much deeper. 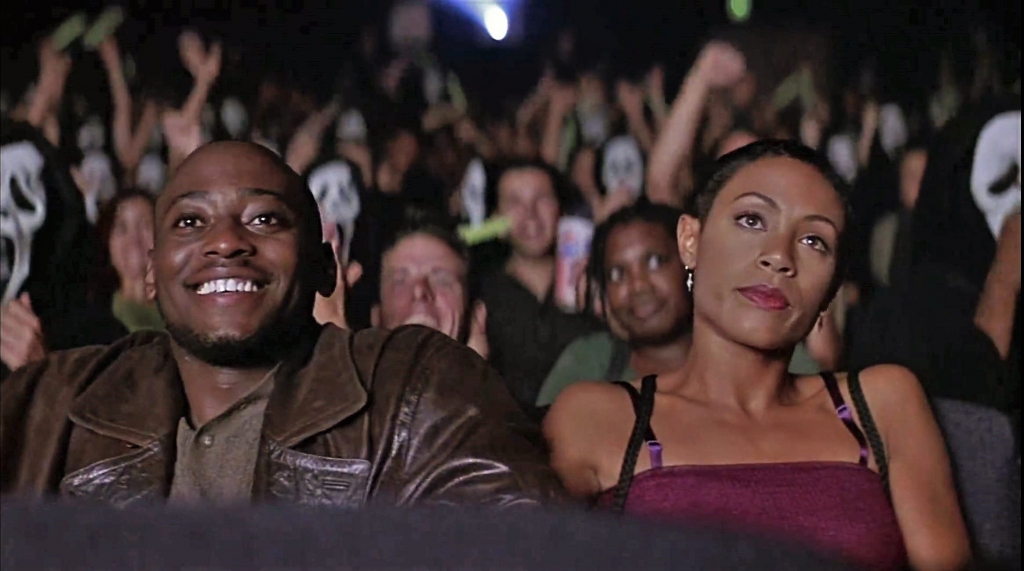 Maureen Evan’s (Jada Pinkett Smith) death scene in Scream 2 still haunts my psyche to this day. For me, this opening scene has always been a metaphor of the realities Black America has faced; while a White America stands paralyzed watching the horrors of injustice unfold. Fans of this famous lineage will revisit the series this year in anticipation of Scream 5’s January 2022 release.

I invite fans who revisit Scream 2 to evaluate what this first scene with Maureen Evans represents to them about race and America. I always felt Kevin Williamson, Wes Craven, and Jada Pinkett Smith were trying to convey a message back in 1997, to the extent they were allowed to — long before everyone was running around with a cell phone glued to their hand; long before Black Lives Matter was formed in 2013.

The sequel came six years after the world witnessed the brutality of Rodney King on the television. Scream 2 subtly planted a seed of reflection on what was missing within the Horror genre.

Horror had bounced back and dusted itself off with the rise of Scream, the original film’s success, but some aspects of the genre needed reinvention: racial inclusiveness. 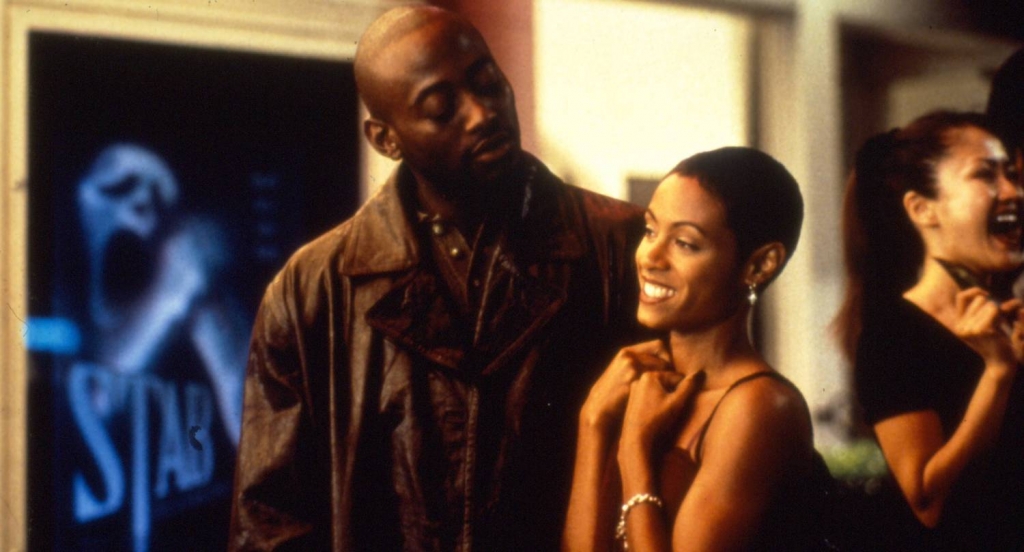 “Well, no, all I’m saying is that the horror genre is historical for excluding the African American element.” – Maureen Evans

While drama and comedy flourished, unfortunately Horror trailed way behind in the distance to the old casting troupes of “The Black Best Friend” or “The Angry Black Woman” or “Man.”

The following conversation between Maureen and her boyfriend Phil Stevens (Omar Epps) pretty much recaps Black America’s vacillating history to be included in horror:

Phil: “Tonight we’re going to have an all-black movie, all black cast, all black wardrobe, black eyes, black everything. Black-eyed peas, black cats!” Phil and Maureen are handed a free Ghostface costume set upon entering the theater. Everyone in the audience is essentially given a mask to wear… Maureen: “and it’s white.”

After all Hollywood is one big mask… The first eleven and half minutes are emotionally visceral, where the foreshadowing and dialog land perfectly on their cues.

Pinkett Smith’s intuitive performance was a godsend to the editor. As Phil and Maureen enter the auditorium, a ghost-faced patron brushes up past them with fake knife in tow, “Kill, kill, kill.” a cue impending their fates. The audience is enthusiastic to an obnoxious stance. Maureen is uncomfortable and on edge; she is still not convinced they should be there. The scene continues to build up a worthy introduction to the film within in a film, Stab.

I don’t want to go into too much more detail here, as I want you to experience the whole scene for yourself.

Skipping to the end of the opener, Maureen makes her way up to the stage bleeding after multiple stab wounds. The majority of the audience believe Maureen’s slow ascension towards the middle of the stage is a publicity stunt. The reality is she needs help. Within the lively and chaotic crowd, masks start to come off. Understandably, most of the theater attendees are paralyzed in questioning what they are witnessing, but the sight is eerie at the same time.

In that moment of that particular scene, I had quick flashbacks of photos depicting an ugly past: young black males hanging from trees.