Beyond the Scream: Influential Women of Horror

While we celebrate the talented women in horror film, I want to also recognize some of the influential women contributing in other ways to the genre.

Within any genre community, there’s a natural emphasis on the film industry. The names of directors and actors are the first to come to fans’ minds when discussions are opened, and this is also natural. However, there’s more to it than just movies. The horror community as a whole is not immune to selective recognition, nor is it grossly partaking in it.

This genre is a wonderful one (for reasons that could go on for pages,) mostly because of how accepting and encompassing it is. There’s a (thankfully growing) place for LGBTQ fans. There’s a place for casual fans, for die-hards, and the for new kids. There’s a spot open beside older fans for younger ones to fill. The mic is waiting for more voices of color to come through. There’s a welcome seat for women.

The women featured below are the fans who passionately contribute to the other aspects of this community; the artists, the writers, the authors, the dreamers, the influencers. Their contributions enrich the horror community and expand the much needed discussion beyond the silver screen.

They’re also the women that are part of the reason why I’m proud to call myself a horror fan. 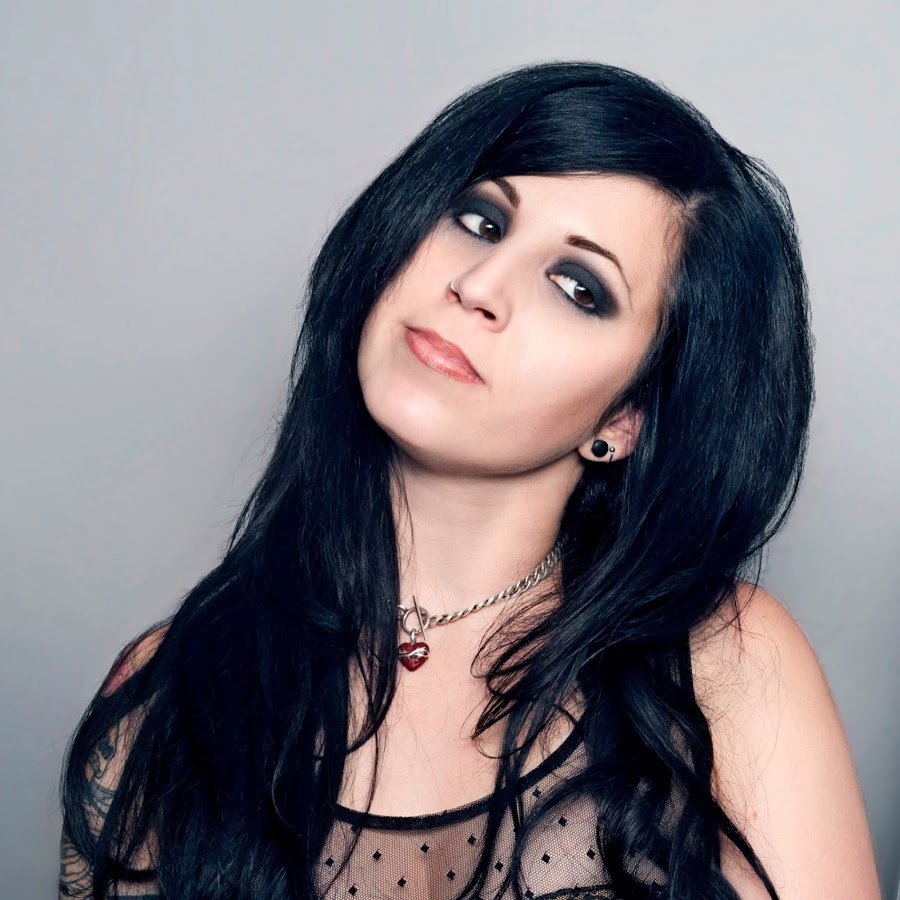 When I first learned that the best horror magazine Rue Morgue had a female editor, I had two words to say…”Hell yes!” This leader position was filled by a woman who didn’t fill the typically professional image either. She had black hair like me, said ‘fuck’ like me, and liked heavy metal like me. 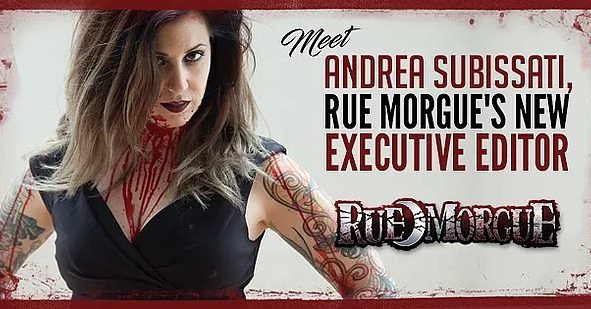 Andrea is a hopelessly devoted horror fan, and she took every opportunity to show it. Her podcast, The Faculty of Horror, which is co-hosted by the equally nerdy and passionate Alex West, hosted the intelligent and thoughtful conversations about the genre that I wanted to have with others. Discovering and following her work has been one of the best parts about joining this community. 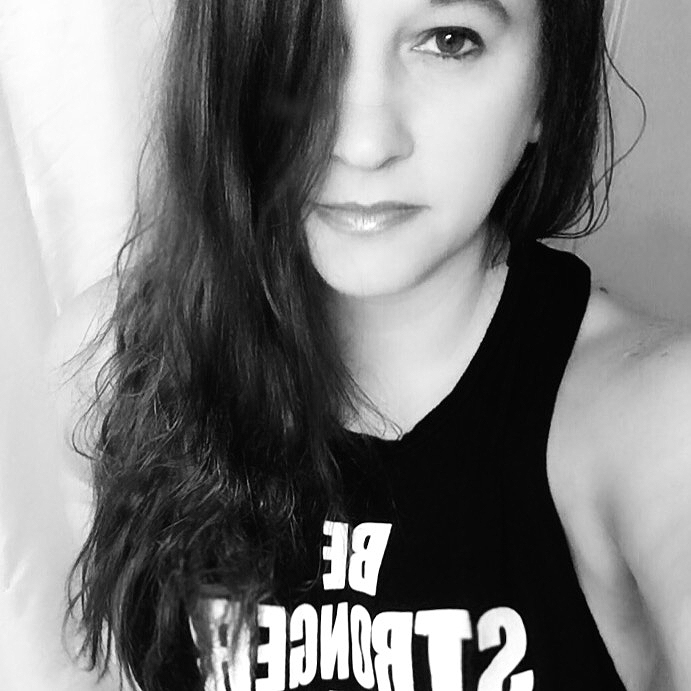 Stephanie is the founder and editor in chief of Morbidly Beautiful, a horror website dedicated to everything and anything horror. Their specialty is giving a voice to indie horror folks among the booming voices of the industry. Starting the website in 2015, she also manages the graphic design and web functionality as well, proving that she’s dedicated to keeping the ship she built afloat.

She does all this while also supporting the huge number of contributors and writers that are on the site, myself included. She was one of the first to really “get” what I wanted to convey to other fans, and it’s been a blast ever since. 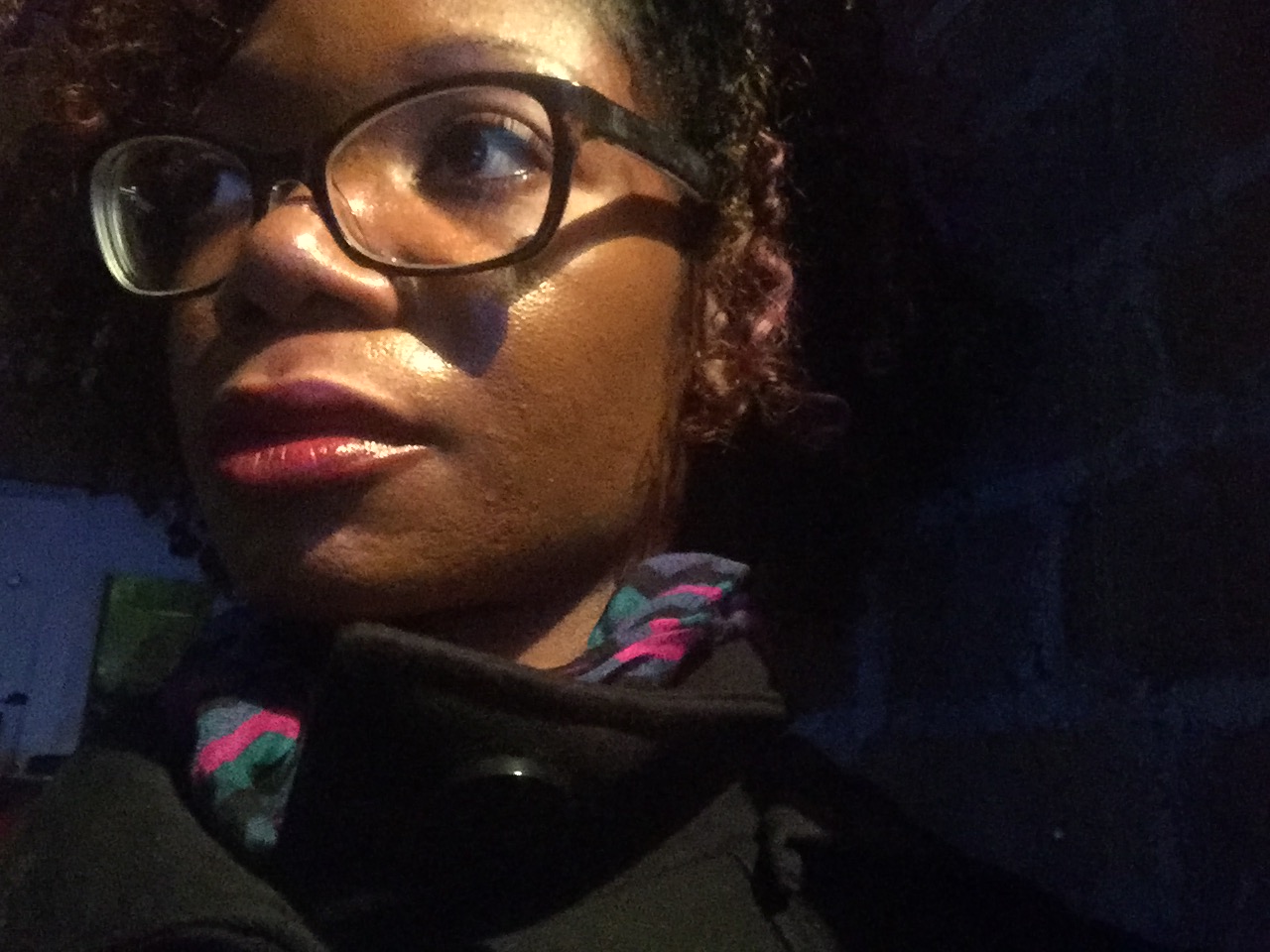 I’ve known about Graveyard Shift Sisters for awhile now. As my passion for horror grew, I also knew how critically important the website and its message were to the community. Founder Ashlee Blackwell created this platform to dispel the anger she felt from the lack of black women represented in horror, and to rightfully validate black fans and fellow creators through a plethora of academic articles, interviews, and her podcast, Girls Will Be Ghouls.

The contributors to the website are voices for diversity and NEED to be heard. Robin Means Coleman, author of Horror Noire, is another strong advocate for the black community within the genre. Her book is a great tome to gain better understanding of the subject from. 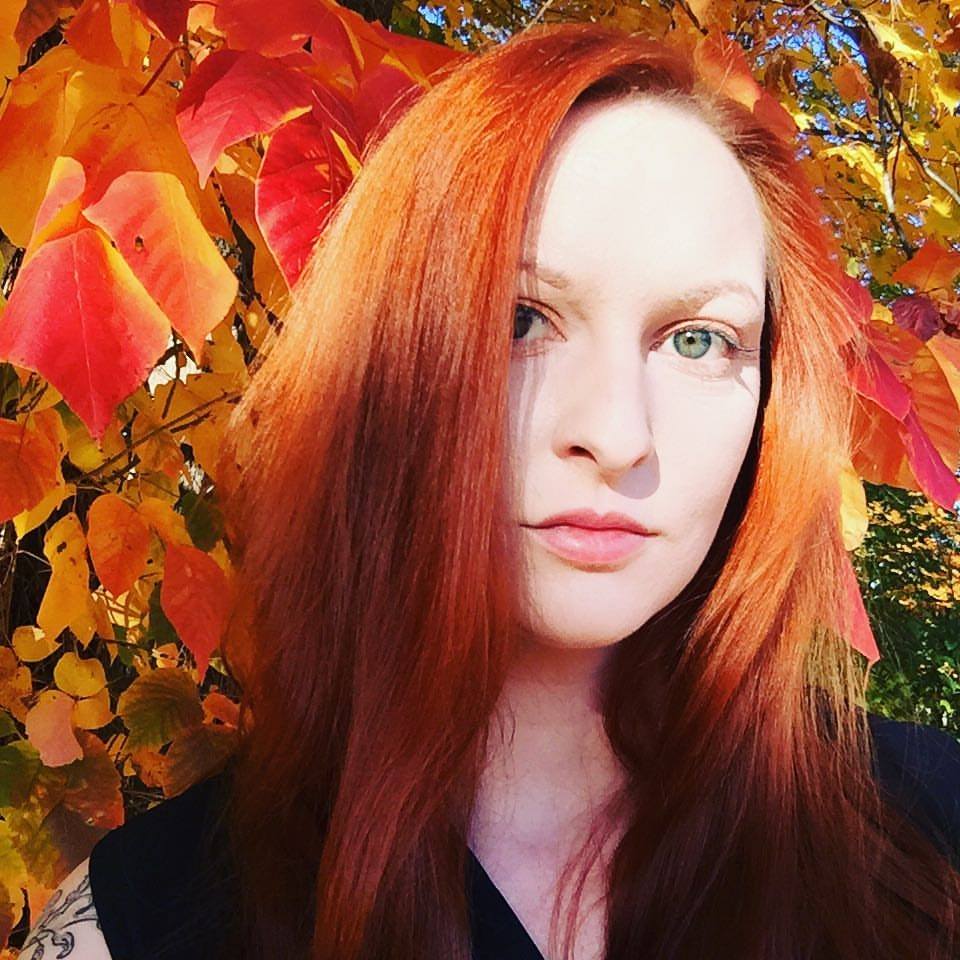 The publishing industry has been an interest of mine shortly after settling on the idea of writing. I sent a submission to Fundead Publications in their very, very early stages. I didn’t get accepted, but the company and its message didn’t stray too far from my thoughts. A horror publishing company started and ran by women? That’s a big ol’ boat of hope for other English majors, horror geeks, and girls everywhere. 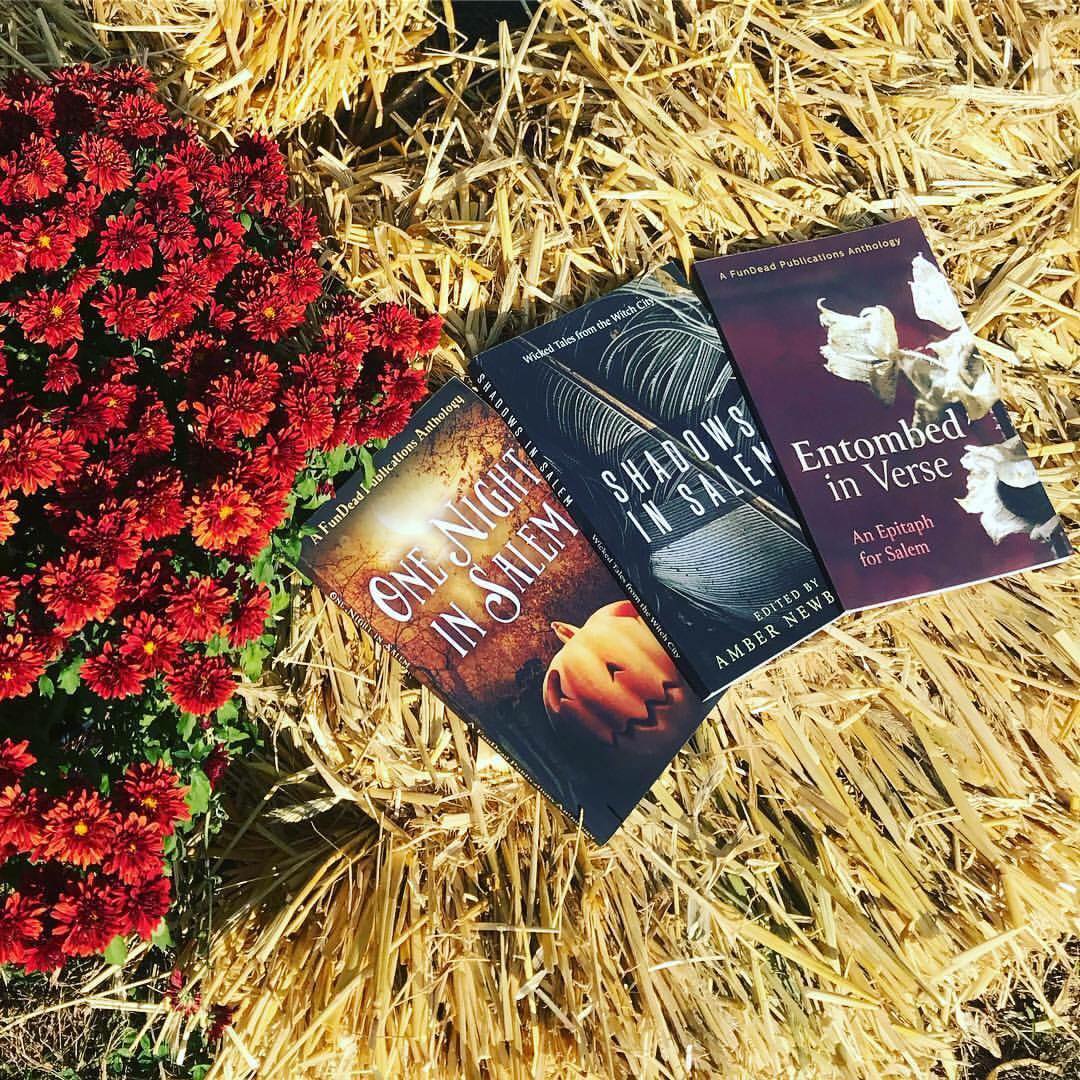 Fundead is just that — a promotion of quality literature and oodles of creepy fun to go along with it. Their anthologies have eerie themes and the women behind the name are so prominent in their community of Salem, MA by supporting writers, women, and the spookier walkers of life. 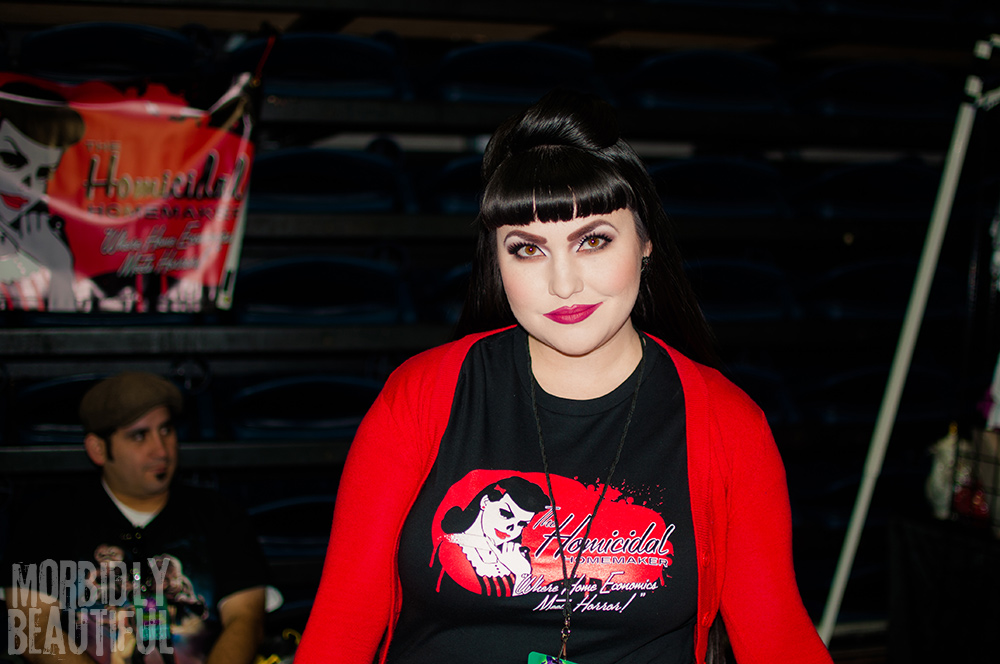 Kaci, or The Homicidal Homemaker, combined her love of home economics and horror to create her own niche empire. Her YouTube cooking show is wonderfully kitsch and fun, all while waving her horror flag proudly.

Her presence within the genre spoke volumes to me because she didn’t shy from a conventionally feminine past time of baking and cooking. Instead, she showed others that it was completely normal to be both a homemaker and a creep, a horror buff and a kitchen whizz. 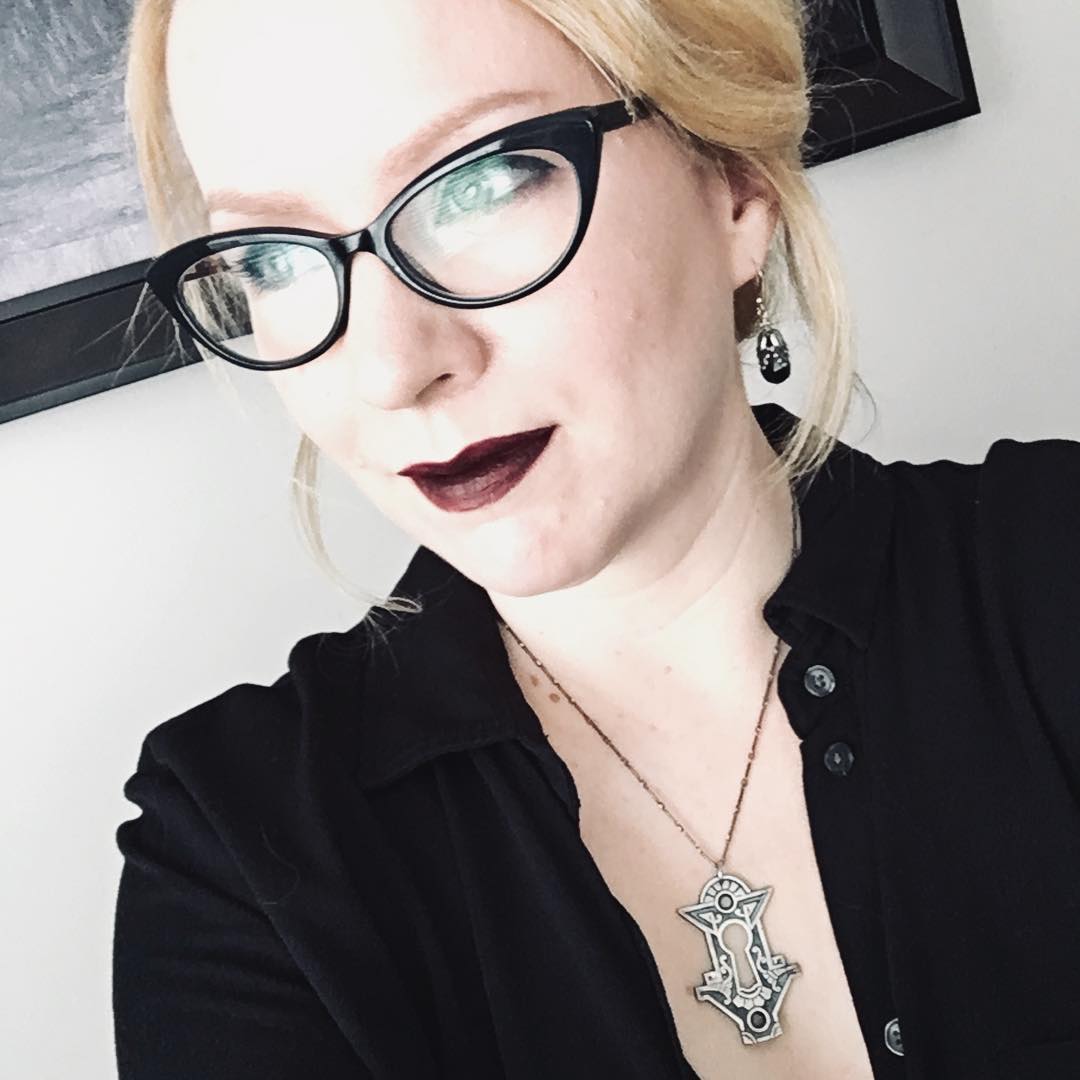 Prints of femininely ferocious vampires and coal-haired ghouls are just a few of the images she conjures up. Being drawn to the female monsters myself, I found a great sense of satisfaction knowing an artist had the same appreciation for these monstrous and bad ass women.