To celebrate the release of “Shatter”, I chat with Chris Schwartz about his micro-budget film, the challenges of indie filmmaking, and more.

Indie filmmaker Chris Schwartz talks to us about his second full-length feature film, Shatter, how he prepares for shooting, what draws him to the horror genre, and why he wanted to be a filmmaker. You can catch Shatter now on VOD. Chris Schwartz: A lot of the inspiration stemmed from those old gumshoe detective films I used to watch as a kid, and it wasn’t a genre I’d really had the opportunity to work with yet. I thought if I could turn a stereotypical crime mystery into some kind of psychological thriller with elements of horror, drama, and comedy, it might unfold as an interesting film to watch.

If you see Shatter and also have a fascination with directors like David Lynch, Darren Aronofsky, and David Cronenberg, you will probably be able to tell that these directors and their films had a heavy influence on our film’s style. We even included a number of Easter eggs related to David Lynch in various parts of the film. You should see if you can find them all!

I’ve also been a longtime fan of twist-endings and take a lot of inspiration from M. Night Shyamalan here, whose films really broke the mold for psychological horror, which is my favorite horror sub-genre. Morbidly Beautiful: What is your creative process to prepare for shooting?

Chris Schwartz: I usually hang upside down in a closet surrounded by strobe lights and burning incense while I have the actors recite their lines over and over to the tune of someone tapping two coconuts together.

Ok, maybe I am not eccentric like that, and in reality, it’s quite boring.

Usually, I will go over the script a few times and try to visualize how the shots play out in my head. If there’s extra time, I will try to storyboard as much as I can. Ideally, though, it would be fantastic to be able to go on set two days before the shoot and do a dry run of how everything would be positioned. Then I would have a night to sleep on it and allow my mind some time to process the set, the lighting, potential camera angles, and everything else in order to make changes before the actual shoot.

I often find myself thinking on the day after a shoot, that I should’ve done it this way or that way, which really makes me want to go back and reshoot the scene. 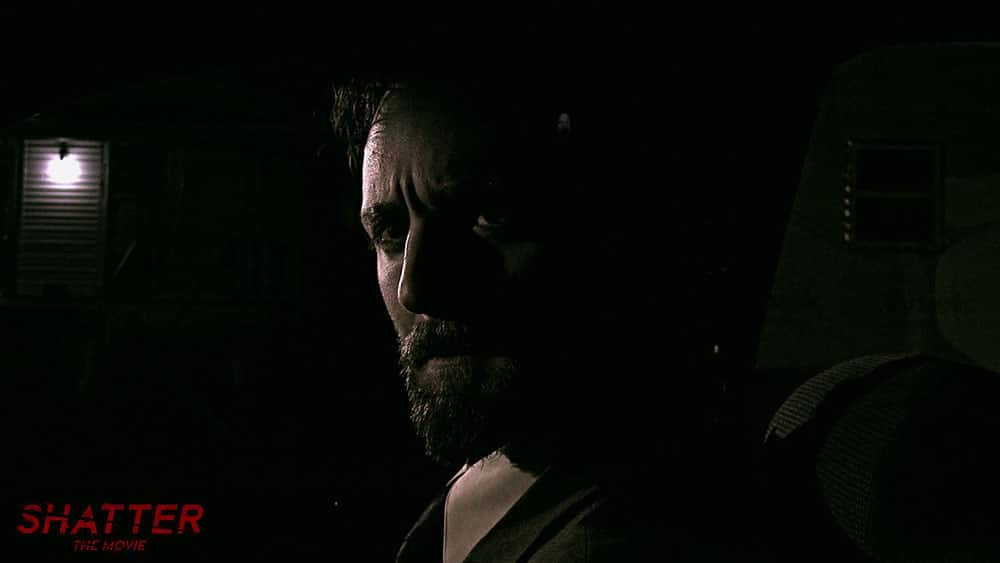 Morbidly Beautiful: What was your favorite scene to direct and why?

Chris Schwartz: The “stakeout” scene in the police car was probably the most enjoyable scene to direct, simply because I had the least amount of input.

Sounds odd, but we operate more like a film club where people of different talents and experiences just hang out and make movies for fun. It has always been about giving back and giving people a chance to try something new. Most of our actors are not classically trained with many having little or no past experience at all. I always try to encourage actors to take a lot of latitude in playing the character as they see fit because I want them to enjoy the process and also learn from it.

So, to see these two actors in this particular scene really play off of each other, get into their own heads as well as their characters, and nail the intensity of the scene in the way that they did was really awesome. For me, just watching it play out from behind the camera was awesome, because I could feel the emotion in each take. This gave me the opportunity to focus on lighting, cinematography, and sound since I have to both set up and monitor all of that on-set as well.

Everything worked out so synchronously, and this turned out to be my favorite scene personally. 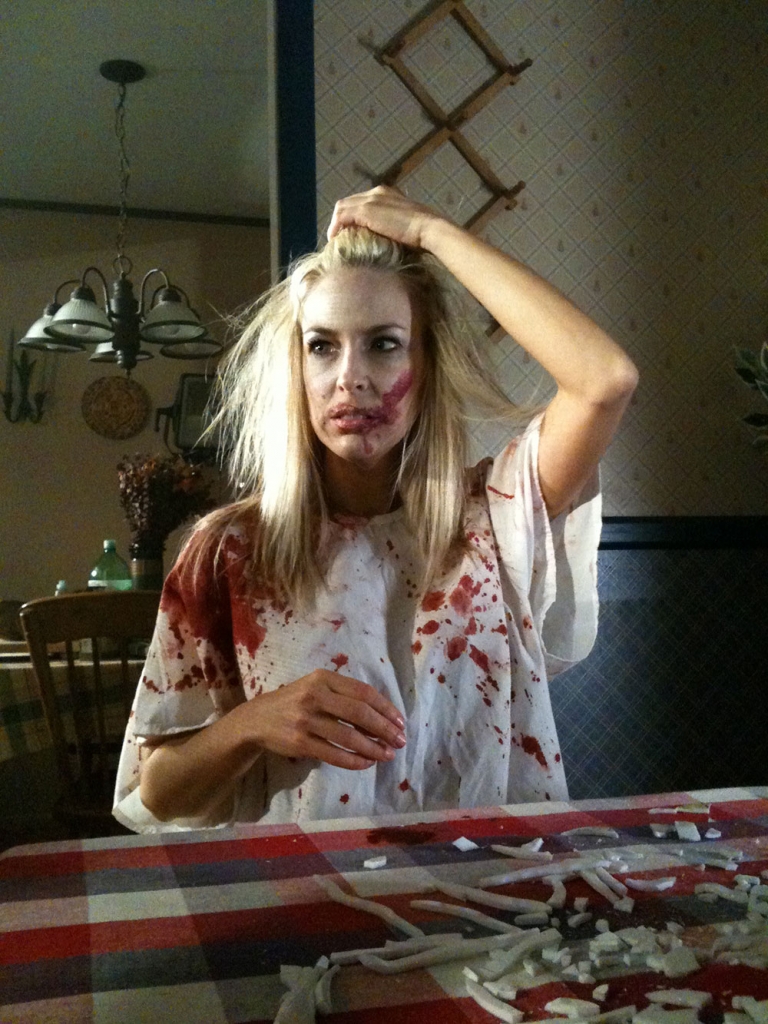 Chris Schwartz: We actually did survive making a film on a $1600 budget. Most of it went to stock licenses, special FX, and mastering. For the actual production though, I think we spent less than $600. It was really the tenacity of the volunteers, cast, and crew that pulled it all together. I really have to commend them for fighting so hard to finish production, because most people don’t realize how intense making a feature film can be, let alone one with this many locations.

I find that with any film endeavor on any budget, you normally have to make a lot of concessions right off the bat. Of course, with a film being shot on a “beer money” micro-budget means you often have to make more. However, I have a lot of experience with guerrilla filmmaking. We wrote the script in a way that made use of both actors and locations that were already pre-existing and accessible, along with most of the props we already had from previous films.

That mindset really lent itself nicely to being able to very closely match the original idea, where it was mainly just a few special effects scenes that changed a bit, simply based on them not working out as planned. Of course, had I actually had a budget, I think I would’ve made an entirely different film. Obviously, then I could play more with locations, talent, and effects to really bring much more dimension to how the film looks in itself.

Chris Schwartz: I always thought that horror films were just so intense, but also, incredibly difficult. Was it Clive Barker who talked about the genre having more failed films than any other genre? I wonder if that still applies today with the run on horror we’ve seen lately.

I think early on, I was really captivated by ghost stories, and then after watching some horror films, I just got sucked into how you can represent so many different feelings inside of one film, like terror, love, loss, laughter, action, etc. It really makes it challenging, but also limitless in what you can present to the audience. 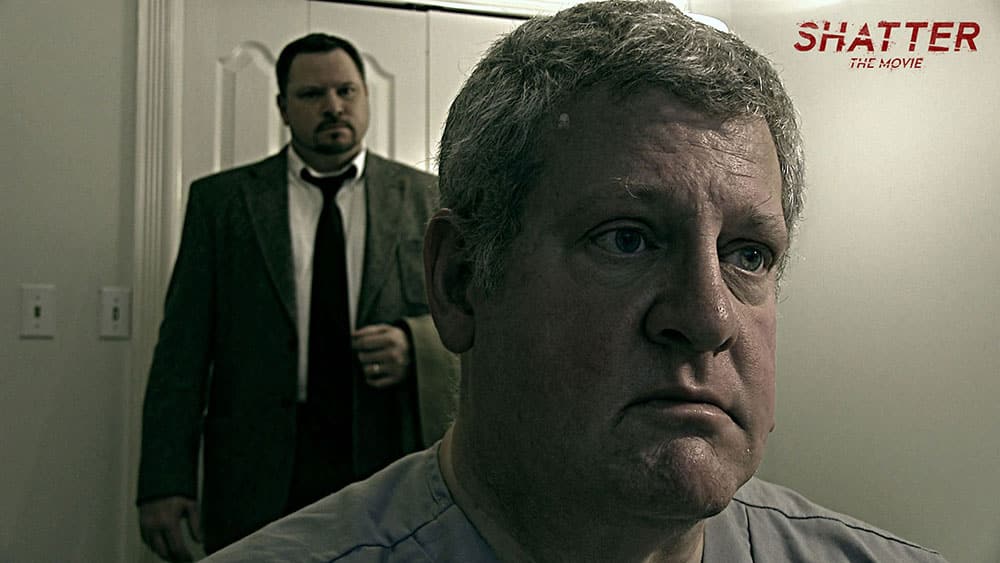 Chris Schwartz: When I was about 10 years old, my dad had purchased a home video camera and he let me use it one day. They were doing construction in my neighborhood at the time, which required underground blasting and I remember taking the camera out to film it. It was my first shot, and I caught the giant eruption of dirt from the dynamite blast on film. When I got home, everyone sat around the TV and watched what I had filmed that day in person.

When the emotion from what I experienced live was transferred to the people who watched what I recorded, I was hooked. At that point, I wanted to show people all the crazy ideas I saw in my head since I have always had a propensity for creating stories. I wanted to see if other people would “feel” the same emotions I felt when I first saw a new idea in my mind.

Chris Schwartz: I think I’m definitely winding down on filmmaking these days. Because filmmaking is both time-consuming and costly, life is constantly getting in the way of making progress. Plus, our social presence is just lacking, and I don’t think I have been able to network enough for people to see what our production studio is really about.

On the side, Red Glass Films has been working on some animations, and I had the idea for a surreal series that was based on a bunch of short clips of strange occurrences that I’d like to do. I’m not sure if I could handle another no-budget feature film in its entirety though – at least not without a budget. 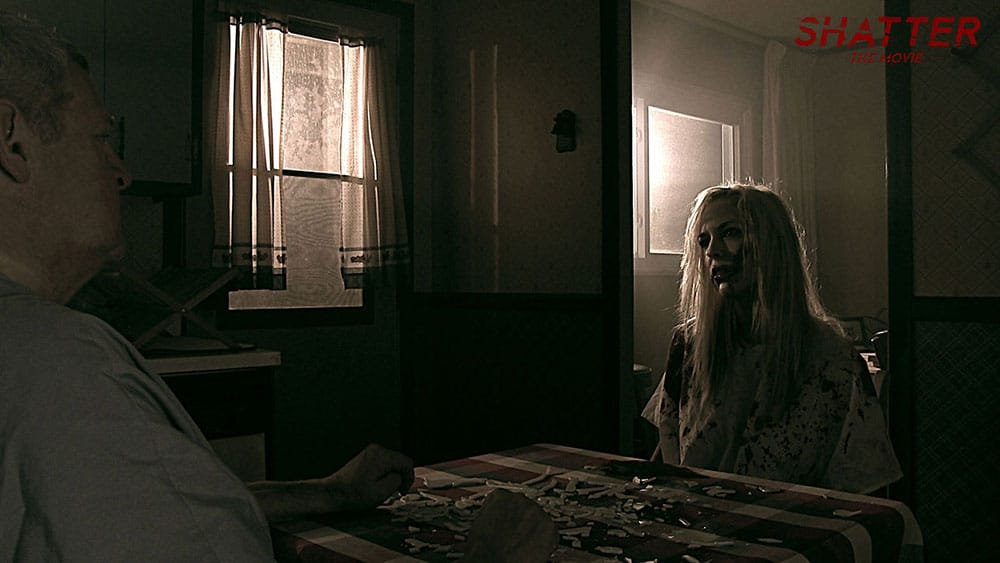 Chris Schwartz: Oh my, so many! I am a horror film fanatic, so it’s extremely hard to pick just a few, because, just like my mood, I like different films and subgenres mostly depending on how I feel. Sometimes I want more gore, sometimes more thrills, sometimes more drama, and sometimes more action.

One of the movies that really stuck with me is The Ring (American Version), mostly for the acting and cinematography. The Sixth Sense has my all-time favorite twist. Let the Right One In (Swedish) really connected with me as well. The Thing is probably my favorite creature feature, and of course, Lost Highway (1997) is one of my favorite films of all time. There are so many more though, I could go on forever.

Thank you so much to Chris for taking the time to speak with us. Be sure to catch Shatter, out now!