We sit down to chat with the wildly talented writer/director/special fx and makeup artist Steven Kostanski about “PG”, “The Void”, and more! 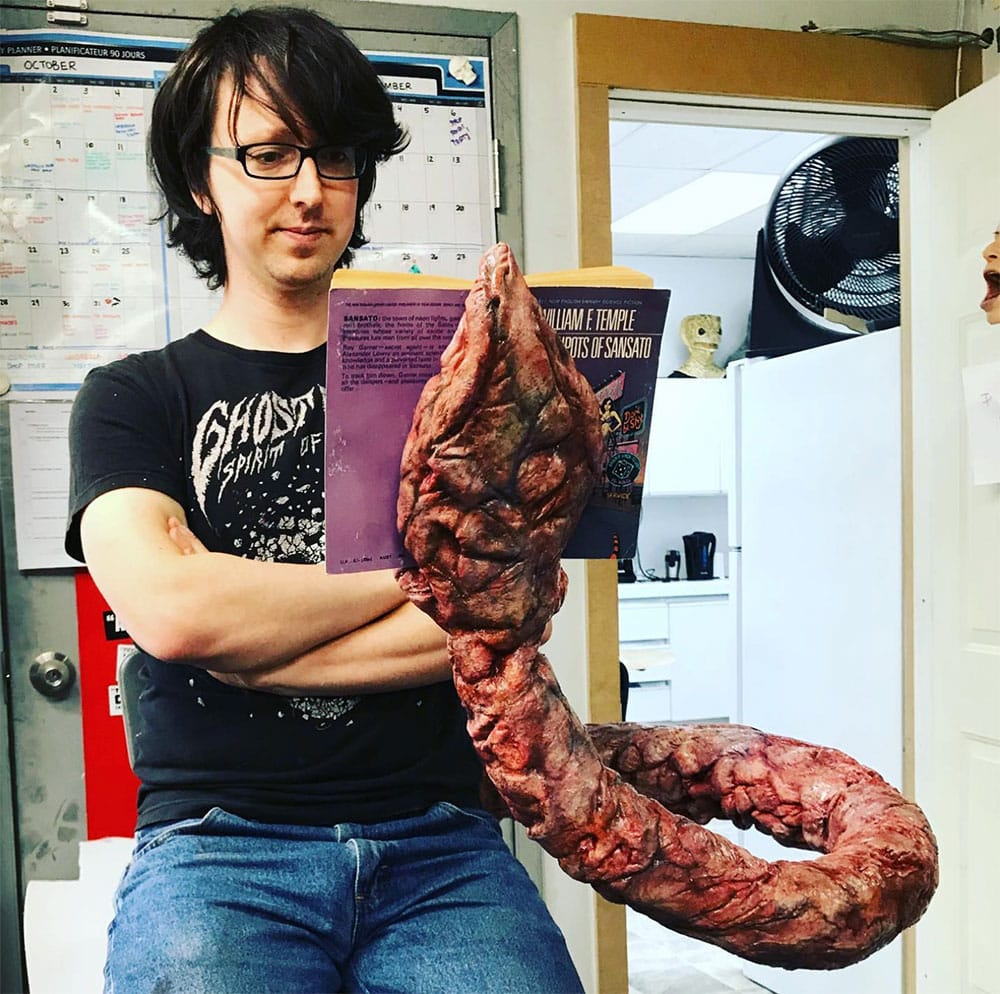 Steven Kostanski has been crafting movie magic for some time now. Beginning in his childhood with making rudimentary stop-motion animations and short films, he continued to chase his dreams by landing a mentorship in his Canadian hometown of Winnipeg, Manitoba, under Doug Morrow, learning the tools of the trade and cultivating his innate talents.

Eventually, Kostanski established a name for himself with the ambitious independent film Manborg (2011), which he directed under the Astron-6 umbrella. Then, in 2016, all hell broke loose with The Void, a nightmare-inducing production co-created with Jeremy Gillespie.

Heavy on practical effects and Lovecraftian lore, with some seriously solid performances, The Void, in my humble opinion, is one of the best horror flicks from the last ten years.

But quite possibly, Kostanski’s most well-known effort is Psycho Goreman (PG), released at a most unprecedented time in our history. Irreverent, bold, hilarious, and again anchoring on Kostanki’s monster-making talents, Psycho Goreman helped take the edge off of 2020 and became one of the year’s highlights.

We were honored to have the opportunity to humbly chat with Steven about his career, the Astron-6 super team, and what two flicks make the bill for his ideal double feature. Morbidly Beautiful: I’m unsure where to begin to gush over your contributions to the genre. So, I guess I’ll begin with where I first saw any of your work, and that was ABCs of Death 2 — the ‘W is for Wish’ installment. This was a wonderful precursor to your Psycho Goreman, which was released nearly six years later. How long had the idea of PG been brewing inside you?

Steven Kostanski: Psycho Goreman, it was a lot of random ideas that I just had floating around in my head, specifically the image of a monster sitting at a drum set. It was something that I had been bouncing around for a while, and I didn’t know what to do with it. So, then after I made Leprechaun Returns, I was just sitting around watching movies, trying to recover from that experience, and I decided to watch Rawhead Rex for the first time.

As I was kind of drifting away watching that movie — it wasn’t really hooking me, to be diplomatic about it — I was thinking about, “Oh, it would be funny if it was this scenario but masks with ET, and instead of like a monster man just terrorizing a town and that’s it. What if there was this ancient alien warlord that gets resurrected? But instead, he goes on adventures with two goofy kids?” And it goes from being kind of dark and serious into just full-on Simpsons-level absurdity.

Once I had locked in that core concept, I was able to pull all these ideas I had sitting on the shelf and slide into it. It’s like, going from The Void to Leprechaun. I didn’t really have an outlet for my wackier ideas, so I felt like that stuff was constantly just getting pushed off to the side.

I had a mountain of stupid that I needed to get out of my system, and PG was just the ideal clothesline to hang all those wacky ideas off of. 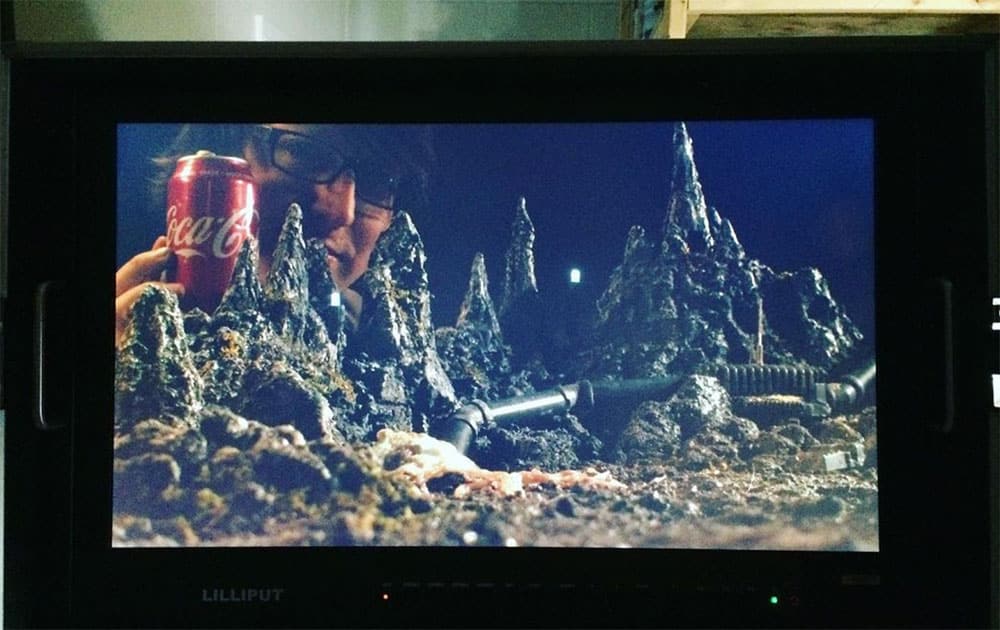 MB: You’ve mentioned before that you have always been a fan of filmmaking, and at a young age, you began borrowing your father’s Super 8 as well as making stop-motion animations. Do you remember a particular film that you experienced in your youth that lit your own fire to create?

SK: There are so many movies that contribute to that. The kind of obvious answer is the Star Wars movies because those really sparked my imagination at a young age. I think it was more specifically like when I started seeing behind-the-scenes footage from movies. There was a show called Movie Magic that I used to watch. In the age of bonus features and behind-the-scenes content being easily accessible, a show like that, which shows the making-of process of special effects and prosthetics and visual effects, was a real novelty at the time.

So seeing stuff like that really hooked me and showed me movies aren’t that inaccessible; it’s really like a bunch of guys in a shop working away, like making model kits and sculpting monsters.

I think the big one, the one I always reference, is Army of Darkness. My parents bought me that on VHS — like the Anchor Bay VHS back in the late 90s — and that had bonus features on the end of it.

There was a whole segment about KNB EFX and their creature effects shop, and I remember watching that. I think I must have about 13 or something. Seeing that and seeing all these dudes in heavy metal shirts with long hair, just pushing clay around and goofing off on set. 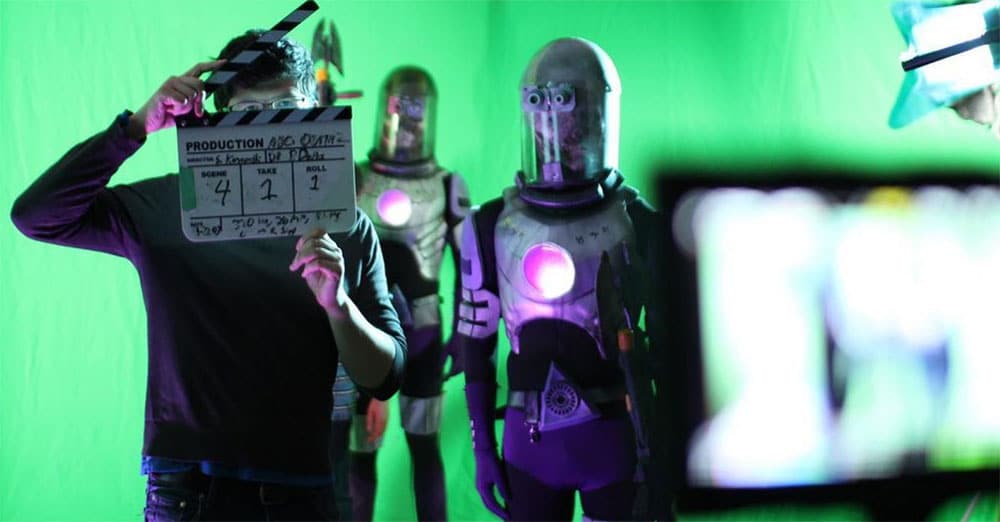 Making movies…it’s not that far off from me, just messing around with my friends, like shooting stuff on a video camera.

So I think that was the big turning point for me, where it made it seem accessible. Up to that point, I always felt like Hollywood and making movies was a totally unachievable goal; it’s unrealistic, so don’t even try to pursue it. As I was more exposed to behind-the-scenes content, I felt like the kind of stuff I’m doing in my basement is not that far off from this actual potential career I could have.

That was what pushed me to pursue not just filmmaking seriously but prosthetics effects as well. 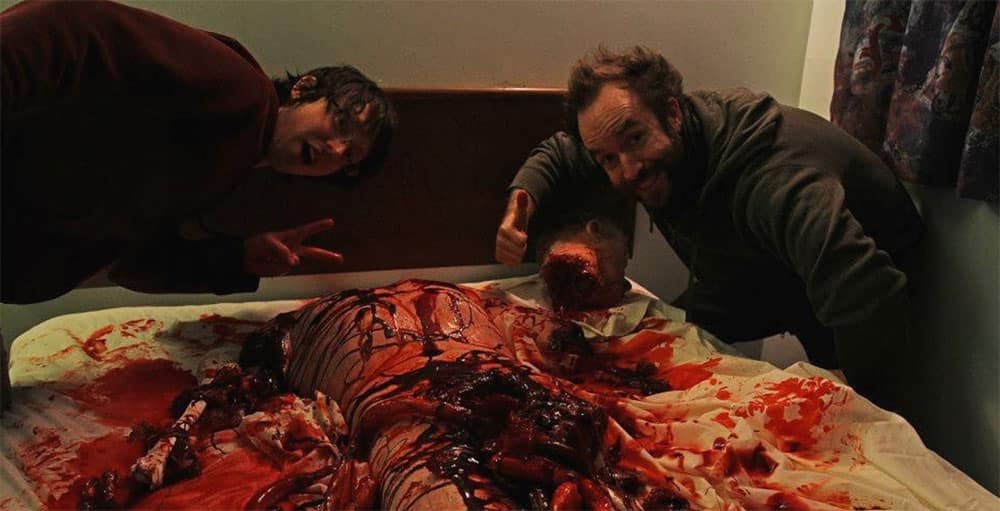 MB: You mentioned that watching Army of Darkness on VHS, the special features highlighting KNB, kind of helped push you towards pursuing a career. How does it feel to know that you may be somebody’s VHS of Army of Darkness? That somebody is looking up to you?

SK: I hope that’s the case! I feel like that is the thing to aim for. At the very least, I want some kid to see PG, or W is for Wish, or The Void, or Manborg, or something, and just be like, “I could do better than that.” And then pursue their own career in filmmaking. And I hope it inspires people to be ambitious despite maybe not having all the money in the world.

It’s all achievable. In the film industry, there’s this culture of trying to think small, especially with genre movies. And I’m so fed up with just a couple of people in a house dealing with one thing. The genre movies I grew up on — I think of stuff like The Guyver, where it’s just a ton of monsters, and there’s kung-fu, science labs, and evil doctors. That’s the kind of stuff I want to see in movies.

That’s what people are passionate about, and I want them to pursue that.

We need ambition in movies. That’s, like, the whole point of it to me, so I hope I in