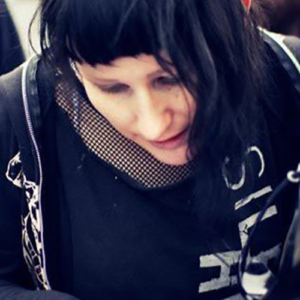 I was lucky enough to talk with the multi-talented Zoe Kavanagh about her filmmaking career and her current and upcoming projects. We chat about her exciting debut feature film Demon Hunter (with the ever-expanding universe surrounding Taryn Barker), her new powerful and controversial short Wounded Ella, and even her work as a musician in the industrial rock band Voxillary.

Demon Hunter is you first feature film. What inspired you to get into filmmaking originally?

When I was really young, I played a lot of video games, and I really wanted to tell stories. I thought I would love to make video games, but there are too many people involved in making those stories. Too many cooks in the kitchen. I wondered how else I could tell a story visually, and then I thought I could make films. So I started doing music videos, went to college and just started experimenting with short films. No one is going to give you money to do your first feature unless you’re in a circle. So I spent years doing videos for bands and trying to hone my style, eventually building myself up to doing a feature.

I also loved that in films, games, comics, books, etc., a story can live on forever — it’s a timeless thing.  That really appealed to me and drew me in. I’ve been filmmaking for over ten years, but Demon Hunter is my first feature. 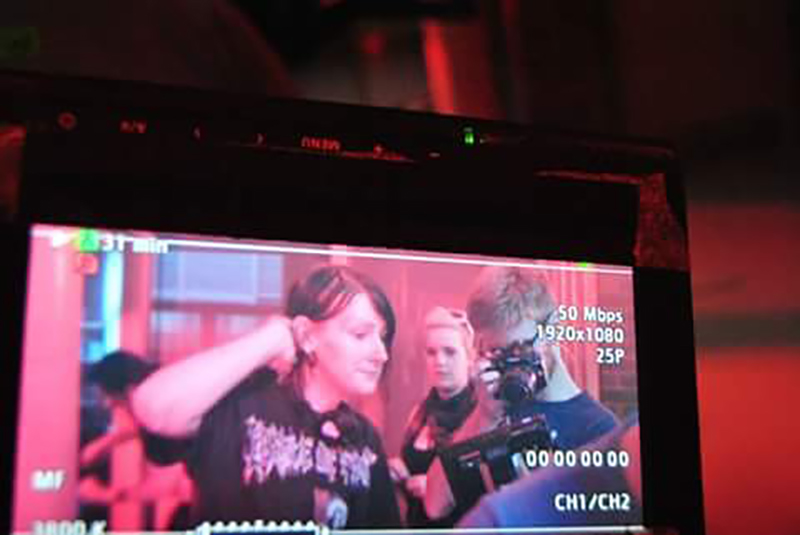 Was the film financed by yourself?

The film was financed by myself. At the time, I was working at a cinema, living at home and just saving. I took out a $10k loan and added my own savings. When Constant Motion Pictures came on board, they contributed 5-7% of the budget. Unfortunately, we had to reshoot after the film, so there was a bit of a loss. But in the long run, I think it will be good.

Nobody would give us money. I even shot an action scene hoping it would entice people to give us finance, but no one budged. I think it comes down to a few different factors. I wasn’t in the circle, it was my first feature film, and the idea was a hard concept for people to understand and support. But I knew the film had to get made one way or another. 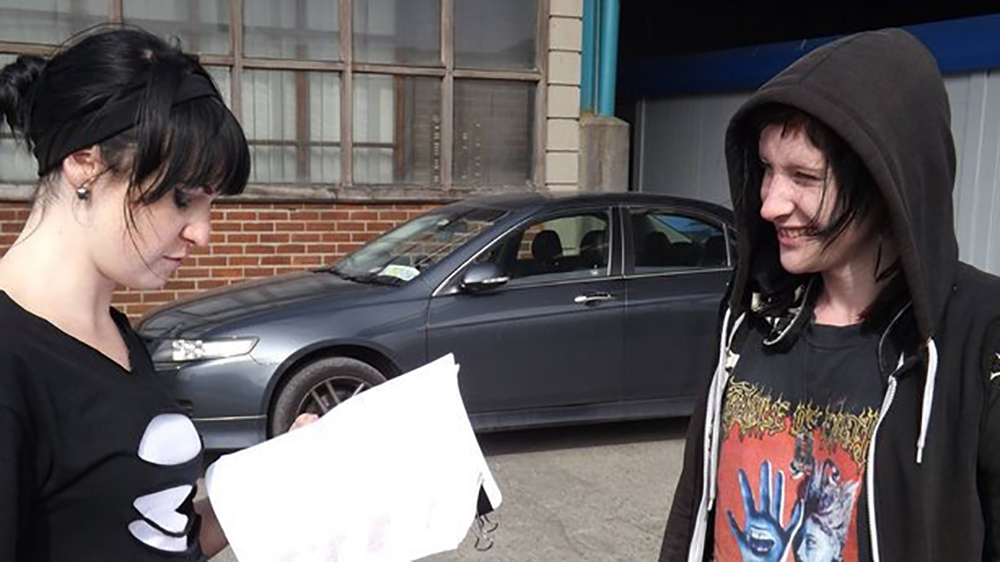 Tell us about the lead actress, Niamh Hogan. I heard she was not the original actress cast for the role.

Yes, we originally had a different actress in the role. We tried to shoot the film in 2013, and things went wrong. A year went by, and we were prepping to shoot the rest of it in 2014. We had an art workshop, we were building sets, designing costumes — everything was in place. It was about a week and a half to two weeks prior to shooting, and our lead dropped out. I was thinking about all the footage I had shot, wondering how I was going to make this work. I knew I couldn’t just cancel the production. I had to keep going. So we put up a casting call, and so many people responded. It was down to two people, and Niamh does her own stunts and is trained in the theatre. Casting her was one of the best decisions I ever made.

How did you come up with the concept of Demon Hunter?

I was listening to the Resident Evil Apocalypse soundtrack album, and on the American version was a band called Demon Hunter. I was drawing a picture, of a girl, because I wanted to draw a superhero character. I was drawing her with a sword and thinking about what she might do. I looked at the band and thought, yeah, she would fight demons! Then I tried to think about the worst thing that could happen. I thought about her losing her sister to someone terrible, like a rapist, and all these different scenarios started to take shape.

I decided to call my character Taryn Barker, naming her in part after Clive Barker. I also thought Taryn was a really strong name — unique and not commonly used. There was a great character named Taryn in A Nightmare on Elm Street Three Dream Warriors, and I really love that name. From then on, the world just evolved, it just got bigger. I am writing a book now. What’s great about the film is you feel like this is part of something bigger, and I would love to keep exploring that world. 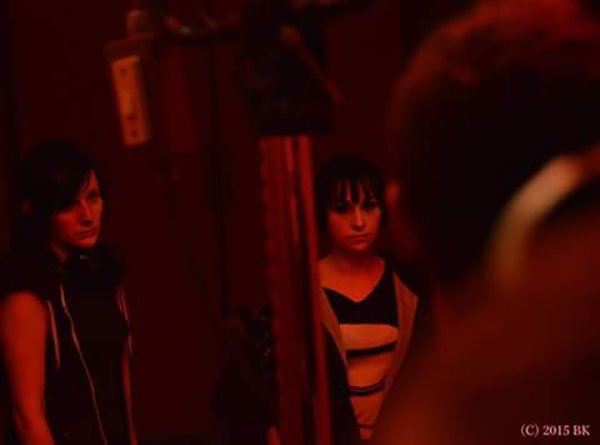 And you also had a comic book created before the film was released?

I released one issue from the comic “Taryn Barker: Apocalypse”, but I became broke from all the marketing and promotion of the film. We do have more issues written, but I need to find the time and money to get them off the ground. I want it to be multi-media, and in time there will be an ongoing comic book series. In addition, the book will probably be finished at the end of this year. The book itself is 10 chapters, which are not actually chapters — they are missions.  It’s like a 10 season TV show in a book form.

Is the book going to be full length novel or a novelette?

The first mission is 150 pages, which is the first chapter. They are all short stories that are connected and lead to the final chapter…which is like a big boss. They are all part of one big story, but the chapters are their own individual stories as well.

Will Taryn be the main character throughout these stories?

Yes. She will be the main character throughout it all. We get introduced to some new characters as well and, if we get to make a second film, there will be more interesting characters coming into it. We’ll explore the demon hunters and meet even more villains.

Have you written a script for the sequel?

We’ve written two and three. I had written the third film first, Demon Hunter: Retribution. That one is like The Dark Knight meets the The Empire Strikes Back, except with demons and set in the city. But it’s just too big. So we worked backwards with the first film, which was a web series that we decided to make into a film. The second is a bridge between the first and the third film that connects them nicely. The villain in the next one, Demon Hunter: Devils Night, is like a Lady Gaga type rock star. She’s a witch, but no one really believes it. However, she is about to play a song that will open a gate to hell and turn people into demons. 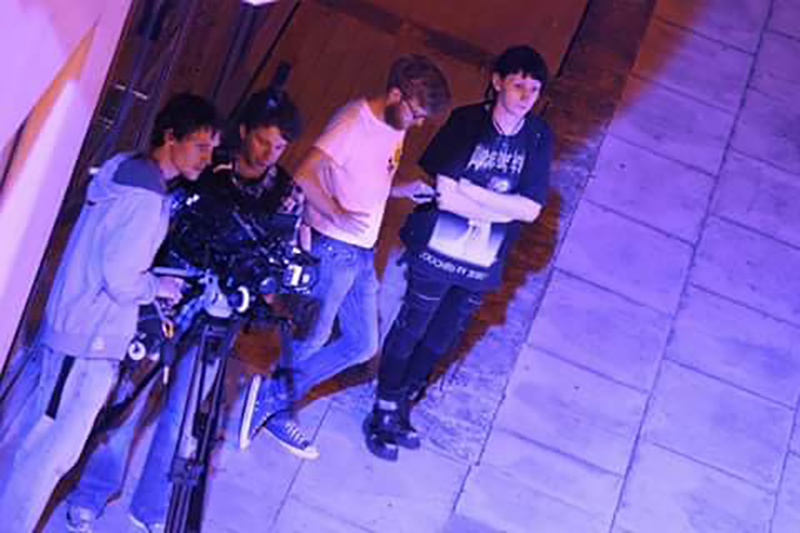 Demon Hunter is an action horror film. What made you decide to make this type of film, and what were you influences?

Constantine is an underrated film. I really like that film, it’s so stylish. I love creating worlds, and I wanted to make my first film really ambitious. At the same time, I am a fan of both the action and horror genres. I also the idea of having a strong female leads in these types of films, something there’s not nearly enough of. We have films like the Resident Evil and Underworld franchises, but there’s not an emotional connection with those movies. They are fun guilty pleasure films, but not that substantial.

I wanted to make an action horror, but also put some emotion into it. I wanted to create a character you would relate to and sympathize with — because of everything they’ve gone through. But I also wanted someone who would be bad ass and fun. One film that wasn’t a big success was Daredevil. It wasn’t great, but I really liked that it had emotional moments that other superhero films don’t approach. Like The Crow. A lot of films miss that mark. It’s about having a strong character.

Since this is my first film, I created this character that I think is really something special and unique. 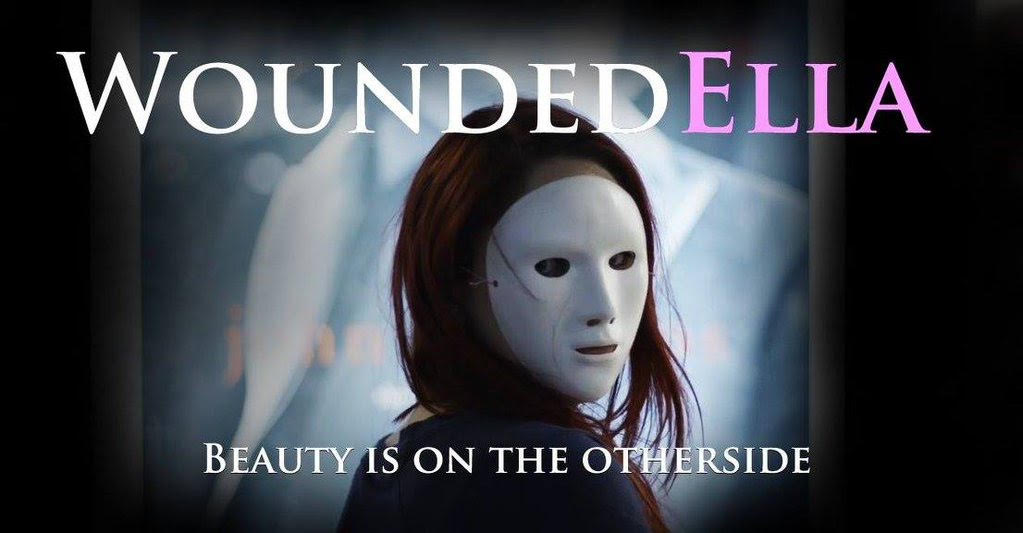 In your career so far, you’ve done mostly horror, including ‘Don’t Listen’ and the new short film ‘Wounded Ella’. Can you talk about those projects?

Wounded Ella has been sent to festivals, but has only played in one festival so far. I think the problem with Wounded Ella is that it’s a transgender horror film about a girl who lives in a flat area, and people give he