Let’s face it, kids are creepy. But when those kids happen to have black eyes and malintent, we move into the realm of truly terrifying.

EPISODE SUMMARY
We are back this week with a topic I’ve wanted to cover for quite some time: the strange phenomena of the Black-Eyed Kids. No, they aren’t a bad cover band. They are something far scarier. You won’t want to miss hearing about this compelling modern myth. 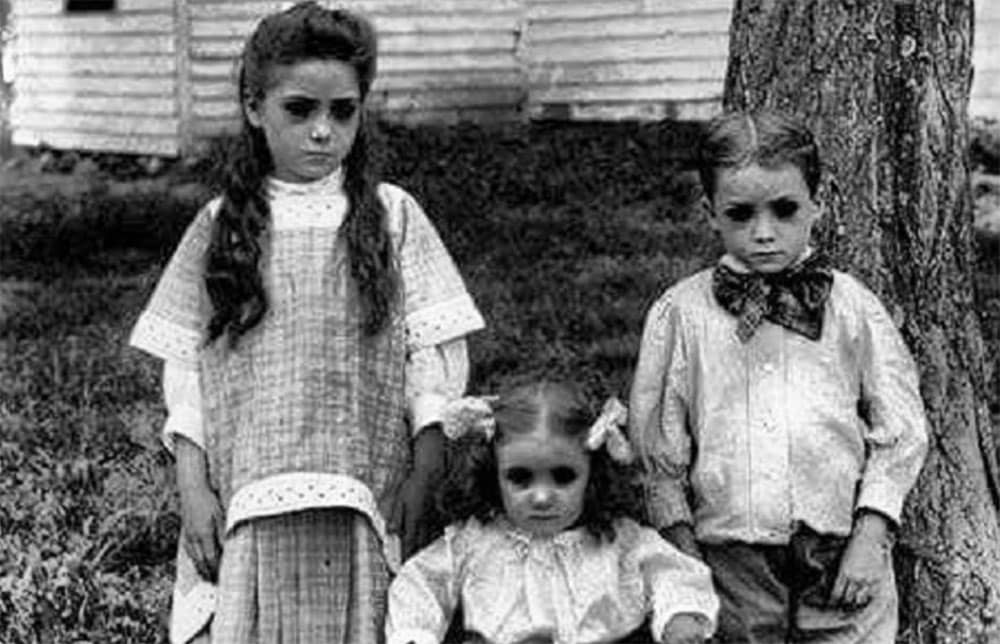 Back in 1996 a journalist, Brian Bethel, had an encounter that left him with an unsavory taste in his mouth. He couldn’t explain what happened. But what he could recall was shocking.

Bethel’s account featured a new type of haunting with a brand new, never before seen monster: black-eyed kids. He described these kids as between the ages of 6 and 16 with fairly normal features, except that their clothes were dated by a few decades. Oh, and their eyes were solid black. Yeah, I know, terrifying, right?

Well after Bethel’s account, others began either having similar encounters with these things — or recalled events that had happened to them in their younger years.

All of these stories, which are now plentiful all over Reddit, have one thing in common: the kids always want to come into your space, be it a house or car, or whatever. Generally, these kids also seem out of touch with modern society, such as asking to come into a home to use a landline when pretty much everybody (including bloody toddlers) has their own cellphone.

They also create a sense of unease within the person/people they’re interacting with.’

Most chilling of all? Well, there are absolutely no accounts of what happens if somebody lets one of these Black-Eyed Kids into their house. Maybe nobody’s lived to tell the tale.