You’ve Got Read on You: Fiction Spotlight (April 2021)

As the wind blows softly through the flowering trees of Spring, this tantalizing trio of new terror tales whisper to be discovered.

Wood crackle in the dwindling fires. Ashes flit on the midnight breeze, lit in soft sparks through the household. The winds whistle through the pages of books scattered across the table, the bed, or wherever the reader leaves them. Which one, which one? That is always the question, the hardest question. With so many books, so many stories waiting to be told, which do we take ourselves through? A new month comes, and as always Morbidly Beautiful has a list of those that fellow readers may wish to stumble into. 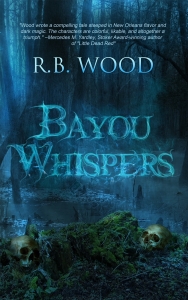 Jeanine LaRue is a lawyer with a past. Curtis Jones is an ex-cop turned thief tied to that, who brings her back to where it all began.

R.B. Wood succeeds in creating a colorful cast to inhabit the even more colorful setting where the story takes place.

Dancing along the lines of a pulpy crime thriller and serious horror, Wood manages to bring the electric vibes of New Orleans to life. The characters mesh and play among one another in ways reminiscent of Scorsese ganger flicks, with a crime noir flourish that makes it chef’s kiss of delight. Interwoven between these moments are the harsher contrasts that put the main character, Jeanine LaRue, dead center of mystical and downright terrifying moments in the story.

It is the interplay between these two flavors of the story that elevate Wood’s writing and story plotting into the insanity that becomes enjoyable all the way to the end of the line.

PRE-ORDER THE KINDLE OR PAPERBACK EDITION 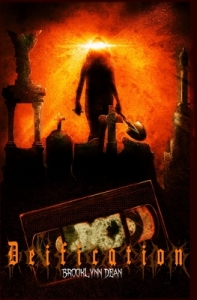 Destroying virtues for the sake of sin, Torrence leads her band of bad-boy brethren to murder, blood sacrifice, and supernatural ritual in an effort to restore her dark savior’s powers so the apocalypse can be an unholy paradise.

Brooklyn Dean is an author that is willing to play with her prose.

Deification is a beautifully written book contrasted by some of the most jarring but eloquently put descriptions. Her words create imagery akin to an apocalyptic wasteland of Mad Max disasters, clashing with the real world, while the fantastical elements combine to create something unique. Dean puts the reader in the shoes of Torrence and highlights the fact that the book isn’t following the good guys. Giving us time to ask if we should root for them, or sympathize, but no time to answer that question, the book zigzags between poetic inner monologues and important flashback sequences to a rather surprising finale.

With a writing style that can make the most disgusting moments flash with brilliance and beauty, Deification is a terrifying joy. 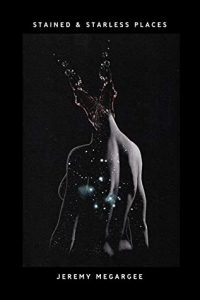 There are certain places in this universe that are forever stained and starless. Devoid of light, smeared in midnight ruminations. You’ll visit those places in this collection…

Short story collections are the perfect way to sample an author’s work, and Megargee has made sure to set up a fine cuisine of varied tastes in this one collection.

As though not satisfied with giving the readers tried and true forms of horror, Jeremy Megargee goes out of his way to give a taste of everything. From the horrors of space to the dystopian future, and even venturing into a killer’s mind with a cosmic horror thread in, there is no predictability of the type of story is next.

The book is written to a unique voice for each, with prose that can color the story perfectly into vivid and horrendous images.

With the setting moon and rising sun, the wind inhales its breeze. The pages of the books flutter to a close. Which one, which one? That’s always the question, thousands upon thousands of books to read at any given moment. With mainstream successes calling your name, and independent authors whispering for your attention, how will you choose? Hopefully, this month’s choices tickle your fancy, scratch an itch you’ve been needing. Stay tuned for next month’s round of choices — because there is more, always more.