A provocative thriller with a unique vision, “Replace” recalls classic horror with modern themes of vanity and science, as well as life and death. 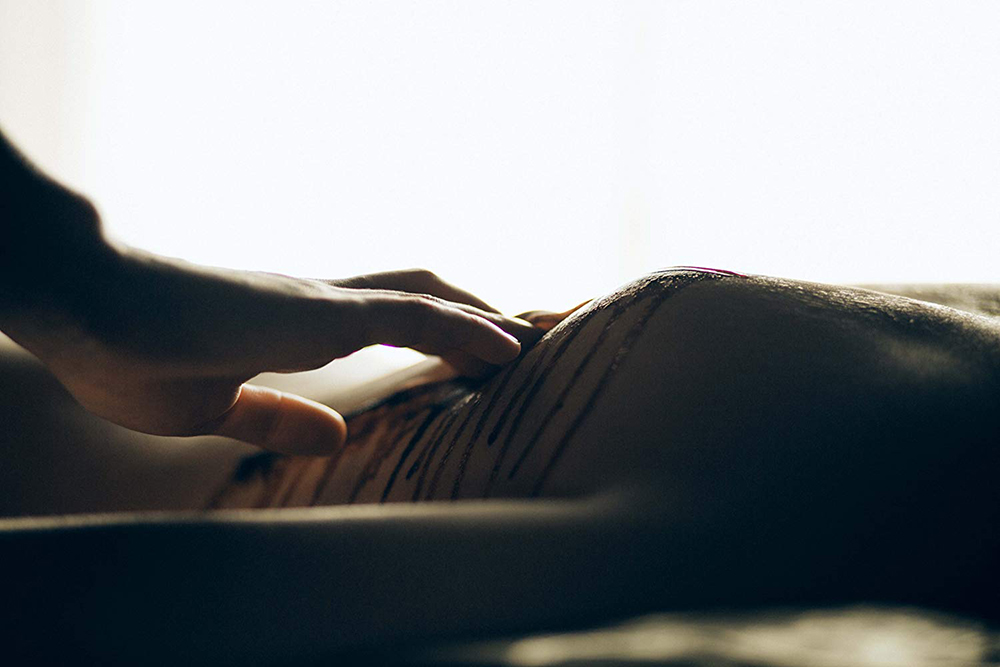 Replace is a nice twist on the vampire story, but instead of fresh blood to stay alive, Kira requires fresh skin from her victims. Sounds a bit more messy than simply biting a neck, but when your skin starts to mysteriously crust over and fall off, what’s a girl to do? This is what Kira must adjust to in Replace, a life of finding victims and taking their skin.

But the film is much more than a gore fest and has plenty to say about life and death.

Kira is an intriguing character and is played with a quiet bewilderment by Rebecca Forsythe. When her friend cuts her foot on some broken glass, the sight of skin stuck to a shard stops her eyes from moving, captivated by the fresh replacement before her. It’s a great moment for Forsythe, who flashes a wild discovery in her eyes, a moment of re-evaluation of what she needs to survive. 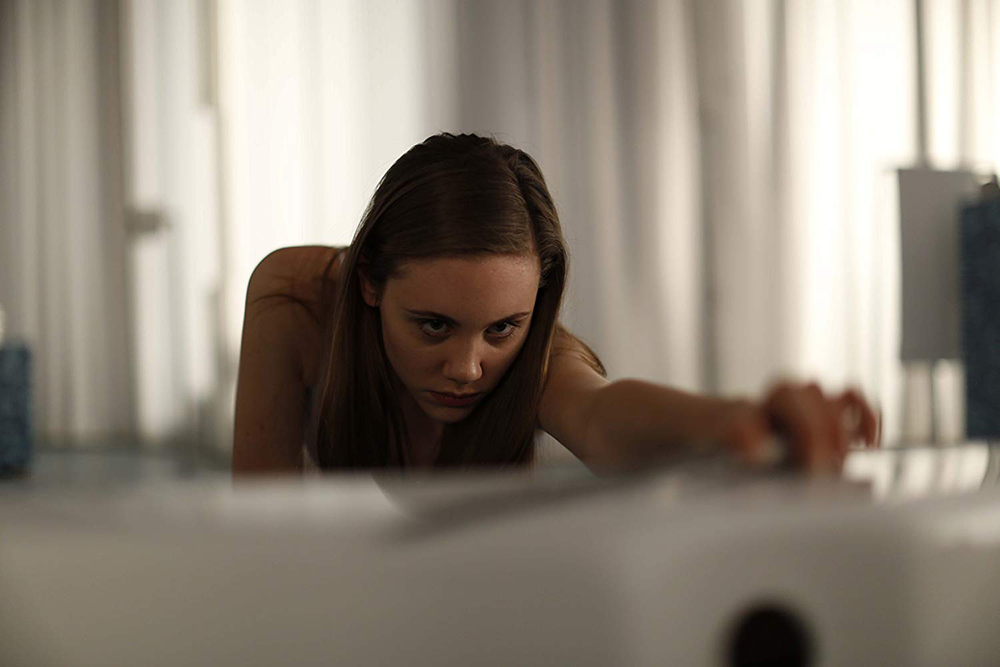 Kira has subtle elements of the classic Universal monsters. She is Dracula as well as both Dr. Frankenstein and the Monster in one. When being concerned about having to wait 48 hours before a potential procedure, a doctor muses, “Don’t worry, it’s only two days. You won’t be looking like the Mummy by then.”

There’s a wonderful scene in a morgue, with Kira walking through the corpses doused in green light as layered organ music plays underlined by a steady, mechanical sounding heartbeat. The scene invokes rebirth and the classic monsters as she cuts a swath of skin from one of the bodies in a Frankenstein-like attempt to complete her body. But the dead skin doesn’t take and, like Dracula, she needs the flesh of the living. 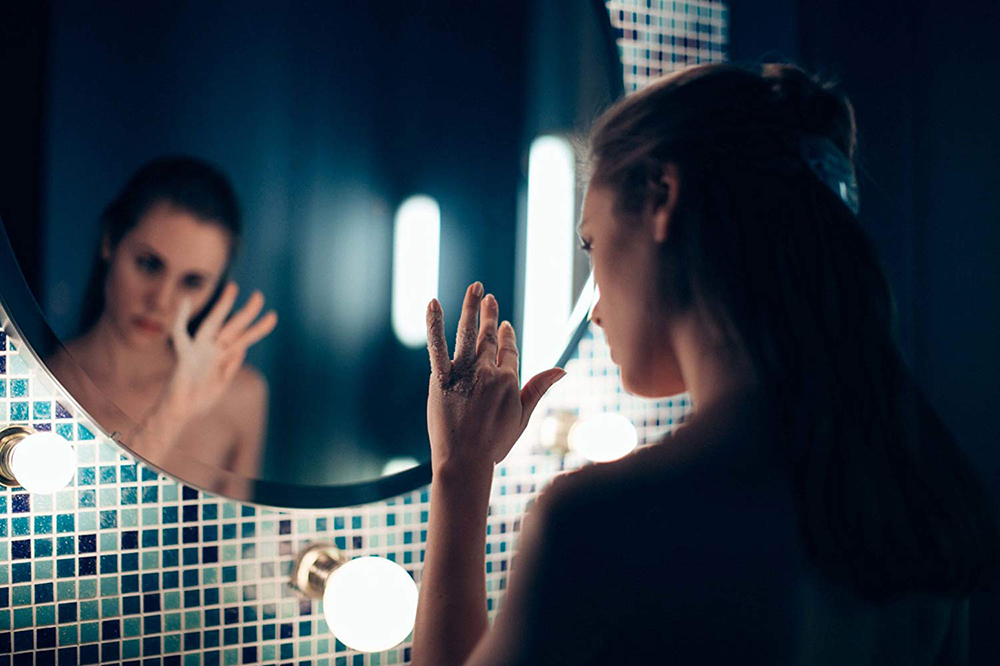 This is when Replace delves into the darkness of vanity, taking the lives of others in order to maintain a beautiful and youthful appearance.

There’s a scene of Kira looking in the mirror. When her image reflects an old version of herself back to her, she screams at the sight. It’s not that Kira is dying, it’s that she’ll look like a monster if her skin condition continues to crust over her body — leaving her looking like the Mummy as the doctor earlier joked. This is something she’s not willing to live with.

Even her doctor (the great Barbara Crampton) can only seem to do so much for her. Although her interest in Kira seems to run deeper than just being a patient, and her too calm demeanor is an alarming mix of sweetness and mild obsession, adding an element of unknown danger.

All of this is quite the cocktail for the haunting journey of a young woman forced to watch her body decay, threatened to lose her looks decades before wrinkles naturally appear and take deadly measures because of it. Watching Kira’s efforts to navigate her new relationship with her girlfriend Sophia (Lucie Aron), and conceal her new life as a skin peeling killer makes for a disorienting, fascinating, and often bloody portrait. 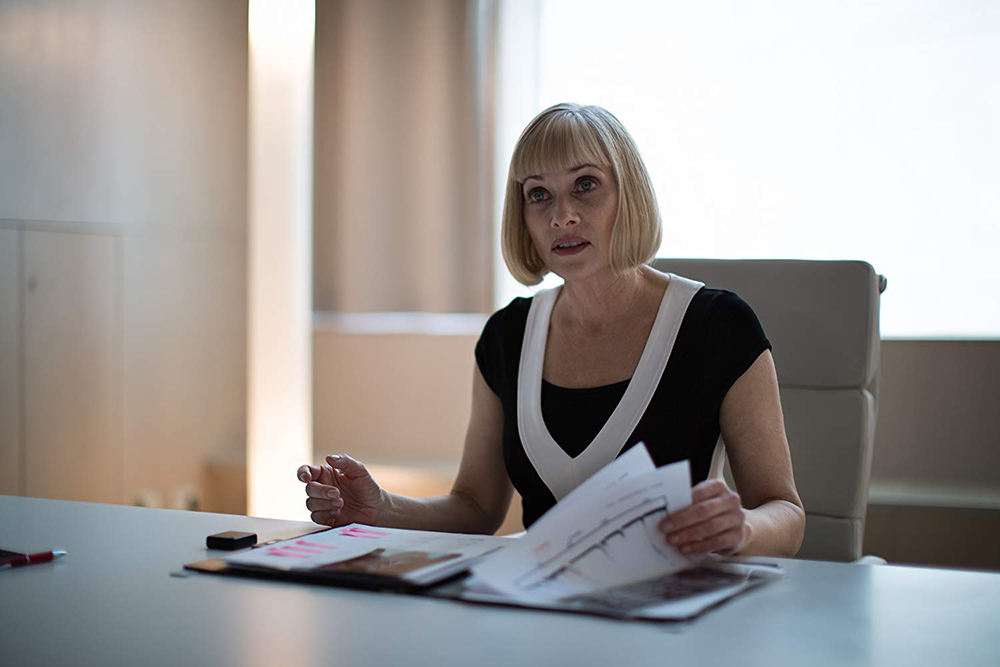 Much is revealed as Replace unfolds.

Themes of aging, memory, ghosts, death, vanity, love, and loss are all explored with a unique vision.

The final act, despite a hiccup or two in pacing, is an exciting and surprising odyssey of revelation, a great and unforeseen ending to a provocative science fiction thriller with a strong message.

Replacing what’s on the surface will conceal truth for only so long when what’s underneath is rotten.