In honor of the Xbox One release “Friday the 13th: Killer Puzzle”, we take the game for a spin on its newest platform to see if it makes the killer cut.

Friday the 13th: Killer Puzzle (2018) is a single-player puzzle experience from developer Blue Wizard Digital (Slayaway Camp). The game is available for purchase on Nintendo Switch, Microsoft Windows, Steam, Google Play, the App Store, and now Xbox One. Killer Puzzle was released on the heels of IllFonic’s Friday the 13th: The Game (2017), which is an entirely different kind of Friday the 13th experience – fusing the popular horror franchise with a multiplayer gaming experience. Instead, Blue Wizard Digital seeks to entertain its players by offering them some truly twisted, single-player puzzles to solve.

You, the player, take the mantle of Jason as he calculates his murderous rampage. With a little help from mom, Mrs. Voorhees, Jason must navigate a relatively simple puzzle board to satisfy his bloody revenge.

For fans of indie puzzle games, this might not seem as adventurous on the surface.

But rest assured, the fun is kindled by the game’s ability to keep you playing with a variety of kill animations and different skins for Jason. 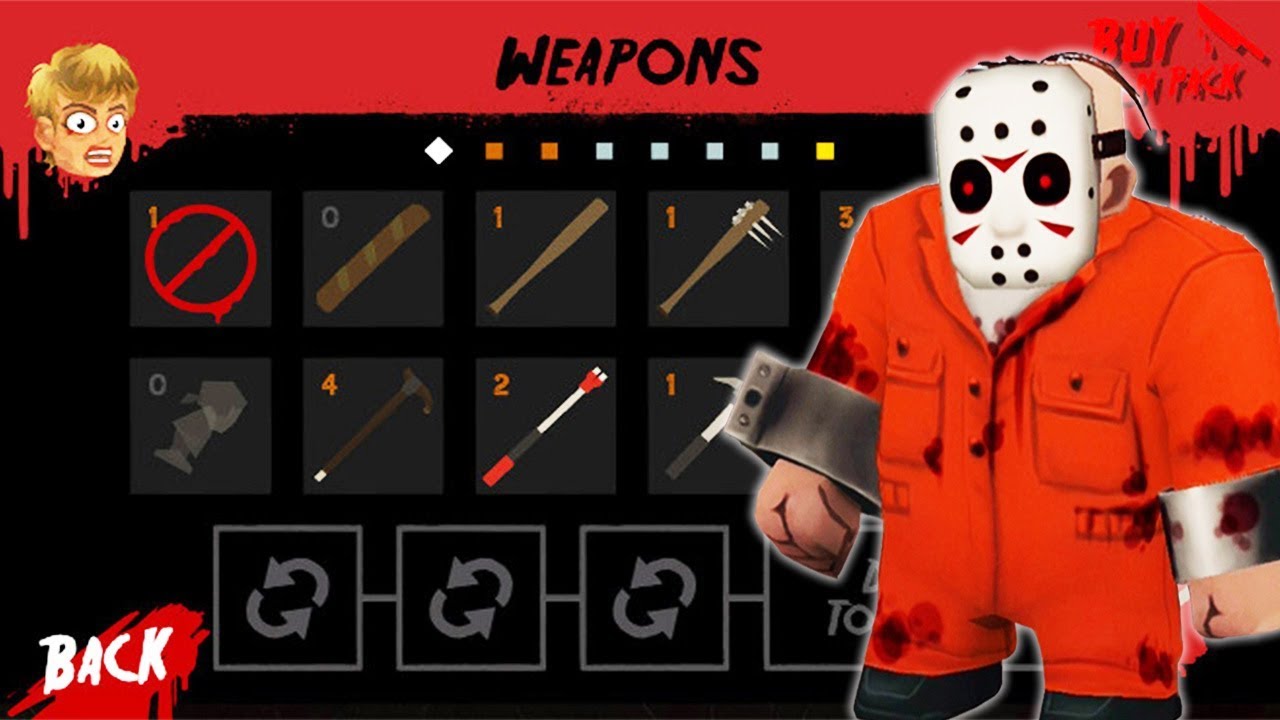 My favorite reward for getting more kills (the mechanic in the game that measures character progression) is the plethora of oddities in the weapon selection. The moment I was able to kill a camper with a pair of chopsticks, I knew that this was the kind of game for me. While Killer Puzzle is certainly entertaining on a moment-to-moment basis, the overall stretch of the game might be a little tedious for some to fully invest their time to leveling-up Jason. However, I do believe that if you are only playing the game for just a little bit of time each day, these goals are achievable for most.

As far as gameplay variety, the change of scenery every so often from the different levels is much needed.

As you play through each level, you’ll notice that Killer Puzzle has a linear narrative attached to it, as well. And I must say it was a pleasant surprise and just another reason that I wanted to keep playing. At the beginning of the game, you’re asked whether you want to play a PG version of the game, or an R-rated version. Of course, I chose the R-rated version, but I couldn’t help but wonder why this game was meant to be marketed to a younger audience, too.

The ending kill animations are very satisfying – especially on the R-rated mode –  but the sequences are too quick to really indulge yourself in all the gory details. 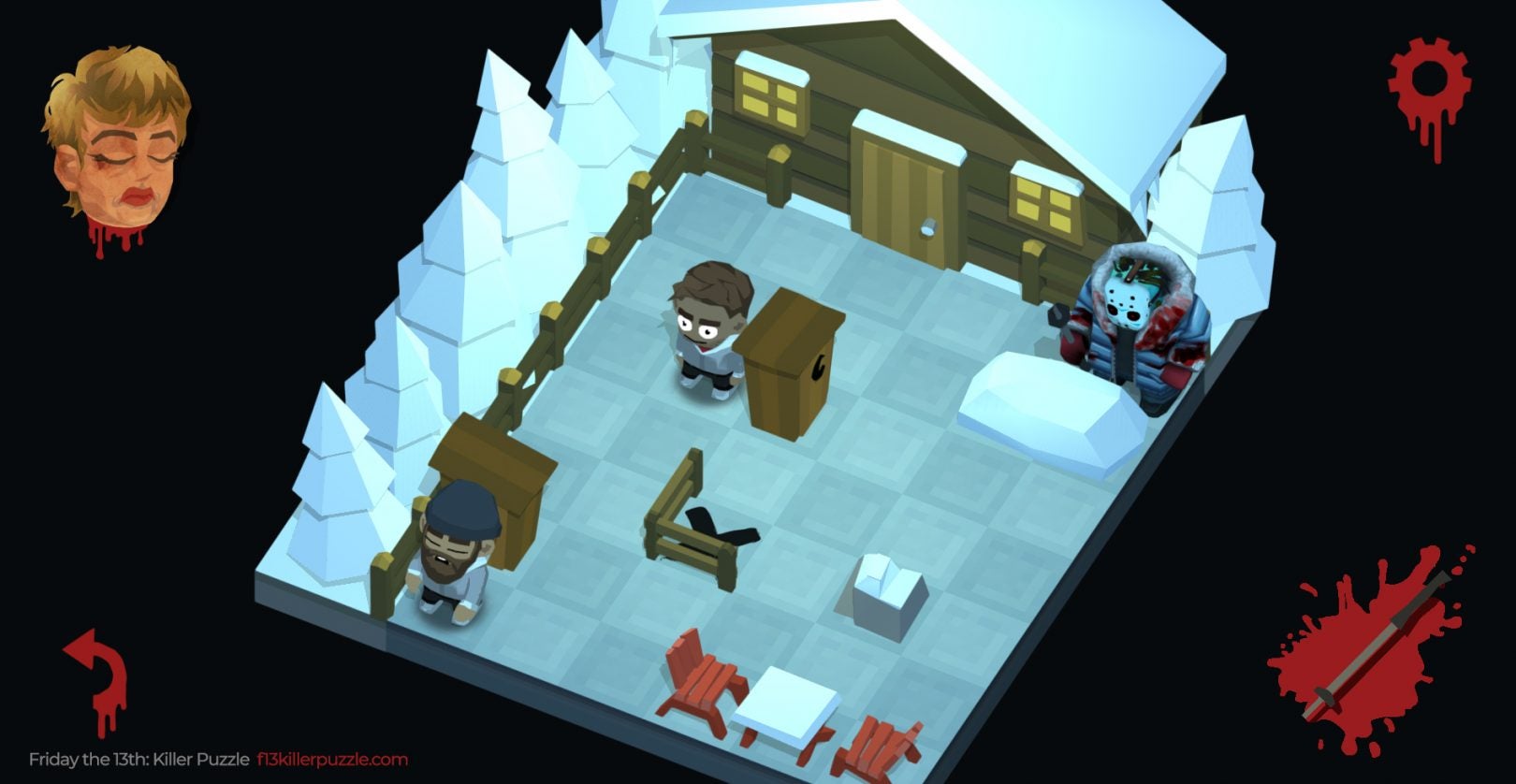 The former is a daily mode that gives you some pretty sweet unlockables – but only because the advice options found in the main campaign are turned off; you get no hints, and no help. Needless to say, this provides players with a little bit more challenging experience which may help Blue Wizard Digital maintain their player base for a while longer.

“Murder Marathon” is essentially a mode that features the ending kill animations at a more consistent rate. It’s cool for a while, but it doesn’t necessarily add much to the finished product.

As far as how the console runs on Xbox One: it’s good.

However, there are a few controller buttons that are either underutilized or completely ignored all together. Perhaps, with the increased presence of cloud gaming and the launch of Xbox’s cloud gaming feature, it will make more sense for mobile playthroughs. Its platform on the Switch and in the mobile app stores does make more sense for the style of gameplay offered. Though, I must say that reaching a wider audience isn’t always a bad thing.

The rewind feature in the main story that you can use if you get stuck on a particular level is great for players that don’t typically spend time with puzzles. As mentioned earlier, Mrs. Voorhees’ severed head gives you tips and tricks for completing the puzzles as you go. Her commentary provides a pleasurable contrast to the gameplay, as she can be just as funny as she is terrifying.

It isn’t the greatest puzzle game, but the marketing certainly isn’t being deceitful by making you believe it’s a whole lot of fun.

Killer Puzzle doesn’t do nearly as much to pay homage to the film franchise as, say, IllFonic’s version of Friday the 13th. But you simply can’t deny the love for the property.

Its light-hearted approach to deliver a satisfying experience to players is very much a hit. Just look at the pause screen menu, where you have the ability to play “Ki-Ki-Ki Ma-Ma-Ma” whenever you want with just a click of a button.

For the price of $12.99, Killer Puzzle packs a decent amount of content into the game. If you are a fan of Friday the 13th and puzzles, like me, I think that Blue Wizard Digital has just the fix for you.