Jason, Jason and more Jason! Early alpha gameplay footage was recently dropped for Friday The 13th The Game, and it got… stalky. It was framed around the voice of Mrs. Voorhees urging Jason to kill, which is a very new, very Norman Bates component — a component I think brings a new and more creepier aspect to the masked killing machine. 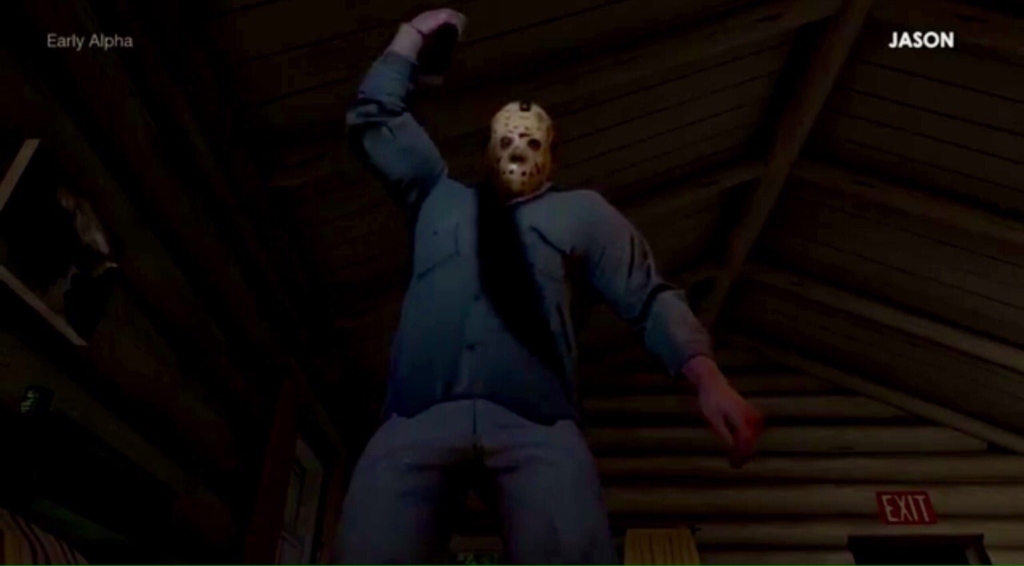 During gameplay, you can choose to play one of the camp counselors desperately trying to escape the iconic boogeyman… or you can play as Jason himself and try to track down and pick off those pesky teenagers (played by your friends) one by one. According to MoviePilot, when playing Jason you even have the ability to transport to one of the fleeing counselors and either scare or kill them. Frankly, I think this adds a classic 80’s one-place-then-another touch, which sounds pretty awesome for old school slasher fans like myself.

Other than that, it’s pretty obvious that a lot of detail — and a lot of gore — went into making this game everything you’d expect and want from the beloved F13 franchise. Check out the alpha game footage below for a sneak peek at what’s to come.

The game, which was helmed by Wes Keltner, Ronnie Hobbs, Randy Greenback, F13 original director Sean S. Cunningham, special effects artist Tom Savini, composer Harry Manfredini and one of the most famous Jason actors, Kane Hodder, looks to be the perfect slasher fan buy. Pre-order it now on PS4, XBox One and PC to be shipped this October.