Sexy Sunday: A Virgin Among the Living Dead (1971)

In honor of Valentine’s Day, we explore our love affair with Jess Franco’s sublime “A Virgin Among the Living Dead” (1971). 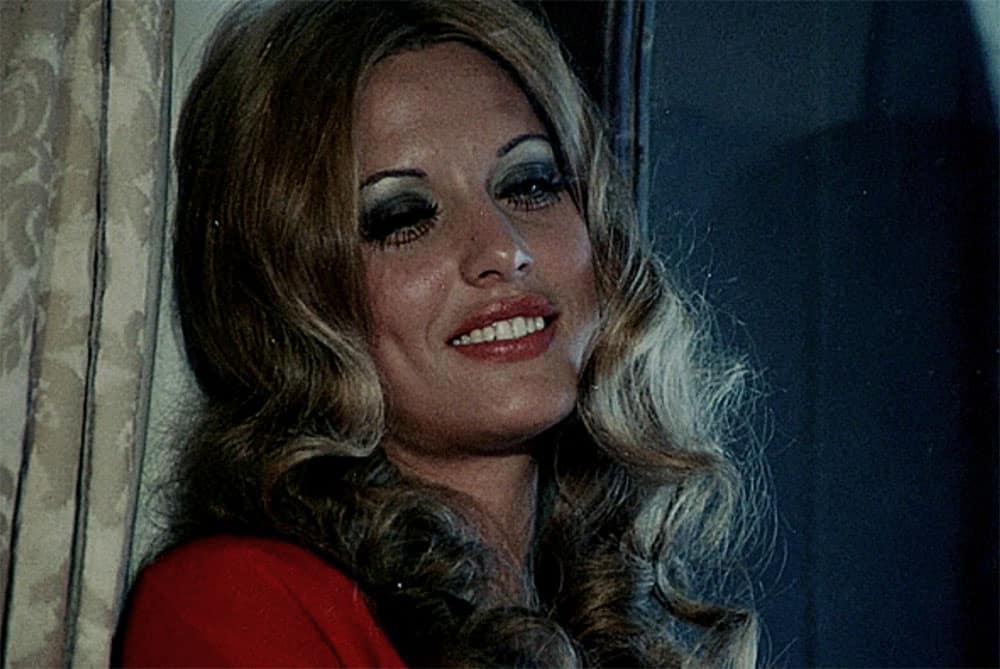 The version of this iconic ’70s film we’ll be discussing today is the one specifically titled A Virgin Among the Living Dead.

During production, Franco wanted to call the film The Night of Shooting Stars, which is the perfect title. Like the movie, Franco’s preferred title possesses the air of a dark but playfully mysterious fairy tale. Eventually, however, distributors got their hands on it.

Strangely enough, they believed there wasn’t enough nudity, so a few brief X-rated inserts were spliced into the film.

In addition to that, distributors wanted to cash in on the burgeoning zombie craze (Romero’s Night of the Living Dead was only three years old). As a result, Jean Rollin himself was hired to shoot a zombie sequence.

And that’s the abbreviated story behind how The Night of Shooting Stars became Christina, Princess of Eroticism, then A Virgin Among the Living Dead. 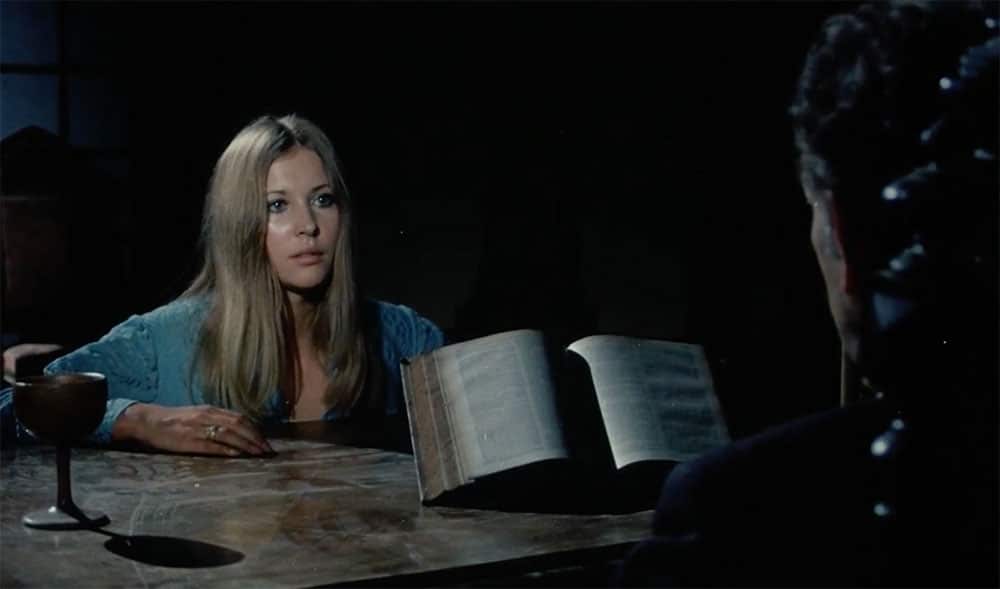 In this haunting France/Italy/Belgium co-production, young Christina Bentham (played by the breathtaking Christine von Blanc) learns of the passing of her father and is whisked away to Portugal, to the family homestead, Montserrat Castle. She is there to hear the reading of her father’s will and finally has the opportunity to meet her long-lost relatives.

Britt Nichols, as cousin Carmence, is a classically glamorous and debauched Franco femme fatale. A dedicated member of the Franco stable, Howard Vernon plays Uncle Howard and is as cold and creepy as ever. Other cast members of note include Jess himself, who once again plays a mute, developmentally-disabled housekeeper.

“He’s a maniac, but he’s the one who knows this mansion best,” says Uncle Howard.

Presiding over the murky supernatural happenings — drawing shapes in a notebook with her own blood — is a specter known only as The Queen of the Night (Anne Libert). Even as the behavior of her relatives becomes increasingly odd and jarring, Christina feels compelled to stay, though she is given many warnings about the haunted and uninhabited Montserrat.

There really isn’t much of a story here, but with Franco, we have to look beyond the plot. 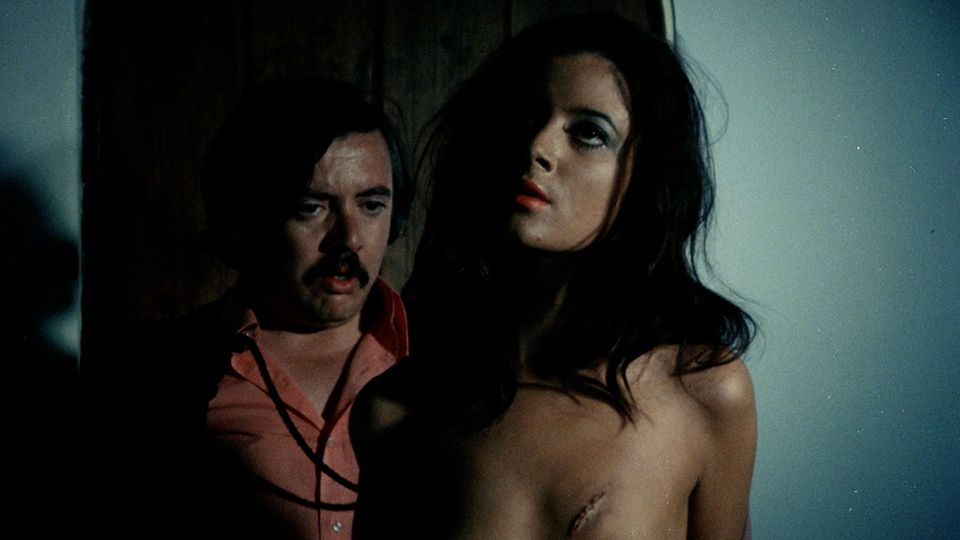 I mean, it makes enough simple sense. Girl goes to castle, loves it initially, has a sexual awakening, catches her family in the middle of a Satanic ritual, then gets slowly consumed by the atmosphere and entities within it.

The wonderful magic of this masterpiece feels like it emits from the actual film stock — as if the cameras themselves were haunted.

Rarely has the visual and sonic atmosphere of a horror movie enraptured me so much. The trancelike music, by Bruno Nicolai, is appropriately minimalistic. There’s a jaunty funk groove here and there, but predominantly it consists of nothing but a few synthesizer keys, dreamy chimes, and a solo female voice singing a simple melody.

It sets a singular mood, and as Christina is being driven to Montserrat, she describes her surroundings perfectly.

“I feel like I’m in a strange dream. Even the songs of the birds are unfamiliar to my ears. It seems like what I hear are birds of prey. Come on, it can’t be. At the bottom of a valley? These flowers, these plants, bursting with life, and yet what strange dull colors, such a troubling, unknown scent. Where are we? What is this realm of soft shadows and silence? As sad as a cemetery on an autumn morning.”

There is no better way to describe Montserrat or the otherworldly resonance this film has, like there’s some kind of gothic Franco subconscious mise en scene, even in the dense forest outside the castle. 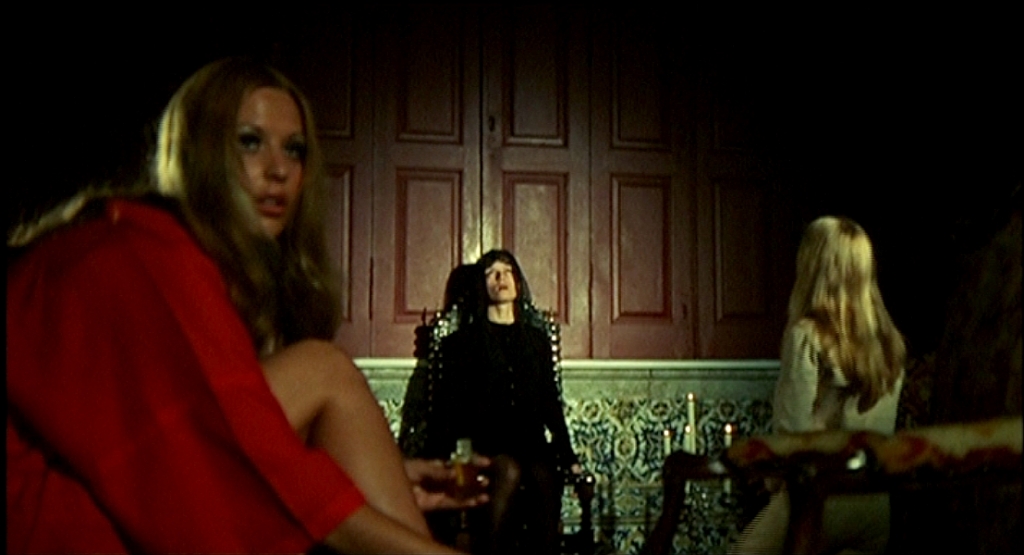 Like tarnished but dignified bronze ballet dancers, the ghosts of Montserrat are spellbinding to Christina.

This movie gives me notions of ancient loneliness, brought over by the dead, kicking and screaming, into infinity. It’s a film that haunts me. The devastating ending brings a tear to my eye.

Jess Franco pulled me into a world he never intended on releasing me from; a world of deep indigo, brightened slightly by a subtle greenish-grey like the leaves are the color of stones.

Writing about movies that are difficult to describe presents me with a rewarding opportunity. It seems like the more gory and disgusting movies I watch, the more I can detect hidden beauty inside some of them.

Of all the films of his that I’ve seen, A Virgin Among the Living Dead remains the most chilling and poetic. The first film I have seen of his that I can comfortably, and without irony, call exquisite.