Ring in pumpkin season with John Carpenter as your Cryptkeeper in an overlooked anthology that’ll get you in the spirit for the horror marathons to come. 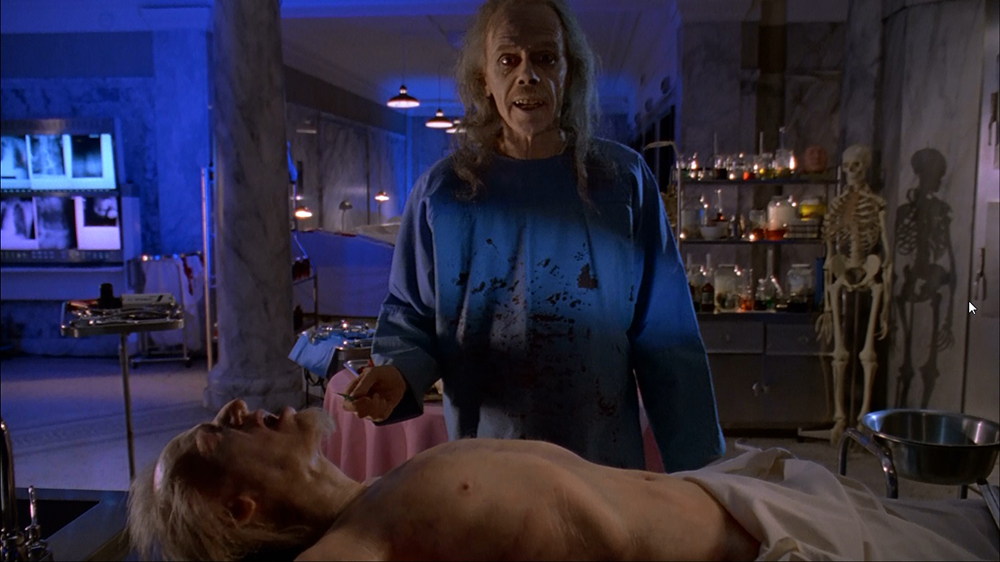 Anthology movies are like trail mix; they have a little something for everybody and one of those things is probably stale. The best ones are all about balance. The saltiness of a pretzel to numb the sugary bite of M&Ms. Bagel chips and assorted nuts provide a mild, beige canvas for bolder experimentation. There are also raisins for the mirthless degenerates. Some ingredients may taste more store-brand than others, but what matters in the end is the complete, crunchy bouquet.

Body Bags is top-shelf, gas station trail mix. The kind you wouldn’t go out of your way to buy, but the second you see it, you realize how tragically long it’s been since last you’ve known its granular delights.

Part of that is the pedigree. As the first title card hints, Body Bags was originally produced as a pilot for Showtime. As the rest of the movie screams, Body Bags was specifically Showtime’s return fire to HBO’s Tales from the Crypt. How do you take on what’s still the gold standard of small-screen anthology horror? 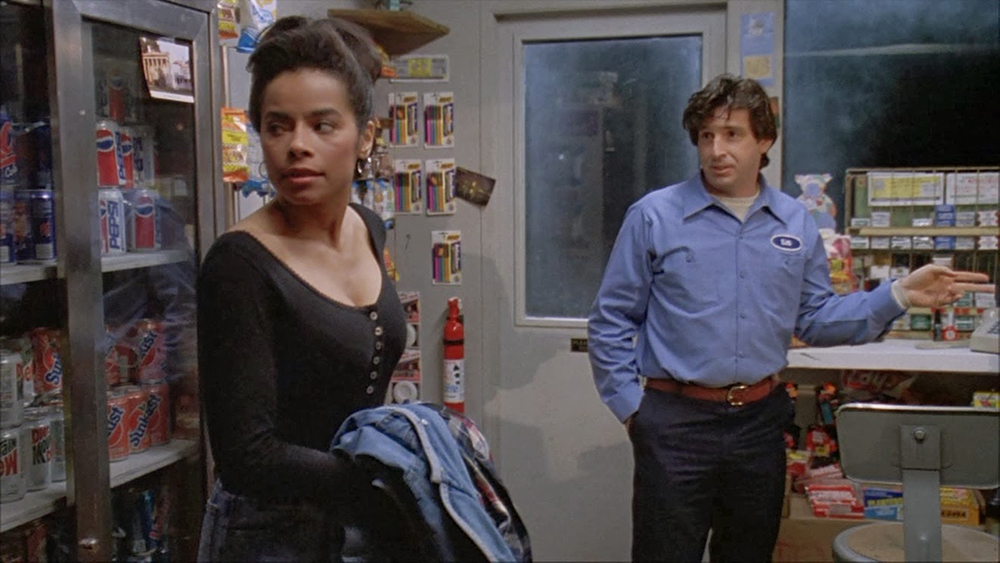 You enlist John Carpenter and Tobe Hooper behind the camera, and they enlist some fellow Masters of Horror in front of it.

The first segment, “The Gas Station,” is straight, unleaded Carpenter, opening with radio reports of yet another murder in sleepy ol’ Haddonfield. This killer’s a lot less theatrical, though. Just your bog-standard machete guy. Trouble is, he’s still at large And Anne, our unlucky college student of the hour, is clocking in for her first night at a remote gas station just down the road.

Anne’s shift quickly (we’ve only got 30 minutes, remember) turns into Agatha Christie by way of Jason Voorhees. Which of the equal parts eccentric and unnerving customers is the madman? Whether or not you figure it out first, Body Bags throws enough guest stars at you to at least muddy its tracks.

Could it be Wes Craven, director of Nightmare on Elm Street and Scream, here disheveled to the point of monochrome with a lecherous sneer that does the impossible and weaponizes his art teacher warmth? Or maybe David Naughton, the American werewolf in An American Werewolf in London, who grew up in Haddonfield and knows a great bar he wouldn’t mind showing Anne another time? Or the most dependable bum in cinema history, George “Buck” Flower, who just wants the key to the bathroom? Or perhaps latter-day Carpenter stalwart Peter Jason as the patron saint of used car salesmen? 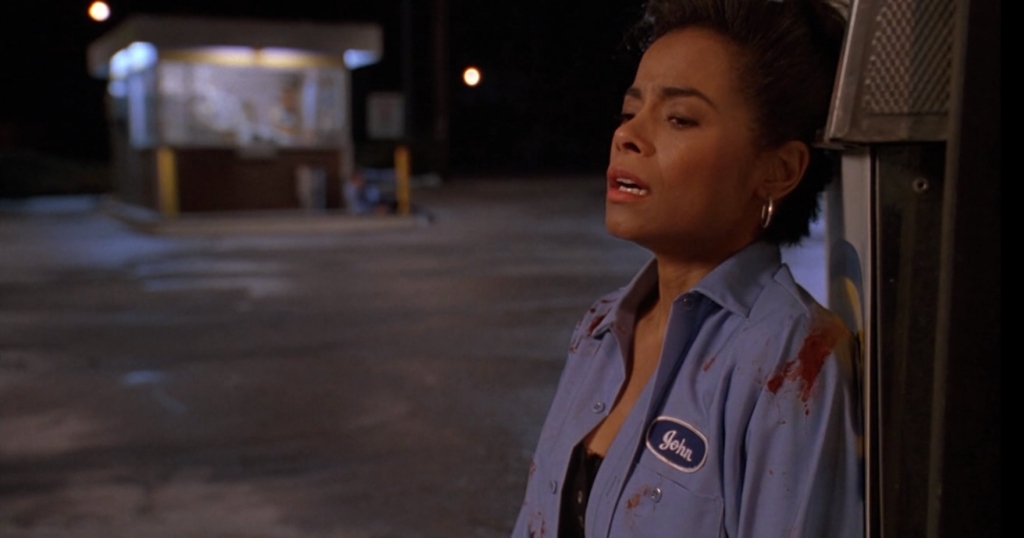 It’s nice to just see them, let alone consider the exciting possibilities of each on a hacking spree in scenic Haddonfield.

If half the fun is in the familiarity, the rest is in the tension. Doesn’t take much empathy to appreciate the plight of an attractive college student stuck in a glass box before an unending line-up of late-night weirdoes. But another latter-day Carpenter stalwart, cinematographer Gary Kibbe, makes the isolation especially unsettling. Despite the director’s avowed passion for the anamorphic frame and equally avowed disdain of anything else, “The Gas Station” benefits from the extra real estate.

Anne’s office turns into her own private fish tank, with as much fragile security as the regulation-size variety. The unyielding darkness doesn’t just stretch past the gas station, but hangs over it like a black proscenium. Whatever world exists a mile in any direction, it’s a psychological (and budgetary) pipedream. All that matters is our little drawing room mystery with a Love Boat’s supply of familiar faces and an admirably bloody finale.

“Hair,” Carpenter’s other segment, fares worse without the usual black bars. Of the three stories, it feels the most like mid-90s cable. Stacy Keach plays a man who sees depressingly little difference between balding and plain bald. The twist-in-the-tail is creepy in an itchy kind of way, but it’s played for black comedy instead of chilled bones, fish-nor-fowling a very E.C. Comics premise that could’ve been funnier or scarier if it picked a lane. 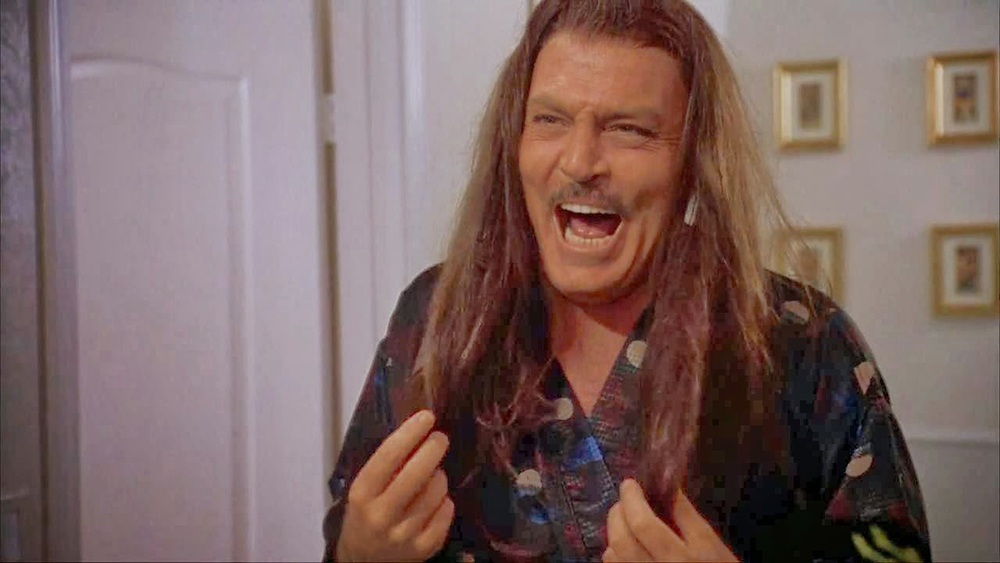 That said, Keach saves the day.

There’s something hilarious and tragic about watching a guy that looks like Stacy Keach, built like a turn-of-the-century wrestler and blessed with a voice like polished gravel, who happens to be fooling around with 80s pop sensation Sheena Easton no less, fall to absolute pieces over a receding hairline.

The scenery damn near begs to be chewed by a man like that. But in a wise move between actor and director, Keach plays it absolutely straight. No ham here, even if there is the faintest scent of pork when he does his best Conan The Barbarian in front of the mirror with his newly flowing locks. And who amongst us would not?

What could’ve been a showboating ball of neuroses turns into a convincing portrait of fickle male vanity, of the guy who has it all but hair, and wants nothing else. The rest of the cast, namely an effortless David Warner and unnervingly seductive Debbie Harry, make “Hair” an easy enough watch. But it is ultimately a palate cleanser for the most interesting of the trio.

Tobe Hooper’s “Eye” finds a minor league pitcher losing his eye, career, and mind in a single car accident. Not all at once, though. 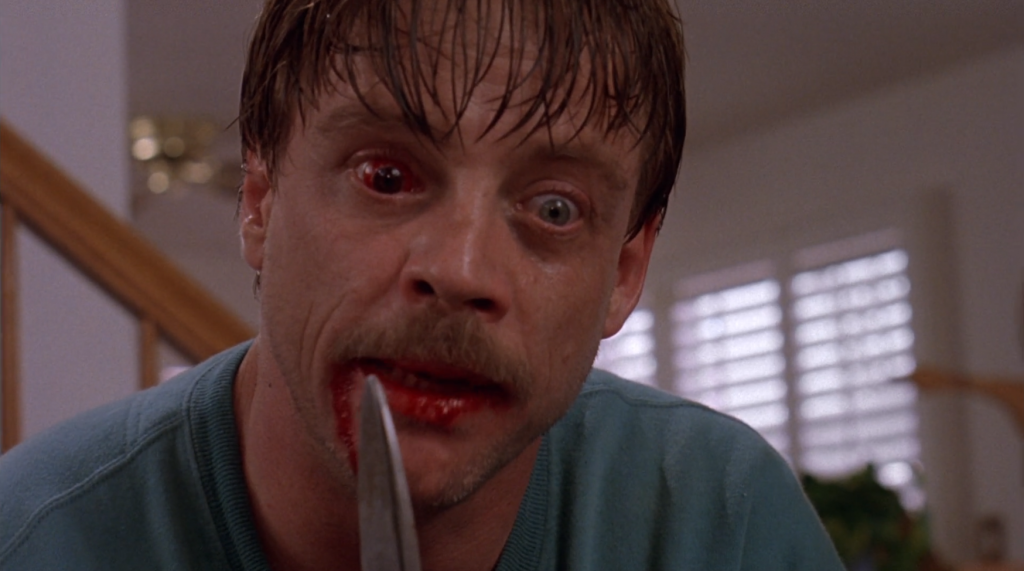