Now that summer’s here, trip taking is inevitably what many people will be doing, including readers of this website. With that said, here are two book series every strange, Morbidly Beautiful individual should look into when planning their trips this summer. Note, however, that for the most part both these series will focus almost exclusively on the United States. 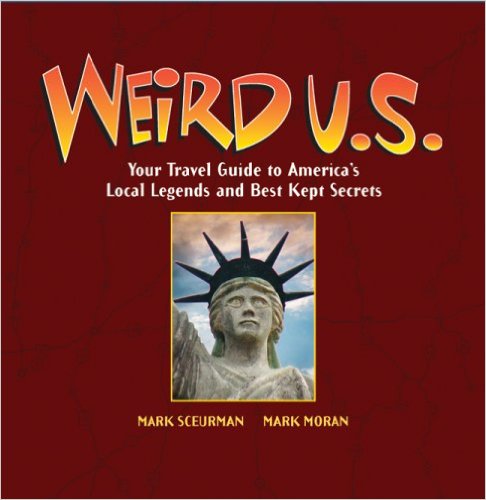 This series of books grew out of a newsletter started by the series creators, Mark Moran and Mark Sceurman detailing the weirdness of New Jersey. Since then it has blossomed into a series of delightful and weird filled books covering almost all 50 states (there are still some in the works I believe), as well as branching out across the big pond to England. In addition to the individual state books, there’s also a compendium called Weird U.S.: Your Travel Guide to America’s Local Legends and Best Kept Secrets.

The books are split into numerous sections (not all, but the majority of which, will be of interest to readers of this website). These sections include: Local Legends and Lore; Unsolved Mysteries and Unexplained Phenomena; Fabled People and Places; Bizarre Beasts; Local Heroes and Villains; Personalized Properties and Visionary Environments; Roadside Oddities; (my personal favorite) Roads Less Traveled; Haunted Places, Ghostly Tales; Cemetery Safari and Abandoned in (whatever state the book is about).

It should be noted that there are a good many places covered in these books that are not accessible to the general public, or which are private property. So before planning your trip around certain places in these books, make sure first that it’s legal to visit them. If not… DON’T! There’s plenty of places that can be found in this series of books, or in the next series, that you can visit without trespassing or running the risk of getting arrested while on vacation.

Note: This writer and Morbidly Beautiful take no responsibly for the actions of those individuals who do not head the above warning and end up trespassing on private property.

Lastly, Weird U.S. also ran as a TV show for a single season, airing from 2004 to 2005. You can check out the Weird US TV YouTube channel to watch segments from the show, like the one below on Mothman. 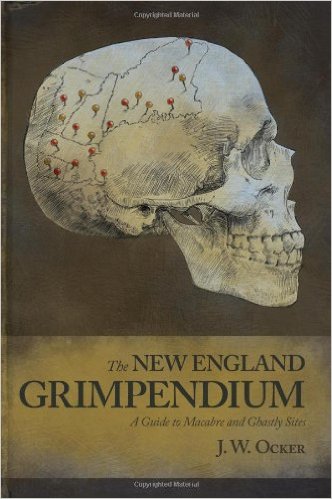 This is a series of two books detailing spooky sites in New England and New York, The New England Grimpendium and The New York Grimpendium: A Guide to Macabre and Ghastly Sites in New York State. Both books are personal travelogues of the author’s visits to deathly sites in the regions and both won Lowell Thomas Awards from the Society of American Travel Writers. 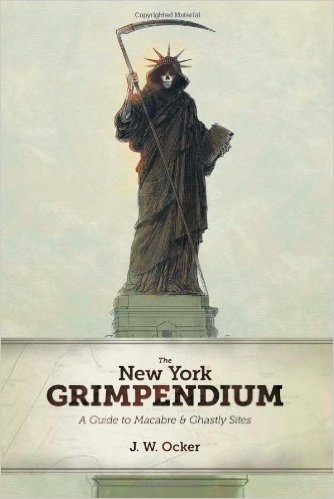 There’s also a companion book in the series titled Poe-Land: The Hallowed Haunts of Edgar Allan Poe. As I’m sure you can guess from the title, this book is dedicated to the various places around the United States and England associated with the author of such strange and morbid classics as The Raven and The Fall of the House of Usher. Poe-Land won the 2015 Edgar Award for Best Critical/Biographical. 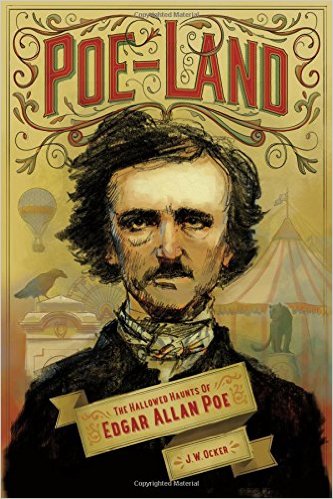 All three are written by J.W. Ocker, who is also the author of the acclaimed grim travel blog OTIS: Odd Things I’ve Seen (Oddthingsiveseen.com), where he writes about his visits to oddities of nature, history, art, and culture. If you’re planning a trip, this is another great resource to help you scope out some of the more wonderfully weird and interesting sites in the area.

That’s all for now! If you wish to purchase these books, I’ve included links to each title on Amazon within this article. If you prefer not to purchase them, your local library will most likely have them in their collection…or can order them from another branch considering their popularity.

Until next time dear readers, stay tuned and stay scared!