It’s that time of year to start preparing for your Summer vacation. But beware! These 13 horror films prove you may be better off staying home. 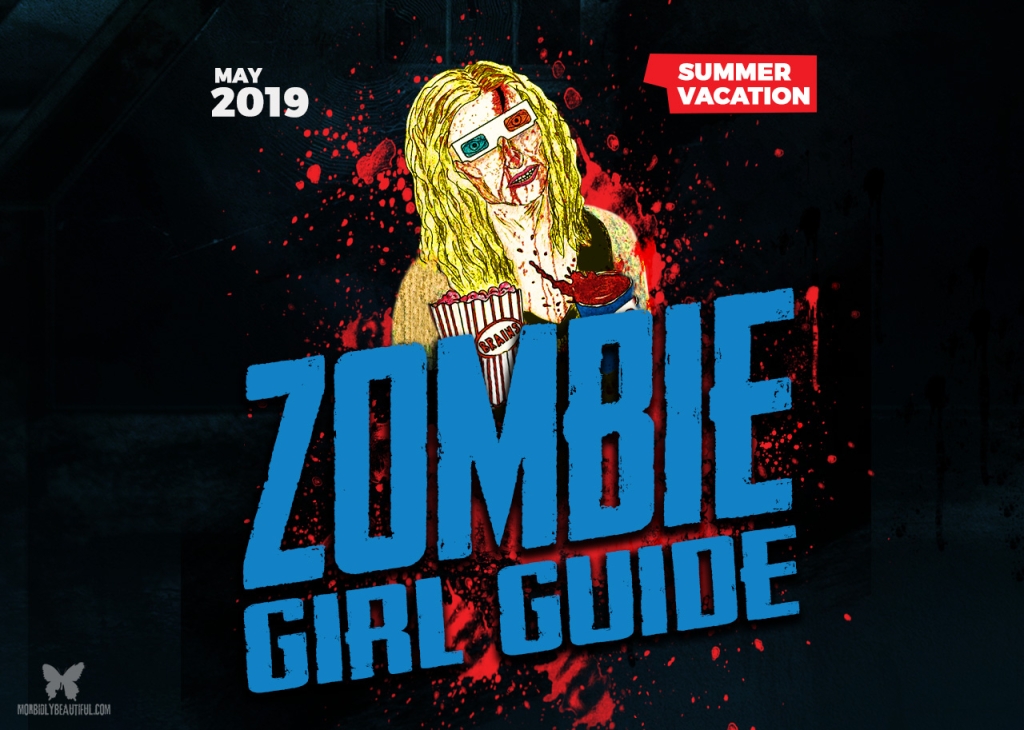 It’s almost summer! Time for sun, fun and travel. As a horror lover, I have a crazy list of scary films that I can vicariously go on a summer vacation with, any time of year.

Oddly enough (to me, anyway) I know a lot of people that are afraid of going on vacations; the fear of the unknown, I suppose. The vacation from hell horror films exist to entertain, but also to show us the dangers lurking around every corner — and why we probably should stay home in the safety of our little cocoons. Who knows how many bad things almost happen to us, and we are just plain lucky?

I look at horror films as a reminder to pay attention to my surroundings, to avoid walking down dark alleys, to never be alone in strange places, to research my destinations; basically, try not to be a victim. But many folks are just more comfortable staying home. So, if you can’t (or are too afraid to) go anywhere this hot sultry summer, I hope that at least you can enjoy vacationing in Zombie Girl fashion.

Here are thirteen adventures off my long summer vacation horror list, in no particular order of importance. Please enjoy them, and have a good trip, but don’t forget to wear sunscreen! 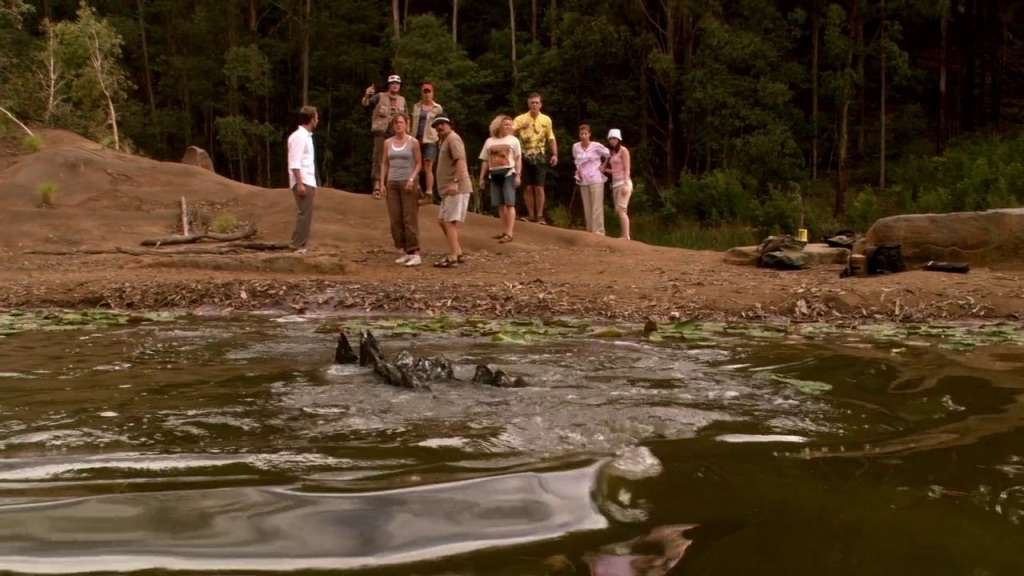 What’s it about?  Rogue is the tale of a group of tourists in Australia who embark on their version of the famous 3-Hour Tour, (You remember Gilligan, right?) whose vacation is ruined when they are stalked by a man-eating crocodile.

Do you like summer boat rides? Do you adore hot weather and giant reptiles? Then this is the film for you. The film was directed, written, and produced by Greg McLean who also gave us the brutal Wolf Creek.

Rogue was inspired by the true story of Sweetheart, a giant male saltwater crocodile that attacked boats in the late 1970s. Though unlike the film, in real life Sweetheart was never responsible for an attack on a human. The crocodile in the film however is ruthless. 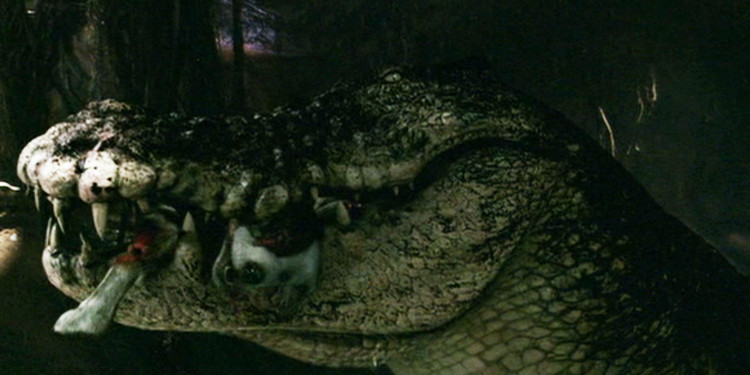 Rogue received positive reviews from critics and fans alike but was a sadly a huge commercial failure. This film is a lot of fun, has decent cinematography and the acting is pretty darn good. Even if they are textbook, I liked the characters and the story was well written. I think it’s one of the best of the crocodile horror genre. (Is that a thing?) I really enjoyed the SFX that brought the giant critter to life and of course all the practical gore. The crocodile was scary and not shown too much, which is a good plan with creature films. The less we see them, the scarier they are.

I have always wanted to visit Australia, but if the crocs get that big, and with the fearless Crocodile Hunter Steve no longer around, I may have to skip the boat and/or cave tour to stay on dry land. (Spoiler Note: There is one death that I wish they could have done without. Furry animal lovers beware.)

What’s it about? Three backpackers head to a Slovakian city that promises to meet their hedonistic expectations. With no idea of the hell that awaits them, the boys find out the hard way that their decision to stay at a hostel is a bloody and gruesome mistake. They soon find themselves kidnapped and preyed upon by a mysterious group that tortures and kills unsuspecting tourists.

Summer is the time for a backpacking trip to Europe! Pack your bags, buy your tickets and get moving. I feel like this film is what every parent of a teen on a summer vacation envisions in their nightmares. Hostel really goes there and then some. 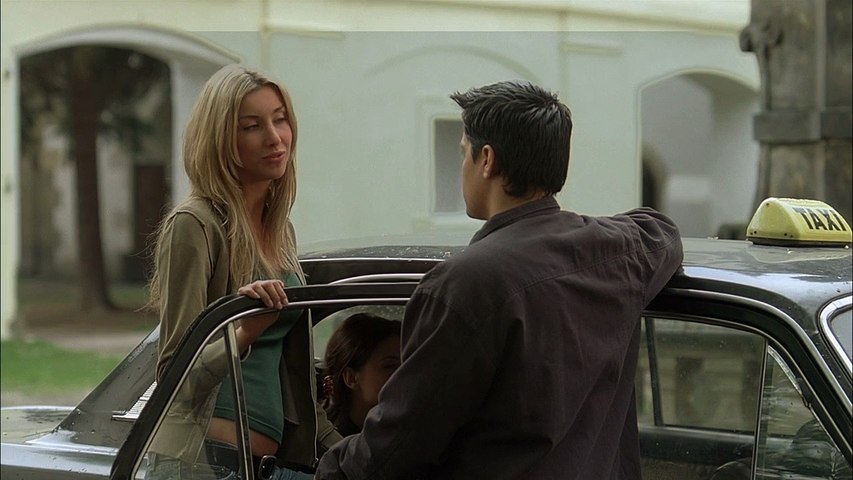 I know torture is hard to watch, but this film does it horrifically well and even has quite a sense of humor. Hostel is absolutely, only for a specific gore loving audience. Eli Roth wrote and directed this bloody gem, and despite all the violence it is a movie that will stay a horror classic. Even with all the blood and guts, the story is well written, and all the cool scenes shot in Czech Republic add to the ambiance.

I love the abandoned hospital in Prague where all the bad shit happens, it was perfect. Just for the record, it has not kept me from traveling to Europe, if anything I want to go there more. I’m not afraid! I can’t wait to do a tour of this area again someday soon!

What’s it about? When a couple decides to go on a getaway to a peaceful island in Mexico, they are surprised to find the streets empty. Little by little they realize the adults are all dead and the children have killed them all. They are next unless they can do the unthinkable. Can they kill the children stalking them, to save their own lives?

Mexico has the reputation (well deserved) as being a beautiful place to forget your troubles, have a drink and relax. So, it’s the perfect place for a vacation. Usually though, there are not hordes of children wanting to chop you up and play