Ten Things Every Horror Fan Should Do (Part One)

There are numerous lists out there written by various people for various outlets that cover 10 things every (blank) should do, including a few for horror fans. However, while many of these lists are meant solely for the individual alone to explore, this list is not just for the singular horror fan, but for the horror fan and the horror community.

Like any fandom, industry, subculture, culture, lifestyle, etc. it is up to those participating within to insure the community, industry, fandom, etc. continues to grow, evolve, and stay healthy, supportive and strong.

It’s only fair considering what the fandom gave you as an individual, whether it be entertainment, escapism, a way through a difficult time, friends, family or even an identity. If you as a fan, or member of any community, or industry, wish to see what you love thrive then you (as a horror fan in this case) owe it to yourself and the genre you love to do these ten things before you yourself become one of the dead.

Note: this list is in no particular order as I see ALL of these as equally important.

1. Attend a convention, stop to talk to venders, and take a chance and buy at least five items 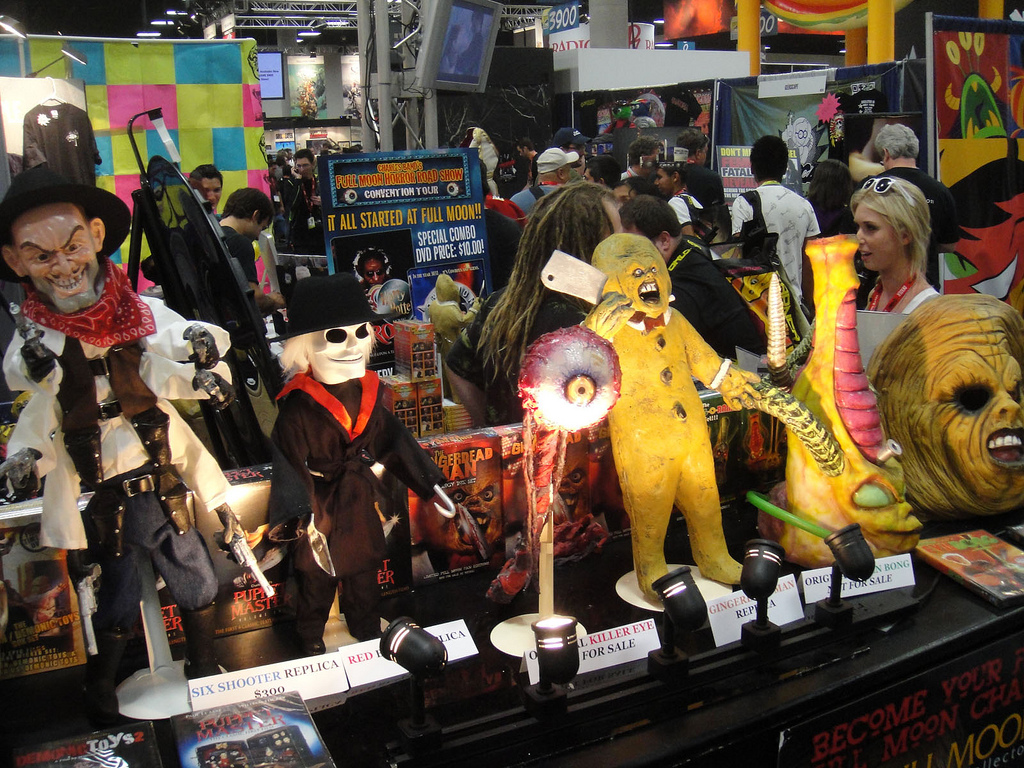 All right, this first one is kind of a three in one (like many of the ones on this list), but to start with as a horror fan you should definitely attend a convention. However, when attending I urge you to stop and talk to the vendors and artists, spend a minute or two at their booths and maybe chat a little. Then, if something catches your eye, take a chance and buy it! This rule especially applies with independent artists, creators and filmmakers with original concepts. Many of these people are taking a huge risk paying the cost to set up at a convention, with the likelihood they won’t make their money back. Reason why? They have yet to prove themselves, or are in the beginning stages of doing so. Also their creations are unique to them or the people they have collaborated with, they’re not based on any pre-existing popular franchise (think Friday the 13th, Nightmare on Elm Street, etc.).

But then, the question remains, what should you buy? Personally, I would recommend taking a chance and buying at least five things. Buy at least one relatively expensive item (a special edition book, a signed and numbered copy of an indie film, an original piece of art, etc.) above $20.00; two items between $10.00 and $20.00 (films, books, t shirts, toys, small art pieces, or a print etc.); and two items between $5.00 and $10.00 (an individual comic issue, a coaster maybe, something small). I would set aside a specific chuck of your horror budget for this purpose when going to conventions, and save whatever you don’t spend for the same purposes next time you get a chance.

I would also recommend, if you’re not going to buy anything, take a pamphlet or business card if available. Don’t see one? Ask for one. They may have forgotten to set them out, or have a few in their purse or wallet. Doing this I always feel shows a sign of respect and helps build confidence in the vendor, plus it may allow you to look at their work again and maybe give you a chance to buy something you had been on the fence about purchasing before. 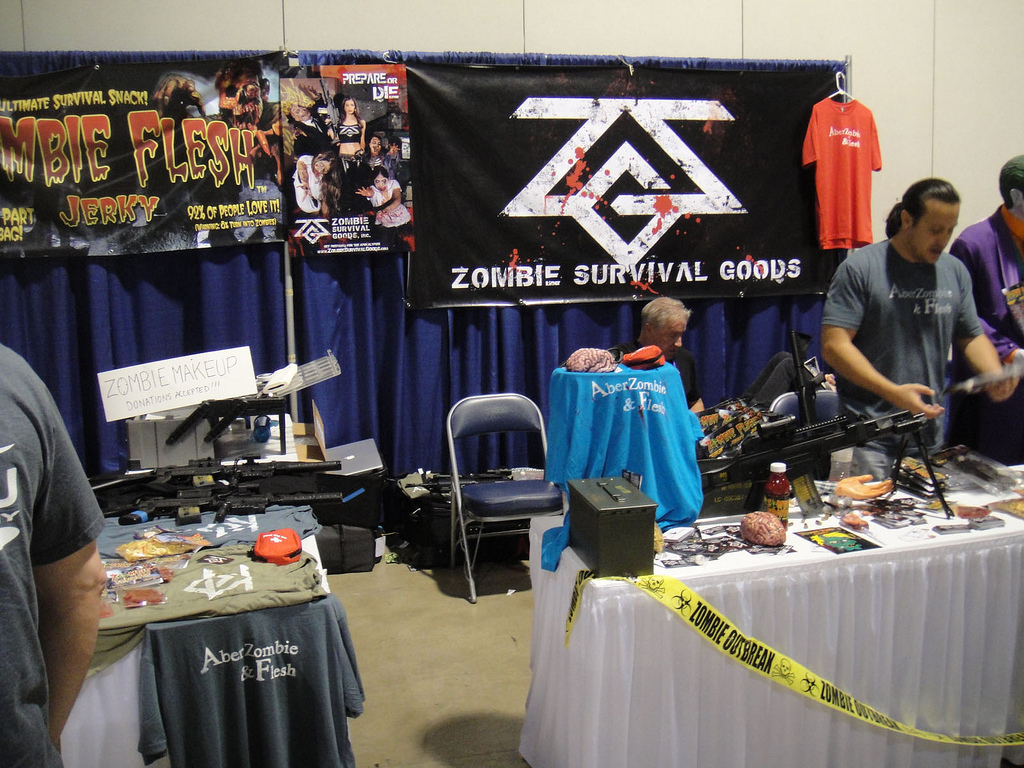 Lastly, one good thing always to buy (if available) would be a t-shirt, patch, or sticker (stickers are often free, but not always) of the company or artist — — that way your promoting their work for free. As you’ll see repeated in this list, indie, horror and original horror are going to be a common theme. Supporting these artists, creators and their endeavors is one of the best ways to ensure the horror community continues to grow and evolve. By supporting original ideas and concepts (not based, or not wholly based on pre-existing franchises) that serve to push the genre in new directions, you could directly or indirectly be giving a start to the next horror luminary. 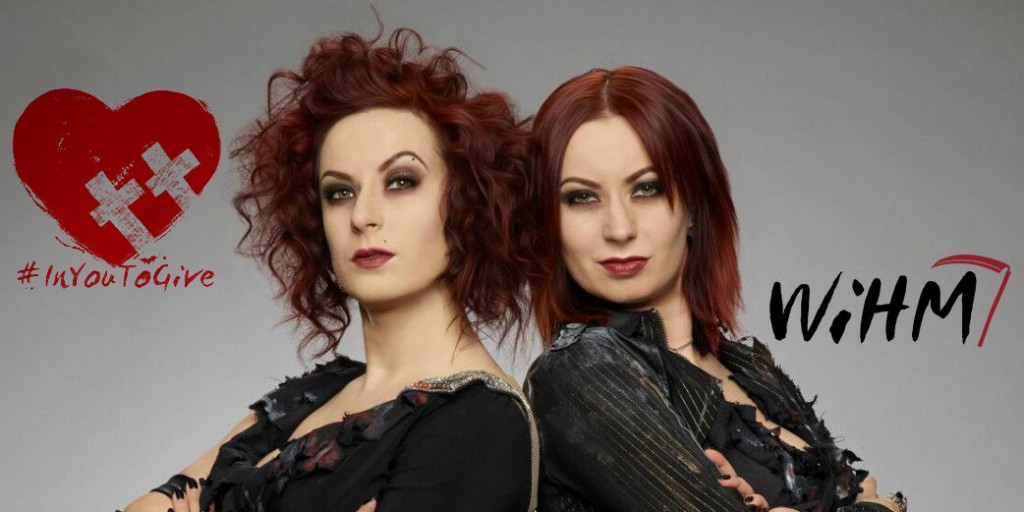 One of the things commonly cited and used to criticize the horror genre, community and industry is the lack of women — specifically strong women (we’re not talking about slasher stiletto fodder) — most notably (but not exclusively) in film (characters in films, directors, creators, writers, etc.) For many years, horror has been a male dominated community and industry, with veins of misogyny running deep throughout its various forms and mediums.

That’s not to say it’s still a male dominated community. Go to any convention, or read about the target audience of most horror films right now, and you’ll see that women are just as much into horror as men (maybe even more). For example, an awesome (and perfectly creepy) looking film currently seeking funding on Kickstarter, Impossible Things co-written by AI (Artificial Intelligence), predicts that the film will be most popular with women 25 and younger.

By supporting and promoting women in horror month via your personal social channels (such as Facebook and Twitter) you can help aid the visibility and empowerment of women working within the genre on all levels and in all fields, hopefully paving the way for more women to enter the genre and leave their mark (not just as slasher sushi).

3. Support and Promote Diversity within the Horror Community, and in doing so Create a More Culturally Rich and Socially Accepting Community and Industry 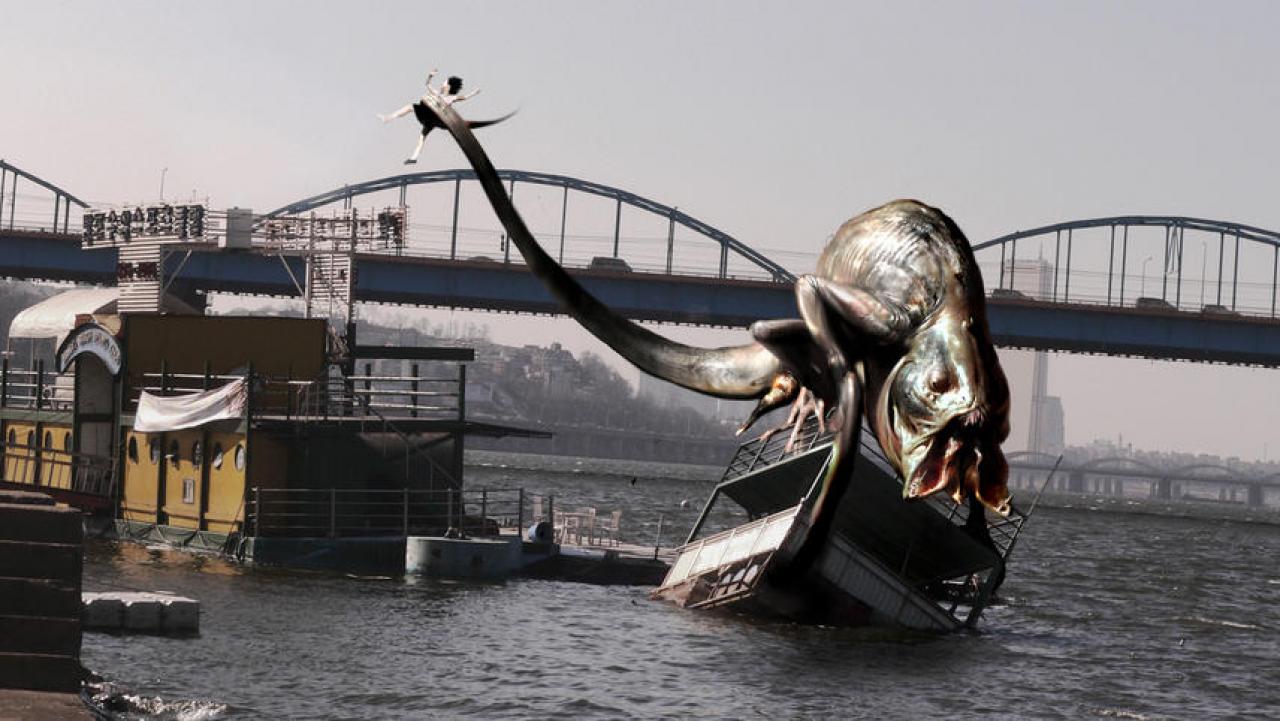 Supporting and promoting diversity and social acceptance — be it cultural, ethnic, sex, sexual oration, gender identity, etc. — in the horror genre is key to preserving and strengthening the genre creatively, as well as the global community built around it. A genre, community and industry that is culturally rich and socially accepting and promotes diversity is a genre, community and industry that will weather the tests of time and more easily overcome the obstacles it will face.

In the case of horror, this is especially vital. Horror as a whole is part of our global fabric and identity. But those who openly display support or love for the genre are greatly ridiculed even today. Horror as a genre is still very taboo to many by the very nature of the material and concepts that it’s built on. So it’s not surprising that a vastly misunderstood and misrepresented genre would also have a vastly misunderstood and misrepresented community.

By creating a more socially accepting and culturally rich community, we show the world that we are not monsters… we only love them. 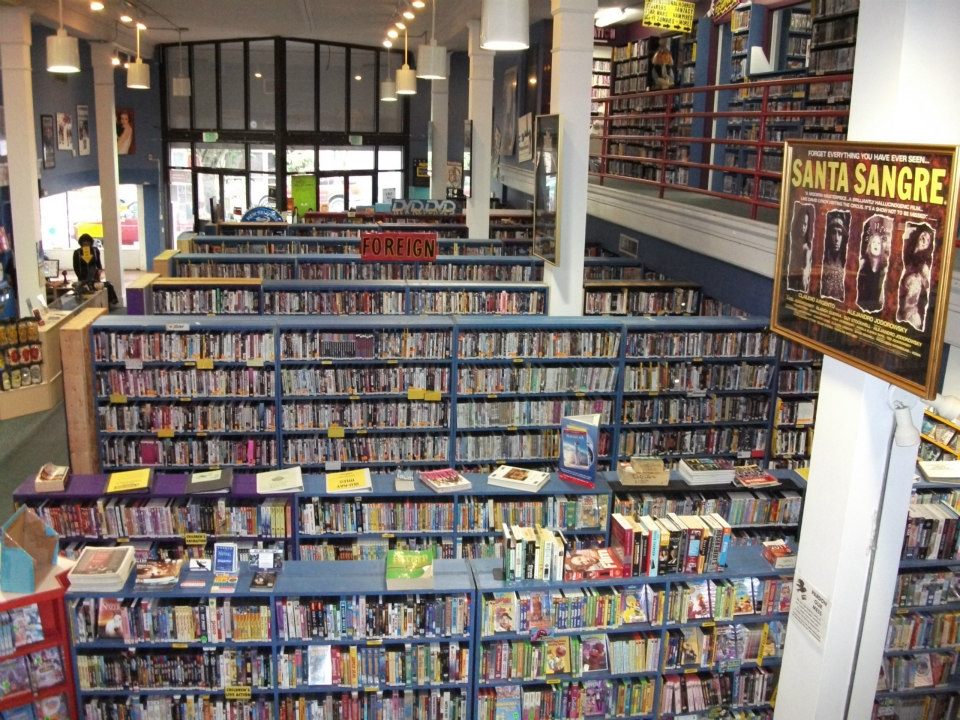 You can support and promote a culturally rich and socially accepting genre, community and industry by going out of your way to discover and share (via your friends and social channels) horror from countries other than England, the United States and Japan. You should also seek out horror created through a lens other than that of the typical white male, in any and all forms of media (be it film, literature, comics, art, music, etc.) By doing this, you can learn how other countries, cultures, ethnicities, sexes, sexual orientations and gender identities translate their fears and anxieties.

I recommend every time you go scoping for something new to scare you that you set aside part of your horror budget for frights that are foreign, or that are from different perspectives other than the one you’re accustomed to. 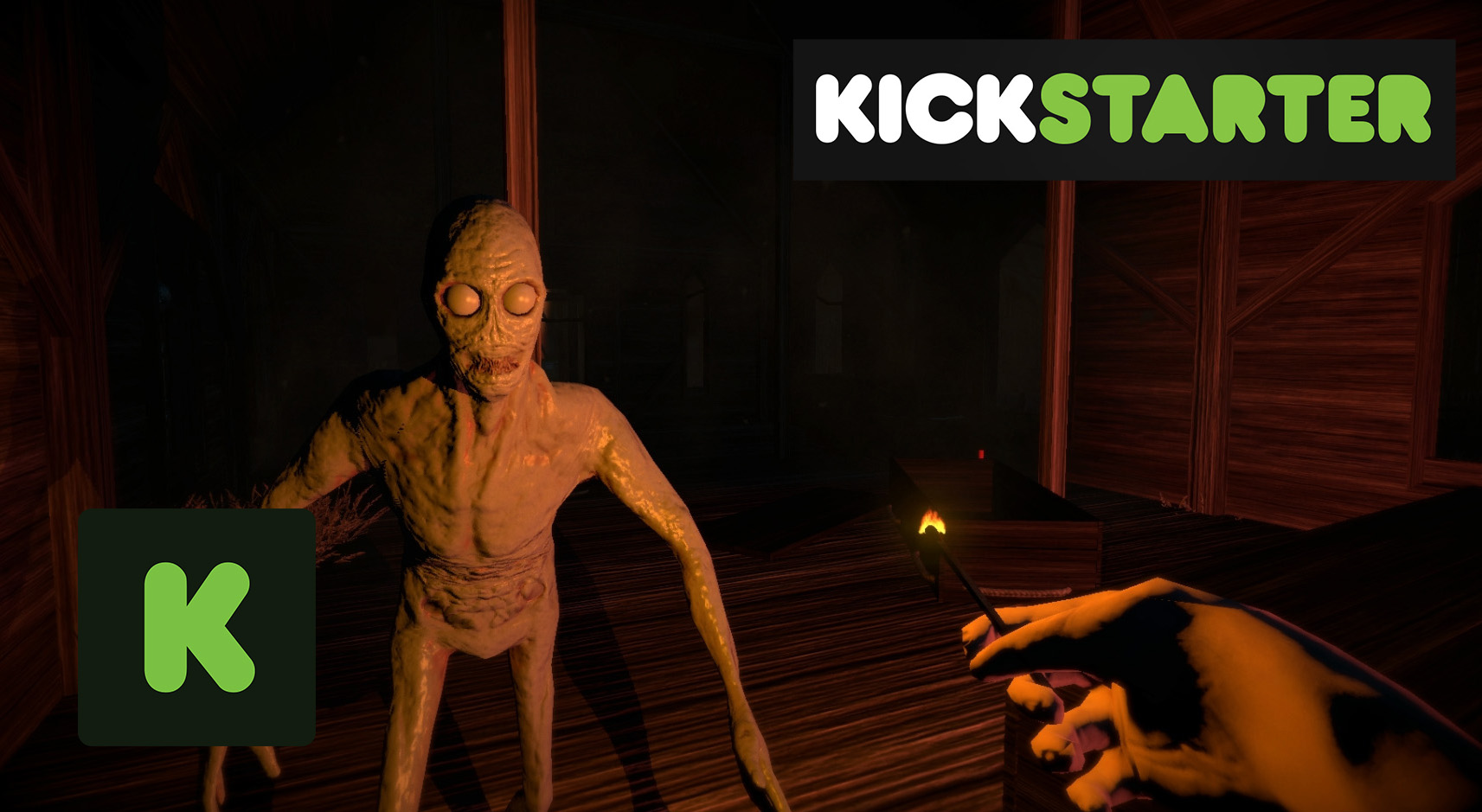 I can’t begin to count all the crowdfunding campaigns just in regards to horror (specifically original horror) that show promise, but whose goals are never reached (or even close to being reached) or are never given a chance. Meanwhile, big budget studios crank out crap devoid of chance, substance, innovation, or originality — leading the collective horror community and industry to groan audibly like so many zombies or Frankenstein monsters.

Many horror fans lament the current state of big budget horror and horror in general, bemoaning its fate and seeking solace only in the past. They write off all new horror films and projects, regardless of size or budget, using the films they grew up with as a security blanket. This is NOT the answer.

If you as a horror fan want to see change, if you want to see the genre evolve or get out of its rut, then support original indie horror.

One of the best ways to do that is via crowdfunding. Like the money you set aside for conventions and foreign horror (and horror from different perspectives), set aside some of your horror budget to bring new terrors to life via crowdfunding. You never know… what you just pledged $10.00 to help support could go on to become a genre defining film, book, or publication. And you could be the horror hipster proudly proclaiming you supported it, saw it, read it, before it was cool.

5. Attend a Film Festival not just for the Replaying of Classics and Old Favorites 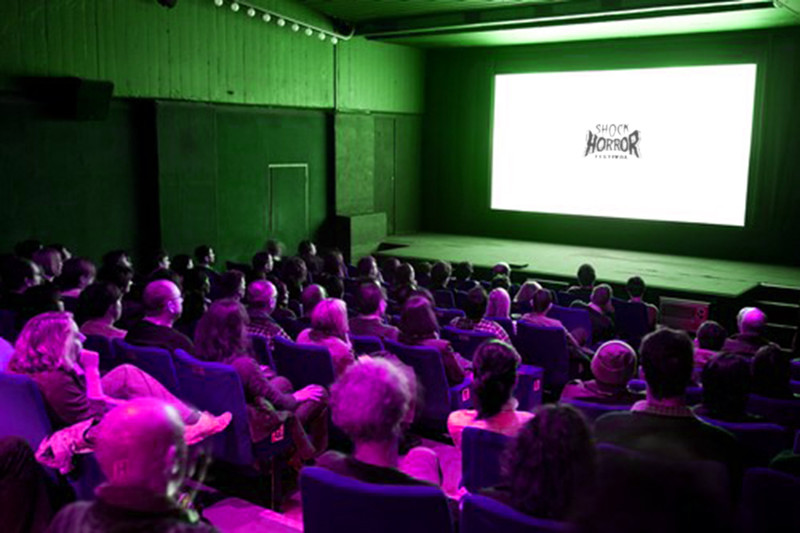 Film festivals are wonderful events to go to. There, you can see on the big screen some of your most cherished chillers that may not have seen the big screen since initial release (or not at all). But film festivals (specifically film festivals showing or centered on horror) are a great way to discover new favorites from up and coming talent within the genre/industry. They’re also a great way to get a feel for what current trends and anxieties are most prevalent in horror films.

Additionally, film festivals are a great way for horror fans and creators to get together, network, share ideas, and strengthen bonds and connections. Lastly, they are a great way to see some of the aforementioned foreign horror (and horror from varying perspectives) on the big screen, as well as horror films that you may not have otherwise been exposed to, serving to broaden your scope.

That’s all for part one! Stay tuned for part two in my next post where I will cover five more things every horror fan should do for themselves and the horror community!