Score big at your next movie night with this triple-header of horror sports movies — all with enough fun and originality to make you cheer.

There’s something almost universally captivating about sports movies. Maybe it’s the against-all-odds triumph we’re so drawn to. Or perhaps it’s the enduring spirit of teamwork and a sense of family that really resonates. Others may enjoy the thrilling scenes of nail-biting tension. Whatever it is, it’s a formula that really works. And combining this winning formula with other genres, like horror, only serves to ratchet up the entertainment value.

The following three films combine elements of humor, action, horror, and sports in memorable ways. Now, this isn’t a list for fans of high art. These sports films are often cheesy and are far more silly than scary. But each of these is wildly fun in its own right. It’s a triple feature of creativity, spirit, and plucky underdog tenacity that will make you stand up and cheer. For young people who didn’t come of age in the 80s and 90s, mentioning the name Teen Wolf likely conjures up thoughts of the supernatural teen drama series developed by Jeff Davis for MTV, in which a young werewolf must defend his hometown from supernatural creatures and other threats. A film continuation of the show, Teen Wolf: The Movie, is scheduled to be released on Parmount+ later this year.

You may not know that the popular show was loosely inspired by the 1985 coming-of-age fantasy film of the same name.

Teen Wolf was directed by Rod Daniel and starred (the ultimate teen idol at the time) Michael J. Fox (Back to the Future). Fox played Scott Howard, a typical high-school student whose ordinary life is turned upside down when he discovers he’s a werewolf. And this werewolf also happens to be a basketball superstar.

No bookmaker offering odds on any NBA game would bet on a teen-turned-monster-turned-hometown-hero.

But Teen Wolf is a great bet for those looking for a funny, feel-good, monster movie-inspired classic from the 80s. 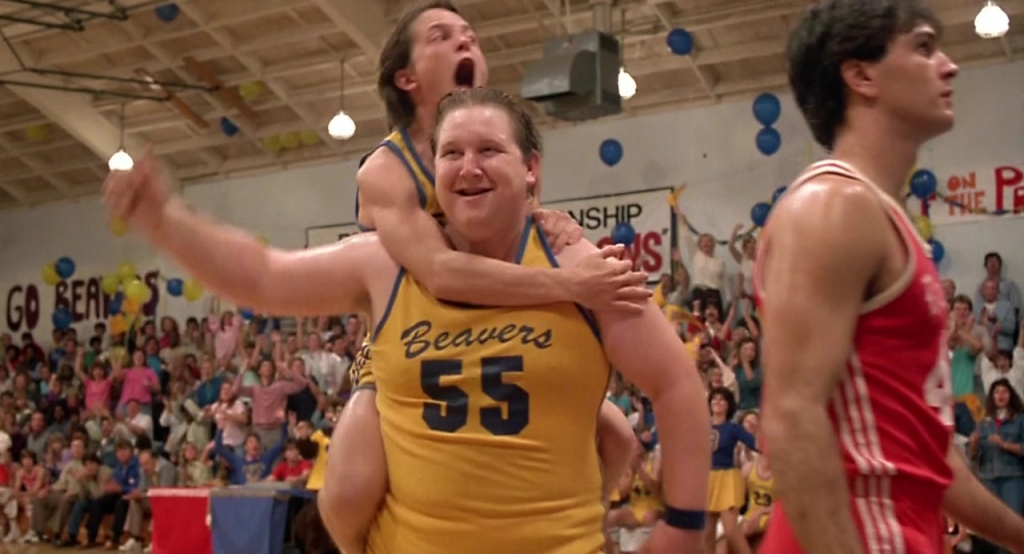 Scott is sick of being average and dreams of dating the most beautiful and popular girl in school. But she’s dating the hunky Mick, a star basketball player for the Dragons. They are the rival team to the Beavers, the lackluster basketball team Scott plays for. In an unexpected turn of events, Scott transforms into a wolf — a genetic ‘curse’ inherited from his father.

Rather than seeing it as a curse, Scott embraces his inner wolf — as does the entire school.

Playing in his wolf form, he helps the Beavers win their first game in three years. What follows is a hot winning streak for the team, with the wildly popular “Teen Wolf” as its star attraction. Eventually, however, the fame and popularity go to Scott’s head, changing his lovable personality and alienating him from his friends, family, and teammates — all of whom now take a considerable backseat to their team’s star.

Though it’s not really horror, the film is a delightful subversion of the popular werewolf trope, and it’s pure 80’s charm — with a memorable ending eminiscent of all the best “plucky little underdog” sports movies that give us all the feels.

Watch it for free on Tubi or Prime Video. Battlefield Baseball is a 2003 Japanese film directed by Yūdai Yamaguchi — known for his mix of goofy gore and a penchant for weirdness. It was written by Gatarō Man and based on his manga series of the same name.

Like Teen Wolf, we get a healthy dose of comedy, which blends in nicely with the element of fear delivered via a high school baseball team that takes on a team of the undead. In fact, Battlefield Baseball is a wild mix of several genres, mixing a martial arts action film with the formula of a sports film and the gory violence of a horror film.

The film skewers the sport of baseball, which is wildly popular in Japan and one of the most popular high school sports. It opens with the lines, “This movie is dedicated to all those who love baseball.” Surprisingly, however, there’s not much actual baseball in the film.

In pure Yamaguchi form, the plot is baffling and often incoherent.

But that doesn’t keep this blood-soaked comedy from being a home run when it comes to entertainment value. 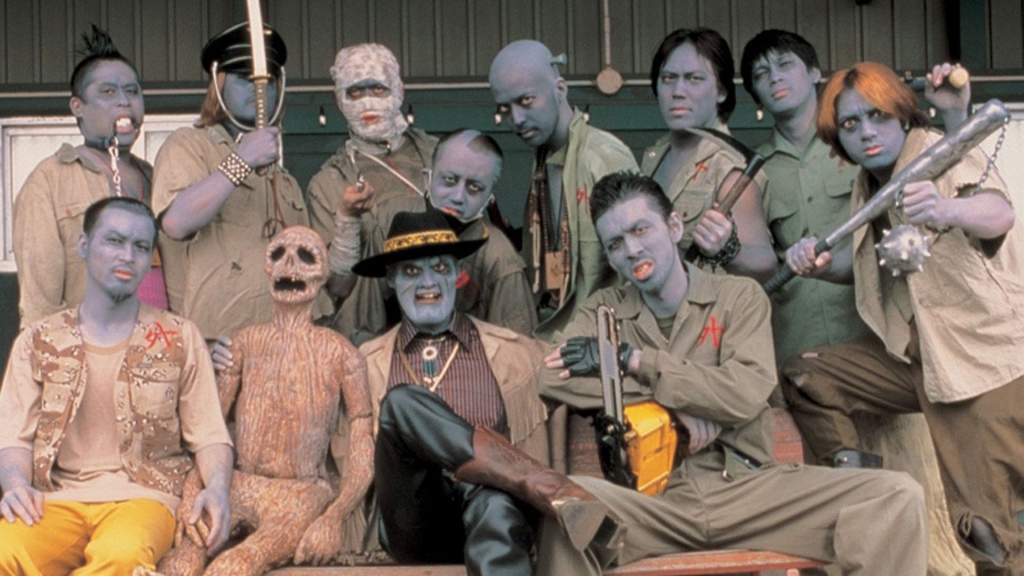 Seido High School has a chance to play in the legendary Koshien Stadium Tournament for the first time in years, thanks to star player Gorilla Matsui. However, their spirits are dampened when they learn their first game will be played against the Gedo High School, infamous for brutally killing all their opponents.

Eventually (telling you how would sound insane because, well, it is insane), a group of zombies, cyborgs, a cheerleader, and a player’s mom team up to defeat Gedo. There’s a poison-injecting baseball bat, a strange narrator, and a chaotic ending.

It wasn’t a huge hit upon its release, as many couldn’t get past the film’s ludicrous, nonsensical plot. It’s strange…intentionally so. And that weirdness has helped it develop a bit of a cult following over the years.

You can watch this one on YouTube with English subs. Murderdrome is a 2014 Australian horror sports film that mixes things up by focusing on a lesser-celebrated sport, roller derby. It was directed by Daniel Armstrong in his feature film debut.

Combining all aspects of his favorite movie genres, Armstrong coined the term Neo-Pulp, describing it as “lovingly embracing the most extreme, cliche, and supercilious elements of pop culture and pulp literature and putting them in a human context… It’s not a spoof, it’s not horror, it’s not action, it’s not sci-fi, it’s not drama. It’s all of these things. It’s neo-pulp.”

Muderdrome centers around Cherry Skye, a competitive roller derby star. She falls for a boy named Brad, much to the ire of Brad’s ex-girlfriend — and Cherry’s roller derby rival — Hell Grazer. When a token of Brad’s affection ends up being a cursed artifact, a demonic derby team is accidentally summoned. Now Cherry and her teammates must join forces with Hell Grazer and her mean girl squad