“Fair Game” isn’t high art, but this ’80s Ozploitation flick is an entertaining revenge thriller with a strong female lead and great visuals. 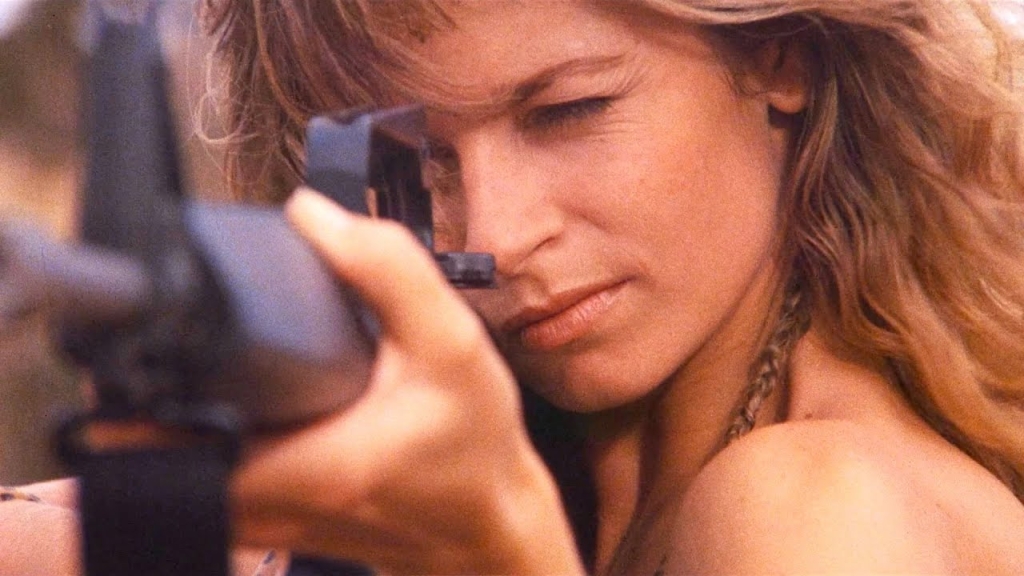 I need to start reviewing more films out of Australia because they really do have an extensive catalog of fun stuff.

I hesitated to dig into Fair Game (2022) as I am more of a horror than a thriller guy. But I also like good movies, and Fair Game is definitely above average, especially for an Ozploitation flick from 1986.

The film starts off with a very well-coordinated chase sequence (one of several throughout), in which an unsuspecting rancher (Cassandra Delaney) is terrorized by some kangaroo poachers (Peter Ford, David Sandford, and Garry Who) who run her off the road while fleeing her land.

She goes to the local police, but they’re of no help. In town, she runs into a hunky guy who turns out to be their boss. She confronts him about his goons, and he’s less than apologetic, telling her that kangaroos are “fair game” before she puts a bumper sticker on their truck that states they are a protected species.

Later, back at the ranch, she tends to the animals and talks on the phone with a friend about her troubles when the line goes dead. It’s so hot that she cranks up the fans and strips nude for a nap. Cue suspenseful music. It seems cinematic naked chicks aren’t even safe from no-goodniks on the other side of the planet.

Something is freaking the animals out, and when she wakes up and gets dressed, she scopes the place out and can tell something’s not quite right.

Sure enough, someone has taken Polaroids of her while she was asleep in the buff and put them in her fridge. 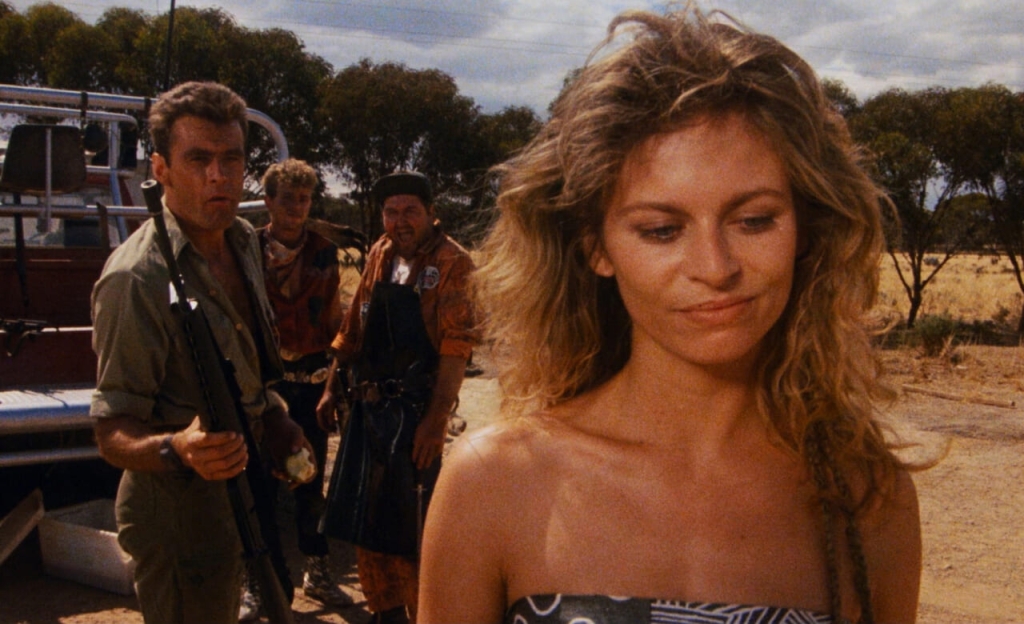 One of the goons in town had been taking snapshots of her, so we have a pretty good idea of who it is.

She wisely takes off for the police station, but guess who’s left for the day? On her own, she manages to piss them off even more by destroying the photographer’s camera but gets away unscathed… for now.

Unfortunately, her car breaks down on the way back to the ranch, and she hears a gunshot not long after.

Cue some great chase music (scored by Ashley Irwin) as she tries to make her escape through the Outback.

Of course, the poachers are after her again, but are they really murderers? The way they’re pursuing her, it sure seems like it. Hunting her like a wild animal, they close in on her as she uses the wild landscape to hide. She gives them the slip and manages to make it home in one piece, but she knows she can’t be safe for long.

Time for a shower scene.

Just as she’s about to spray off the dust from the chase, she sees someone’s returned her car that she’d left out in the wilderness…and left her a little present in the front seat: a dead kangaroo.

Night falls, and the tension mounts. 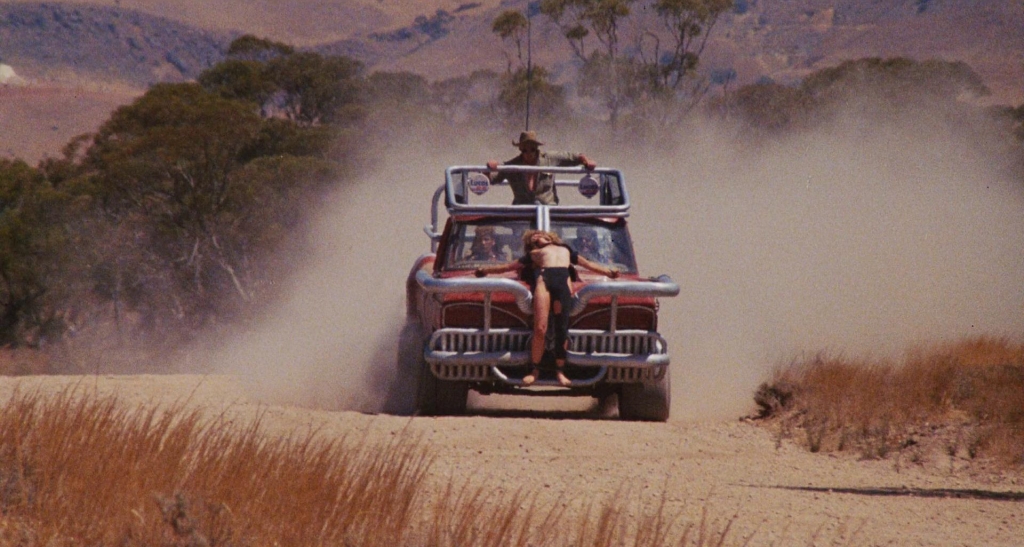 Sure enough, the poachers return, now tormenting her horse. She watches helplessly as they threaten to brand her maned friend and can finally take it no longer, confronting them, but to no avail.

After threatening to beat her with a bat, they give chase again, firing off some rounds at her to let her know they’re interested in using her for sport — and possibly live game. She returns to the house again, only to have them circle the property, taking potshots at her animals.

Her fear mounts, accentuated by an ever more tense and dissonant score.

When will these assholes let up?

They decide to take a dinner break and hole up for the night, and she grabs an axe and sneaks up on their camp, filching their rifles while she’s at it and sabotaging their weapon rack, making a sculpture out of it and the rifles to taunt them.

Unfortunately for her, they have some high-powered weapons hidden in their vehicle, and now they’re furious. They promptly return to the ranch and start blowing the piss out of her property.

She’s soon abducted, bound, gagged, and tied to their suped-up vehicle, which they then take for a ride through the Outback at high speed after ripping her clothes off.

She wakes up back at her property, banged up but alive. But at least the evil bastards have finally left.

The next morning, she tries to hijack one of the goons’ trucks with mixed results, running the driver off a short cliff and destroying the vehicle, trapping him inside.

She hightails it back to the ranch and barricades herself inside what’s left of it. But after they free their friend, they again come after her with high-powered weapons. They crush several of the remaining structures and ram their vehicle into her home.

It’s not looking too good for our heroine.

Out of places to hide, she heads back into the badlands, this time on her trusty steed. Now chased by a motorcycle, she manages to trick the photographer douche into running his bike off a cliff. He’s rescued by his mates, who again goes after her, this time to end things for good.

They track her to a cave in the foothills, where she manages to outsmart them by causing an avalanche, blocking them inside the cave, but not before one of them pops off a fatal shot at her horse.

With her property, horse, and whole livelihood destroyed, it’s time to plot her revenge. 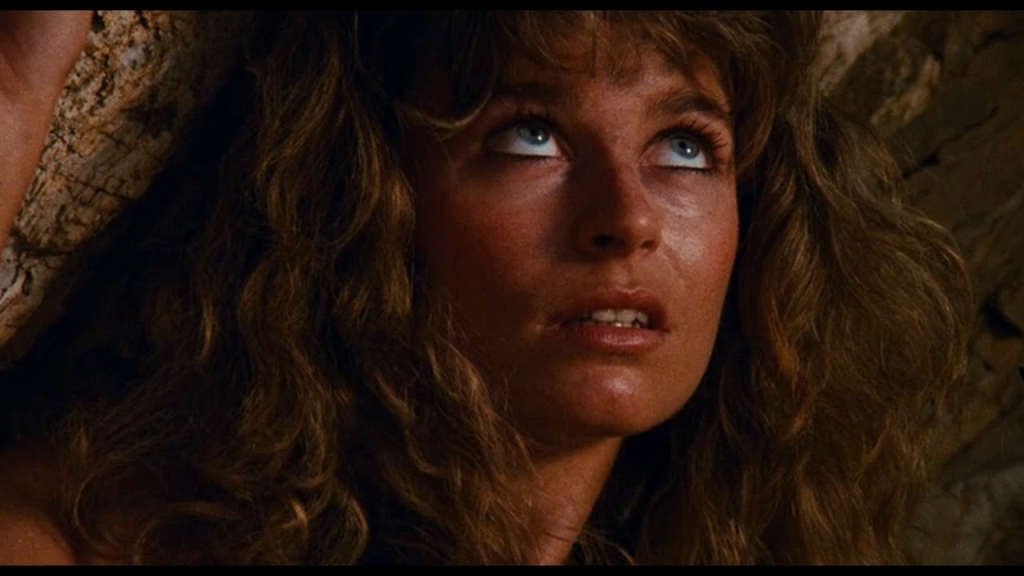 As the poachers escape the cave and make camp one last time before heading back to the ranch to finish the job, she uses her wits and survival skills to set a final series of traps for them.

One is electrocuted while the other two close in, but this time she’s ready for them, impaling the biggest of them on an anvil, leaving the leader. I won’t spoil the end for you, but it’s brutally satisfying.

This movie looks, sounds, and feels like it could have been made by Cannon Films.

Maybe this chick is Chuck Norris’s hot Australian cousin or something, but in any case, she’s tough as nails and clearly no one to be trifled with.

Available now on a special edition Blu-ray from Vinegar Syndrome, if you’re in the mood for an ‘80s throwback action thriller and some gorgeous photography of the Australian Outback, you will definitely enjoy Mario Andreacchio’s FAIR GAME.

Just turn off your brain at the door and settle in for some plotless fun. It’s what Menahem would have wanted.