Utterly ridiculous but undeniably fun, “Auntie Lee’s Meat Pies” is a tasty dish from the 90s that is just as good reheated. 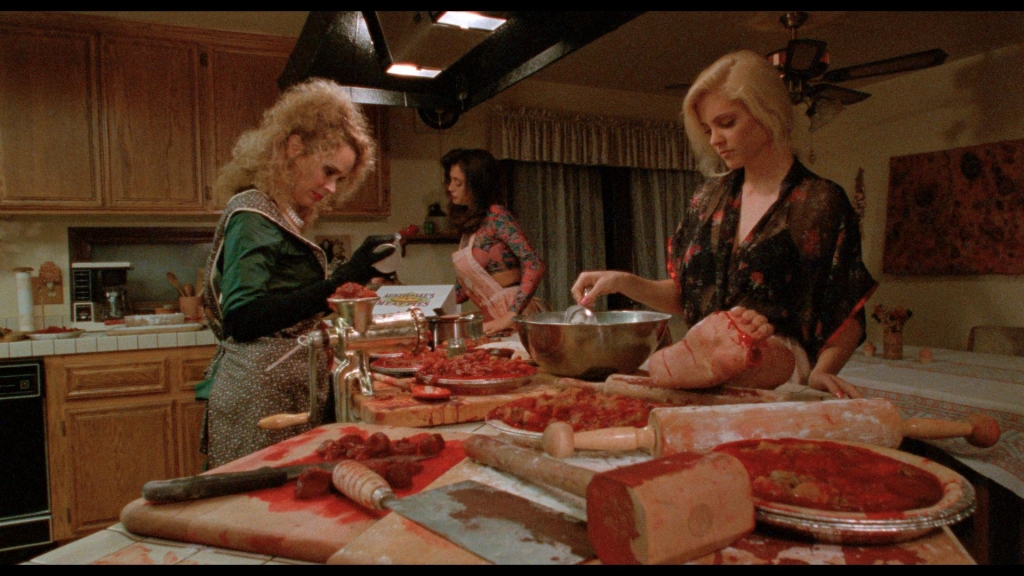 Horror movies come in all varieties. So, no matter what style of horror you prefer, you can guarantee there will be a film to match your taste. For a spooky good time, there are supernatural horrors full of ghosts and specters to tantalize the imagination. For those who would rather not suspend disbelief, there are psychological horrors that document the madness of a person — or the world at large. There are creature features that play in the realm of science, cosmic horrors that venture into other dimensions, and artsy films which focus more on mood and atmosphere rather than traditional scares.

This week’s Tubi recommendation is for times when you don’t want high-brow horror or intense scares, but rather for when you’re feeling a bit silly and just want to watch something outlandish and fun.

This film just might be the gender-swapped Texas Chainsaw Massacre 20 years later.

It follows Auntie Lee (Karen Black) who sends her four gorgeous nieces out onto the highway to lure men back to their home, where she can kill them and make meat pies from their flesh. She then turns around and sells these meat pies to the town locals.

Sure, Edwin Neal didn’t wear high heels and a revealing top. And Leatherface never wore a pair of daisy dukes, although I think he would absolutely kill it. But the Sawyer family did lead people back to their home and make meat out of them — it just wasn’t so silly.

The dialogue in Auntie Lee’s Meat Pies is basically a collection of dirty jokes from the back of the Playboy magazines where the majority of the cast featured before making this film. 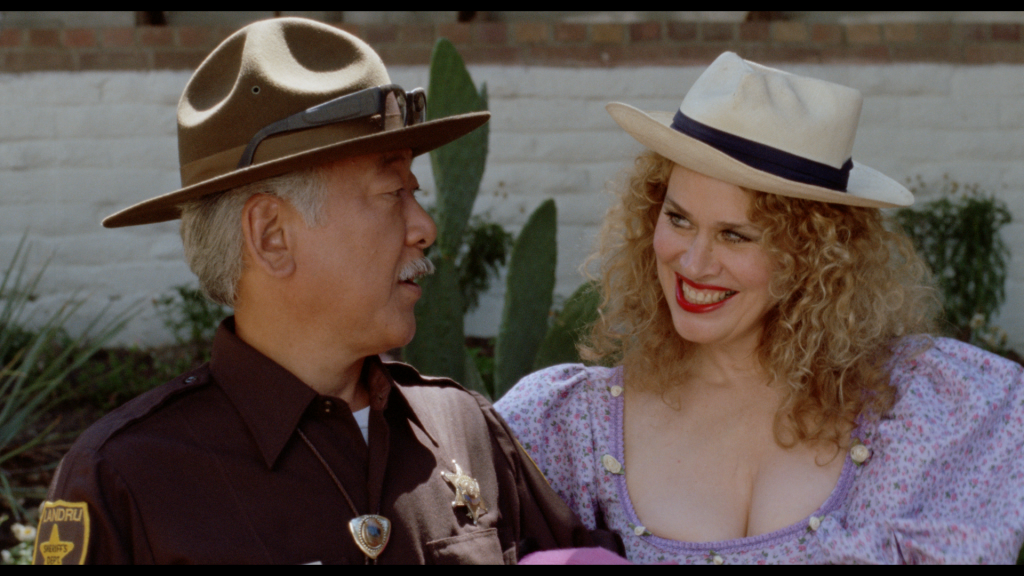 Now I know what you might be thinking. With all these Playboy cover models, there must be nudity galore in this film. But you would be shocked to find out that nudity is almost non-existent.

The sum of all nudity is in the third act when the daughters seduce a punk rock band in these weird-themed rooms where each of them lives. Each room looks like it was taken straight from a laser tag or mini-golf course.  One room has a giant black light snake, the other looks like clouds, one is a weird day glow version of Stonehenge, and the room where Baby lives has a humongous walker and crib.

It’s patently insane as this is supposed to be a house where they are murdering people and making meat pies from their flesh. Yet, each of the girls has a bizarre bedroom. The punk rock band members are pretty dumb. But, for god’s sake, if a girl has a room that has day glow Stone Henge and a fog machine in it, get the hell out of Dodge. 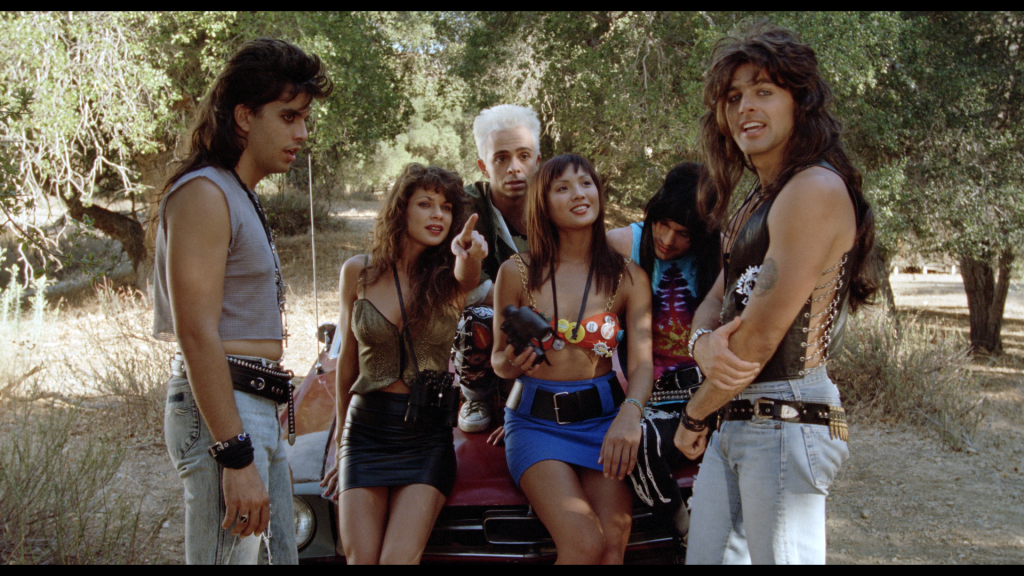 Michael Berryman is also in the movie as the simple-minded caretaker who is in charge of disposing of all the evidence, and Pat Morita is the no-nonsense, tough guy, Southern sheriff investigating a wave of missing person reports that all lead back to his small town.

Bless the folks at Vinegar Syndrome for remastering this gem. Without them, this film probably would have been lost forever in some lo-def VHS hell. But thankfully, you can catch this film streaming in high def for free on Tubi.