Sequels and reboots are a controversial topic, but if you think they’re always garbage, the new “Scream” (2022) hopes to change your mind.

Regardless of how you tend to feel about sequels and reboots, in general, you have to admit that a new one tends to make you sit up and take notice. This is especially the case when you’re talking about a franchise as well-loved and longstanding as Scream.

Wes Craven’s original 1996 film is now near-universally considered a genre masterpiece. And while opinions on the sequels are mixed, they’re also wildly successful and well-liked by franchise fans. So Matt Bettinelli-Olpin and Tyler Gillett (Ready or Not) really had their work cut out for them when they signed on to direct Scream 5 and fill Craven’s original shoes.

Officially titled simply Scream like the original, Scream 5 rides the fence between soft reboot and direct sequel. It’s been over a decade since the last installment of the franchise, so naturally, much has changed about Woodsboro and its residents since viewers last saw them. However, Scream 5 is also a direct sequel to Scream 4 and fits neatly into the more extensive timeline.

The events of the film are set 25 years after the events of the 1996 original. Woodsboro is once again the site of a new outbreak of Ghostface murders, only now someone else is wearing the now-legendary mask for reasons unknown. Once again, local teens are the targets. Plus, Ghostface is hard at work digging up long-buried secrets to do with Woodsboro’s gruesome past.

A Scream reboot wouldn’t entirely be the same without a few veterans returning to the original scene. 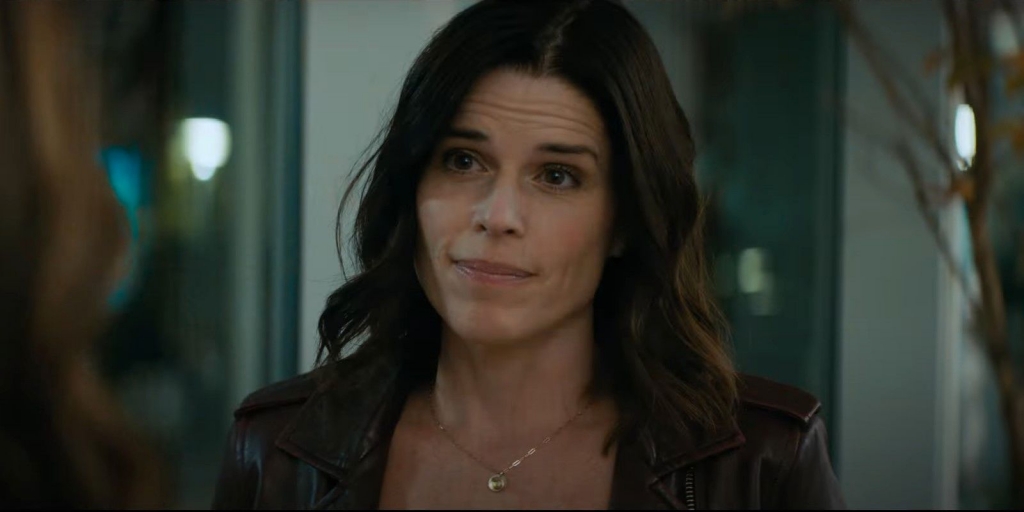 So naturally, the new string of murders brings Sydney Prescott (Neve Campbell), Gale Weathers (Courtney Cox), and Dewey Riley (David Arquette) back together to get to the bottom of what’s going on. New additions to the cast include Melisa Barrera, Mason Gooding, Jasmin Savoy Brown, Dylan Minnette, Jack Quaid, and Mikey Madison.

As any horror fan knows, a franchise is largely rehashing old ideas and retreading old paths with its many sequels, and Scream 5 is definitely doing that. However, in trademark Scream tradition, it’s also self-aware enough to admit it, and it’s not afraid to poke a little fun at that fact. As a result, many scenes walk the line between familiar and new in a satisfying way.

The opening sequence is a great example.

When feisty West Coast teen Tara (Jenna Ortega) hears from Ghostface over the phone like so many before her, she takes him by surprise by naming The Babadook as her favorite scary movie. She goes on to discuss other examples of “elevated horror” like Hereditary and The VVitch, setting the scene for a possible cultural clash.

Scream 5 includes many brilliant scenes like that one, no doubt to the great delight of long-time franchise fans.

Bettinelli-Olpin and Gillett prove they had what it took to step into the legendary Mr. Craven’s shoes, as it’s hard to deny this is a sharp film. 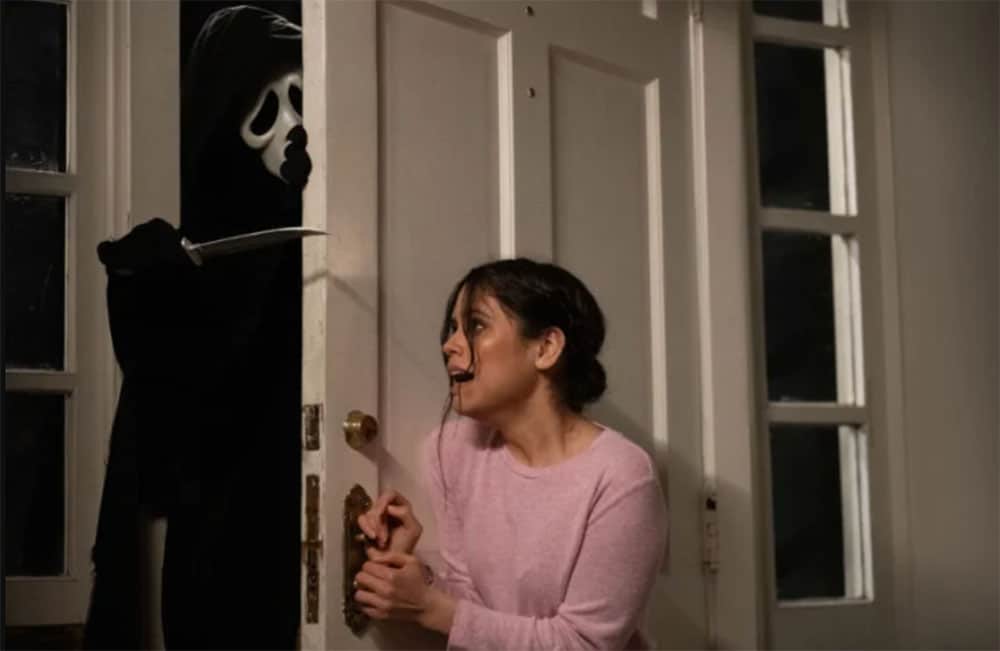 Scream 5 is saturated in clever observations about the horror genre today, even bringing some commentary on the potential toxicity of fandom into the mix. This is also a film that never once tries to pretend it doesn’t know where it comes from – a very refreshing approach for a semi-reboot.

Even so, the story and characters never come second in Scream 5.

Instead, you get the witty genre critique so many fans came for, but not at the cost of a good story and some insanely good scares. In other words, say what you will about sequels and reboots. But if you’re not a fan yourself, give Scream 5 a chance to change your mind before you set your opinion in stone.