I Think We’re Alone Now: An Analysis of the Important Themes of Femininity, Masculinity, and the Female Experience Explored in “10 Cloverfield Lane” 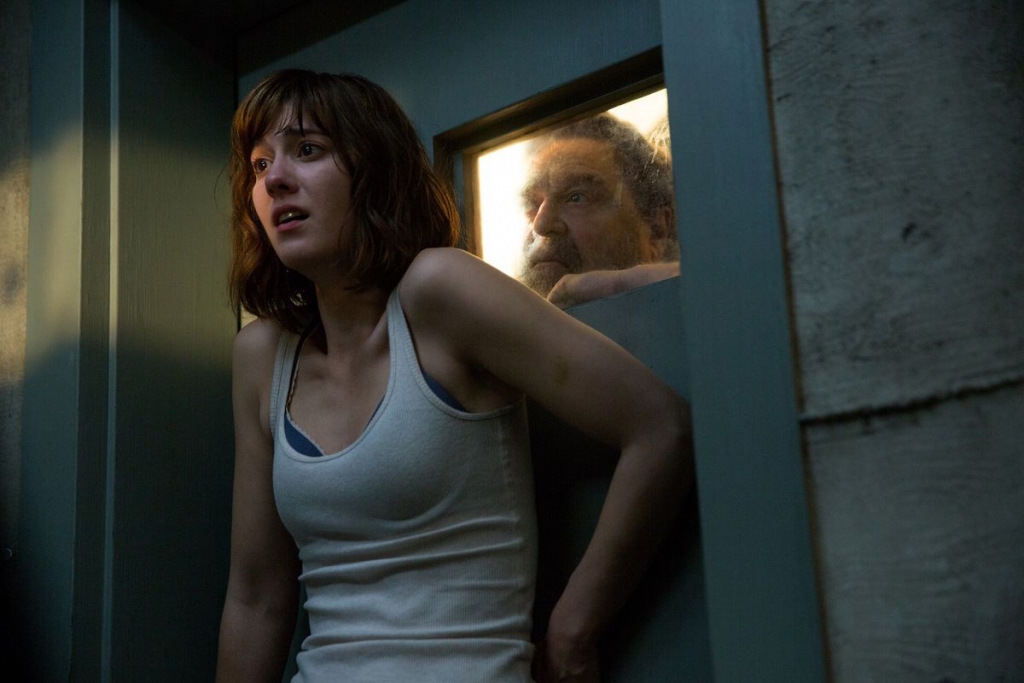 Editor’s note: The following is an in-depth analysis of the deeper meanings contained within 10 Cloverfield Lane. As a result, there will be significant plot spoilers discussed. If do not wish to have anything spoiled, please do not read the following until after you have watched the film.

Not long after the release of 10 Cloverfield Lane, there was conversation on how to categorize it and whether it falls into the category of horror. There were, of course, resounding dismissals that the movie was not really a horror film. This is a discussion one usually sees in the horror community following the release of certain intelligent and thought-provoking films — to the point that the question seems trite and a way to obfuscate obvious horror components in various media.

However, to dismiss 10 Cloverfield Lane’s inclusion into the horror canon is to dismiss the valid female terror depicted onscreen and the reflection of society that is contained within the taut 104 minute movie.

The film is undoubtedly a work of art, from its direction to its acting, cinematography, and score. The elements in this film are delicately wrought, and because of this the overall effect the movie has is more terrifying. 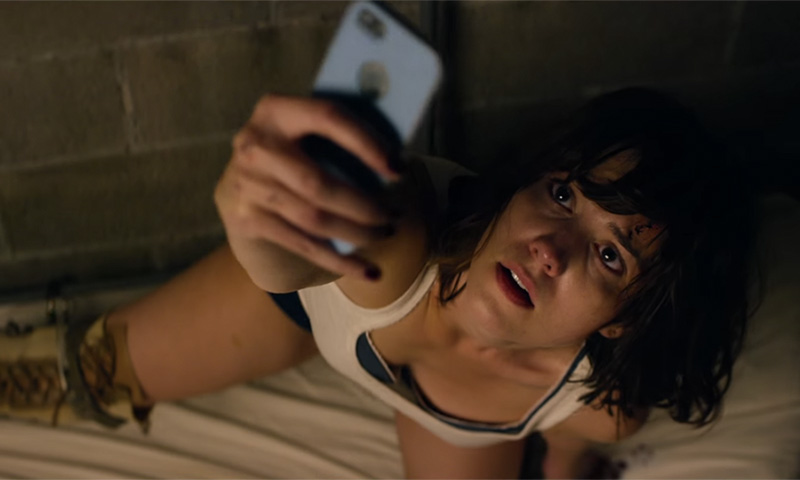 10 Cloverfield Lane is very literally a contained film. The majority of the action and the drama takes place in the bunker, except for the very beginning and the very ending of the movie. The bunker serves as a societal microscope where the female experience is magnified via Michelle (played by Mary Elizabeth Winstead.) If you stripped away all the fantastical trappings of the situation and the character of Emmett (played by John Gallagher, Jr.), you would have a story that could have been ripped from newspaper headlines.

10 Cloverfield Lane could have easily veered into a fairly standard theatrical true crime rip off instead of a layered narrative that truthfully gives insight into the horrific elements of the female experience.

After Michelle’s car wreck that takes place after she flees her flat, and ultimately her problems with her fiancé, she wakes up chained in a cinderblock room, her pants removed, and her leg in a brace. Her cell phone has no service. She is understandably confused and frightened. We are then introduced to Howard, who from the start takes a stern and commanding tone with her. Michelle’s innate ingenuity is shown from the start, letting us know that Michelle herself is a force to be reckoned with. 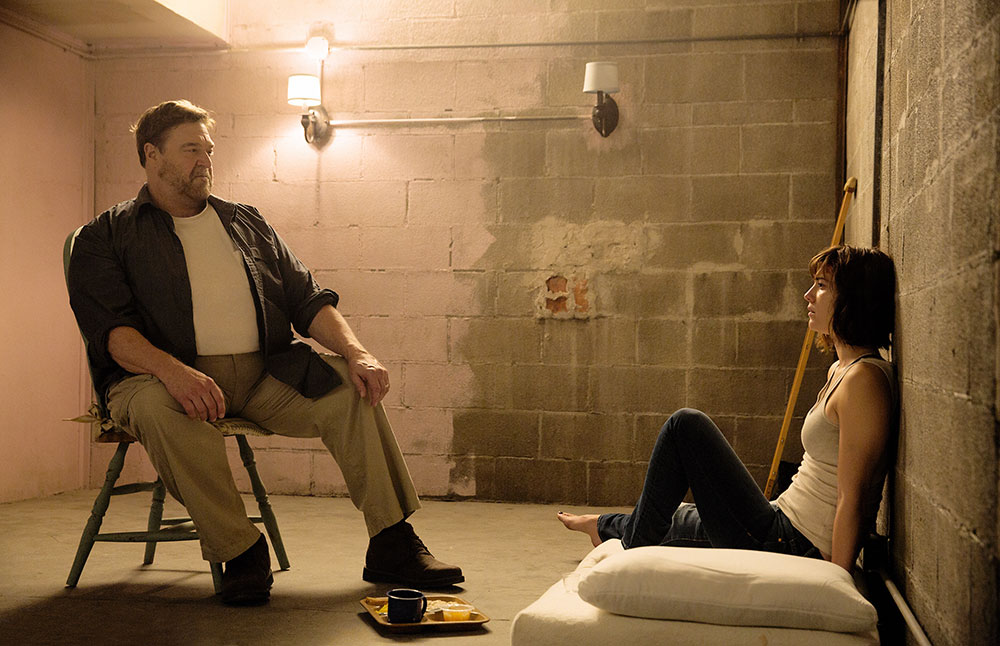 Women in the real world have to stay constantly vigilant. Trusting men can be a risk in and of itself. There have been countless cases of women being abducted and held captive by men for years before they either escape or are killed. Even men who are seemingly nice can pose a threat. How many serial killers have used their charm to disarm women and make them comfortable before horrifically murdering them? On a basic level the film deals with a real world problem women face and thus renders horror from it.

From the moment the viewer meets Howard (played by John Goodman), they are thrown into a limbo of doubt and questioning. Is he really the savior that he presents himself to be? Or is he a nefarious person who is manipulating Michelle for his own gain and expecting her to be thankful for “saving” her? From the start, one thing is certain: Howard has a strict sense of entitlement. He makes a comment that Michelle needs to show him some appreciation. I mean after all, he did save her life, didn’t he?

He takes offense to her healthy skepticism and is invasive with Michelle, all in the name of not being able to trust her. Howard turns into a beacon of toxic masculinity almost immediately. He acts as if Michelle owes him her unwavering trust automatically just because he supposedly saved her life not only from a wreck but from some unclear deadly cosmic event. 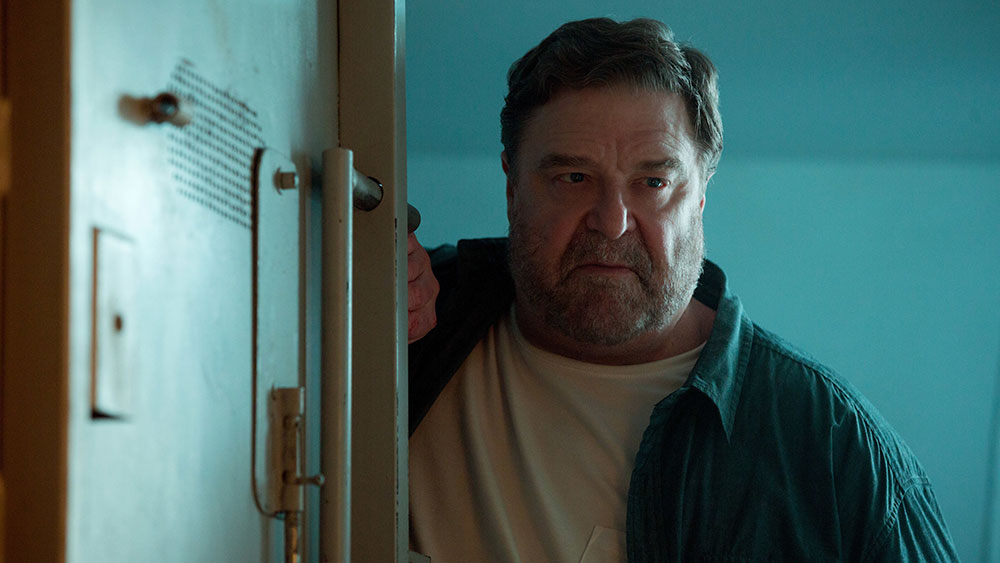 He tries to eke loyalty out of Michelle at every possible opportunity, including showing her his pigs who have died violent deaths because of the aforementioned cosmic event. He lies to Michelle about the true origin of her wreck by admitting that he did cause it, but it was just the result of him speeding while trying to get home after the start of the mysterious event that drove them all to bunker.

He is manipulative, petulant, jealous, and condescending. He is always quick to remind Michelle and Emmett that they should be grateful to him. Michelle is not so much a person to him as she is an object. She’s merely a possession, something for him to control. The viewer confers that his possessive, controlling, and obsessive behavior is the root of why his wife divorced him and packed up their daughter Megan — exiting the picture long before the intersection of Michelle and Howard’s lives.

Howard tries to impress what he perceived as important parts of Megan’s personality on to Michelle. During the uncomfortable first dinner together, he makes a comment about how Megan loved to cook and that Michelle will learn to love to cook also. Howard is undeniably predatory and intimidating, know matter how much he tries to drive home that he was a loving father and a generous and sensible man. 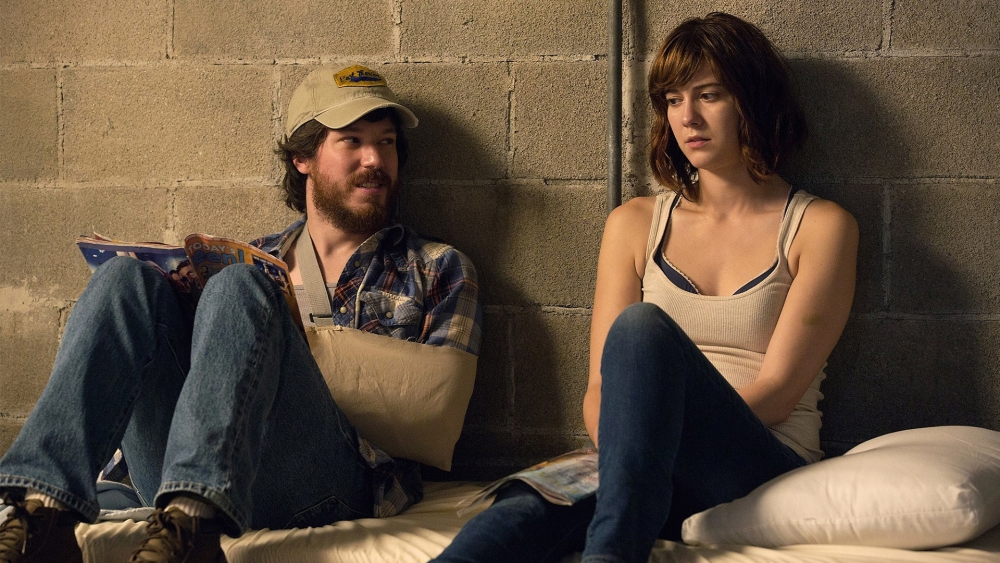 Emmett functions as a foil to Howard. When we first meet Emmett, he comes off as a genuinely well-meaning guy. However, at first, Michelle has reason to be wary of him. Just because a guy appears to be nice doesn’t mean that he actually is nice. Michelle approaches both Howard and Emmett with skepticism, not knowing who or what to trust in her bizarre situation. Emmett helps serve as confirmation that something catastrophic happened and that it sent him running to Howard’s bunker that he was hired to help build years earlier.

As 10 Cloverfield Lane progresses, we get a better glimpse of Emmett’s character and how he proves himself to be an ally to Michelle and her only true friend in the bunker.