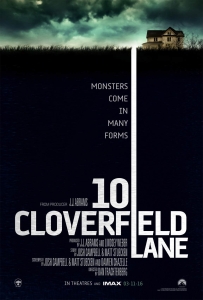 I was a bit apprehensive at first upon hearing the news of a new Cloverfield film. After viewing the film, I have to admit I was thoroughly impressed. I had no clue of what to expect going into this one. The trailers didn’t give anything away, which to me is a telltale sign of a really great film. While the title has Cloverfield in it, this film is nothing like its predecessor. 10 Cloverfield Lane is tied to the original, however it’s more like a sister film than a sequel.

I was amazed by how extremely well written it was, along with the witty dialogue between characters. This is not a found footage film, so there’s no shaky camera shots. In my opinion, this gives it a more serious vibe. Dan Tractenberg makes his feature film directorial debut with an incredible movie that keeps you guessing until the very end. With only three main characters, Howard (John Goodman), Michelle (Mary Elizabeth Winstead) and Emmett (John Gallagher Jr.), the story flows and moves along with ease, never losing your attention.

For the most part, 10 Cloverfield Lane takes place in a small fallout shelter. Even though the characters are restrained to a confined space, there’s never a dull moment. Right from the start, this full throttle nightmare picked up pace and never let off the gas until the very end. 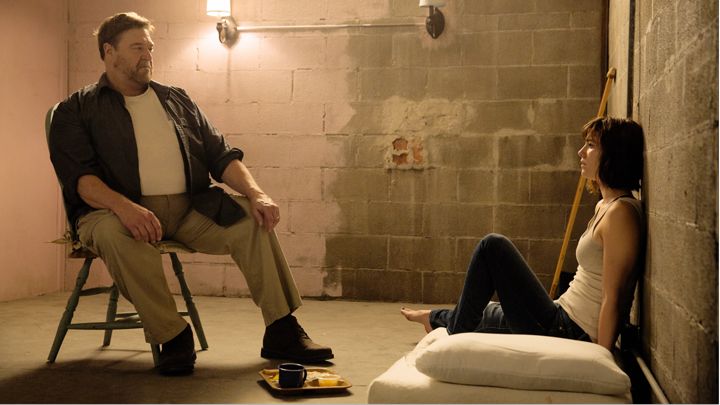 This film is brilliantly woven, cleverly disguising itself as apocalyptical and preying on your fears of enclosed spaces and mistrust of others. The impending doom taking place outside of the fallout shelter is not the primary focus. Rather, the focus of the film is more about the relationships forged between strangers in the face of ultimate tragedy — all striving to stay alive — and how people tend to judge each other without having true knowledge of who they are judging.

One thing I really liked was how stunningly crafted the small sets were, brilliantly creating a very real sense of claustrophobia, yet still providing a very open comfortable feel at the same time. The shadowing from the lighting combined with the colors from the set help establish eerie and beautiful moods for the length of the film. However, I would have liked to see the colors pop a little more, be a little more vibrant. The score was fantastic, creating an intensity that keeps you on the edge of your seat. I felt the makeup could have been a tad better. The gore was minimal, which was a good change of pace and very pleasing. 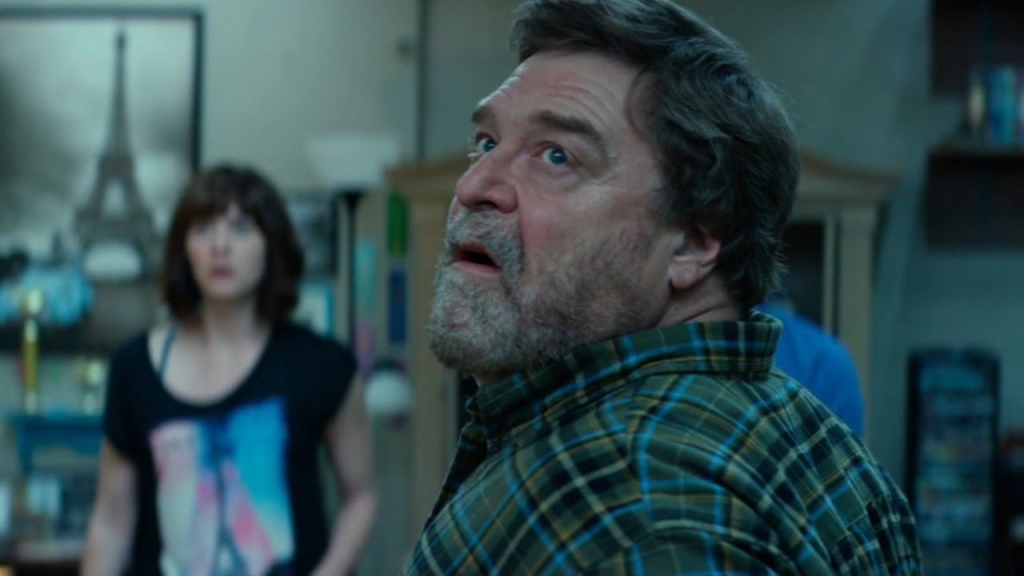 One thing that stood out to me the most was the acting of John Goodman. Goodman was mesmerizing, giving his best performance to date since Kevin Smith’s film Red State. His morbid character portrayal was phenomenal, causing you to believe his compassion and empathy for his fellow characters, yet remaining dark and maniacal and keeping you guessing what he’s going to do next. Mary Elizabeth Winstead’s character, Michelle, was a great Jekyll to Goodman’s Hyde, carrying the film and commanding your attention whenever she’s on screen.

J.J. Abrams has once again produced another horror gem in 10 Cloverfield Lane. While Abrams didn’t direct either Cloverfield film, his production company Bad Robot produced both films, as well as Super 8, Star Trek (2009) and Star Wars: Episode VII-The Force Awakens (just to name a few). In case you didn’t notice, the gas station in the beginning is named ‘Kelvin’ which is in almost/if not all J.J. Abrams films. It’s the name of his grandfather, who is responsible for setting Abrams on his path to an insane career as one of the best directors and producers of all time. 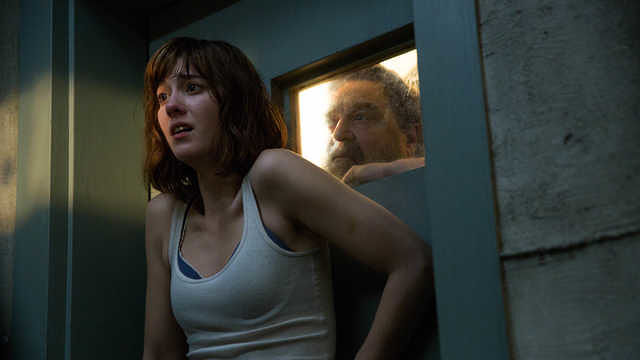 There is also an easter egg, one of many, where Goodman’s character works for the company Bold Futura and was employee of the month for February, 2016. Bold Futura is a subsidiary of Tagruato, the Japanese mining company that’s most likely responsible for waking up the creature in the beginning of Cloverfield. Bradley Cooper also makes a mysterious cameo as the voice of Ben, the boyfriend of Mary Elizabeth Winstead’s character Michelle.

Over all, I was enthralled and enjoyed this film immensely. If you’re looking for a fun intense psychological film filled with raw tension, this is it. 10 Cloverfield Lane is an apocalyptical rollercoaster ride that takes you through the darker side of life, exploring the evil side of human nature and the dark recesses of the mind. So, as always, expect the unexpected…and watch out for monsters.