“Event Horizon” is an atmospheric and chilling sci-fi horror film that deserves more love; discover it now on its 25th anniversary. 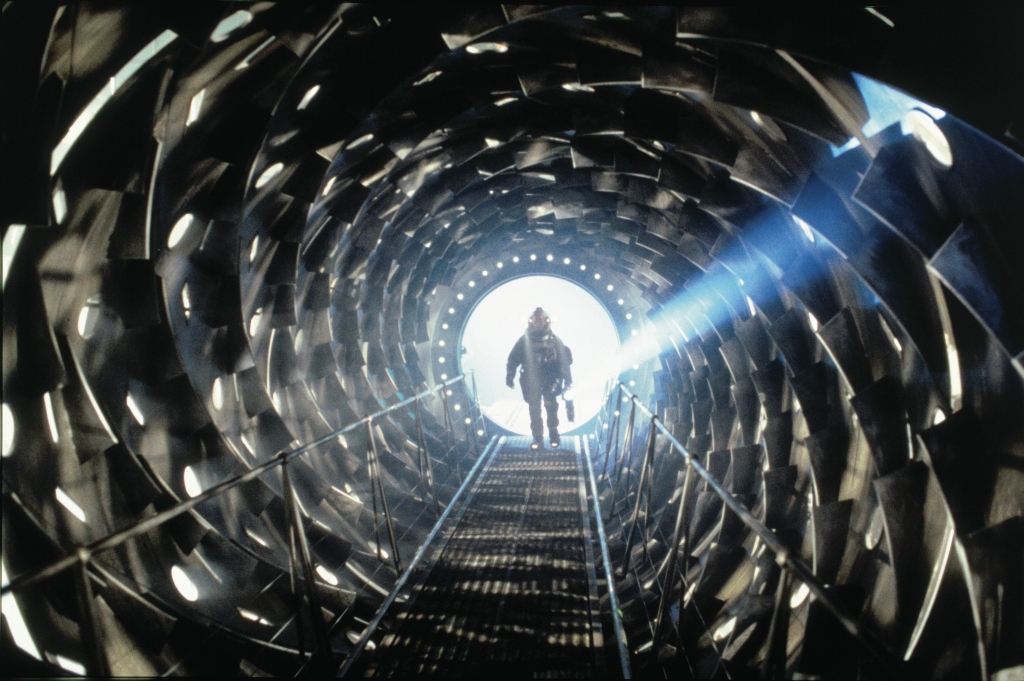 Event Horizon was released on August 15th, 1997. It is admittedly difficult to explain the film in a way that would entice people to see it.

The description most people seem to go with is “The Shining on a spaceship,” which is merely an approximation of what it’s about. Though it features a colossal ship with vents and elevators that gush blood, Event Horizon and its vision are not entirely connected to The Shining.

The Shining is about vengeful ghosts who forever skulk among the ballrooms and hallways of The Overlook hotel, eager to show guests the horrid memories they barged in on.

The ship Event Horizon, on the other hand, is a steel space sponge that enters a mysterious, hell-like dimension, absorbs all the evil it can hold, then returns to our dimension seven years later. There are no vengeful ghosts in Event Horizon. It is haunted by the mind, not the dead.

Event Horizon is a movie that is less than the sum of its stolen (tributes?) parts. Yet, if measured by its own merits, it becomes an uncanny masterpiece.

Director Paul W. S. Anderson has never been known as a deep and visceral filmmaker.

He is chiefly known for his battalion of game-inaccurate Resident Evil movies. Event Horizon, his third film, is tucked comfortably between Mortal Combat and Resident Evil, which makes for an extra-cheesy grilled cheese sandwich. Yet the film emits a quaking roar of dread that stabs the heart and cuts slowly, like an autopsy performed with a butter knife.

Anderson managed to create a doom-laden exercise in gothic space existentialism, and he should be congratulated for it. 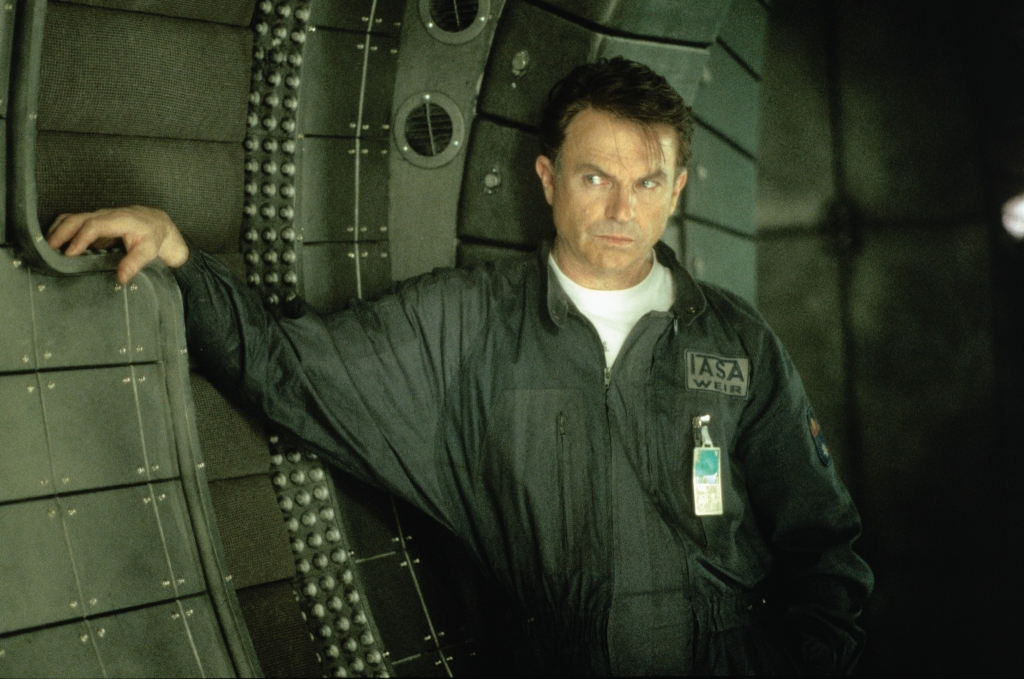 Don’t get me wrong. It’s a script of adult ideas, as written by a middle schooler. And somehow, it’s even less cinematic than similar efforts by Michael Bay and Zack Snyder.

What, then, makes this a memorable genre film for the ages? Why are Snyder and Bay movies met with a chuckle, yet Event Horizon is a deserving movie for an anniversary tribute?

Somehow, even though he “borrows” material from other classics, Anderson generates some fresh and unique frights. There is definitely a shortage of space horror out there, but Event Horizon serves up a generous helping of it.

The one thing that unifies all horror movies is the fear of death, mutilation, and madness. Some might say it’s fear of the unknown, but I believe the three aforementioned types of fear add up to the fear of the unknown quite nicely. What lies out and above us in unexplored space? Beyond the help of superpowered lenses, we have no idea. The imagination could come up with literally anything.

What drives Event Horizon is the Captain Ahab-esque obsession Dr. Weir (Sam Neil) has with the white whale of discovery.

When he designed and built the Event Horizon, his goal was to create a ship that could bend space-time and travel at the speed of light to other dimensions (via the classic folding paper and pencil explanation). This is made possible with the use of his invention, the Gravity Drive, a giant oscillating mechanism that generates a black hole.

On its maiden voyage, the Gravity Drive drags the Event Horizon further out than expected and vanishes for seven years. Upon reappearing near Neptune, Dr. Weir joins the crew of the search and rescue vessel Lewis and Clark to investigate.

That is, of course, the most basic, bare-bones explanation of the story. But it’s all you really need to know, though.

The crazy wastes no time in ramping up, and drags you into movie madness, kicking and screaming.

Event Horizon is best known for its censorship issues, unfortunately.

The design of the ship is very functional and intricate.

There aren’t many digital buttons or LEDs, mainly switches and dirty buttons with tobacco and grease stains. It’s like they went out of their way to make 2047 technology impossible to copyright and turn into toys. A decision that is decidedly un-Star Wars.

The ship indeed feels evil and alive, especially the roaring Gravity Drive. Made of black iron, and covered with spikes and bolts, it throbs like a living heart.

The horrifying fate of Justin is probably the scariest part, for me.

After being pulled into a black hole for a few seconds, he falls into a coma. Once awake, he screams in pain about the “dark” inside him, and how the Gravity Drive showed him terrible, unimaginable things.

EVENT HORIZON is claustrophobic, seismic, galactic, and ruthless. It is also twenty-five years old, which gives it plenty of time to be discovered by everyone, including cynics who have avoided it because it’s directed by Paul W. S. Anderson, which is a big mistake.