The new Lovecraftian horror film “Glorious” from Rebekah McKendry proves to be a wondrous bathroom break of existential horror. There’s something to be said about the power of simplicity, and Rebekah McKendry’s latest film Glorious – an economically-paced pitstop of tongue-in-cheek existentialism, painted in gooey reds and syrupy pinks – seems to revel in it as a horror dramedy about lost love, regret, and sacrifice.

If it could ever even be that simple.

The film is the story of tousled and tormented Wes (Ryan Kwanten), who’s apparently been living out of his car, apparently still reeling from a breakup, apparently making his way across the country on an emotional vision quest. Stopping at a roadside rest stop, Wes finds himself locked in a bathroom where he meets a mysterious figure in an adjacent stall (brilliantly voiced by J.K. Simmons) who – once more, apparently – is one of those ancient, benevolent gods in need of Wes’ help to save the universe from annihilation. And the clock is ticking.

Note that so much of what we understand of this film as the audience depends significantly on the notion of appearances, of what is apparently clear to us even when it’s not.

Even when the movie’s seemingly oversimplified conflict at a highway rest area begins to list into otherworldly, Lovecraftian territory, the foundational elements already established manage to keep everything rooted in a reality that the audience generally accepts as truth.

At the film’s core, it remains an impressive feat, to simultaneously tease the end of existence and still ensure that the viewer is all in for it. 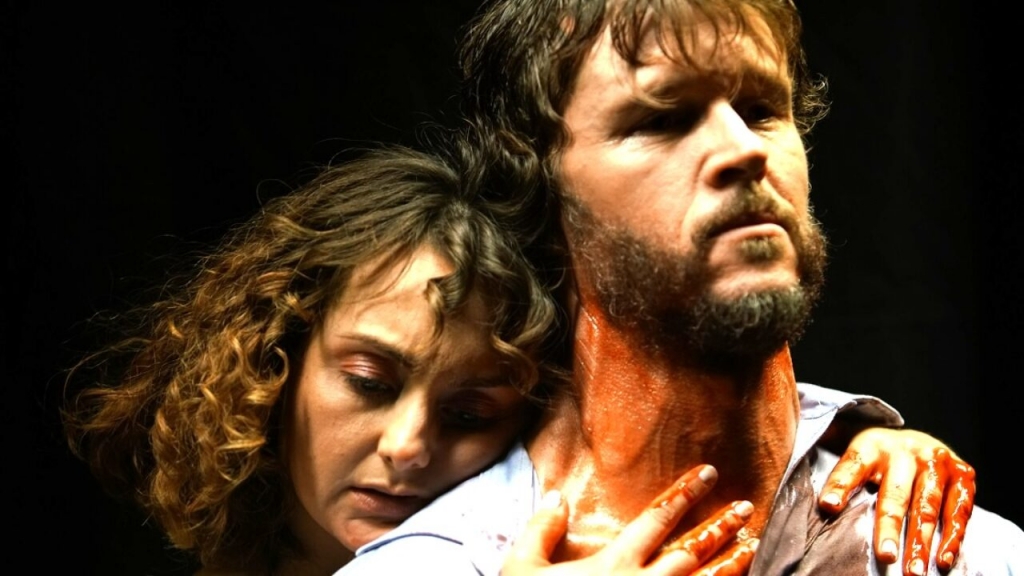 It’s precisely through the film’s matter-of-fact storytelling approach that it successfully achieves its purpose.

While so many other genre films overburden themselves with elaborate sets, budget-breaking SFX, and intricate storylines, Glorious instead strips much of the pretense away to give the viewer only what is necessary, and – in so doing – compels attention by all that it leaves out until the crucial conclusion of the film.

The single-space staging of an off-road bathroom is perfectly suited to the two-man show performed by Kwanten and Simmons.

Simmons, for his part, remains stoically clinical with his ominous threats portending the end of the world when necessary, humorously dry when least expected, and Kwanten’s straight-man responses provide a significant balance that buoys the film’s pacing throughout.

And the pacing of Glorious is pivotal to its efficacy.

Clocking in at less than 80 minutes, the film understands how to make the most of the time that it has (before the end of the world that kills us all, of course).

Glorious never overstays its welcome, whether in time management or exposition. 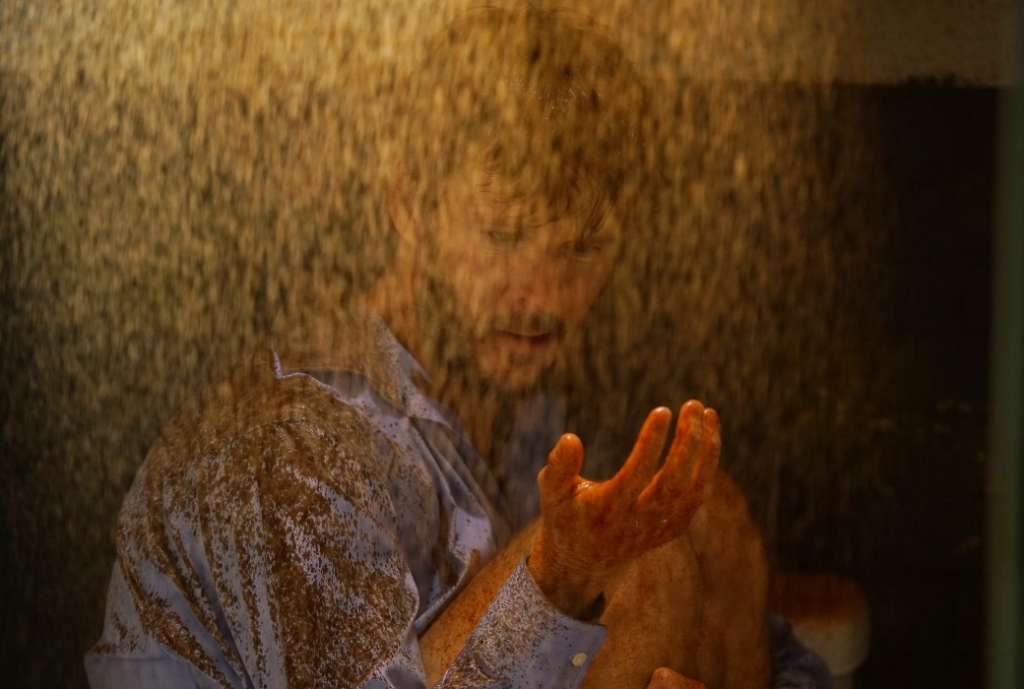 Even despite the film’s heavy overtones promising universal destruction, the production never fully takes itself too seriously, peppering the plot here and there with well-placed, rather perfect humor and some gloriously grotesque viscera in order to remind the audience that it’s only the end of the world as we know it.

Because even in light of some minor speed bumps along the way, the ones that only momentarily separate Wes’ apparent emotional distress and the announcement that the universe is ultimately doomed, GLORIOUS is a surprisingly original exploration of heartbreak.

You’ll hitch a ride with the film’s premise of a man running from his emotional torment, but don’t forget: appearances can always be deceiving.

And sometimes, it really is as simple as that.

After a breakup, Wes ends up at a remote rest stop. He finds himself locked inside the bathroom with a mysterious figure speaking from an adjacent stall. Soon Wes realizes he is involved in a situation more terrible than he could imagine.