Though it doesn’t have enough laughs to be comedy or enough horror to be frightening, this monster spoof is at least nice to look at. 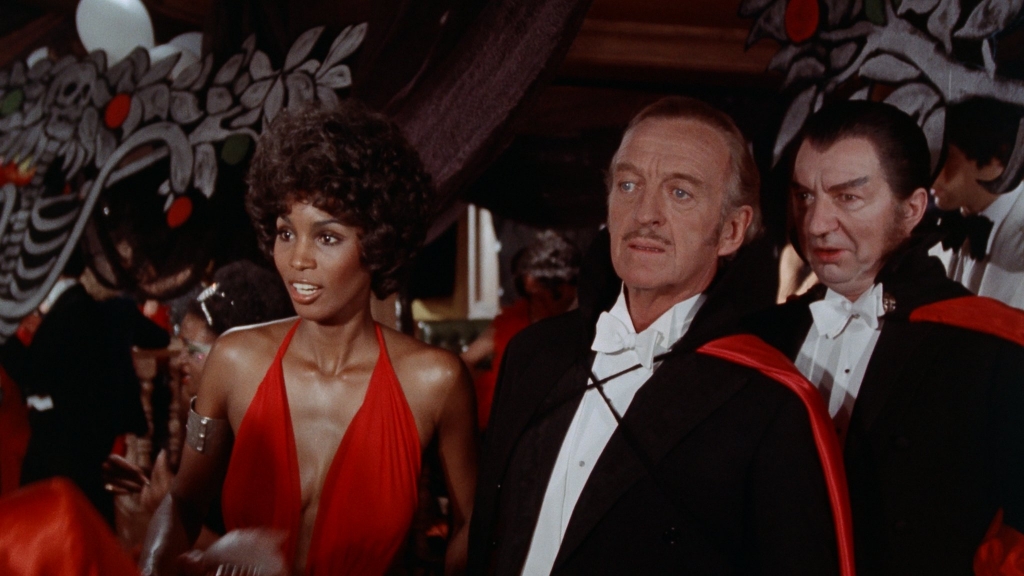 Originally titled Vampira, this tepid spoof was filmed during the golden age of gothic horror film sets and doesn’t try very hard to be funny. It doesn’t have the comedic timing or brilliance of Mel Brooks’ Young Frankenstein, from which it derives the formula for its name.

Even though the script lacks style, David Niven (Count Dracula) is still endearing and puts on a strong performance with little support.

One aspect that is sure to bring the ire of the internet is the Countess’ change in skin color, which is a pivotal part of the plot as the Count continuously tries to turn her back to white. It didn’t seem to play out in a racist or malicious way, but I’m not sure that all matters anymore. 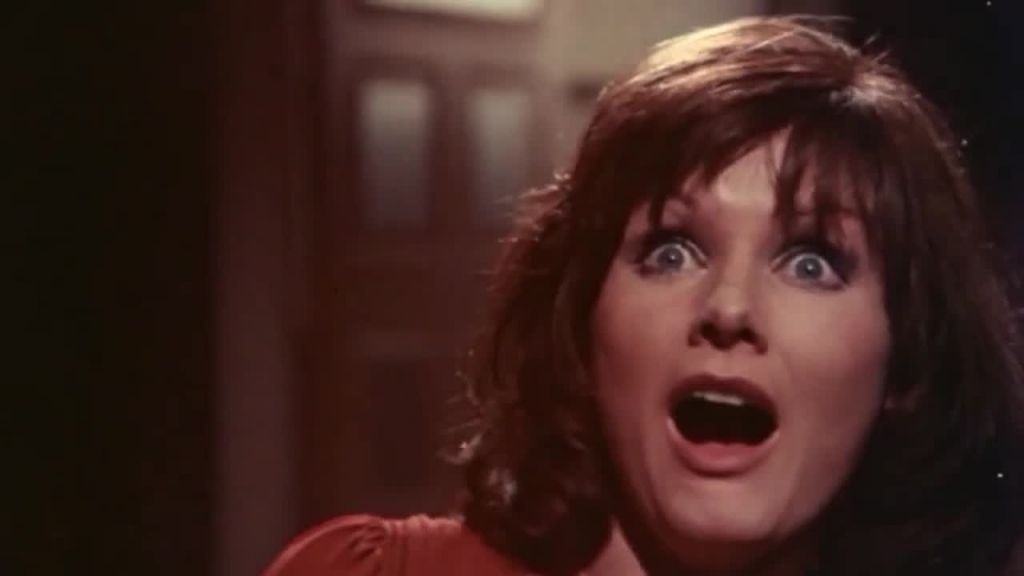 David Niven was A-list before you even knew what that meant. He played Sir James Bond in the spy spoof Casino Royale, as well as starring in Around the World in 80 Days and countless other seminal films.

Peter Bayliss (Maltravers) was also featured in a Bond film – From Russia With Love.

Surprisingly, with a house full of Playboy Bunnies, the nudity is very sparse.

Teresa Graves (Vampira) is a perfect vision of beauty. She retired from acting after this, found faith, and tragically died in a house fire in 2002. Mel Brooks did make a Vampire comedy in the nineties (Dracula – Dead and Loving It), and that is enough for me.

Thankfully, this came at a time when Hollywood was a little more creative, or at least willing to take chances on new ideas like The Texas Chainsaw Massacre. Otherwise, we would have ended up with Baby Werewolf, The Invisible Geriatric Man, The Tadpole from the Black Lagoon… you get it.

Vinegar Syndrome put out a Blu-Ray in 2020 with a since sold-out limited edition slipcover, though there are some standard editions left.