AGFADROME: A Wild Ride for a Killer Cause

On April 3, I entered the AGFADROME — an epic ten-hour virtual fundraising telethon in support of the American Genre Film Archive (AGFA).

The battle for preservation will be fought in the virtual arena!

Last weekend I had the incredible opportunity to help support one of my favorite non-profits, the American Genre Film Archive (AGFA), while indulging in ten glorious hours of cinematic insanity.

AGFADROME was a virtual fundraising telethon designed to support the important work of the organization, which has struggled during COVID due to the mass closing of theaters — a primary revenue-generating source for AGFA. For this special event, each of the core AGFA team members curated and hosted a block of unmissable film programming from the AGFA vaults. From unhinged deep cuts to recent restorations, from sneak peeks at future Blu-ray and theatrical releases to found footage mayhem, the team shared their most passionate picks from the archive.

Attendees were treated to a mix of features, shorts, and everything in between.

Bret Berg kicked things off with a block of unseen footage, hidden gems, and unforgettable shorts. 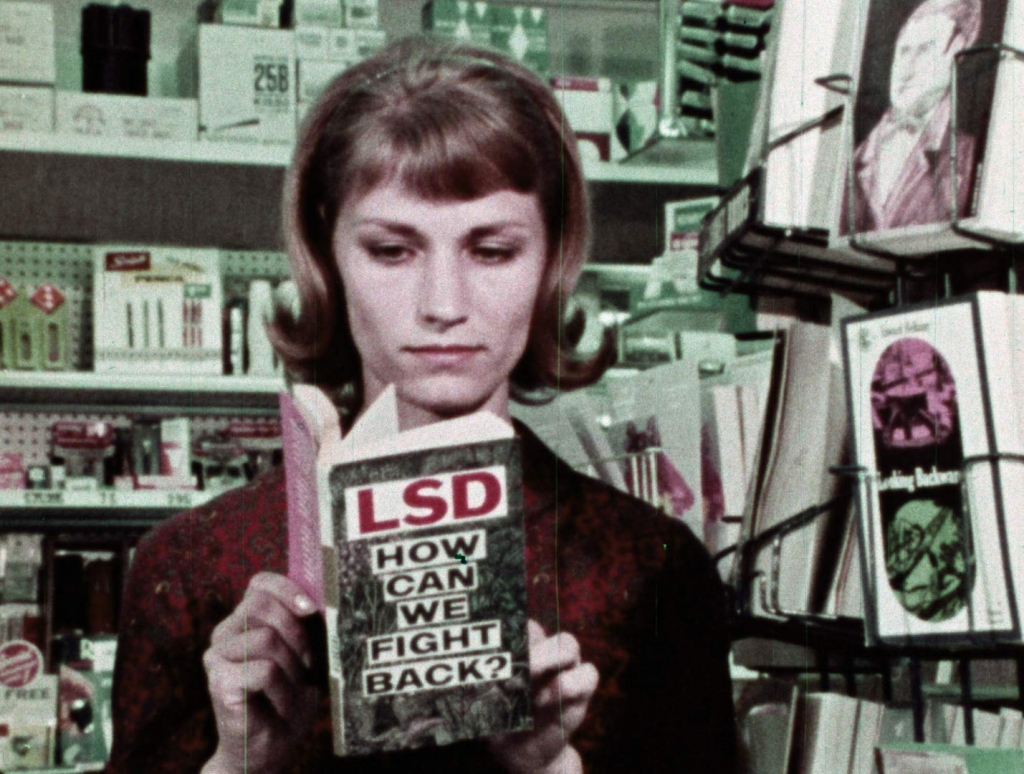 First, we were treated to some content that didn’t make it onto the excellent Blu-ray release of THE SCARE FILM ARCHIVES VOLUME 1: DRUG STORIES! — a collection of the best-of-the-best educational drug-scare films from the twentieth century. Lovingly curated from Something Weird’s vaults, AGFA and Something Weird collaborated to present 2K preservations of these bad trips, bummers, and flip-outs, all from original 16mm prints that were inflicted upon children in classrooms across the country.

Luckily, this Blu-ray is still available to purchase from the AGFA store, and I can’t recommend it highly enough. It was an absolute blast seeing some of the uproarious footage that just missed the final Blu-ray cut. Check out the glorious trailer for compilation here.

Next, we watched a condensed version of the powerful documentary short called CONSENTING ADULTS: A STUDY OF HOMOSEXUALITY, which will appear on the upcoming AGFA/Shout Factor release of THE LEATHER BOYS Blu-ray. The Leather Boys is a 1964 British drama film about the rocker subculture in London. An important film in the genre of queer cinema, the film is notable as an early example of a film that violed the Hollywood production code, yet was still shown in the United States. 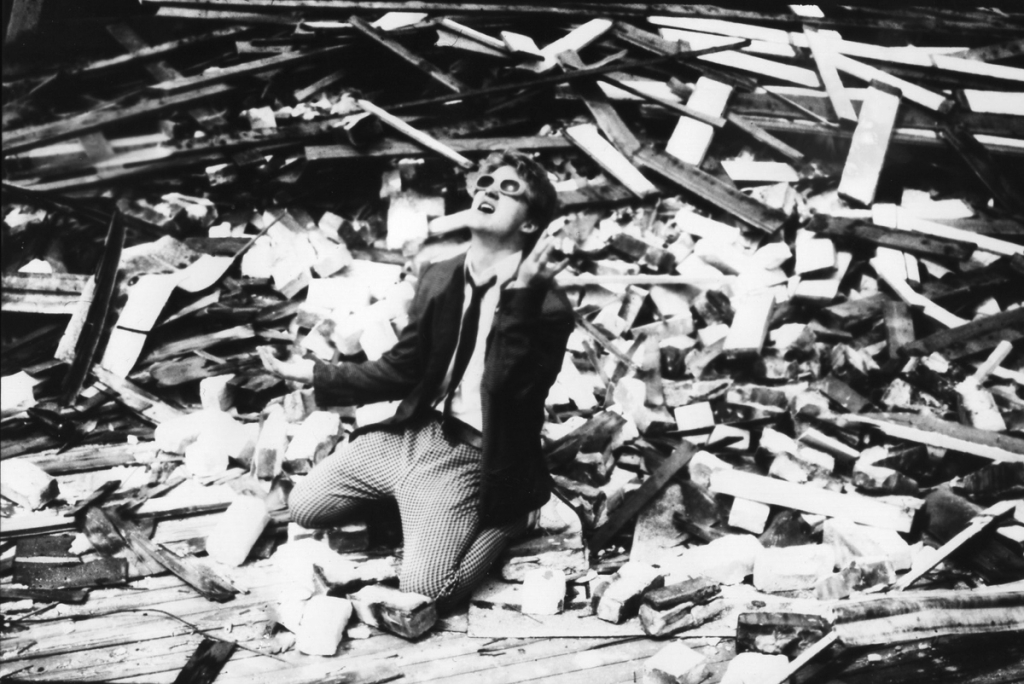 Changing gears completely, the next short was one of my absolute favorites of the entire event: David Boone’s INVASION OF THE ALUMINUM PEOPLE. The short celebrates fifties science fiction films, aluminum, and life in the modern world.

Berg then shared his favorite 30 minutes from the 1993 Intervision film THE SECRET LIFE: JEFFREY DAHMER.  I had yet to experience this compelling treasure starring writer-actor Carl Crew, inspired by Dahmer’s own highly-publicized confessions. You can hunt down the DVD on various sites, including Grindhouse Video. 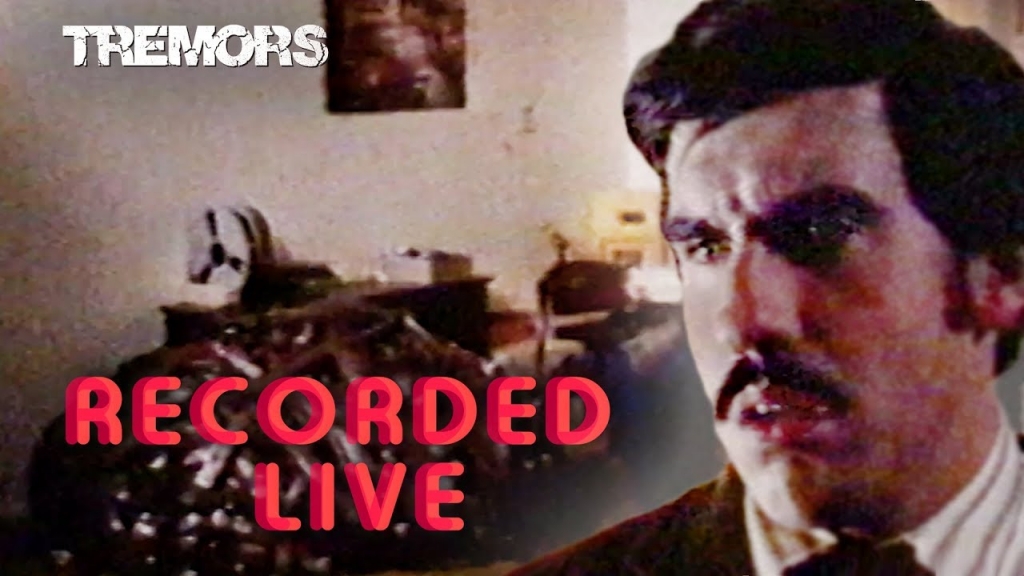 Ivan’s block explored danger in its various forms and proved that, as he hilariously explained, “all crows are bastards”.

Up first was BOYS BEWARE, a disturbing 1961 propaganda film that deals with danger to young boys from predatory homosexuals. The film was released under the copyright laws in the United States at the time of its release and has since lapsed into the public domain.

Next was another short I fell in love with. RECORDED LIVE is an amazing student film from S.S. Wilson, one of the writers of Tremors. It was made in 1975 during Wilson’s time studying at the University of Southern California (USC). The film was frequently featured on HBO’s ‘Short Takes’ series, and you can check it out here.

This was followed up by two side-splitting scare films, DRUGS, DRINKING AND DRIVING and the unbelievable HAVE A GOOD DAY, DEAR (a personal favorite from Ivan’s own collection) about the dangers of workplace accidents. This one honestly has to be seen to be believed. One of the benefits of watching these films as part of AGFADROME is that I got to enjoy the company — and impressive wit — of fellow film fans during the live chat. One attendee described this film as Final Destination meets The Office, and honestly, I’d be hard-pressed to find a better summary.

Ivan’s block wrapped on a real high note with the 1948 film BILL AND COO, an adorable film starring a cast of live birds. Filmed in Trucolor, this 61-minute live-action film was conceived to showcase George Burton’s trained birds. The film also features other trained animals, including cats, dogs, and a crow. The film was shot on the world’s second-smallest film set, a miniature village built onto a 15 by 30 ft tabletop. This is another one that has lapsed into the public domain, and it can be enjoyed in full on YouTube.

The great Joe Ziemba was up next with more mind-blowing Super 8 shorts and some sweetly sanitized smut. 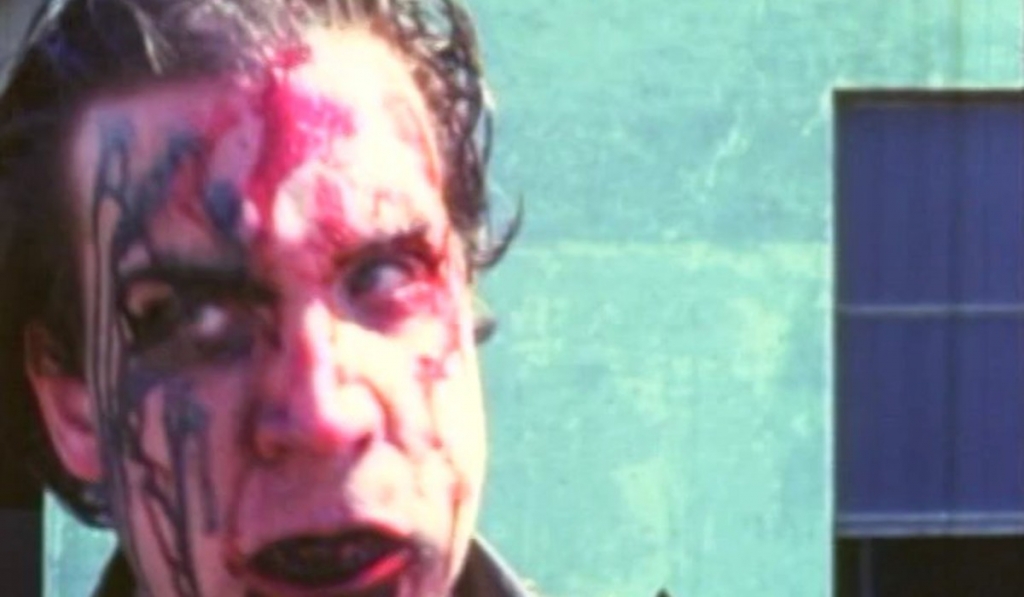 Coming out of the gate strong, Joe delivered a never-before-seen short from William Lee called THE REVENGE OF WILLIE JACK. A DIY Super 8 Short, it suffers from poor audio quality but lacks for nothing in the entertainment department. Essentially, you get to watch a bunch of kids getting their ass kicked by a grown-ass man… and it’s even more delicious than it sounds! We got to see part of the short, more than enough to whet our appetites, and the extended version will be made available on the upcoming AGFA Blu-ray release of TREASURE OF NINJA ISLAND THE FIMS OF WILLIAM LEE.

While that was certainly a hard act to follow, Joe more than delivered with the balls-to-the-wall insanity of the Damon Packard short DAWN OF AN EVIL MILLENNIUM. We learned that this was essentially a 20-minute trailer for a four-hour feature that was never actually made. Mindbending, trippy, surreal, and exceedingly bloody, this spectacular short from the mind of the visionary and visceral underground filmmaker was another absolute highlight of AGFADROME.

I love that Joe decided to next feature a short from the great Tina Krause, musing on the genre’s inclusivity problem and the lack of female filmmakers working in the SOV sub-genre of the 80s and 90s. He said, “We need to elevate female voices,” and I appreciated that so much. I also adored Krause’s ANSWERING MACHINE, a previously unreleased short that Krause used as a demo to get a feature made. When AGFA released her film LIMBO (1999) on Blu-ray, they reached out to her to see if she had any other gems they could include in the film’s special features. Krause gladly included this wonderful EC Horror Comics-inspired short which is done with only inanimate objects and sounds. It’s extremely creative and quite memorable.

I strongly encourage you to pick up the AGFA + Bleeding Skull Blu-ray of LIMBO to see this stellar short along with Krause’s surreal feature film. 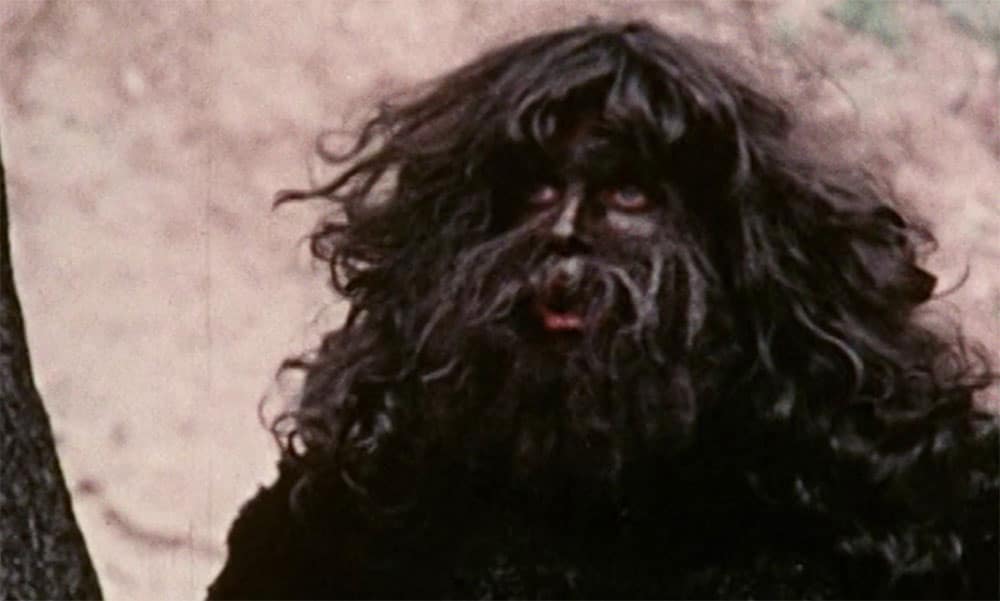 Finally, we ended this block with an unforgettable feature presentation and something Joe personally cut from the brilliant SMUT WITHOUT SMUT series. This series is a tribute to the “adults only” horror movies of the 1970s, with the hardcore elements removed to make these films accessible to a wider audience. A co-presentation of AGFA and Vinegar Syndrome, a Blu-ray of SMUT WITHOUT SMUT was released featuring THINGS TO COME and THE DIRTY DOLLS. Sadly, it’s no longer available for purchase, and this limited release is difficult to track down and quite costly if you manage to do so.

The film we got to experience, SMUT WITHOUT SMUT: BIZARRO HORROR NITE, was only made for theatrical and was never released on home video. Additionally, it won’t be released because Vinegar Syndrome has already released full cuts of the films included in this supercut. Among the films featured in this masterpiece was The Geek, a 1971 adult film about a group of hikers who get ambushed by Bigfoot. We also get the 1973 adult horror comedy Suckula, 1971’s Mania and Dr. Sexual and Mr. Hyde, Widow Blue (1970), Daughters of Darkness (1975, not to be confused with the 1971 film of the same name), and 1971’s The Mad Love Life of a Hot Vampire.

Alicia Coombs showed us a glimpse of the past and a startling vision for the future with a couple of documentary shorts and a far-out feature film. 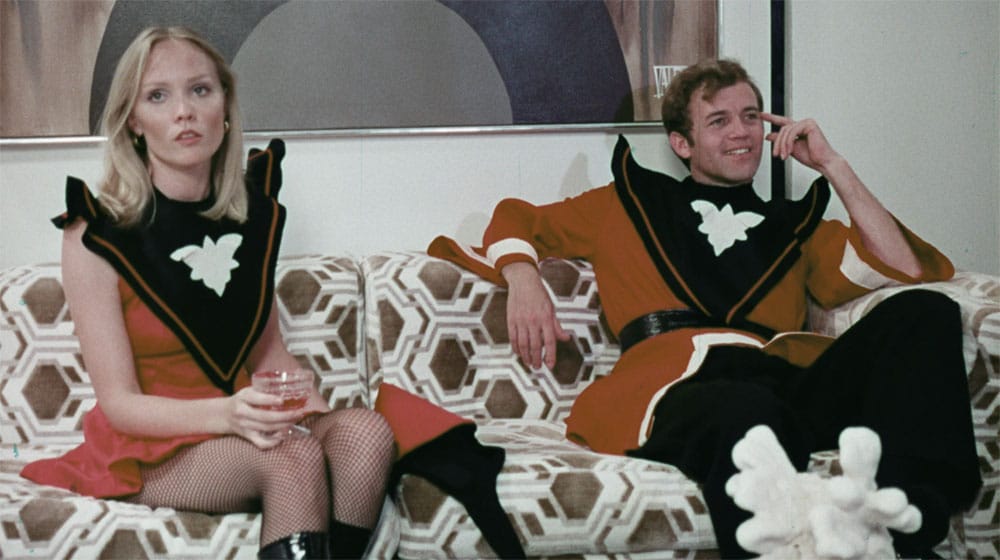 We began with the sweet and oh-so-relatable docu-short BRA SHOPPING, which follows filmmaker Sarah Jacobson as she goes bra shopping with her mother soon after finishing her feature film, Mary Jane’s Not a Virgin Anymore. The short, along with several others, is included in AGFA’s Blu-ray release THE FILMS OF SARAH JACOBSON, which includes a double feature of I WAS A TEENAGE SERIAL KILLER and MARY JANE’S NOT A VIRGIN ANYMORE. Watch the trailer here and purchase here.

Afterward, I was thrilled to see the feature presentation of the SMUT WITHOUT SMUT version of THINGS TO COME. Shot in Texas in 1976, this is a high-quality adult film with an amazing aesthetic and incredible set design. AGFA has the only know print of this buried treasure that features surprisingly good acting, smart social commentary, and a shocking reveal. It’s just incredibly fun and demands to be seen.

Finally, Alicia’s block ended with the short THE TRIP BACK, a recording of one of Florrie Fisher’s motivational speaking engagements to high school kids on the danger of drugs. Fisher was an American motivational speaker in the 1960s and 1970s who traveled to high schools, telling stories about her harrowing past as a heroin addict and prostitute. Her eccentric mannerisms and often lurid stories — which included tales of prostitution, jailhouse lesbianism, and botched abortions — made her into a cult figure in the late 1970s and 80s. She is better known today as the inspiration for the character Jerri Blank on the television series Strangers with Candy.

The event ended as spectacularly as it began, with Sebastian del Castillo bringing the heat and delivering a runaway hit. 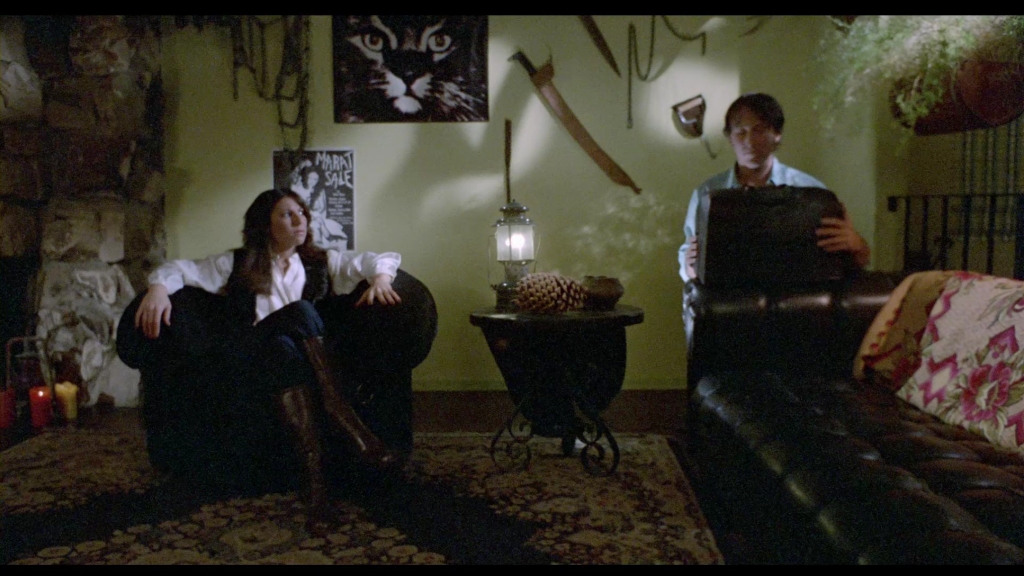 We started with a short that continued a theme of the night, educational scare films, allowing us to experience the madness of 1982’s JUST IN CASE: SUPPRESSION OF SCHOOL BUS FIRES.  Then we quickly got to the main event and a sublime way to end ten hours of perfect programming.

Before rolling the film, Sebastian warned, “The less you know going into this film, the more enjoyable it is.” And, boy, was he speaking the truth. So I’ll give you the same courtesy and say very little about the genius of RUNAWAY NIGHTMARE. But, my god, did I love this film, which gave me one of my new all-time favorite lines of movie dialogue: “I’m into good vibes and witchcraft.”

You can still score this essential genre gem from the Vinegar Syndrome website. But hurry! Only 100 are left in stock at the time of this article’s publication.

This was an absolutely flawless event and an insanely enoyable way to spend the day. My hope is that it was a huge success and AGFA will consider another similar fundraiser in the future. If they do, don’t sleep on it. I promise you’ll have the time of your life, and it’s a cause very worthy of your support.

If you want to help support AGFA and the preservation of genre cinema, you can donate 24-7 at the AGFA official website. Every $1 counts. Additionally, every Blu-ray, merch purchase, and digital download purchase feeds directly into the mission. For daily transmission from the archive, follow AGFA on Instagram and Twitter. And you can sign up for their mailing list to stay informed about releases, screenings, and fundraising events.